Multiple sclerosis (MS) is a neurologic autoimmune disease that is generally diagnosed in young adults. It is a lifelong condition, as it is currently incurable. The medical costs are high, as patients have to cover frequent hospital visits and prescription medications, such as emerging disease modifying drugs. As a result, many patients do not adhere to treatment plans, which further reduces their quality of life. There are also non-medical costs to consider, such as loss of productivity at work and early retirement. Research led by Professor Carl Asche at the University of Illinois, explores the financial burdens and advocates for improved strategies to reduce the cost burden of the disease.

Multiple sclerosis (MS) is an autoimmune condition that affects the brain and spinal cord. Specifically, the immune system attacks the myelin sheath, the protective layer surrounding the nerves. As a result, electrical transmission along the nerves become disrupted, causing a range of symptoms including blurred vision, uncoordinated movement, and muscle stiffness. As well as physical symptoms, patients are also at an increased risk of experiencing depression. MS can affect people of any age but most are diagnosed in their 20s and 30s, making it the most common cause of disability in young adults. It is estimated that one million people in the United States and 2.5 million people globally are living with MS, with approximately 12,000 new cases diagnosed each year in the United States.

MS is a chronic, progressive, and incurable disease. Patients can only manage the symptoms throughout their lifetime. Due to long-term management of the disease, patients can incur a lot of healthcare costs. As MS progresses, an onset of new symptoms will require more emergency care and hospitalisations for patients. 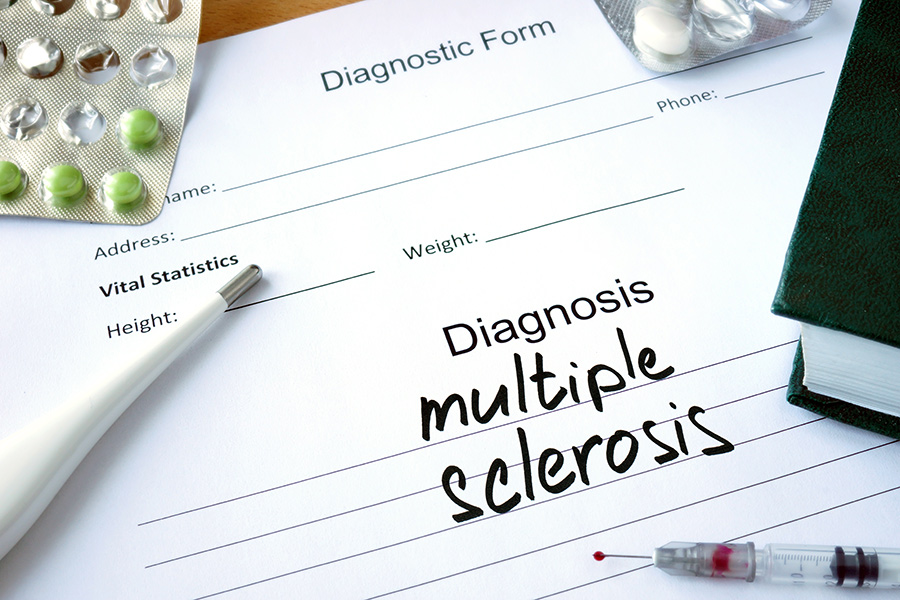 Financial costs
A systematic review of fifteen studies found that total direct and indirect costs per patient ranged from $8,529 to $54,244 annually. Direct costs include medical bills, such as hospitalisations and pharmaceuticals, and comprise 77% of the total cost, with prescription medications accounting for majority of the cost. Indirect costs include expenses associated with short- and long-term disability, productivity losses, unemployment, and early retirement, and comprise 23% of the total cost. In general, the greater the disease progression, the cost associated with treatment and indirect costs (such as assistance for social activities and productivity loss) will increase exponentially.

MS patients are at an increased risk of facing financial hardship that often results in non-adherence to treatment plans.

Medical costs of MS
Using data from the National Inpatient Sample database in the United States from 1994 to 2013, it was projected that MS hospital admissions will exceed $43.5 million by 2017, with an estimated increase of $500,000 annually. Before 2000, it was estimated that the cost of hospitalisation accounted for 30% of total costs burdening patients. In 2013, it was found that charges and costs for all MS patients in the United States was approximately $755 million and $198 million, respectively, and was projected to increase at a rate of $40 million and $8 million, respectively, every year. MS patients also require imaging scans like MRI during diagnosis and follow-up hospital visits to assess levels of lesions in the brain and spinal cord, which can incur large medical bills. However, this was based on data of 20% of admissions in US hospitals in 44 states. When extrapolated, the total national bill for managing MS is estimated at $4.3 billion in 2013. This is a huge economic burden for both patients and taxpayers.

People living with MS may find that their daily lives can be improved through modification to their homes to increase accessibility and safety. The cost of home modifications vary widely and estimates range from $100 to $50,000. Home modification assistance programmes not only benefit people with MS by allowing them to stay safe and independent in their own homes but also result in savings for the healthcare system and for the economy overall by reducing injuries due to falls and premature admission to long-term care facilities.

Non-adherence to treatment of MS
MS patients are at an increased risk of facing financial hardship that often results in non-adherence to treatment plan. A study of 243 patients found that 34.7% (75 patients) reported non-adherence to care (medications and imaging) due to treatment expenses. 26.9% of participants also reported delaying filling of prescription medication because they were too expensive or were denied of insurance coverage. Therefore, MS patients are at a risk of low health-related quality of life, as they are subjected to high levels of anxiety to manage finances and often do not adhere to treatment plan due to financial hardships. This further debilitates their well-being through increased risks of relapse, subsequent hospitalisations, and emergency department visits.

Prescription drugs incur the largest cost of MS management. A new type of treatment for MS is the disease modifying drugs (DMDs). On average, patients with relapsing remitting MS experience one or two episodes annually, which can be very distressing. DMDs aim to reduce inflammation in the nerve cells for people with relapsing episodes of MS, which can reduce the number and severity of relapses. The popularity of this drug has increased over the years but so has the costs in the last 20 years. Prices are set to continue increasing over the foreseeable future. In the United States, the cost of first-generation DMDs was shown to increase annually at a rate of five to seven times higher than that of prescription drug inflation. First-generation DMDs originally cost $8,000 to $11,000 when they entered the market, but now cost approximately $60,000 annually. Newer generations of DMDs commonly costs 25%–60% higher than existing ones.

Some researchers have suggested that due to the effectiveness of DMDs, hospital admission rates would decrease, therefore saving health care costs. Others have suggested that rising prices alienate most patients, resulting in undertreatment, increased number of relapses, and shorter remission periods, which would then require more hospital visits. It is important to note that these drugs cost two to three times higher in the United States than other Western countries.

Non-medical expenses of MS
Patients also face large non-medical expenses, regardless of disability levels. The social cost of MS is high because of the disease’s long duration and has higher prevalence amongst younger adults. This hinders the ability to maintain studies and work over time. Younger patients are more prone to unemployment and significant productivity losses. According to the 2016 Global MS Employment Report, 43% of unemployed MS individuals quit work in the first three years after diagnosis, with 62% stating that tiredness was the main contributing factor.

In Spain, a study of 199 patients with low MS disability found that employment rate fell from 70.6% to 47.2% after diagnosis. The mean retirement age was 43.6 years and the number of retiring patients increased by 23.6%. Thus, unemployment rates remain high within the community. For those who do retain a work schedule, there are indirect costs to consider, such as productivity loss due to lost work hours and premature retirement. In the study, patients lost an average of €8,807 due to work-related costs, such as absenteeism (absence from work) and presenteeism (loss of work efficiency done by a sick patient). When patients are not at work, they may need support for their daily lives and private multidisciplinary healthcare to improve their quality of life, such as physiotherapy sessions. The average cost of annual professional support (such as physiotherapy sessions and paid help for housework) and informal caregiver services are estimated at €1,027 and €1,329, respectively. Most patients will also require a walking aid a few years after disease onset, further adding onto the living cost of MS. The financial burden is even higher with the need for other more expensive durable medical equipment such as manual wheelchairs, power wheelchairs, and other items like adaptive equipment to allow for more independence and mobility as the disease progresses.

Implementation of workplace strategies for job retention amongst MS patients is essential to decrease further debilitating non-medical effects of the disease. Studies have also shown that effective therapies, such as high-efficacy DMDs at early stages of MS can significantly improve work productivity and lower the overall cost of economic burden.

MS is an expensive disease. Patients often worry about medical debt, expensive treatments, high rates of disability that requires assistance, and lost income. However, there exist patient assistance programmes from pharmaceutical companies to offer financial support to those who cannot afford the medications. Non-profit organisations, such as HealthWell Foundation, Patient Access Network (PAN) Foundation, and the Patient Advocate Foundation offer excellent assistance for patients, so their living costs do not mount up and quality of life can be improved. Thorough and improved discussions surrounding costs has to occur between healthcare professionals and patients when planning treatment strategies. It will be interesting to stratify cost with The Expanded Disability Status Scale (EDSS) in future work. Policies to improve access and affordability to imaging and medication are also needed, so the economic burden shared by MS patients can be decreased.

How can medical and non-medical costs be decreased for patients?

<>
Removal of step therapy requirements from insurance companies mandating that patients try a lower efficacy DMD prior to starting a higher efficacy DMD, thus leading to increased disease activity and hospitalisations. Immediate response from the insurance company when a drug is denied, so that an appropriate alternative can be selected or a peer-to-peer review can be initiated to get the patient on the appropriate medicine in a timely fashion. This delay in insurance notification/approval can lead to relapses and hospitalisations. An alert within the electronic medical record to notify the physician if the prescribed medication is not covered under insurance, with a pop-up box for similar alternatives that are covered. Reducing the cost of MRI scans for patients that require them yearly. 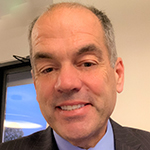 Carl V. Asche, MBA, MSc, PhD, is a Research Professor of Medicine and Neurology at the University of Illinois College of Medicine at Peoria. He is also a Research Professor of Pharmacy Systems, Outcomes & Policy at the University of Illinois College of Pharmacy at Chicago. He serves on numerous health economics-focused boards and committees and his research is funded by a variety of state/federal agencies.

The research of Professor Carl Asche focuses on the use of comparative effectiveness research and cost-effectiveness analysis in health care decision making.