Biology
In its lower reaches the Congo River is the world’s fastest and deepest river, and this short stretch hosts great biological diversity. Many fishes inhabiting the lower Congo River display adaptations to life in such an extreme environment, and often similar adaptations have arisen in fishes distant from each other on the tree of life. Professor Melanie Stiassny, along with her partners at the American Museum of Natural History, CUNY Graduate Center and York College, the University of Kinshasa, and the University of Marien Ngouabi, have been studying the fish of this region for over ten years, and their work has produced many interesting findings.

The Nile might be Earth’s longest river, and the Amazon might contain the most water, but neither are as deep nor as fast-flowing as are places along the Congo. This is particularly evident in the river’s lower reaches, extending for two-hundred miles upstream from the Atlantic Ocean, where huge rapids and deep underwater canyons create a highly turbulent region that may appear uninhabitable at first glance. Indeed, the intense surface rapids largely prevent the movement of motile animals, however, many fish species have adapted to these extreme hydrological conditions through biological processes that are the focus of Professor Melanie Stiassny’s research in this hyper-diverse region, a collaborative and long-term research program between the American Museum of Natural History, CUNY Graduate Center and York College, the University of Kinshasa (Democratic Republic of Congo; DRC), and the University of Marien Ngouabi (Republic of Congo; RC). 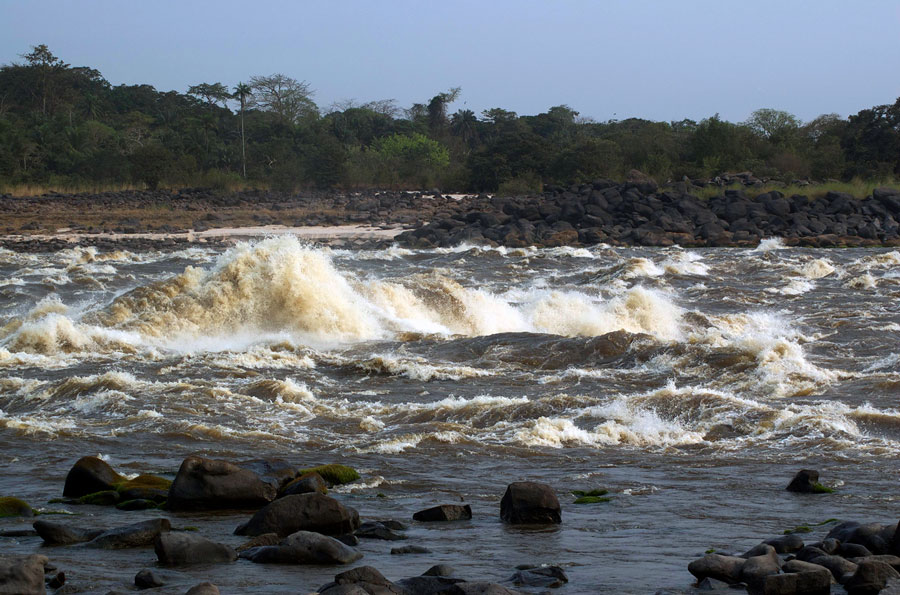 Professor Stiassny and her New York collaborator Liz Alter believe that the participation of Congolese partners and students, and the building of in-country ichthyological (the branch of zoology devoted to the study of fishes) capacity is central to its success. Referred to as the Congo Project by its collaborators, it aims to document the different fish species inhabiting the lower Congo River, which are currently poorly understood. Some exciting discoveries have been made by the Congo Project so far; physically and genetically distinct species have evolved similar traits in a process known as ‘convergent evolution’, where separate populations undergoing similar selective pressures evolve to exhibit similar morphological traits. This research is important as it documents one of the few cases where this type of evolution has occurred among distantly related species over a relatively short timeframe and at extremely small spatial scale. The lower Congo system holds the potential to provide a greater understanding of the adaptation and diversification of species inhabiting extreme environments.

Despite the harsh conditions of the central stream of the lower Congo, this stretch of the river boasts an exceptionally high diversity of fish species.

Hydrological and biological diversity
Despite the harsh conditions of the central stream of the lower Congo, this stretch of the river boasts an exceptionally high diversity of fish species. The lower Congo occupies just 2% of the area of the total Congo basin, but contains nearly 30% of all species, and 30% of those are endemic to the lower Congo, meaning that they are only found in this region. Trying to answer the question of why so many species have arisen within the lower Congo, Stiassny’s group has focused on the unique physical properties of the river itself. The annual discharge of the Congo is extremely high, second only to the Amazon, and combining this with the varying width and steep incline of the lower Congo generates complex flow regimes that have affected the development of life in the river. Below the surface of the river, beneath its raging rapids, the team has documented an extraordinarily complex hydrological system that has created different and distinct ‘pockets’ throughout the river that potentially serve as habitat refuges for different species and populations. Surveys of the river have recorded regions of low water velocity near the banks entirely separated by the high-velocity central stream. The intense flow between the low flow velocity regions on either side of the river channel hinders the movement of fishes both across and up/down the river, and thus the fishes inhabiting the separated, low flow velocity areas are physically separated by the water itself and rarely or never encounter one another. These conditions are ideal for the occurrence of speciation, where populations of a single species that have been separated over time evolve into genetically distinct lineages.

Evolution in isolation
The concept of speciation has served as a cornerstone of evolutionary theory since the 19th Century. Understanding the process by which one species can evolve into two or more genetically distinct species is vital for understanding he process of evolution itself. There are several different forms of speciation, but here, we focus on allopatric speciation, which occurs when populations of one species become physically isolated by events such as continental drift or the formation of mountain ranges and evolve into separate, distinct species when they face different conditions and pressures to which they must adapt.

Different species may develop similar traits to adapt to similar ecological niches in different parts of the world, which is known as convergent evolution – the process by which species evolve independently and yet display similar or the same traits. For example, Old and New World vultures are not phylogenetically related, yet both are adapted to feeding on carrion, sharing their featherless heads and soaring behaviours when searching for food. However, these vultures live and have evolved independently on different continents. The process of evolution is slow, taking tens of thousands to millions of years, as the geological factors separating populations are similarly slow. However, the rapid currents and deep canyons of the lower Congo River have sped up this process. Numerous observations of populations divided by river currents, rather than mountain ranges, were made in the lower Congo, and this case is unique in that such evolution has occurred over such a small spatial scale. Therefore, the lower Congo River is an ideal place for studying the diversification and evolution of species as it occurs rapidly at such a small spatial scale. 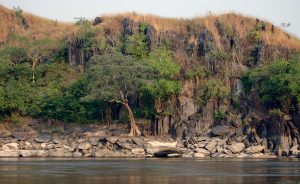 Diversity in the lower Congo
The Congo Project commenced as a collaborative effort between the American Museum of Natural History, the University of Kinshasa, DRC, and the University of Marien Ngouabi, RC in 2006. The aims were to record fish diversity in the lower Congo, understand the distributions of different species, and elucidate how these species evolved and their populations formed in such a diverse environment. The first signs of the lower Congo’s bizarre fish populations were discovered when the local fishing community noticed that the ‘blind cichlid’, Lamprologus lethops (which lacks pigment and has skin-covered eyes) was only found dead or dying washed up on the shore. It was later determined that these fish dwell in the depths of the river and occasionally become caught in strong upwelling currents, bringing them to the surface. Adapted to extremely high pressures, deep-ocean fish are unable to survive should they rise above a certain depth as the change in pressure causes the formation of gas bubbles in their tissues. This phenomenon is known as catastrophic decompression syndrome, and the same appears to be true for the bottom-dwelling fish of the lower Congo.

Upon the retrieval of a live individual of L. lethops, gas bubbles appeared to rapidly form within its tissues as it died, strongly suggestive of its adaptation to a high-pressure environment. Compared with other individuals of its genus residing in the Congo River, L. lethops is the only species apparently adapted to withstand the conditions of the river’s bottom, with its depigmented skin, reduced eyes, and elongated body. Yet, L. lethops is not the only species exhibiting these traits. Such a morphology has also been discovered in a series of phylogenetically distant species, including Stomatorhinus microps, a species of elephantfish, the spiny eels Mastacembelus brichardi and crassus, Notoglanidium pallidum, a species of African big-eye catfish, and Gymnallabes nops, a species of walking catfish. This is a clear example of phenotypic convergence – the “reduced eyes, lack of pigmentation, elongated body” phenotype has evolved separately in species from distantly related families. The current phase of the Congo Project aims to continue to investigate this extreme phenotypic convergence and establish how quickly these phenotypes emerged, how similar the morphologies of species in the same and different classes exhibiting these phenotypes are and determine whether these traits evolved during a similar timeframe. 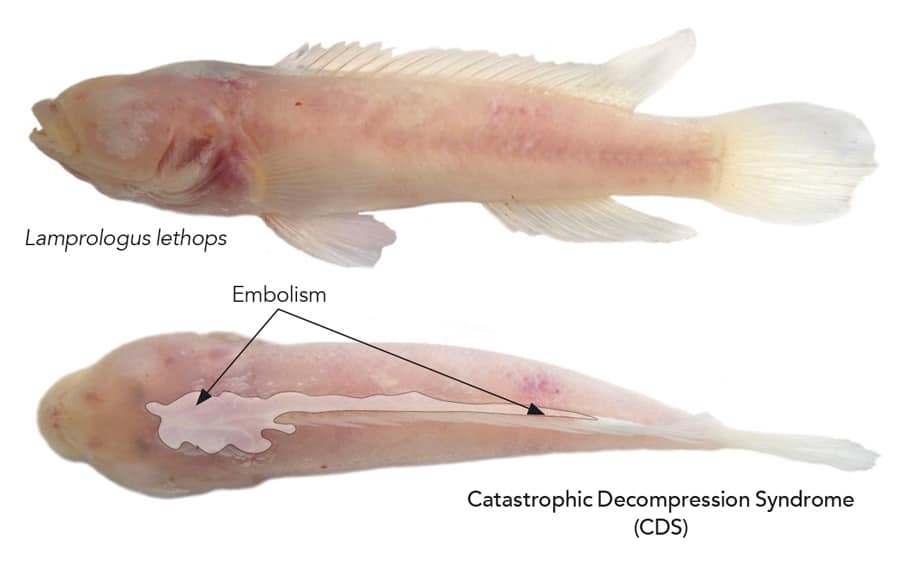 The research conducted by the Congo Project is significant as it has identified the lower Congo River as a region where convergent evolution can be observed and recorded, which is vital for understanding the mechanisms behind such evolutionary patterns. The project continues to describe the diverse array of fish species found in the lower Congo region, which had been previously poorly understood.

What is it that makes the case of phylogenetic convergence in the lower Congo River so unique?

<> The lower Congo River is one of the most extreme freshwater habitats on Earth. Vast volumes of water plunge down a narrow channel to the ocean, forming some of the largest whitewater rapids and the deepest underwater canyons on Earth. The river is home to an extraordinary array of fishes, many of which are bizarre in appearance and exhibit numerous adaptations to life in turbulent, high-energy waters. Among these are striking examples of morphological convergence, strongly suggesting a shared signature of selection. The fishes of the lower Congo present an unparalleled natural experiment to investigate the variety of mechanisms by which convergent phenotypes have repeatedly evolved across deep phylogenetic time.

Fishes in the lower Congo River. An extreme case of species divergence and convergent evolution was last modified: July 11th, 2019 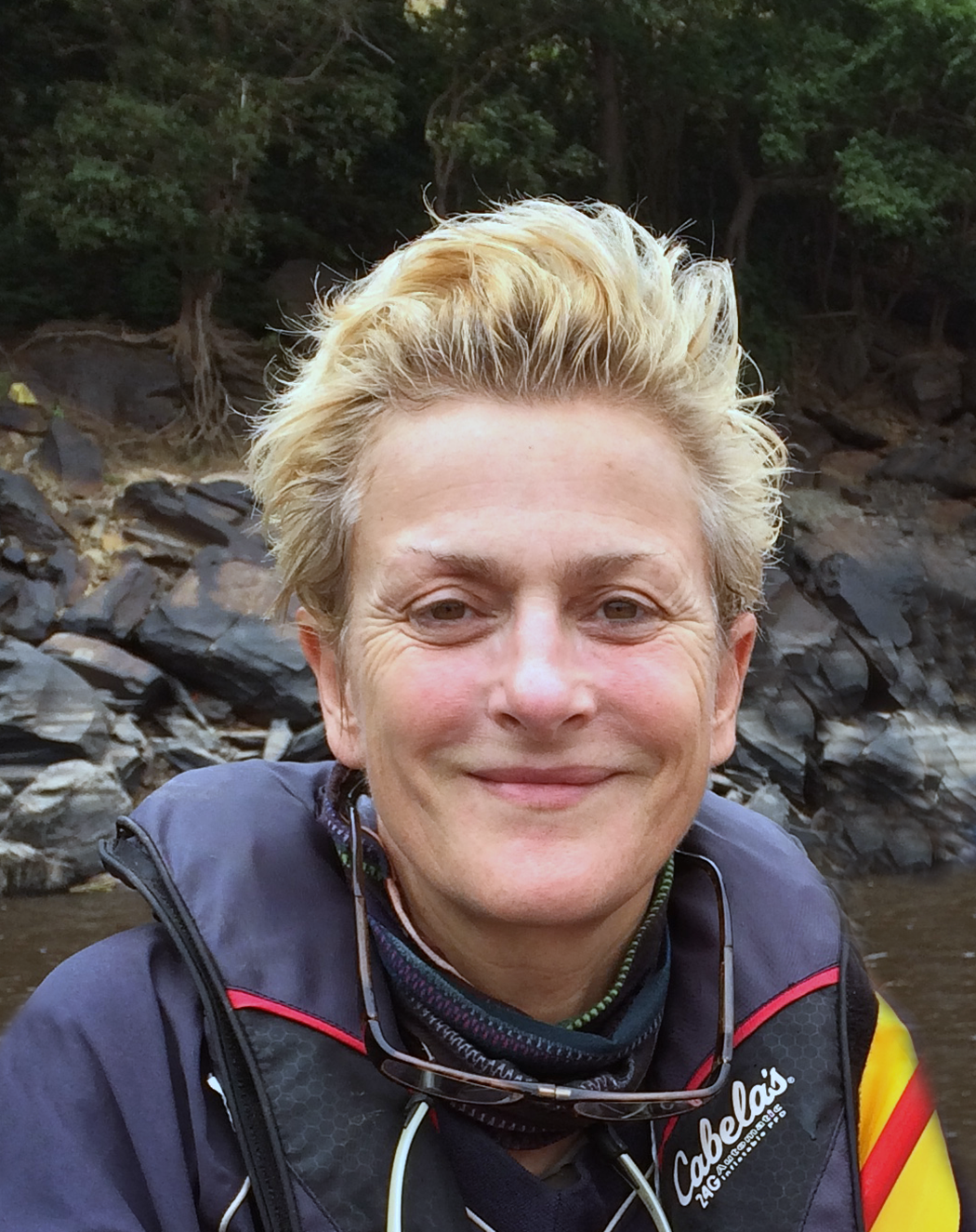 Melanie Stiassny is the Axelrod Research Curator of Ichthyology at the American Museum of Natural History, and Professor in the museum’s Richard Gilder Graduate School. She is Lead Curator for the museum’s iconic Hall of Ocean Life, and serves as scientific advisor to various conservation organisations. She has authored numerous scientific papers, books, and articles and is a popular lecturer in Museum educational outreach programs.

Professor Stiassny’s research focuses on the systematics and evolutionary morphology of fish faunas of the Old World tropics.