When a person dies from cancer, the cause is usually not the primary tumour, but the metastases. Metastases are secondary tumours that develop when cancerous cells leave the original tumour and travel to other parts of the body. Despite many recent advances in medical science, metastases are extremely difficult to treat. While people with metastatic cancer can sometimes survive for many months or years, the disease is almost always fatal, leading to the deaths of 10 million cancer patients globally every year.

New research avenues are needed to address the challenges of preventing and treating metastatic cancer. One novel idea is to apply the principles of evolution to cancer. While, for many people, the term ‘evolution’ might conjure up images of larger species – humans evolving from ape-like creatures, for example – the tenets of evolutionary biology also apply on a cellular level. Normally, cells do not simply operate on their own behalf; each cell has a specific function, which contributes to the survival of the whole organism. However, sometimes things go wrong. Unwanted genetic changes can create a cancerous cell, one that divides uncontrollably, leading to the growth of a tumour.

Dr Sarah Amend, Assistant Professor of Urology and Oncology at Johns Hopkins University, and her colleagues believe that cancers might undergo convergent evolution – the process in which the same characteristics emerge in different species as a result of separate evolutionary processes. For example, both birds and bats have wings, but the feature arose as the result of separate evolutionary processes.

One type of cancer cell, called a poly-aneuploid cancer cell (PACC), could potentially represent a form of convergent evolution. These cells appear to be present in every type of cancer, in all patients with metastatic disease; they appear to be the ‘common denominator’ of all types of cancer. If this holds true, then the majority of lethal tumours converge on a single phenotype of lethality and resistance: one the research team thinks is due to PACCs.

PACCs play a critical and disproportionately large role in the development of terminal cancer.

Cancer adapts to a changing environment
Tumour cell heterogeneity has been studied for many decades. It describes the observation that cancer cells are not all the same. Like normal cells, cancerous cells are good at different things, including their ability to grow, divide and survive. A cancer cell with evolvability can divide rapidly to create new cells with many different properties. Through forming more numerous and more varied cells, there is an increased chance that some will be well-adapted to the environment, i.e. cells with a high level of variation will have access to a larger toolbox of the adaptive traits needed to survive. For cancer cells, this means the ability to survive all assaults, from the body’s own defences to chemotherapy. This capacity to adapt and thus to survive changes that would prove catastrophic to other cells is a key feature of some metastatic cancer cells.

Dr Amend and her colleagues, however, are introducing a new idea. They are applying the concepts of evolution – and particularly convergent evolution – to their research into how some specific cancer cells are able to survive all attempted treatments. Dr Amend uses the term ‘evolvability’ to describe the ability of some cells to evolve; that is, the potential to develop varied characteristics that can be inherited by the next generation of cells.

Dr Amend has focused on identifying and characterising PACCs. PACCs display some unique and intriguing properties that contribute to the development of metastases and their resistance to treatment. Crucially, PACCs are found in nearly all patients with terminal cancer. These cells, which are unusually large and contain far more than the normal amount of genetic material (DNA), are remarkably resilient. This means that they are unaffected by standard cancer treatment, such as chemotherapy, and species of cancer cells that produce PACCs are more likely to out-survive those that do not. Compared to other cancer cells, PACCs also likely have a greater ability to move around the body and invade other tissues, triggering the growth of metastatic tumours. Dr Amend believes that these qualities allow PACCs to play a critical and disproportionately large role in the development of terminal cancer.

Cancer cells survive and thrive
The rigours of cancer treatments may not only fail to destroy PACCs – they might actually induce the formation of these sinister cells. Previous research by Dr Amend and colleagues has shown that PACCs can emerge in response to stress, including from medical treatments like chemotherapy. In patients with metastatic cancer, PACCs are more common in the metastases than in the primary tumour.

So how do PACCs survive all attempts to destroy them? The answer might be found in their capacity to ‘play dead’, or enter a state called quiescence. Quiescent cells exit the cell cycle – the normally ongoing process of cell growth and division – but retain the ability to re-enter the cycle when conditions are more favourable. For PACCs, this means that they can protect their genetic material and avoid destruction when exposed to stresses such as chemotherapy. This trait also allows PACCs to survive the stresses caused by travelling around the body and invading other tissues. Once the stress is removed – for example, if chemotherapy is stopped – quiescent PACCs are able to re-enter the cell cycle and resume the process of making new cancerous cells.

PACCs allow cancer to persist and survive in the face of unexpected stresses. Evolution acts on genetic variation; the more variations available, the higher the likelihood that one will allow adaptation to environmental changes. PACCs’ abnormally large amount of genetic material means that they may contain many potential solutions to challenges and stresses. The level of variation is far greater than would be found in a normal cell, such as a prostate or kidney cell. This genetic variation also allows cancer, via PACCs, to speed up evolution in stressful conditions. Once the environment is more favourable, evolution is allowed to slow.

In the case of PACCs,
their evolvability could be their downfall.

Convergent evolution of lethal cancers
The ubiquity of PACCs is not limited to humans. The characteristics of PACCs have also been found in other, very different, species, including single-celled organisms like bacteria. Here, they also appear in response to stress, suggesting they may be the result of ancient, ancestral genetic programming. As in cancer, features such as a large and disorganised collections of genetic material allow single-celled organisms to rapidly adapt to a changing environment.

Similarly, the appearance of PACCs in every type of cancer could be explained by their unique advantages. PACCs offer a level of genetic variation that allows cancer cells to exploit a vast range of possible solutions to challenges like environmental stress and chemotherapy.

Exploiting PACCs to treat cancer
Dr Amend believes that targeting PACCs should be central to the development of future cancer treatments. PACCs may often be responsible for the re-appearance of cancer in treated patients; eliminating the cancer therefore demands elimination of the PACCs.

One ingenious way to destroy PACCs could be to use their own strengths as a weapon. To do this, Dr Amend suggests exploiting a phenomenon called an ‘evolutionary trap’ or ‘evolutionary double bind’. In this situation, a species evolves a certain characteristic in response to environmental change, which inadvertently makes it vulnerable to a different threat. In the case of PACCs, their evolvability could be their downfall.

When a normal body cell divides, its genetic material, organised in chromosomes, is split equally between two similar-sized offspring cells. The process is regulated by a structure called a centrosome, which controls the equal division of chromosomes. For cells with an abnormal amount of DNA, like PACCs, the process is more complex. Extra centrosomes are needed to ensure that the division process does not result in the destruction of the cell. A protein called kinesin 14 allows the extra centrosomes to function properly. Crucially, whilst PACCs are reliant on this protein for cell division, normal cells can function without it – meaning that destroying kinesin 14 could eliminate PACCs while leaving normal cells unharmed. Dr Amend proposes that the evolutionary trap would involve using chemotherapy to trigger the creation of PACCs through stress responses, followed by administration of a drug specifically targeting kinesin 14. This drug would block the activity of kinesin 14, interfering with the function of the extra centrosomes. Without kinesin 14, PACCs would be unable to divide and create copies of themselves; and without PACCs, the cancer would be vulnerable to other cancer treatments.

These ideas are at an early stage. Much more research is needed before the evolutionary trap can become a viable treatment for patients with metastatic cancer. However, the novel approach taken by Dr Amend and her colleagues of applying the principles of evolutionary science to cancer holds huge potential. While kinesin 14 has been a focus of research to date, the team also hopes to investigate other potential targets. Whether via kinesin 14 or another route, seeking to target the unique features of PACCs could provide new and effective ways to combat metastatic cancer, offering hope to people suffering from this currently untreatable disease.

Besides kinesin 14, are there other potential ‘evolutionary traps’ that could be used to develop new treatments?

<> The biology of PACCs is remarkably different to that of other cancer cell types. What that means is that there are many different vulnerabilities to exploit. For example, we know PACCs have a different metabolism than other cancer cells and likely respond to stress differently, so we are testing if already-available drugs that are used for different diseases can be used to target that specific characteristic of PACCs. We are working on profiling PACCs to identify all of the proteins that are different to discover new PACC-specific targets. 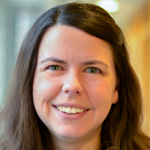 One thought on “The adaptive cancer cell: How metastases evolve to resist treatment”