Insulin is a vital hormone. When you eat or drink, the process of digestion converts carbohydrates into simple sugars – mainly glucose. Glucose passes into the blood, where it is transported around the body. The pancreas contains beta cells, which release insulin according to the amount of glucose in the blood. If glucose is low, no insulin is made, but if you have guzzled a litre of lemonade, your beta cells go into overdrive and produce enormous amounts of insulin. Normally, this metabolic dance happens completely unconsciously.

In diabetes, this system breaks down. The commonest form of diabetes is type 2, which accounts for about 90% of all those affected. Only around 8-10% of people with diabetes have the potentially more serious type 1. 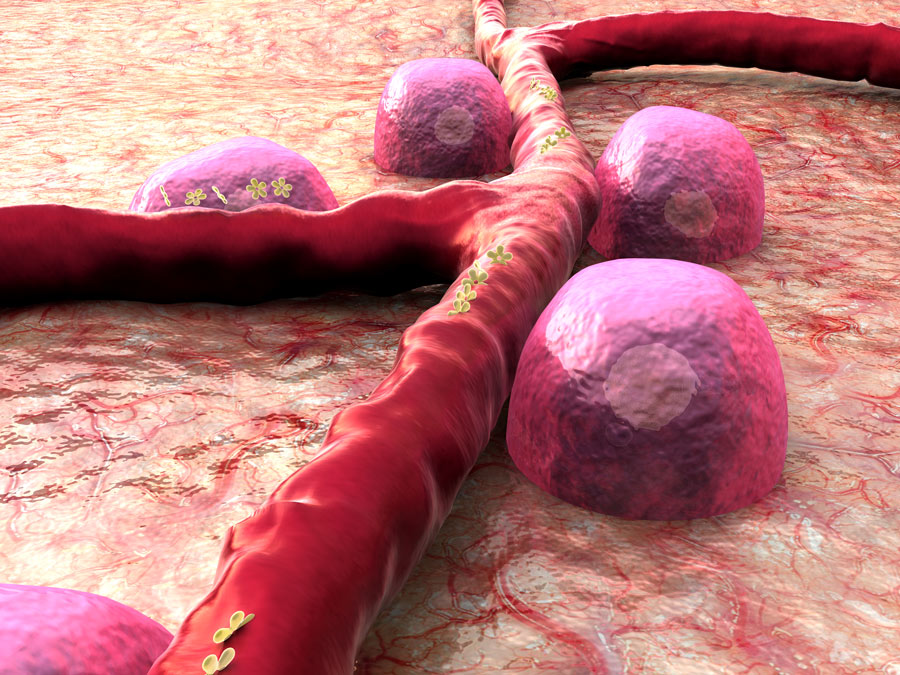 In type 1 diabetes, the beta cells are attacked by the immune system. Once a critical number of beta cells have succumbed to the immune attack, diabetes develops and – usually with little warning – severe symptoms of diabetes evolve. In the absence of insulin, the body misreads the situation: it interprets the absence of insulin as a sign of dangerously low glucose levels. The liver starts to manufacture glucose, further increasing the blood sugar level. As glucose levels rise, the kidneys can no longer conserve glucose and it spills into the urine, acting like a diuretic. Excess urine production quickly leads to dehydration, thirst and rapid weight loss.

The blood sugar balancing act
People with type 1 diabetes cannot produce their own insulin. To survive, they must receive insulin treatment.

Insulin treatment is a complicated balancing act between diet, exercise and insulin. An imbalance may lead to high glucose levels – hyperglycaemia – which will eventually damage the vital organs, nerves and blood vessels, leading to serious long-term complications. Too much insulin leads to low blood sugar, or hypoglycaemia. Every person with type 1 diabetes is trained to recognise and treat hypoglycaemia, or “hypos”. However, hypos are sometimes difficult to identify – especially at night – and may have serious consequences such as a coma or seizures.

The challenges of treating diabetes in children
Without insulin treatment, type 1 diabetes is fatal. Fortunately, there are several different insulin treatments available. Most people with type 1 diabetes take insulin via injection. The first part of this treatment is a basal insulin: a “background” insulin designed to keep blood sugar levels stable between meals. Additional “bolus” insulin injections are required for meals and snacks.

Physically and psychologically, children may respond differently to treatments when compared to adults.

Physically and psychologically, children respond differently to treatment when compared to adults. Children tend to vary more in their day-to-day lifestyle – in diet and physical activity, for example. They are also more susceptible to illness. These factors introduce a level of unpredictability that can make treating type 1 diabetes in children tricky; many basal insulins need to be taken at the same time every day, for example.

Dr Nandu Thalange of Al Jalila Children’s Speciality Hospital, Dubai, is a paediatric endocrinologist with a particular interest in childhood diabetes. Nandu believes that the treatment of type 1 diabetes in children requires a level of flexibility that many existing treatments do not offer. In 2015, a long-lasting insulin called degludec was launched. This new type of basal insulin offers exactly the type of flexibility and control that is needed by young people with diabetes. 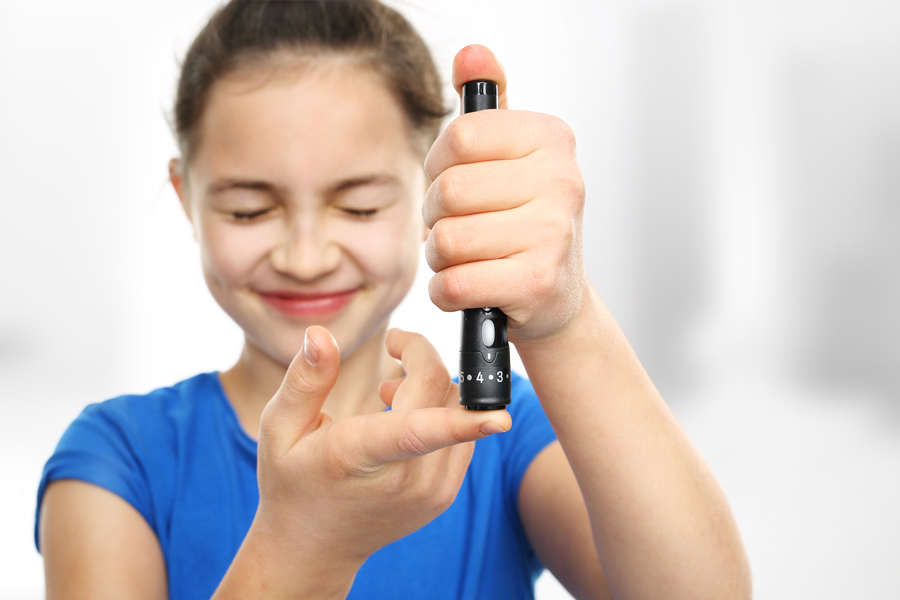 Degludec: a new type of long-lasting insulin
Degludec is currently the only long-lasting insulin approved for treating diabetes in very young children. Degludec has a half-life (the time it takes for the concentration of the drug in the body to reduce by 50%) of more than 24 hours, and is slowly and consistently absorbed by the body, maintaining steady blood glucose levels – a condition called “steady state”. This means that delayed or missed doses – or even duplicated doses – are much less of a problem than with other types of basal insulin. Another advantage of achieving steady state means that there is always some insulin onboard, preventing a serious condition called diabetic ketoacidosis.

Nandu played a leading role in the BEGIN Young 1 trial that led to degludec being approved for the treatment of diabetes in childhood. After recognising an unmet need for guidance on safe and effective use of degludec, Nandu hopes to assist other physicians by advising on how to make best use of its “steady state” biochemistry, particularly when treating children. To this end, Nandu recently created several “fictionalised” case studies to help other doctors to use degludec effectively.

Long-lasting insulin offers flexibility
One key case study describes how to start a patient on degludec. Children and adolescents can vary greatly in the dose of insulin needed for effective blood sugar control; factors such as age, BMI and puberty should all be considered. For this reason, it is important to begin with a fraction – say 40% – of the expected daily dose. This can then be gradually increased until blood glucose stabilises. Once degludec has reached steady state in the blood stream, in around three days, the dose can be adjusted.

Doctors might choose to switch patients to degludec to take advantage of the drug’s unique properties. Degludec only needs to be taken once daily, which helps children who find the injection process distressing. Degludec is a good choice when either the child or their parent has difficulty keeping to a rigid dosing schedule, as the dose timing can be varied widely from day to day. The teenager who forgets his or her degludec dose at bedtime can take it in the morning (or afternoon!) when they wake up, with no harm done.

One particular case study neatly demonstrates just how useful the unique properties of degludec can be. Nandu explains:

Daisy was diagnosed with diabetes on her 4th birthday, while seriously ill with diabetic ketoacidosis. At first, Daisy was given an insulin called glargine, but she had unpredictable low blood sugar at night and after exercise.

Daisy’s parents found the strain of diabetes unbearable. A continuous glucose monitor reduced the stress of frequent glucose checks overnight, or when she was at school. Daisy’s doctor also suggested an insulin pump to prevent low blood sugar, but Daisy was a very boisterous, active girl, and her parents felt it would be too much for her.

Degludec offers exactly the type of flexibility that is needed in treating young people.

Daisy’s dad travelled often for work and her mum worked shifts. This made giving the glargine on time very difficult. Once, after coming home late, mum forgot the glargine and didn’t realise until Daisy started vomiting the next morning. On another occasion, mum gave Daisy the glargine and then dad, arriving home late, gave another dose and they had to stay up all night feeding her glucose drinks.

Their doctor suggested changing to degludec. Unlike other insulins, it can be given up to 16 hours early or late. Even an accidental ‘double dose’ does not cause a major problem – just skip the next day’s dose. Daisy needed less degludec and had fewer hypos. The diabetes was still tough to live with, but the flexibility and peace of mind the degludec gave was a great relief.

The other main system for managing diabetes is an insulin pump. These are pocket-sized devices that deliver insulin continuously throughout the day and night and work well for many people with type 1 diabetes. These devices are usually combined with a continuous blood glucose monitor. Some will even adjust the insulin supply accordingly. Pump users tend to need less insulin and have better-controlled blood glucose levels. However, pumps are not suitable for every patient and can sometimes fail, necessitating a return to injection therapy. In an example given by Nandu, a teenager did not notice that his pump had detached from his body during sleep, which led to a hospital admission with diabetic ketoacidosis. Some teenagers, with very active lifestyles, are also keen to try a less “visible” treatment.

The future of diabetes treatment?
Despite the slightly higher cost of degludec compared with other basal insulins, its lower dosing means it is actually cheaper than most alternatives. Its greater stability gives it a shelf-life of 56 days, whereas most insulins have to be discarded after 30 days in use. If one factors in reduced ketosis – the precursor to ketoacidosis – the cost savings are dramatic.

Nandu and his colleagues believe, based on their broad experience, that degludec is a highly effective treatment for young people with type 1 diabetes. The unique flexibility of the drug means that it has the potential to improve the health, prognosis, and quality of life for many – if not most – children and teenagers living with this serious, life-long condition.

In your experience, how has degludec improved the quality of life of children and young people with type 1 diabetes?

<> Insulin degludec offers real benefits for patients and families – better, more stable background insulin with freedom to dose when convenient (± 16 hours), with lower rates of low blood sugar and diabetic ketoacidosis, in a single daily injection. In my opinion, it is the best basal insulin there is, and has really tangible benefits for patients.

Recently, I presented a small pilot study of degludec from diagnosis and our preliminary results appear to show most patients achieve a sustained remission (“honeymoon”) – indicating that the steady state biochemistry of degludec is reducing the demands on the damaged beta cells of the pancreas, by controlling glucose toxicity. In practical terms, this means really good glucose control, which is sustained for a longer period. Landmark studies have shown that good control early on in diabetes has decisive and enduring benefits, even 30 years later, with reduced diabetes complications and deaths. 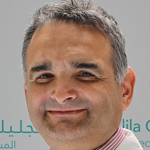 Nandu Thalange graduated from King’s College, London in 1988, intent on a career in paediatric endocrinology. After completing his training, he took up a post as a Consultant Paediatric Endocrinologist at the Norfolk and Norwich University Hospital in East Anglia, until he left in 2017 to move to Dubai, to take up a post at Al Jalila Children’s Hospital. Nandu has been an investigator in a number of research studies in diabetes, including being chief investigator for the international multi-centre trials that led to the approval of insulin degludec in children. He is an honorary Senior Lecturer at the University of East Anglia, UK and adjunct Professor of Pediatrics at Mohammed Bin Rashid University, Dubai.

Dr Nandu Thalange has created a narrative review of the clinical use of degludec in children with Type 1 diabetes.

My fellow authors, Thomas Danne and Torben Biester, and the many children who taught us.