Living with a disability in a world built for abled bodies may impact peoples’ lives in a variety of ways. It can limit their independence or make everyday tasks harder to complete. It can also have a significant impact on their personal finances. In Canada, people of working age who report having at least one disability are twice as likely to be on a low income compared to adults without disabilities. This equates to half a million Canadians with a disability, aged 15 to 64, who live below the poverty line. Undertaking post-secondary education, also referred to as PSE, could help people with disabilities to improve their financial outlook. Previous research has shown that people with disabilities who do engage in PSE find it easier to obtain employment, have more job security, and are much more likely to be satisfied with their employer.

Neoliberalism within higher education
Neoliberalism refers to policy changes that aim to reduce government spending and increase the role of the private sector within our economy. It incorporates reforms that eliminate price controls and increase free trade, which often leads to greater privatisation and a reduction of state influence. The general ideology is that if capitalism is allowed to generate wealth, then this will filter down to everyone. However, these kinds of policy reforms have led to harmful socioeconomic consequences such as increased poverty and unemployment. Within the education sector, it has meant that PSE has become a quasi-commercial market. Policymakers are positioning universities and higher-education institutions as tools to create a labour force and to further business innovation. As a result, some feel that these institutes may have lost their humanist values. In Canada, this has led to a rise in PSE costs, making enrolment inaccessible for those at the lower end of the wealth divide.

Many people with disabilities live below the poverty line, meaning the neoliberalist rise in costs has made it difficult for them to gain access to further education.

Many people with disabilities live below the poverty line, meaning the neoliberalist rise in costs has made it difficult for them to gain access to further education. To combat these issues around high cost, the Canadian Social Transfer – a programme that supports the costs of PSE and earlier childhood development – allocated additional $800 million in funding. This should have helped to provide more upfront funding of education for disadvantaged groups, including people who have disabilities. However, Mou questions whether neoliberalism has reshaped Canada’s values around financial aid, making access to this funding inequitable for people with disabilities.

Canadian Student Grant system
Literature has rarely acknowledged whether the financial grants provided by the Canadian government can provide students with disabilities with an equal opportunity to engage in higher education. According to the Canadian Student Grant (CSG) programme, people with permanent disabilities can receive up to $4,000 annually. In addition, they may be eligible for a grant of up to $20,000 towards disability-related expenses. Eligibility is determined by the Canada Student Loan Programme, which considers parental or spousal wealth when making their assessments.

Mou’s research used critical discourse analysis to assess the government’s online materials relating to disability grants for post-secondary in the Canadian provinces of Alberta and Ontario. Her analysis highlighted areas of interdiscursivity, which occur when discourse types are mentioned within the same communication. The two main themes identified within the online grant process were neoliberalism and control.

Justification of control
Despite much lobbying for people with disabilities to have equitable rights, there is still a strong element of professional control that is exerted over this group. There is a rhetoric of disabled people being ‘more deserving’ of support which can be a way of the state exerting control over their lives. For example, when needing support, students who have disabilities are encouraged to speak with their disability advisor who can only advocate on their behalf based on an already approved list of recommendations that are ‘green lighted’ by a medical doctor. This places the student under greater professional supervision and encourages the narrative that they are ‘needy’. This labelling can be degrading but also puts disabled people in a position where control is exerted over them. Mou believes that this has created a needs-led system in relation to financial aid, which is judged based on medical definitions of disability.

Even though students are given some responsibility over their finances, within the CSG these students are still not able to control how these finances are used. Mou believes that this leaves students with little or no say over their own daily and dynamic needs. If students fail to provide receipts or pay back grant money that was not spent, they may be punished by reduced eligibility in the future. It can be argued that increased responsibility and diminished control are neoliberal strategies used to govern disabled people.

Workfare parallels
The post-war Canadian ethos was ‘social citizenship’, where financial assistance programmes were considered a safety net to help prevent poverty. Mou believes that in modern society this is juxtaposed by the neoliberal principles of ‘market citizenship’, whereby an individual’s main purpose in society is to engage in economic activities. In this context, students with disabilities are considered as failed ‘market actors’ who are unable to create market capital and look after their own wellbeing. This outlook can make people with disabilities feel like a failure, as they have been unable to fulfil their economic duties to society by maintaining employment and financial independence. This shift away from social citizenship means that people with disabilities need to identify their own way out of their predicament – they must apply for aid which is not readily offered to them.

Despite the additional funding provision, Canadian governments have not committed to providing students with disabilities an equitable opportunity to participate in higher education.

Taking an able approach
A further criticism Mou highlighted was that grant processes are often geared towards those who are able bodied or minded. Within Canadian society and across many other countries, ableness and being able to take personal responsibility are often seen as part of being a citizen. This study highlighted how the CSG programme asks for students to pay upfront for a diagnosis without any guarantee their grant application will be accepted. This takes the approach that people are able unless they can prove otherwise. Mou also noted how students with disabilities are required to complete more forms than their non-disabled counterparts. In addition, the process is often completed online which can be a barrier for people with a visual or learning difficulty. When students fail to meet the standard for receiving aid, blame is often attached, which doesn’t empower them as meaningful members of society. If students with disabilities are to have equitable access to PSE, the process needs to be inclusive and fair.

Mou concluded that despite the additional funding provision, Canadian governments have not committed to providing students with disabilities an equitable opportunity to fully participate in higher education. Neoliberalism appears to dominate the discourse which influences how grants are structured and allocated. Mou’s research frames the mismatch that is occurring between ideology and the realities of the financial aid system. Students with disabilities are left with greater responsibility in proving their worth within an ‘able’ focused system while having little control over their finances. This needs to be addressed to achieve true equality for students with disabilities when striving to access higher education. 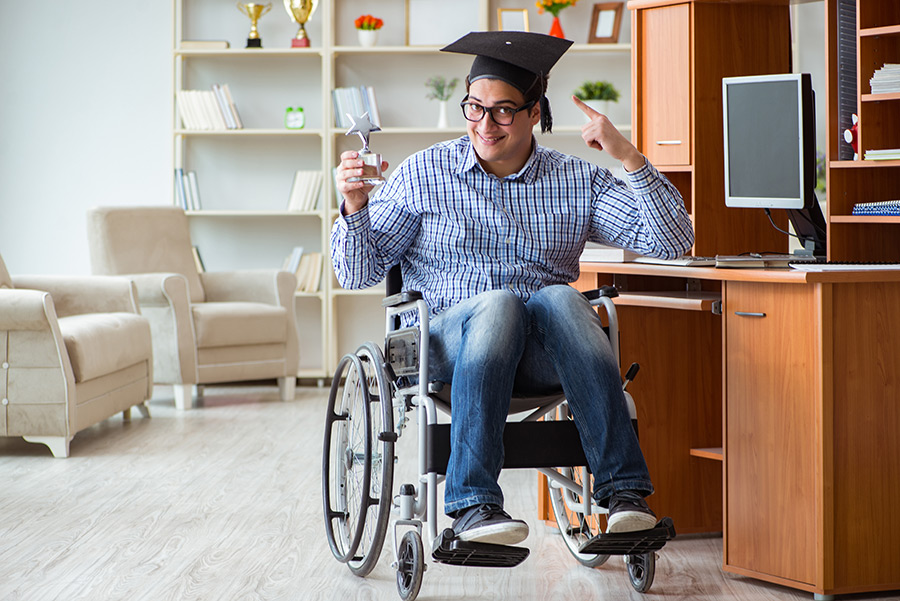 How can your research findings help governments to improve their financial aid for students with disabilities?

Given that the experiences of living with a disability are often dynamic and unique to the individual, the research findings suggest that students with disabilities in PSE should have more control to flexibly address their nuanced needs throughout their educational programme. Students should be able to work with their disability advisors to apply for services and equipment that their medical doctors may not directly list. To further amend policy directions to empower students with disabilities, decision-makers need to include the voices of the disability community to propose policies that can help an already marginalised population fully participate in PSE. It rings an age-old ethos: ‘Nothing About Us Without Us.’

Is there equality for students with disabilities when accessing government grants for post-secondary education? was last modified: April 21st, 2022 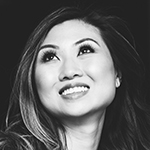 Mou M. (2022). Is there equality for students with disabilities when accessing government grants for post-secondary education? Research Outreach, 129. Available at: https://researchoutreach.org/articles/equality-students-disabilities-accessing-government-grants-post-secondary-education/ (Accessed YYYY/MM/DD)