Health & Medicine
Blood products are vital both for transfusion purposes and the production of blood-derived medicines. Currently, the two ways of obtaining blood products are via free blood donations or via the international plasma market, an industry reliant on paid blood donations. Professor Jean Mercier Ythier of the University of Paris Panthéon-Assas explores the economics and ethics of the plasma market and suggests possible long-term solutions for sufficient supplies of this all-important resource.

Blood is made up of several main components: red blood cells (containing haemoglobin, to carry oxygen around the body), white blood cells (to destroy bacteria and viruses), platelets (to help blood to clot) and plasma (the liquid portion of the blood suspending the blood cells, which contains various proteins and nutrients). Whilst free donations remain the norm for blood products, an international market reliant on paid-for donations exists for plasma and its derivatives. Remunerated donations have received ethical criticism in the past, due to concerns with donors being more vulnerable people and an increased risk of disease transmission.

The plasma market
Blood donation is unique in transplant medicine, in that established collection organisations can provide blood products sufficient in quality and quantity to meet demand, contrasting greatly with kidney, liver, lung and heart transplants. Plasma, specifically, is the only part of the human body that is marketed on a global scale. The plasma market coexists with plasma collection from free blood donations. 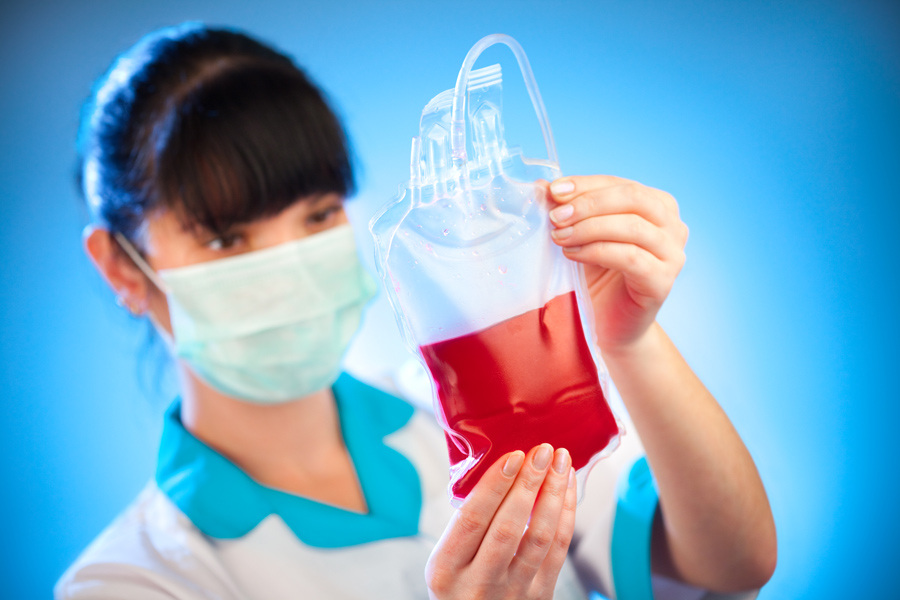 The process of separating a substance into its individual components is known as fractionation. Blood fractionation results in separation of red blood cells, the ‘buffy coat’ (containing white blood cells and platelets), and plasma. Plasma can then in turn undergo fractionation to produce various individual proteins. Arguably the most important of these are immunoglobulins (immune proteins which destroy bacteria and viruses), which are vital in the treatment of immunodeficiency diseases. Blood-derived medicines such as immunoglobulins are typically produced by large for-profit companies, which has resulted in a massive increase in demand for plasma over recent decades. This has created an international market of fractionation plasma, which is fed almost exclusively by exported plasma from the USA.

Plasmapheresis is the process by which plasma is separated from the blood cells. The vast majority of exported plasma from the USA (which acts as the main raw material for companies to produce plasma-derived medicines) is sourced from remunerated plasmapheresis. The Plasma Protein Therapeutics Association (PPTA) reported a rapid growth in collection of fractionation plasma over the past decade, by approximately 25% per year. The number of plasmapheresis centres in the USA doubled over the same time period. In 2014, the USA supplied over 70% of world demand of fractionation plasma, which was predominantly obtained via paid plasma donations. A large proportion of this plasma is exported, mainly to Europe.

The hourly compensation for a plasmapheresis session equates to slightly higher than the USA average wage. If the compensation exceeds the value of the time spent on the donation (calculated from minimum hourly wages of standard job markets), then the donation should be classed as a sale. This is the case in the USA and, on a smaller scale, Germany.

The international plasma market has been described as a ‘contested market’, namely due to previous ethical criticisms of remunerated blood donations, and statistical inconsistencies in the reporting of plasma donations, where data from the PPTA and the World Health Organization seem to differ.

The international plasma market has been described as a ‘contested market’.

Collected plasma (as with any blood product) is invoiced at each step up to the end consumer. Depending on the environment, the cost of the plasma may be an administered, regulated or market price. The main two factors in the determination of this sale price are production cost (cost of collection, storage and transportation), and level of demand.

Ethical issues
The three main historic arguments against the plasma market are: a ‘crowding out’ effect, whereby paid donations may cause a reduction in free blood donations; reduced safety, in that potential donors are more likely to hide the risk of transmissible diseases; and the issue of fairness, as paid donors are more likely to be vulnerable (affected by poverty, discrimination or drug addiction). However, with the development of globalisation and improved safety measures, the second one of these criticisms becomes less weighty. The other important factor to consider is ensuring the high demand of plasma is met, to allow ongoing production of blood-derived medicines such as immunoglobulins.

It has been hypothesised that offering both paid and unpaid donations would crowd out the latter, due to individuals’ motives. This effect has not been proven, whereas a positive effect on overall supply has; monetary incentive therefore increases the total supply of plasma. Similar conclusions can be reached from data from both the USA and Germany. Furthermore, in Germany, monetary incentive increased total supply by increasing both the number of donors and the number of donations per donor per year. It should be noted that in the case of the USA, an increase in total supply is likely not to be down to monetary incentive alone, but also an increase in total number of plasmapheresis centres.

Safety of blood products is highly important, and it has previously been suggested that introducing a monetary incentive for donation will have a negative incidence on safety, namely by increased disease transmission. However, blood donation relies on a number of processes such as screening, pathogen inactivation and haemovigilance. Unpaid donation alone is not a safety control measure; in fact, no difference has been proven between paid and unpaid donations in terms of safety when these good practices are implemented. Subject to the latter condition, monetary compensation for donation therefore increases quantity without compromising on quality. It can be argued that in the absence of large supplies of paid-for donated plasma from the USA, the worldwide demand may not be met. The collection cost of unpaid blood donations is double that of combined paid and unpaid donations.

Innovations in the field of blood products could reduce or eradicate reliance on blood donations altogether.

The two modes of blood donation can be categorised into the common resource from free blood donations, which is distributed by transfusion organisations, and the industrial raw material from remunerated plasmapheresis, which is marketed globally. Professor Jean Mercier Ythier offers the following possible solutions to the tension between these two contrasting states.

Contract fractionation
One such solution would be the development of fractionation contracts, between the collection organisation (usually a non-profit organisation) and a national fractionator (either a private, public or non-profit company). The sale price would be regulated by the government. This model would be in the interest of national self-sufficiency (which is recommended by the WHO) by allowing national states to ensure their citizens have access to blood products sufficient in quality and quantity. Development of the aforementioned contracts would allow for diversification in the sources of the plasma supply to the fractionators, reducing the risk of interruption to said supply. This method would lead to an increased supply of non-remunerated plasmapheresis with the support of contracts that would set sale prices high enough to cover costs even in unfavourable economic conditions.

Scientific innovation
Innovations in the field of blood products could reduce or even, in some cases, eradicate reliance on blood donations altogether. One example of this is the use of genetic engineering in producing coagulation factors (proteins in the blood that help to control bleeding). In the 1970s and 1980s, coagulation factors were a major driver of plasma fractionation, and led to significant clinical progress in the management of haemophilia (a disease which affects the ability of the blood to clot). The introduction of genetically engineered coagulation factors has meant that the treatment of haemophilia is no longer reliant on fractionation. It should be noted that this is only the case in high-income countries where genetic engineering can be utilised, and in some cases, clinicians prefer the use of coagulation factors from human plasma to the genetically engineered alternative.

The second example is the development of techniques for the mass-production of blood cells from haematopoietic stem cells (cells which can develop into different blood cells). If this was possible, blood cell transfusion would no longer be reliant on blood donations. However, the research and development of such techniques are in the early stages and are not guaranteed. Biomedical advances such as these would allow the demand of blood products to be met without depleting finite resources such as donations. 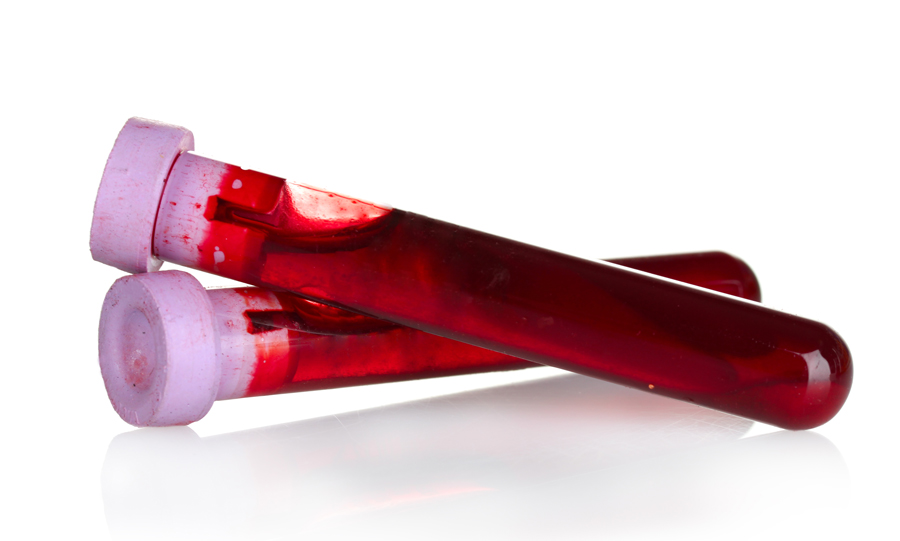 What are your predictions for the plasma market over the next decade?

<>The demand for fractionation plasma will presumably pursue its expansion, with immunoglobulins as its main driver. We should also observe a diversification in the origins of fractionation plasma, with, on the one hand, an increased provision of paid plasmapheresis by a number of emerging industrial countries, and, on the other hand, an increased provision of non-remunerated plasmapheresis by a number of countries that have made the choice to support free blood donation. This could possibly result in a decrease, or in a stabilisation of the share of paid plasmapheresis in the consumption of some countries, in Western Europe for instance. 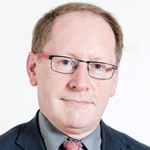