Physical Sciences
Sometimes the solutions to engineering questions have already been answered – by animals! Rather than ‘reinvent the wheel,’ therefore, Professor James Windmill and his lab team at the University of Strathclyde choose to learn from some of the remarkable feats of engineering found in the natural world. In particular, his research focuses on using ideas from insect hearing to develop new microphones and transducers for use in fields as wide-ranging as medicine and materials science.

Modern microphones, such as those used in hearing aids, and transducers such as ultrasound scanners, are remarkably sensitive. However, they still struggle to deal with issues such as background noise, which may need to be removed by downstream digital processing, or identifying the direction from which a sound originates. Electronics engineer Prof Windmill’s highly multi-disciplinary team provide solutions to these problems, taking their inspiration from the natural world, in particular the insects.

Inspiring insects
With about a million species known to science, insects are an extremely varied group of organisms, and have evolved a diverse array of different hearing organs. Previous research into insect hearing has largely focused on the noisiest groups: the grasshoppers, crickets, locusts, and cicadas; however, Prof Windmill’s research covers a wide range of other insects including flies and moths. In the course of their work, Prof Windmill and colleagues have discovered some remarkable insects, including a moth, the greater wax moth, with the ability to hear sounds up to 300 kilohertz, higher than any other animal; the insect with the highest frequency call – a genus of katydid dubbed ‘Supersonus,’ from the South American rainforest; and the loudest (relative to its size) animal on earth – a water boatman that generates a mating call by rubbing its penis against its abdomen.

To elucidate the mechanisms of hearing in an insect, Prof Windmill’s lab use an array of techniques, including behavioural observation, microscopy and X-ray microtomography, 3D laser vibrometry, and electrical examination of the signals passing through the auditory nerve. The results are translated into a three-dimensional computer model of the ear’s structure, which can then be used to simulate how it responds to sound. Comparing their experimental data with the computer models gives the researchers a thorough understanding of how the organism’s hearing works – both in terms of its mechanics, and downstream signal processing at the neural level.

Then, the baton is passed to the engineers, physicists, mathematicians and material scientists of the team who develop new microphones (instruments for sensing acoustic and ultrasonic waves) and transducers (instruments that can both generate and sense sound – such as are used in hospital ultrasound scanners) based on these findings.

Navigating by sound
While larger animals can detect the direction of a sound source by the difference in timing and amplitude as sound waves are received at each of their two ears, for smaller animals such as insects, the distance between their two hearing organs is likely too small for this to work. Thus, smaller organisms have come up with a variety of innovative techniques that are now coming to the interest of engineers.

Ormia ochracea is a tiny, nocturnal fly which lays its eggs on crickets. It therefore needs to locate its cricket hosts in the dark, which it does by the sound of the male cricket’s mating call. Since the mid-nineties, it has been known that the Ormia’s two tympanic membranes (ear drums) which are located around the base of their front legs, are directly coupled to each other by a strut. In effect, the structure forms a tiny, highly sensitive see-saw which rocks if the sound waves reaching the two tympanic membranes are in any way different in intensity or timing. This ingenious system amplifies minute differences in sound reaching the two membranes, enabling the insect to detect the direction a sound is coming from.

In Prof Windmill’s lab, their three-dimensional computer models and simulations of the Ormia system have been used to develop tiny acoustic sensors for use in hearing aids. Until recently, the sensors were built from silicon using standard Microelectromechanical Systems (MEMS, or ‘micromachine’) techniques – but now the team are moving into the realm of 3D-printing. This is enabling them to more easily design complex three-dimensional structures and to use more flexible materials, simulating more closely the mechanical properties of biological structures.

More recently, Prof Windmill, with colleagues from the Université François Rabelais de Tours, France, has identified a tiny moth, Achroia grisella, the lesser wax moth, which is able to determine the directionality of sound with just one ear, which has a maximum response to sound arising from a particular angle. These moths then use their behaviour – scanning with their head to search for the source of a sound, and then maintaining the same angle between themselves and the sound as they move – to locate their singing partners for mating.

Blocking out the noise
In fact, it is in the butterflies and moths (Lepidoptera) that the greatest number of ‘acoustic’ insects are found. Around 55% of Lepidoptera have tympanal ears, and many use ultrasound for mating. To enable them to hone in on the mating call of their own species, these moths are able to physically adapt the response of their eardrums to focus on particular frequencies of sound.

There are many situations in which this property could be useful: for instance, a hearing aid could focus on the frequency range of human speech and fade out the ‘noise’ from other sources. Like the Lepidoptera, our own ears, and those of many animals, do this automatically through a feedback system – the nature of the sounds heard changes the response of the ear. Until now, however, engineered microphones have relied on downstream digital processing of all the sound signals received, which can cause time delays as well as using energy and increasing the total size of the microphone system.

Now Prof Windmill’s team, after studying the hearing system of the large yellow underwing (Noctua pronuba), have developed a MEMS microphone which can adapt its sensitivity to different frequencies depending on the sound received. This may be particularly good news to users of hearing aids or cochlear implants who struggle with background noise. Thanks to Prof Windmill’s multidisciplinary team and the combination of fundamental biology with applied engineering, the amazing adaptations of the insect world could be coming to a microphone near you.

How did you first become aware of the potential of biological systems to inform engineering questions?
<>My background is electronic engineering, which led to a PhD that involved sensing at the nanoscale. I wanted to do something a little different following my PhD, and that led me to biological research into insect hearing systems as a postdoctoral researcher. This gave me the opportunity to discover just how many different hearing systems there are in the insect world. I went back into an engineering department as an academic, but I wanted to continue biological research as well as develop my engineering work. So the natural thing to do was to bring the two together.

What techniques do you use to study such tiny organisms?
<>We use a variety of microscopy techniques to study their morphology, including optical and scanning electron microscopy, and more recently X-ray 3D microtomography. We use electrophysiological techniques to measure auditory nerve signals, and have also worked with colleagues to study the behaviour of some insects. We use a 3D microscanning laser Doppler vibrometer to measure how things move, i.e., how does an insect eardrum move in response to sound. We need the vibrometer because the insect hearing systems usually move only tiny amounts, typically nanometers or less. Finally, we tie this all together using powerful computer modelling to explore and explain how these auditory systems function.

What is your favorite or most exciting biological discovery so far?
<>My favourite is the discovery of travelling waves on the tympanal membrane (eardrum) of the locust. This was my first discovery, and led to my first biological sciences paper. The waves appear on one side of the eardrum, and then their direction and the point they stop moving changes depending on the sound frequency. This allows the locust to distinguish different frequencies, and is very similar to how the basilar membrane in the human inner ear works. But the locust was doing this all on the eardrum. This led me to realise that there could be many interesting insect hearing systems phenomena that we could use to inspire engineering.

What impact do you think the advent of 3D printing will have on this kind of research?
<>The main impact is speed for the researcher. A device can be computer designed, 3D printed, then tested and characterised in hours, or at the most a few days. Working with standard silicon microfabrication, particularly for smaller labs and institutions, can stretch this process out to months. So, 3D printing provides a research team with many iterations in the same time that standard microsystem fabrication provides just one. But there are some notes of caution. 3D printing has many challenges as there are many things it’s difficult to do with this technology. And, standard microsystem fabrication is very easy to scale up to produce millions of the same unit, while generally 3D printing isn’t.

What benefits and challenges are there from working in such an interdisciplinary team?
<>The major benefits are that researchers not only bring different skills and expertise, but have been trained to think and utilise different scientific methods. For example, biologists may want to explore something that already exists in nature, and engineers are used to creating something to solve a problem. Add to this physicists, mathematicians and materials scientists, and the mix can produce very intriguing ideas. Of course, it can be very challenging, as you must ensure that everyone has some understanding of what the others are doing, why, and also how. But the experience is then a great positive, as the researchers can use what they’ve learnt from others in their own work.

From ears to engineering was last modified: June 26th, 2018 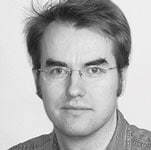