Neglected tropical diseases such as leishmaniasis have a huge impact on global health but are under-researched and under-funded. Treatment and diagnostic techniques remain expensive and difficult to implement in remote areas. Dr Maria Fernanda Laranjeira-Silva of the University of Sao Paulo, Brazil, has been conducting research into potential new therapeutic targets, focusing on exploiting the parasite’s need to appropriate the nutrients of their host.

Neglected tropical diseases (NTDs) are a disparate group of tropical infections caused by a variety of pathogens such as bacteria, viruses, or protozoan parasites. These diseases are ‘neglected’ due to a lack of public interest and research funding, and they tend to prosper most in impoverished areas where sanitation is poor and access to clean water and medicine is scarce. Despite their enigmatic nature, approximately one sixth of the global population (around one billion people) suffer with at least one NTD, which has a significant negative impact on quality of life. Dr Maria Fernanda Laranjeira-Silva and colleagues from the University of São Paulo, Brazil, have been investigating one particular NTD – leishmaniasis – in order to better understand its mechanisms and define better therapeutic targets.

Leishmaniasis epidemiology and causes
Leishmaniasis is caused by a protozoan (a parasitic, single-celled organism), transmitted between mammals by the female phlebotomine sandfly and more than one million new cases emerge each year. Many species of sandfly (at least 90) transmit the disease. There are also 20 different species of parasite that cause the infection and at least 70 animal reservoirs that host them.

Cutaneous leishmaniasis (CL) is endemic in more than 90 countries. Symptoms include non-fatal skin lesions (eg, ulcers) that form at the site of inoculation by the sandfly and can vary in severity. Lesions caused by certain species of Leishmania, such as L. infantum and L. tropica, may spontaneously heal, post-infection. However, recovered patients who have been left with disfiguring scars often face social stigma and subsequent psychological suffering.

Despite this promising new research, there is currently no vaccine available for leishmaniasis.

Mucocutaneous leishmaniasis (MCL) is an advanced stage of CL and is severe, disabling and potentially life-threatening. 90% of MCL occurs in Brazil, Bolivia, and Peru and is associated mainly with infection by L. braziliensis species. It causes destruction of the mucous membranes of the mouth, nose, and throat, leading to severe mutilation and/or obstruction of the nose, larynx and pharynx. MCL does not heal spontaneously and is often associated with bacterial co-infection like tuberculosis and pneumonia.

VL and CL infections can be initially asymptomatic which significantly increases the potential for transmission, through factors such as migration of carriers and asymptomatic patients donating infected blood.

Leishmania host–parasite interaction
As the parasite transfers from the midgut of the sandfly to the host macrophage of the mammalian host (a specialised type of white blood cell that ‘eats’ foreign pathogens), it needs to obtain certain nutrients from its environment which it is unable to produce itself. In particular it needs iron and heme, which are crucial to the growth and virulence of the parasite. The parasite must also carefully regulate iron levels within the host macrophage, as high levels have a cytotoxic (damaging) effect due to their ability to generate reactive oxygen species.

Novel Leishmania virulence studies
Dr Laranjeira-Silva and her colleagues have identified a novel iron-responsive transmembrane protein: LIR1. This is the first protein to demonstrate iron export mediation and control of intracellular iron levels in Leishmania. The researchers found that LIR1 is critical to the virulence and normal growth of L. amazonensis. Results demonstrated that expression of LIR1 in the parasite is regulated by iron levels – LIR1 expression increased when the parasite was exposed to excess iron levels and decreased with lower iron levels. This protects the parasite from accumulating toxic iron levels, but also ensures there is enough iron to promote virulence and healthy growth. Dr Laranjeira-Silva proposes that the LIR1 protein, and possibly other proteins of the iron-metabolism pathway, would make excellent therapeutic targets in the development of new leishmaniasis treatments because of their critical function in growth and development.

Further research focused on the impact of the primordial enzyme arginase (a ubiquitous enzyme) on the virulence of L. amazonensis. Arginase activity is vital in the polyamine synthesis pathway of Leishmania – a molecular pathway implicated in parasite replication and virulence. Polyamines can also influence parasite gene expression. High levels of polyamines are present in proliferating cells, and inhibition of polyamine production decreases virulence of the parasites that cause malaria and leishmaniasis. This implies that the parasite’s arginase plays a more complex role in infectivity and virulence of leishmaniasis than previously thought. For example, arginase can alter several host cell-signalling molecules, such as PPG (proteophosphoglycan). PPG is present on the surface of the parasite and facilitates the binding of the parasite to host macrophage receptors, increasing its infective potential. Consequently, Dr Laranjeira-Silva also suggests the polyamines pathway and arginase as promising targets for new therapies.

The ‘one health’ approach
Despite this promising new research, there is currently no vaccine available for leishmaniasis. Diagnosis is often made based on symptoms, followed by testing of the patient’s spleen, bone marrow, or lymph aspirate. Diagnostic methods used include laboratory tests such as polymerase chain reaction (PCR). Early treatment significantly improves a patient’s prognosis, but treatment remains expensive and implementing diagnostic tools can be problematic in endemic countries and remote areas. The identification of the infecting species of Leishmania is also crucial.

To address these challenges, Dr Laranjeira-Silva proposes the adoption of the ‘One Health’ approach: an integrative, trans-disciplinary strategy that recognises the interconnectedness of animal, human and environmental factors for tackling large-scale leishmaniasis infection.

Socio-economic factors
Leishmaniasis is common on almost every continent on the planet, however, the risk of contracting it is significantly higher for impoverished communities who are unable to afford treatment or even simple preventative measures such as bed nets. The results of a recent study in Nepal demonstrated that natural flooring materials increase the risk of contraction eightfold, while natural building materials tripled the likelihood of contracting leishmaniasis. Impoverished families are often malnourished, with weakened immune systems, further increasing their vulnerability.

The One Health approach recognises the interconnectedness of animal, human and environmental factors.

Political and migratory influences
Several studies have demonstrated that there is a positive correlation between VL epidemics and political unrest, with high infection rates occurring in war zones and densely populated areas such as refugee camps. Mass migration of people fleeing conflict or political persecution has a significant impact on transmission between different areas. For example, the South Sudanese civil war saw more than four million refugees fleeing into neighbouring eastern African countries. As a result of this, VL cases in these countries doubled. Furthermore, improvements to transport infrastructure in endemic countries makes it easier for infected carriers (human and animal) to travel to areas where the infection is less common.

Environmental risk factors
Climate change and man-made alterations of the environment such as deforestation also have a significant impact on leishmaniasis. A warming climate can affect the movement of vectors and reservoir animals. Population increases in endemic regions requires mass deforestation to make way for housing. Deforestation-related environmental change in Costa Rica was shown to increase the prevalence of CL by 46% between 2002 and 2007. Furthermore, the highest rates of zoonotic leishmaniasis (passing of the disease from animals to humans) have been shown in communities that live close to an ecosystem that naturally harbours the disease, such as rainforests. For instance, Manaus, the largest urban centre in the Amazon rainforest, is home to 1.7 million people and accounts for more than 40% of leishmaniasis infections in Brazil.

The importance of an integrated approach
The One Health approach is not a new idea; it has gained popularity over recent years, however, due to its effectiveness in controlling various health issues such as food safety and anti-microbial resistance, as well as the control of zoonotic diseases such as rabies, Lyme disease and Ebola. The cornerstones on which the One Health approach is built include effective communication, co-ordination and collaboration among human-healthcare professionals, public-health officials, animal-health specialists and agricultural workers, as well as those who work in environmental fields, such as wildlife experts and ecologists.

This integrated approach, combined with the novel research that Dr Laranjeira-Silva and her team have produced, paves the way for important and sorely needed new avenues of treatment for this rampant and disabling disease, giving new hope to millions of sufferers across the world.

What next steps are necessary to take your understanding of new therapeutic targets into the development of better treatments?

Ongoing studies have been designed to further our understanding of the molecular mechanisms through which Leishmania acquires essential nutrients from the host for disease progression. Using this understanding we aim to establish these pathways as strong candidates for the design of molecules that specifically target parasite proteins without impacting host metabolism. As a next step, 3D structure determination of these parasite proteins will enable the screening of ligands, which will be evaluated as alternative chemotherapies against leishmaniasis. 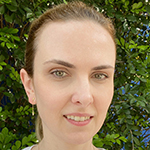 Maria Fernanda Laranjeira-Silva is an Early-Stage Investigator at the University of Sao Paulo, Brazil. She obtained her PhD degree from the same institution in 2010 and performed postdoctoral studies at the University of Maryland (USA), before receiving the prestigious Young Investigator Award from the Brazilian Research Foundation FAPESP in 2018. 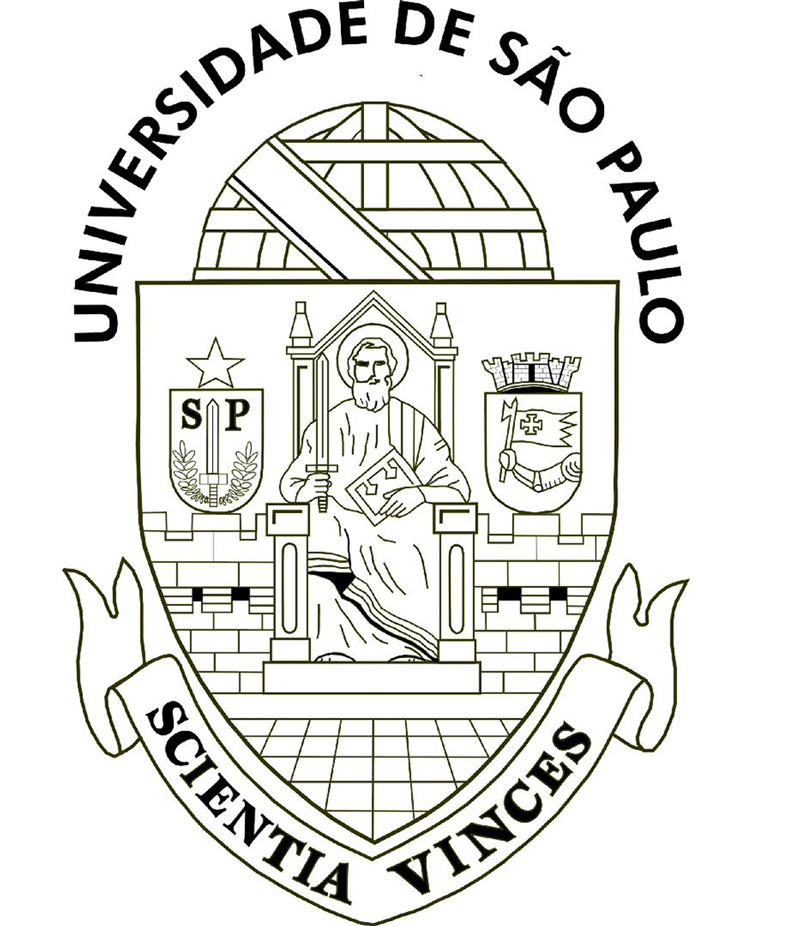