Arts & Humanities
Cowboys on horseback are an icon of Texas. The commonly accepted scenario is that cattle herding, first introduced into Mexico, expanded northward via the arid central highlands. However, Professor William E. Doolittle (University of Texas at Austin), has revealed a much more important route via the tropical lowlands of Mexico’s east coast. Cattle were first introduced to this region by Spanish soldiers, who traded enslaved natives for cattle and horses from the Caribbean. Many of these soldiers originated from Andalucía, and specifically from the Guadalquivir Marshes, the only location on the Iberian Peninsula where cattle herding via horseback was widely practiced.

The cowboy on horseback is an icon of Texas. However, the origins of open range cattle ranching are far from the Lone Star state. Cattle and horses came from Spain to the New World in the 16th century, but regional differences in herding practices, reflecting adaptations to local environmental conditions, remain under-appreciated. At the University of Texas at Austin, Professor William E. Doolittle and his colleagues (including the late Terry G. Jordan-Bychkov and the late Karl W. Butzer) have painstakingly traced the practice of herding cattle by men on horseback, their narrative weaving back through time, from Mexico, to the Caribbean islands, and on to Spain. Their work has linked near identical environmental conditions separated by thousands of miles of land and sea, and has exposed a dark history surrounding the introduction of livestock to Mexico, involving the trade of enslaved people for cattle and horses.

The link between Iberian herding systems and cattle ranching in Mexico and parts of the western United States have long been assumed, with early scholars suggesting that the practice was imported directly from Spain to the New World. The commonly accepted scenario is that cattle herding, first introduced into Mexico, expanded northward via the semi-arid highlands, undergoing only slight modifications on the journey to Texas. The role of the tropical lowlands along Mexico’s east coast has been largely ignored. The work of Professor Doolittle, however, has highlighted the importance of this area, which offers an environmental analogue to the original cattle herding environments of the Iberian Peninsula, namely the Guadalquivir Marshes (or Marismas del Guadalquivir), near Seville. In particular, the Pánuco area (northern Veracruz and southern Tamaulipas) was critical in the diffusion of cattle to Texas.

Cortés and the arrival of cattle
The first cattle to arrive in Mexico landed in 1521, disembarking at what we now call the city of Veracruz. This shipment, for which the herd size remains unknown, were the ancestors of animals that populated the central highlands. The introduction of cattle to the Pánaco area has a more complex history. In 1522 Hernan Cortés marched with 400 men from Tenochtitlán (the Aztec capital, now known as Mexico City) to the Pánuco area to quell an indigenous uprising. After doing so, he left 130 men in place to hold the peace.

By 1622 the herd size had risen to more than 225,000 representing the greatest concentration of cattle in New Spain.

Living conditions were poor, with the numbers of Spanish soldiers falling to just 70 in 1530 and 46 by 1533. Among these men, the largest proportion came from Andalucía, with a third from towns around Las Marismas. Initially, these soldiers had some pigs brought by Cortés, an unsurprising fact given that pig raising was both common, and important in Extremadura, Spain where Cortés himself was from, and the low effort required to raise them. Pigs fend well for themselves and can efficiently convert plants to meat. However, on the replacement of Cortés with a new Governor, Nuño de Guzmán, the soldiers requested cattle and horses.

In June of 1527, this group of nearly destitute Spanish soldiers embarked on a scheme initiated by Guzmán to trade enslaved natives from Pánuco for both cattle and horses from the Antilles (which had a need for labour after the marked decline of the local population by European diseases). The exact number of enslaved people transferred from Pánuco to the Antilles is not known, but estimates range upward of 6000 individuals. Of these, a third were given to shipmasters as a form of payment, with another third going to Governor Guzmán himself. Of the remainder, the exchange rate was set to 15 enslaved people per animal, and by 1530, approximately 1,954 enslaved people had been traded for around 130 animals. Given that some were horses, a conservative estimate suggests that 100 cattle were bought into the Pánuco region.

By 1622 the herd size had risen to more than 225,000 representing the greatest concentration of cattle in New Spain, an area that extended from the Isthmus of Panama to the southwestern United States and Florida. This massive expansion is a testament to environmental conditions highly conducive to cattle husbandry, with the regional cattle doubling rate pegged at around four years, despite a high annual cull rate (approx 30%) and losses due to disease, environmental catastrophes, and predation.

Following the Lone Star to Texas
While numerous theories have been put forward, the traditional view is that cattle and cattle herding in Texas was introduced by a northward migration from the arid central highlands of Mexico. Doubtless, some animals and settlers did follow this path – missionaries chief among them, who turned ranching into an economic and cultural powerhouse. However, this theory ignores critical strands of evidence, which Professor Doolittle and his colleagues use to tell a different story.

In 1580, Luis de Carvajal brought 196 settlers from Spain to Pánuco with the intent of colonizing northeastern Mexico. In 1584, he established his capital city, León (now Cerralvo), just 35 miles from the Río Grande; abandoned after just 12 years, he went on to establish Monterrey, the current state capital of Nuevo León. With his march north, Carvajal brought cattle from Pánuco with the aim of establishing a livestock industry. Despite an abundance of archival evidence, what has not before been appreciated is that with these animals he also brought north the technique of herding feral or semi-feral cattle by men on horseback. The majority of the horses used for this work also came from Pánuco – which supported a horse population of approximately 10,000 – the largest and most dense concentration in colonial Mexico.

Feral cattle slowly spread north, into what we now define as Texas. Their numbers exploded when they reached the luxuriant grasslands of San Antonio river valley. Bychkov-Jordan described this as “nothing short of bovine emancipation.” Soldiers, settlers, and missionaries who arrived later from north-central Mexico went on to establish the dominant economic and social model for the region, were familiar with cattle herding, but herding from horseback was a skill they learned on Carvajal’s frontier. During the 19th century feral cattle were rounded-up on horseback and driven north to rail lines that carried beef to eastern US markets – thus giving rise to the iconic cowboy.

Herding cattle from horseback was not an invention of the Pánuco settlers, but rather an import from the Spanish motherland.

A tradition that crossed oceans
Herding cattle from horseback was not an invention of the Pánuco settlers, but rather an import from the Spanish motherland. While this fact has generally been assumed, interest in the whys and wherefores have been in short supply. Professor Doolittle has gone a step further, exploring the ecological and cultural diversity of the Iberian Peninsula and identifying one small area in which cattle herding on horseback is a long-standing tradition.

Marshes (or Marismas del Guadalquivir), located at the mouth of the Guadalquivir River, near Seville, mark the coastal boundary of Andalucía, the region where many of Cortés’ original band of soldiers originated. The area around Las Marismas offers some striking environmental similarities to the Río Pánuco mouth – both regions are low lying, dominated by grasses, and seasonally inundated. In the dry season, as waters receded and grasses reappeared, cattle were driven into the marshes, where they remained until the rainy season, when floodwaters drove them out. The isolation of the marshes, along with the difficulty inherent in travelling through flooded areas, meant that herders and their cattle parted company for months at a time; as such, the cattle in this region became semi-feral. Herding near-wild animals was non-trivial and could only be successfully and safely achieved from horseback. Soldiers from this area, who crossed the Atlantic as conquistadors with Cortés, brought this heritage with them to the New World.

The work of Professor Doolittle and his colleagues has identified parallels between herding practices in Texas and the Andalucían marshes and shown plausible migratory links that allowed horseman-based cattle herding to diffuse from one to the other. However, while the evidence minimises the role of the central Mexican highlands, it is not to say that they did not play a role in seeding the economy and culture of the southwestern United States. Sheep were the most economically important animal in the central Mexican highlands, and the region was responsible for introducing sheep husbandry to New Mexico; moreover, cattle ranching along the California coast likely evolved from this region. However, there can be little doubt that open-range herding, and the cowboy culture that is the lifeblood of modern-day Texas, is the long-lost child of a little-known corner of southern Spain.

Has cattle (or other livestock) herding by men on horseback arisen independently in any other parts of the world? If so, can you draw any parallels in the environments or evolution?

<>
Yes. It has a long tradition in the marshy plains in the Camargue region of France, at the mouth of the Rhône delta south of Arles. Most livestock do not fair well in marshes. Cattle, however, do just fine. Unlike drier areas where cattle can be tended on foot, often with other animals such as sheep and goats (as was the case on the central plateau of Mexico), the only way to herd cattle in marshes is by horseback.

Was rodeo also a tradition imported from Spain, or did it develop within the Americas?

It arose out of the working practices of cattle herding. Vaqueros in Mexico and Texas competed informally with each other, and herders in Spain probably did likewise. The first formal competition of what we know of as the rodeo was held in Cheyenne, Wyoming in 1872 – not in Texas, unfortunately. 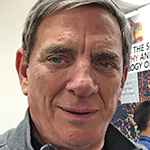 William E. Doolittle grew up in Fort Worth, Texas and has been on the faculty of The University of Texas at Austin since 1981. His research has focused on agriculture and landscape transformations in the American Southwest and Mexico, with an emphasis on late pre- and early post-European times.


Address
Department of Geography and the Environment University of Texas
A3100, Austin, Texas 78712 USA

Professor William E. Doolittle traces the history of cattle herding from Texas back to the Iberian Peninsula.