Informatics & Technology
Gilles Desthieux, Associate Professor at the Geneva Institute of Landscape, Engineering and Architecture and a Consultant in Urban Energy Planning with Amstein+Walthert Geneva, leads a team of researchers who have developed the Geneva Solar Cadaster, a tool for modelling solar radiation and energy production from building rooftops and facades.

Recent urban studies have shown that our cities play a significant role in environmental issues and, in particular, energy transition. One of the targets of the EU 2030 Framework for climate and energy is to reach a minimum of 27% renewable energy consumption and reduce carbon emission. In order to achieve this target, cities will have to accurately evaluate their renewable energy sources.

Solar panels
The use of solar panels on building rooftops is now widespread. In built-up areas, however, incoming sunlight is limited and restricts the deployment of solar power plants. The recent improvements in solar panel efficiency, together with innovative concepts such as Nearly Zero Energy Buildings and Building Integrated PhotoVoltaics, have enabled the exploration of other usable surfaces including highway roofs and walls for potential energy production. Building facades are particularly appealing for producing solar energy during the winter months when the sun is lower in the sky.

Modelling potential solar energy
Modelling the accessibility of solar energy within the fabric of the built environment can be carried out using available 3D information about cities and image processing. Facade modelling for solar analysis, however, has received less consideration than rooftops, as it requires much more complex tools based on 3D GIS data.

Gilles Desthieux, Associate Professor at the Geneva Institute of Landscape, Engineering and Architecture and a Consultant in Urban Energy Planning in Amstein+Walthert Geneva, leads a team of researchers who have developed a tool for modelling radiation and energy production on inner-city building rooftops and vertical facades.

This integrated tool uses Light Detection and Ranging (LiDAR) data together with 2D and 3D cadastral data. (In Switzerland, plots of land are registered in a cadaster or cadastre, and their geometric details, structures, current situation and ownership are recorded.)

Around ten public and private stakeholders collaborated on this R&D project that was supported by several funders: the State of Geneva and Geneva Energy Company – SIG (in the framework of the Geneva’s solar cadaster), the Swiss Federal Agency for the Promotion of Innovation Based on Science (iCeBOUND project – Cloud-Based Design Support System for Urban Numeric Data) and the University of Applied Sciences Western Switzerland – HES –SO (joint research program Energy District 2050).

Aims
The project aims to design and develop a Decision Support System, based on the use of 3D digital urban data, that facilitates environmental analyses in large built areas such as the assessment of solar energy potential. The project targets building rooftops and facades in urban areas so as to provide relevant indicators for decision makers in city planning and energy management and boost solar energy production.

Two key goals of this project are to allow residents to check the solar energy potential of their building and to promote the installation of PhotoVoltaics, encouraging energy transition away from nuclear power.

Methodology
The methodology is underpinned by the researchers’ previous work on ‘Solar Energy Potential’, where they evaluated the potential of urban buildings’ roofs and facades to produce solar energy using both thermal and photovoltaic technology.

Solar energy potential for a particular building is computed by summing the estimated value of the solar radiation in kWh for every hour during a given period of time. Data is input comprising location, meteorological data (statistics or measurements), average solar radiation parameters and the 3D surrounding relief and landscape. A Shading Algorithm, based on image processing techniques, is used to calculate the hourly shading and the ratio of visible sky, also known as the Sky View Factor.

The data is stored in a georeferenced TIFF raster format and is made up of a Digital Urban Surface Model, a slope matrix and an orientation matrix. The Digital Urban Surface Model is constructed from LiDAR data and represents the structure of the city, such as buildings and houses. The slope matrix describes the slope of each point using values between 0 and 90°. The orientation matrix describes the orientation of each point with values between 0 and 360°. These two matrices are produced using common GIS software.

Building facades are particularly appealing for producing solar energy during the winter months when the sun is lower in the sky.

The researchers calculate solar radiation by adding its three main components and related shading indices: direct radiation which is directly proportional to the sun visibility, diffuse radiation derived from the sky visibility and reﬂected radiation from the ground and nearby objects.

Solar maps can then be produced enabling the accurate evaluation of urban areas for the installation of renewable energy, such as PhotoVoltaics and thermal solar panels on building rooftops.

Facade component
The Digital Urban Surface Model does not permit the modelling of building facades, so the researchers have developed a facade component. This generates a grid of facade ‘hyperpoints’ at 1-meter intervals using building outlines in the form of 2D vector data. The shading algorithm is then applied to calculate hourly shading and the Sky View Factor in a similar way to the rooftops.

Application to the solar cadaster for Geneva
In 2011, Gilles Desthieux and the research team started working on a solar cadaster for the Canton (or State) of Geneva, an area of about 300 km2, as a support to boost solar energy production (in accordance with both the Geneva Energy Law and the Master Energy Plan of Geneva). The new solar cadaster, highlighting raw solar radiation on building roofs, was made available to the public. During the second phase of the project, in 2014, the researchers developed indicators relating to solar energy production, environmental assessment, economic investment and payback.

In 2016, during the third phase of the Geneva solar cadaster project, the research team updated the 2011 solar cadaster using new LiDAR data and 3D urban models. They also refined the solar modelling algorithms and improved the computational models, using cloud computing, in order to provide decision-makers with the relevant indicators for city planning and energy management.

The outputs from the revised Geneva solar cadaster have been scientifically validated by an international expert on solar modelling.

Cloud computing
The majority of urban solar cadasters available in Europe are based on restricted areas, usually less than 100 km2. Geneva’s solar cadaster, however, covers the whole Canton of Geneva, not just the city, extending to around 300 km2. This brings challenges for Desthieux and the team with regards to computation time. Their original Geneva solar cadaster calculation in 2011 was computed by a single server machine and took approximately 2000 hours.

In order to reduce the computation time of solar analysis on large urban areas, the researchers opted to use cloud computing in the framework of the iCeBOUND project mentioned above. This has reduced the overall computation time for the whole state of Geneva to about 350 hours.

Dissemination
Results are communicated via the Geneva official geoportal (SITG – Geneva Territorial Information System) and a Web-based interface that has been customised for public use. The geoportal, aimed at professionals working with solar energy, allows users to extract the whole solar database on any perimeter or group of buildings, supporting solar energy planning on various scales.

Interactive maps together with information identifying suitable rooftops are published on the public web interface for various end-users, such as energy planning authorities, energy companies’ marketing and investing departments and the general public, to promote awareness and encourage the installation of PhotoVoltaics and thermal solar panels.

Sharing this data and information is essential to promote an open energy transition strategy in order to move away
from nuclear power.

Gilles Desthieux states that sharing this data and information is essential to promote an open energy transition strategy in order to move away from nuclear power to green technologies.

The public web interface is used between 80 and 100 times per week. This is in line with the number of applications for public funds, particularly the Geneva funding program for the renovation of buildings.

Perspectives
The researchers are planning to develop workshops, seminars and training sessions for potential stakeholders as well as targeted information on the Web to boost the solar market.

They also intend to extend the solar cadaster to cover the whole agglomeration of Geneva, including French municipalities (new project “G2 Solaire” supported by the European program Interreg V for French-Swiss collaborationships).

It is anticipated that the computation time can be further reduced through the use of a Graphics Processing Unit which accelerates computing and is adapted to matrix processing.

The research team are planning the next version of the solar cadaster and aim to produce a collaborative platform for everyone involved with solar energy in order to increase the number of installations and boost the solar market.

How much will installing PhotoVoltaics on building facades in Geneva increase potential solar electricity production?
<>Considering the potential installation of solar PV panels on a small part of the existing building facades in Geneva (like 5% of the total of the facades), this would represent a potential of about 250 MWe in addition of the potential on the roofs, which is significant. However, solar installations on facades are easier to anticipate on new building projects. Therefore, in some new planned districts analysed, it was estimated that solar PV on facades could cover until 50% of the electricity needs in the district.

Can this model be applied to other urban areas outside of Switzerland?
<>In this article, the application of the solar potential tool was illustrated through the solar cadaster in Geneva. However, this experience can be reproduced without any problem in other cities, provided 3D digital and cadastral data are available. 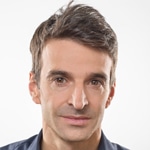 Gilles Desthieux, PhD and MSc from EPFL, is an associate professor at the Geneva Institute of Landscape, Engineering and Architecture and a consultant in urban energy planning in Amstein+Walthert Geneva. His research & consultancy activities deal with urban and energy planning, GIS tools for energy mapping, and collaborative urban planning support. 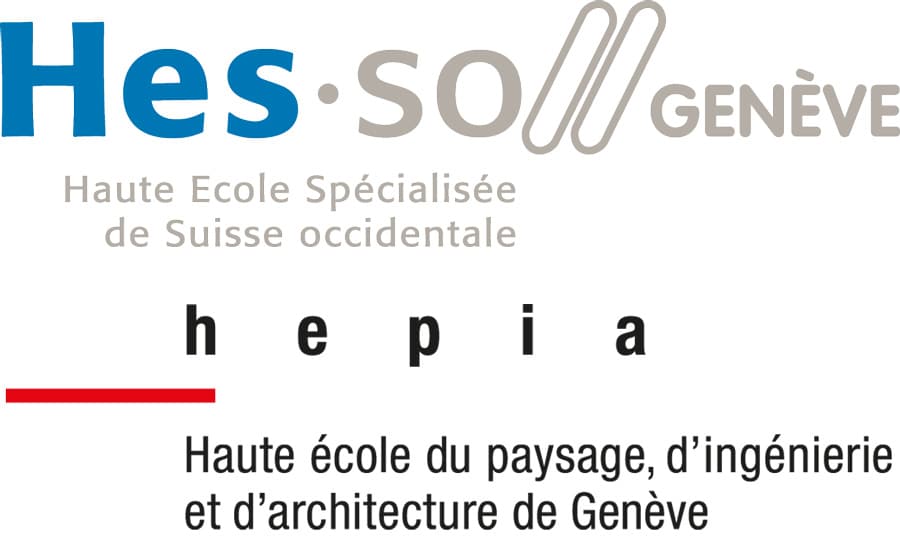 One thought on “Developing the Geneva Solar Cadaster: A decision support tool for sustainable energy management in urban areas”