Behavioural Sciences
Professor Diana Brydon is a leading research scholar, working at the intersections of globalisation and post-colonial cultural studies. Through her work, we can see how processes of globalisation have changed many aspects of our daily lives. She frames her study of concepts such as autonomy, community and democracy with the understanding that the history of colonialism is still entangled in contemporary research and knowledge systems: central to her work is the belief that we must learn from the past in order to ask better questions in the future.

What exactly is globalisation and how does it work? Globalisation is best understood as a process by which people and societies become increasingly integrated or interconnected. Technology is at the heart of this process but so are imaginaries, the unexamined ways through which people make sense of their changing world, establish their values and tell their stories. As a result, globalisation is characterised by both frictions and flows, new sensitivities to risks, and changing understandings of home. The development of the internet, portable communication devices (phones and tablets) and the twentieth century development of air travel have enabled significant changes to the ways we connect. A vital part of this relates to speed. Applications such as Skype have the potential to transform the experiences of immigrants: a loved one living thousands of miles away can be contacted as easily as someone living in the same town. It is as participants of such processes that we find Professor Diana Brydon’s contributions so illuminating; throughout her academic career she has challenged the notion that globalisation is solely a homogenising and economic force. Her research goals are to evaluate and advance the study of globalisation and cultural practices in order to broaden trans-cultural understanding, challenging all the time the Eurocentrism and methodological nationalism of many disciplinary practices which have until this point excluded and marginalised women, cultural and ethnic minorities and Indigenous Peoples.

The role of the imagination in contemporary life
Professor Brydon’s belief that the history and continuing impact of colonialism show us the many ways in which the research imagination has shaped the daily lives of people throughout the world is at the root of her work. She looks to literature, in particular, for insights into the ways individuals and communities negotiate belonging during times of change. Since her early research on the nature of Australian expatriate fiction, Brydon’s work has studied the mobilities of people and ideas across borders of various kinds. Research into Canadian settler colonialism is involving her in a very current dialogue about Canadian culture, history, and possible futures. Her country is rethinking its colonial past and her city is the home of a new national centre of learning, the Canadian Museum for Human Rights, established in Winnipeg in 2014, with its mission statement to ‘build […] a new era of global human rights leadership’ and take visitors ‘on a journey to erase barriers and create meaningful, lasting change.’

This suggests a sea change in thought and a desire to not just bring people together now, but to make sense of how existing cultural rifts came to be, and how they might be healed.

Much of Brydon’s research which has aimed to penetrate the entanglement of Canada’s colonialist history within global systems has been done through collaboration with scholars, creators and students, highlighting the importance of an interdisciplinary approach to post-colonial studies. By shining a light on the literature of colonised peoples, she presents the world with a new resource by which to better understand – and learn to respect – the perspectives of others. In placing Canadian literature in settler colonial, post-colonial and international contexts, Brydon has also advocated for the study of Canadian literature with postcolonial reading strategies and decolonising imperatives. Her current research examines how speculative fictions from around the world enable readers to imagine a future beyond the limits of the present.

Colonialism and research practices
The forces that led to globalisation may be reaching their limits. By its act of ‘shrinking’ the world, colonialism has since the fifteenth century oppressed and eradicated minority cultural practices and groups while also preserving records that may be consulted with new sets of questions posed from the perspectives of the previously colonised. The legacies of such globalising processes in the twenty-first century include institutionalised misogyny and racism, a dearth of opportunities for young people and a widespread societal ignorance of Indigenous culture. There has been positive action more recently; active resistance to such oppression led to the United Nations Declaration of the Rights of Indigenous Peoples in 2007, which not only affirms that any doctrine advocating the superiority of any peoples based on culture or ethnicity is socially unjust but acknowledges that the suffering of Indigenous Peoples historically has prevented themselves and their cultures from developing in accordance with their own needs and interests. It is time to listen to their stories and attend to their visions of the future.

Indigenous voices have been silenced in the historical record. In addition, Indigenous groups are woefully under-represented by scholars in academic institutions. As Brydon’s research has pointed out though, it is these voices that are critical to coming to terms with what it means to be, for example ‘Canadian’, today. Indigenous story-telling is changing the literary landscape and shifting understandings of land. Brydon’s research has consistently advocated for increased transnational and trans-cultural engagement in cultural studies, arguing that Indigenous resurgence, multiculturalism and globalisation can best be understood through contextualisation of their entanglements at local, national and global scales.

Imagining otherwise
Professor Diana Brydon has been a force in post-colonial studies of globalisation and Canadian and international culture, grappling throughout her career with the idea that our understanding of history and the world today can only be improved by acknowledging and considering previously (and often still) marginalised perspectives. Her work is highly relevant in a world that is becoming increasingly uncomfortable with its past and anxious about its future. Our best chance at co-existing in our progressively integrated society is tied up with our willingness to reflect on our past and listen to the stories we have been previously unable to hear.

Your research has consistently strived for a global understanding of the past and the present; why do you think this is so important now, in 2018?
<>We still only have a partial view of our history: that of the victors. The seeds of the challenges we face were sown many years ago and are now looming so large we can no longer ignore them. A lack of respect for other living beings, human and non-human, is now bearing fruit in rising seas, water shortages, desertification, and the social unrest they cause. I have turned to fiction and poetry seeking answers to the question of why people put up with the way things are and how, when they don’t, they can create a more just world.

You have recently completed a partnership project working on Developing Transnational Literacies with colleagues from Sao Paulo University, Brazil. Can you tell us briefly about the objectives of this research partnership?
<>We aimed to create a reciprocal dialogue between scholars working in Brazil and Canada. So much history and so many stereotypes separate us. Our goal was to learn more about each other’s countries and the different challenges we face in teaching English language and literature as a route toward engaged critical thinking in global times. Our focus fell on the challenge of decolonising both English studies and teaching practices. For us, transnational literacy involves relearning how to learn, questioning what counts as knowledge, and the relations between knowledge and privilege. For example, we visited the National School run by the Landless Workers Movement outside Sao Paulo to learn more about their initiatives.

How far do you think research practices have changed with regards to post-colonialist/feminist readings since you began your career in the 1970s?
<>Enormous progress has been made. When I began my doctoral research, I was warned I would never get a job if I worked in these areas. Both fields have benefitted from the development of analyses of the structures of power, within and beyond the academy, that have prevented the contributions of women and the colonised from being taken seriously. The activism of social justice advocates continues to make a difference. The full challenge of decolonisation, changing those inequitable structures inherited from the past, remains before us but we now have a better understanding of what meeting that challenge may involve.

Some of your publications have been described as game-changing and seminal; what work are you personally most proud of?
<>I am proud of the trans-national, trans-generational, trans-disciplinary research team building I have been involved in, training new generations of scholars, and learning with others how to think beyond the borders of the training we ourselves received. Those partnerships don’t end when the research funding is over. Each of my publications, individual and collective, emerged from a moment in time that seemed to require that particular intervention. Most of my work continues to ask questions deriving from the “Globalisation and Autonomy” project, especially those set out in Renegotiating Community: Interdisciplinary Perspectives, Global Contexts, and further explored in subsequent articles and books. But it is always my latest project about which I am most excited.

Globalisation through a post-colonialist lens: understanding our past is key to our present was last modified: June 25th, 2018 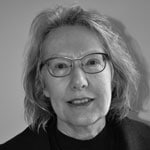 Diana Brydon (BA and MA University of Toronto, PhD Australian National University) took up the Tier 1 Canada Research Chair in Globalization and Cultural Studies at the University of Manitoba in 2006. Elected to the Royal Society of Canada in 2008, she won the Bowman Research Award in 2015, and received an honorary doctorate from Linnaeus University, Sweden, in 2016.

Professor Brydon’s research aims to improve understanding of how globalisation and culture interact and what humanities-based study can contribute to meeting global challenges.

Brydon, D., 2018, "Globalisation through a post-colonialist lens: understanding our past is key to our present", Research OUTREACH (103). Available at: https://researchoutreach.org/articles/globalisation-through-a-post-colonialist-lens-understanding-our-past-is-key-to-our-present (Accessed YYYY/MM/DD)