Behavioural Sciences
Dr Monique Turner of Michigan State University, is an expert in persuasion and health and risk communication, and is conducting research into the way people cognitively process campaign messages. Emotions, including anger, are known to be predominant in persuasion, decision-making and risk assessments. Although commonly associated with negative behaviours, anger as a positive motivator in behaviour change is a promising line of research. Here, we take a closer look at Dr Turners’ anger activism model, asserting that anger appeals (persuasive messages meant to create outrage in a target audience) and efficacy interact in a unique way to determine message responses to campaign materials.

Anger is known to be a precursor to social activism that motivates people to act on their sense of injustice or concern, it can engender a sense of ‘rightness’ about their behaviour. Dr Turner’s research interests encompass the effects fear, anger, shame, and guilt have on the cognitive impacts of risk messaging, and she is keen to explore the role anger plays in people’s commitment to act on a message. Risk messages are often related to public health and wellbeing, they encourage the public to engage in positive behaviours such as stopping smoking, getting vaccinated, and engaging in social distancing. Dr Turner has developed the Anger Activism Model (AAM) as a way to test the impact that anger engendered by a message has on cognitive processing and social activism. Appropriately harnessed anger may be effective in motivating people to make beneficial behavioural and attitudinal changes. The theory behind this model examines persuasive messages that draw on a person’s feelings of anger to outrage, and it questions the intensity and usefulness of the anger they experience.

Anger and self-efficacy
The AAM proposes that people who are made to feel angry, but who think they can do something effective about the issue are likely to engage in deeper thought processing around the particular concern. Therefore, anger interacts with self-efficacy (confidence that the person can cause change), impacting how deeply they think about the message and shift in their behavioural intentions. Where efficacy beliefs are strong, there is a linear relationship between anger and activism, which can range from signing a petition to volunteering for or even starting a campaign. Anger can be counterproductive, however, if people have weak efficacy beliefs, or feel that their anger does not have an appropriate outlet. The AAM model contributes to emotion theory and practical outcomes through its focus not just on cognition, but on behavioural intentions too. Anger is commonly considered to be a destructive emotion that is accompanied by aggression and impulsiveness, but the AAM suggests that the intensity of anger and its utilitarian functions has potential. 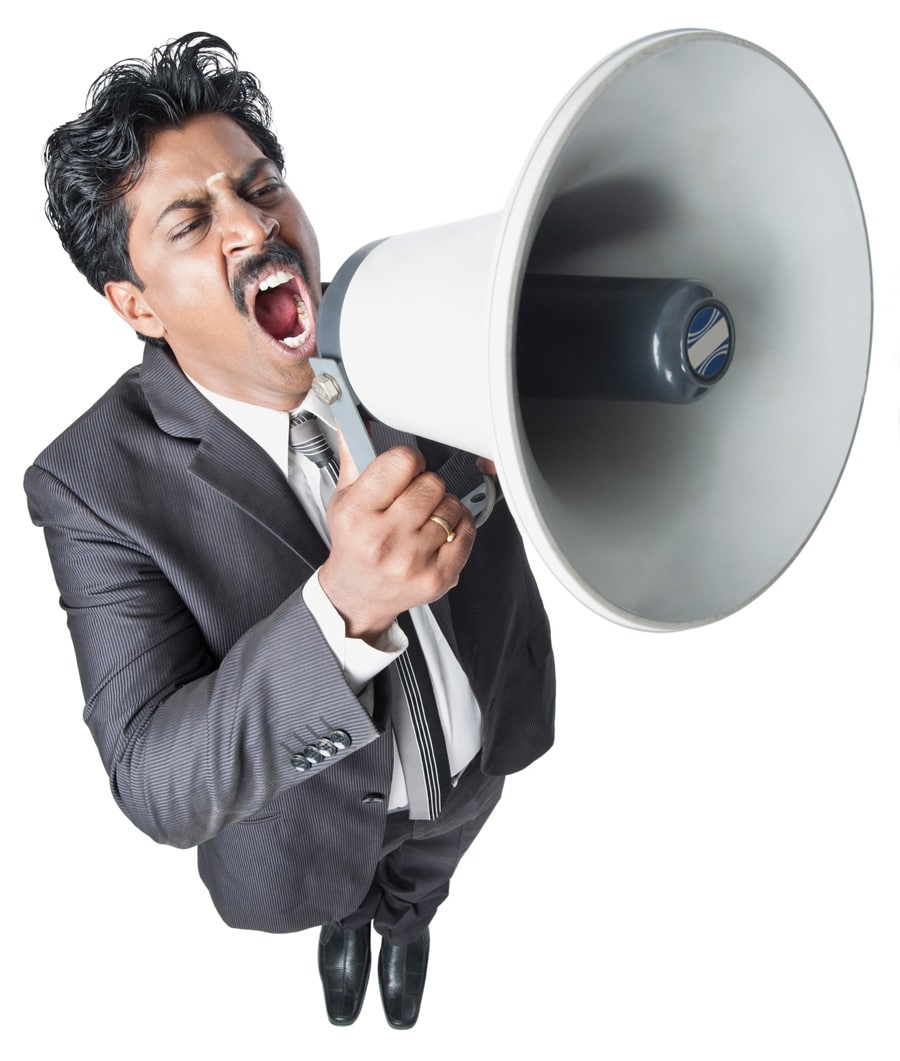 An effective activist
The individual with intense anger and strong efficacy can be an effective activist who visualises success, whilst the person with intense anger but low efficacy is unable to visualise a positive scenario, and therefore lacks the motivation for action. This means that the person who sees a message that, for example, promotes positive health-giving behaviour, and who has both anger and a strong sense of efficacy is more likely to engage in the behaviour. Hence, it is the intensity of the anger experience that is the moderating factor, which then influences how people process messages and demonstrate commitment in response to them. According to the AAM, when self-efficacy is strong, the person’s anger is balanced by a belief that something can be done, but if there is a weak sense of efficacy, then the person may be reluctant to act.

Appropriately harnessed anger may be effective in motivating people to make beneficial behavioural and attitudinal changes.

Testing the theory
To test the AAM model out, Dr Turner has conducted several experiments. In one experiment, participants were recruited in order to study the theory of anger and efficacy responses. Participants were asked to read an article that had supposedly appeared in an online student newspaper; participants did not know until debriefing that the article was fictional, although it was based on an actual policy known as the ‘Good Samaritan Policy’. This encourages an amnesty to students who engage in illicit behaviour like drug-taking or underage drinking, but who seek emergency help for themselves or another if they become unwell. The article reports that a student who acted on the policy, after a friend he was drinking with became ill, was then punished. Different versions of the article were given to students, with some getting a ‘low-anger’ version and others a ‘high-anger’ one. Wording was altered without changing the basic event itself so that in the low-anger account the student was given ‘notice of a subsequent expulsion’ whilst the high-anger version stated that ‘officials ripped away’ the student’s status and ‘kicked’ him off campus. Efficacy was likewise manipulated, a low-efficacy statement said ‘there’s little we can do about it’, while a high-efficacy one replaced ‘little’ with ‘a lot’.

Overall, the experiment supported the AAM prediction that high-anger paired with high-efficacy increased how the students processed information and translated this into effective protesting. Students processed arguments more carefully if they were both angering and empowering, rather than when the argument was angering but negative and disempowering. The group with high-anger and high-efficacy were able to productively harness anger when given sound reasons to become actively involved, whereas those with high-anger but low-efficacy were less likely to act on their anger due to the weakness of the accompanying argument. The experiment indicates that anger can facilitate or debilitate the way that people process information, depending on the degree to which the message communicates that a person can successfully create change. Anger can be productive then, if the individual believes they can respond effectively to an anger-inducing message. In another test, 15-21 year olds were surveyed for their responses to two anti-smoking adverts. The results indicate that message content alters how strongly anger and efficacy impacts cognitions and willingness to tell others about the campaign. Generally, high anger, high efficacy groups had increased odds of message-related cognitions and willingness to talk than those with low anger, low efficacy. 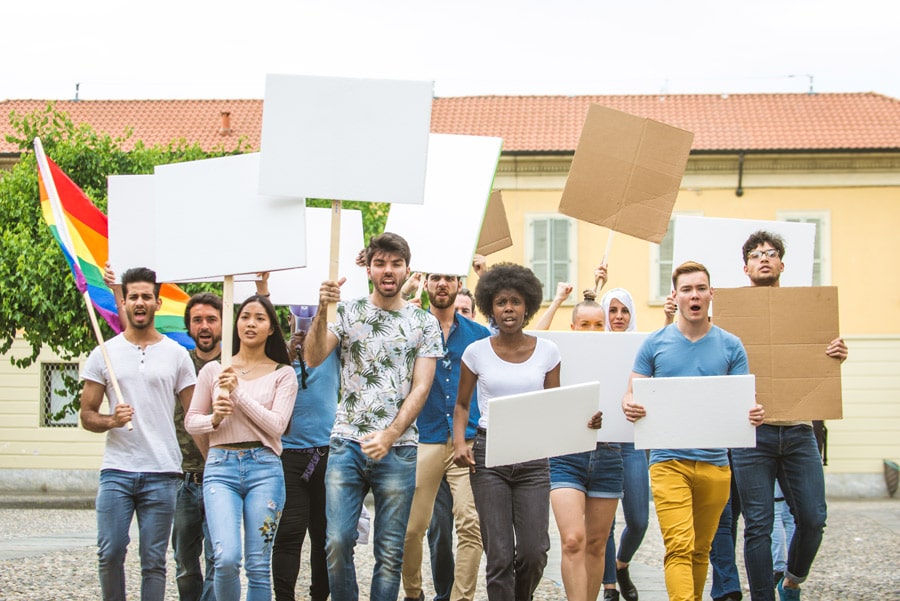 Future research
Further testing of the theory is planned, and this will examine the AAM in various settings and conditions. Anger is an emotion that is challenging to study as people can be reluctant to admit to it. It is possible, therefore, that the students’ responses reported above may have been moderated by their awareness of the stigma attached to negative emotions. In the next phase of research on the AAM, Dr Turner and colleagues will use methods including eye-tracking and EEG (testing brain activity) to explore the cognitive dynamics of anger and social activism. These methods can detect elements of cognitive processing that the research participant is not consciously aware of, and will provide new insights through the monitoring of brain activity. Nevertheless, the current findings suggest that inducing anger without an outlet for its expression is counterproductive, as the target audience are inhibited in their ability to process the message and constructively act. Despite the fact that anger is associated with anti-social behaviour, if harnessed in a suitable manner, it is likely to positively impact on attitude change in the targeted population. Emotions frequently motivate people, and in the right circumstances anger can persuade the individual to pay attention to a message and adjust their behaviours.

The AAM theory indicates that when persuasive messages are being composed, anger does not have to be avoided if self-efficacy beliefs are also included. The research being undertaken will help to create persuasive messages that channel anger toward positive outcomes, such as civic engagement and constructive behaviour change, that are beneficial to people and broader society.

How do you envisage your work being used in the future, for example, anti-vaxxers have been vocal in attempting to discredit vaccinations, how will your work address these issues and encourage people to get vaccinated/eat healthily/get health screening? (and other such issues too).

<>There are at least two applications. First, people can develop pro-vaccination adverts that get people angry and ask them to fight for vaccination rights (for example). If people can envision the harms that are done to people because a few are not vaccinated, and they are given direction in what actions to engage in, they may be more likely to act. Second, it can be used as an audience segmentation tool to assess what individuals should be engaged in a campaign. Those who are angry and believe there are steps that can be taken should be leveraged as change agents in a campaign. Politicians already do this successfully. 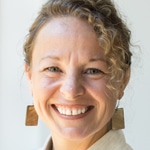 Dr Monique Mitchell Turner is Professor and Chair of the Department of Communication at Michigan State University. Turner is trained in persuasion and health and risk communication, with a particular focus on message design and cognitive processing of health risk communication. Turner’s focus is the role that emotions play in the psychosocial processes explaining message effects. Her work has examined the effects of guilt, shame, anger, and fear in the cognitive impacts of public health messaging.