Engineering & Technology
Scientists are continuously searching for new materials whose properties may solve the toughest challenges of our heavily technological society. To tackle the need for longer-lasting energy storage, for example, Dr Ben Breitung, Dr Torsten Brezesinski and their teams at the Karlsruhe Institute of Technology (KIT) are developing high-entropy materials by diversifying the composition of crystal structures. The properties of these versatile and highly tailorable materials, so far mostly unexplored, have already proven to be promising for applications in the next generation of battery technology.

In the last couple of decades, there has been an explosion in the number of mobile devices and gadgets that are available to us. Many are part of our everyday lives, and others, such as mobile phones, have become essential items in our societies. The astounding developments in portable electronics were only possible due to the invention of the Lithium-ion (Li-ion) battery, an advanced, lightweight technology that is able to efficiently power our remote devices for long periods of time. In addition, the Li-ion battery introduced the possibility for rechargeable devices, with batteries sustaining hundreds of recharges before they lose performance.

The widespread impact of the Li-ion battery was recognised in 2019, when John B. Goodenough, M. Stanley Whittingham and Akira Yoshino were awarded the Nobel Prize in Chemistry for their contributions to the development of this technology. The collective contributions of these three scientists are thought to have laid the foundation of a wireless, fossil fuel-free society.

Opportunities and challenges
Li-ion batteries present promising opportunities for expansion in a number of sectors. In the field of renewable energy, for example, energy storage in Li-ion batteries is a potential solution to the intermittency of solar and wind energy sources – that is, the fact that energy is produced only when the sun shines or the wind blows. If excess energy produced during these times could be stored in Li-ion batteries, the energy could be later fed into the grid to compensate for the break in energy production during the night, for example. This capability could be the final step towards the widespread use of renewable energy all over the world. In addition, the improvement of the energy-storage capability of Li-ion batteries could increase the single-charge range of electric vehicles, which is one of the determining factors in the mainstreaming of this green technology.

Energy storage in Li-ion batteries is a potential solution to the intermittency of solar and wind energy sources.

The characteristic property of Li-ion batteries – their ability to recharge, referred to as ‘reversibility’ – could also benefit from further improvements. Li-ion batteries deliver energy through a reversible electrochemical reaction, during which lithium ions move from one end of the battery to the other. Because this reaction is reversible, lithium ions are able to travel back to their initial location, which is the process taking place when a Li-ion battery is being recharged. However, this back-and-forth reaction is not one hundred percent efficient, and with each cycle some energy is inevitably lost. With time, therefore, the Li-ion battery loses efficiency, starts requiring more frequent recharges and eventually will need to be replaced. Increasing the usable lifetime of Li-ion batteries by increasing their reversibility, especially if batteries no longer need replacing at all, would be immensely beneficial, both economically and environmentally.

High-entropy materials for energy applications
There are many avenues of research currently looking into new ways of improving battery technology to allow for green energy to reach its full potential. One of those avenues is pursued by Dr Ben Breitung and Dr Torsten Brezesinski of the Karlsruhe Institute of Technology, who are developing novel high-entropy materials. The properties of these materials, mostly unexplored to date, show much promise for future energy applications.

Entropy is a scientific quantity that can be thought of as a measure of disorder of a given system. According to the second law of thermodynamics, every system will naturally tend towards disorder – towards increased entropy – where the system is most stable. The stability of a material can therefore be enhanced by increasing its entropy, or its disorder. In a crystal structure, which consists of a large network of repetitions of the same pattern, high entropy can be achieved by increasing the variety of chemical elements present in the crystal’s composition. For example, the team at the Karlsruhe Institute of Technology modified a simple rock-salt structure of nickel(II) oxide, NiO, into a complex crystal of the form (LiCoNiCuMgZn)(OF), with atoms of lithium (Li), cobalt (Co), copper (Cu), magnesium (Mg) and zinc (Zn) substituting some of the nickel atoms, while fluorine (F) substituted some of the oxygen (O) in the lattice. These alterations need to be well thought through, however, because drastic disruptions of the crystal structure can lead to instability of the final material. A fine balance between the variety of elements and crystal structure needs to be achieved in order to produce materials for which high entropy can enhance stability.

The real potential of high-entropy materials comes from the ‘cocktail effect’ that results from combining a large variety of different elements into a single-phase crystal structure. Each combination of elements results in a final material with its own particular, often unexpected, characteristics and properties. The properties of the material may be superior to those of the components on their own, in the same way that joining cachaça and limes onto a caipirinha tastes better than either of those things individually. Despite being difficult to predict computationally, the properties can be finely tailored by controlling the exact composition of the crystal lattice. It is this versatility and tailorability that offers many promising applications, since in principle these high-entropy materials can be designed to have any specific characteristic that serves any chosen application.

High-entropy oxides
The teams of Dr Breitung and Dr Brezesinski have recently focused on synthesising and studying high-entropy oxides, a specific variant of high-entropy materials. High-entropy oxides, which are complex crystals containing oxygen in their lattice, have been demonstrated to be conducive of lithium-ion movement, which makes them promising candidates for use in new-generation Li-ion batteries.

In principle, these high-entropy materials can be designed to have any specific characteristic that serves any chosen application.

In one of their recent publications, Dr Breitung and Dr Brezesinski’s teams focused on one of the most widely used materials in high-energy-density batteries, a layered crystal structure of the form Li(NiCoMn)O2 (NCM or NMC). In particular, they explored how the addition of different elements to this structure affects both its shape and its properties. The teams were able to synthesise high-entropy versions of this class of electrode materials and found that, for example, in a high-entropy crystal of the form Li(NiCoMnAlFe)1O2, replacing 20% of the lithium with sodium (Na) increased the material’s capacity, as well as improving its reversibility and dropping its oxidation potential, all of which are important steps towards an improved cathode battery material.

The teams have demonstrated not only that high-entropy versions of common battery materials can be achieved, but also that the properties of these high-entropy versions can be tailored by small changes in crystal compositions. As such, the crystal compositions of high-entropy materials could in principle be purposefully altered to enhance the properties required for more powerful and longer-lasting batteries. Hence, the work by Dr Breitung, Dr Brezesinski and their teams proves that high-entropy oxides offer great design flexibility for energy applications and, potentially, many others.

With the whole of the periodic table available to mix and match into these new complex crystals, the possible combinations are virtually endless, and the resulting properties, still a mystery today, are unpredictable. There is just no telling how, or how much, this new and exciting field of research will change our future world.

What is the most exciting application you can envision for high-entropy materials in the energy sector?

<> The possibility to apply the high-entropy concept to virtually any class of materials makes it so exciting. The way towards broad fields of applications has been paved, but the impact of the high-entropy concept, in general, is largely unpredictable. Regarding energy applications, it seems that both energy storage and conversion and catalysis are most promising at this time. However, because of the vast number of possible materials compositions, conventional (experimental) approaches are stretched to their limits. Nevertheless, the large chemical parameter space offered by the high-entropy concept allows for the development of new materials with unexplored combinations of elements and unprecedented properties and might lead to unexpected and exciting results also for other applications. 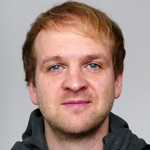 Ben Breitung obtained his PhD in 2013 from the KIT before joining the KIT/BASF Joint Laboratory BELLA. Since 2017, he is leading the “Printed Electronics” group and, since 2018, additionally the “High-Entropy Materials” group at the Institute of Nanotechnology (KIT) in the research unit of Prof. Dr.-Ing. Horst Hahn. 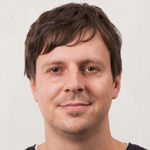 Torsten Brezesinski obtained his PhD in 2005 from the Max Planck Institute of Colloids and Interfaces/University of Potsdam. After postdoctoral work at the University of California, Los Angeles, he joined the Justus-Liebig-University Giessen as an independent group leader in 2008. Since May 2012, he is laboratory manager of the KIT/BASF Joint Laboratory BELLA and group leader at the Institute of Nanotechnology (KIT).

Drs Breitung and Brezesinski study high-entropy materials and their use for energy applications.