Biology
Plants, like other living organisms, have genetic stress-avoidance mechanisms that allow them to become resistant to specific chemicals when continuously exposed to them. Dr Christopher Saski from Clemson University and Dr William Molin from the U.S. Department of Agriculture are researching the extrachromosomal circular DNA (eccDNA) structure known as the replicon of pigweed, which contains the EPSPS gene, the gene product of which is the target of the herbicide glyphosate. The replicon is a feature of the glyphosate-resistant pigweed genome that gives the pigweed selective advantage to survive and proliferate – and has characteristics similar to some human cancers. 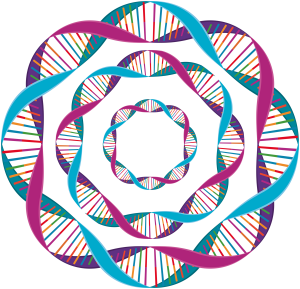 Weeds are plants with exceptional genomes and adaptive potential, which allows them to rapidly adapt to both biotic and abiotic stresses, such as pathogens or harsh environmental conditions. They have remarkable adaptability and can thrive in a variety of adverse conditions, including droughts, extreme weather, soils with non-neutral pH and high salt content, to list a few. In fact, these are the same traits that crop breeders all over the globe work on selecting for in crops for humans and agriculture, but advances are often minimal and slow. Unfortunately, weeds take a huge toll on agriculture all over the world. Approximately 600 million pounds of herbicides are applied in the U.S. alone to manage weeds, leaving a large chemical footprint in the agroecosystem. Furthermore, the expanding number and global distributions of herbicide-resistant weedy species threaten food, fuel, and bioproduct sustainability.

Target gene amplification is a common glyphosate resistance mechanism. A thorough understanding of the genome dynamics involved is fundamental for the development of new-age weed mitigation strategies for agriculture. Dr Christopher Saski, Associate Professor of Systems Genetics at Clemson University, South Carolina, and Dr William Molin, Plant Physiologist at the Agricultural Research Service, U.S. Department of Agriculture, discovered a unique feature about the pigweed genome that allowed it to amplify a gene known as EPSPS in response to glyphosate stress. The product of this gene is the target of the herbicide glyphosate. Still, the plant is able to respond to the stress by developing resistance mechanisms of survival that lead to its subsequent proliferation. The extent of pigweed resistance to glyphosate is such that it has spread to 27 states in the U.S. and herbicides that were commonly used before the advent of glyphosate had to be reintroduced to mediate the threat to crop production.

Drs Saski and Molin speculate that eccDNAs could constitute the targets of the next generation of herbicides and
anti-cancer drugs.

Herbicide resistance mechanisms can be inherited
Drs Saski and Molin published two studies, one in 2017 and one in 2020, showing that the DNA in pigweed forms a very large, circular, self-replicating structure called the replicon. This structure is an example of an extrachromosomal circular DNA (eccDNA). 41 of the 59 genes encoded by the eccDNA replicon are transcriptionally active when replicon-containing glyphosate-resistant plants are exposed to glyphosate. The eccDNA replicon contains the EPSPS gene, which carries information to express the protein targeted by glyphosate among other genes that likely have broad function in response to environmental stresses. In response to exposure to the herbicide, the EPSPS gene is amplified and the plant will be able to produce high levels of the gene product. This allows pigweed to escape the destructive action of glyphosate.

Amplification of genes in the form of circular DNA is an instance of stress-avoidance mechanism. It leads to altered physiology in response to external stimuli and is an intriguing example of genomic adaptability through genetic diversity. Gene amplification, in response to selection pressures, has been observed in organisms other than plants. For example, bacteria have long been known to develop this type of resistance to escape the action of antibiotics. The extensive use of antibiotics among humans has driven up levels of antibiotic resistance and led to the formation of several ‘superbugs’. A similar mechanism has been observed in insects developing insecticide resistance. Similarly, the extensive and exclusive use of glyphosate has led to the evolution of herbicide resistance in plant organisms like pigweed and other crop weeds. Drs Saski and Molin showed that the eccDNA replicon can be inherited by the next generations of plants, which will then be glyphosate-resistant by nature, acting as examples of adaptive evolution in action.

It is not known with certainty whether the glyphosate resistance by pigweed evolved once and then spread across the U.S., or whether it originated independently in several locations. The researchers addressed this question by assessing the genetic variation of glyphosate-resistant (GR) and glyphosate-susceptible (GS) subtypes of pigweed from different regions in the U.S. The high sequence conservation among GR biotypes, which were widely distributed across the country, further supports the hypothesis that glyphosate resistance most likely originated from a single population. It is thought that it first originated in Georgia and then spread to the rest of the U.S. through seed dispersal and mechanical means.

The role of circular DNAs in cancer drug resistance
Despite still not being very well understood, eccDNAs are found in other plants and several other examples of higher eukaryotic species, including humans. Interestingly, many human cancers have been found to contain eccDNAs with tumorigenesis genes encoded in them. Whole-genome sequencing and structural modelling studies show that eccDNAs were found in nearly half of human cancers analysed. The presence of eccDNAs varied by tumour type, but was also found in normal human cells.

Very recently, several human cancers containing eccDNAs have been reported to correlate with resistance to chemotherapy. These eccDNAs are proposed to give human cancer the genetic heterogeneity and selective advantage to survive and proliferate in response to pharmacological stress. Intriguingly, mathematical models predict that eccDNA amplification would increase oncogene copy number more effectively than chromosomal DNA amplification. Drs Saski and Molin speculate that eccDNAs could constitute the targets of the next generation of anti-cancer drugs.

The eccDNA replicon can be used as a vehicle for gene amplification, trait expression, and maintenance and transfer of genomic information, offering new horizons in biotechnology.

A highly conserved sequence that acts as a plant plasmid
Analysis of the eccDNA replicon revealed a region with sequences that are typically associated with autonomous replication sites. Autonomous replicating sequences (ARS) can function as origins of replication in eukaryotes, and plants have been shown to have conserved ARS structures and sequence features commonly found in yeast and higher animals. The sequence of the eccDNA ARS found in pigweed has an exact match as that identified within the genomes of yeasts and other plants. Interestingly, cloning of the ARS sequence of the eccDNA replicon demonstrated that it enables self-replication by producing dividing colonies when expressed in ARS-less yeast. This is a novel discovery that defines a mechanism by which the eccDNA replicon makes many copies of the EPSPS and other genes.

The presence of circular DNAs across all kingdoms suggests a fundamental biological role in the cell. Amplification of genes and gene clusters in circular DNAs are primary mechanisms of genomic adaptability that is triggered in response to environmental stimuli.

Future perspectives
Dr Saski, Dr Molin and their team are now working to better understand the genetics and functional components of the eccDNAs in pigweed. These could be used as models for the development of new herbicides, or to develop mechanisms that can reverse glyphosate resistance. Genomic insights into eccDNA biology will provide alternate approaches to enhance crop production and weed management, and perhaps function as new vehicles for plant genetic engineering. New biological understanding of eccDNAs and their role can also lead to approaches to accelerate or decelerate the adaptive process, which would allow farmers to produce new crops in a much faster timescale than in a natural process, or slow the process of adaptation for sustainable weed control. Going forward, this could become a component in a larger strategy for feeding an expanding global population.

The eccDNA replicon can be used as a vehicle for gene amplification, trait expression, and maintenance and transfer of genomic information. This vehicle may offer new horizons in biotechnology. The use of engineered replicons might circumvent some of the problems associated with conventional genome engineering, providing faster routes to the introduction of favourable traits in crops. Further investigations will be required to establish the mechanisms of eccDNA proliferation and whether it is compatible with different species.

How and why did eccDNAs evolve?

<> EccDNAs have been hiding from us in plain sight. The recent discovery of these have only become possible once technology advanced enough. We speculate that these are an inherent genetic mechanism that the cell calls upon to survive a stress. Harnessing the mechanisms of eccDNAs offers potential as they could constitute the targets of the next generation of herbicides and anti-cancer drugs, or serve as vehicles for beneficial trait engineering in plants.

The role of extra chromosomal circular DNA in rapid adaption to glyphosate resistance in pigweed was last modified: February 9th, 2021

Dr Christopher Saski is an Associate Professor at Clemson University. He holds a BS and PhD in microbiology and genetics, respectively. His expertise is in systems genetics and functional genomics in crop and weed species. Current research projects are focused on linking genome structure with function to advance crop breeding, productivity, horticultural traits, and resilience to abiotic/biotic stresses. 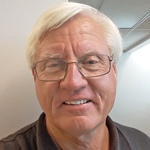 Dr William Molin is a Research Plant Physiologist in the USDA-ARS Crop Production Systems Research Unit at Stoneville, Mississippi. He holds a BA and MA in Biology, and a PhD in Plant Biochemistry. His expertise is in herbicide mechanisms of action. Current research projects are focused on how weeds become resistant to, and succumb to, herbicides.

Dr Saski and Dr Molin are researching the reservoir of eccDNA responsible for EPSPS gene amplification, a feature of the pigweed genome that gives the pigweed selective advantage to survive and proliferate under glyphosate stress, with similarities to some human cancers.