Dr Elara Bertho, of the French National Centre for Scientific Research, and Dr Marie Rodet, at SOAS University of London, have revised, edited, and annotated a 110-page manuscript written by Guinean scholar Djiguiba Camara (c. 1885-1963), entitled “Essai d’histoire locale” (“Essay on local history”). The manuscript presents a history of Upper Guinea with an emphasis on the Empire of Samori Touré, a military leader who led anti-French colonial resistance in the 19th century.

Fata Kéoulé Camara, Djiguiba’s father, was one of Samori Touré’s advisers, and a close witness to the events that Djiguiba described in his work. Furthermore, Djiguiba Camara was a colonial intermediary. By intermediaries, the researchers mean those who were colonised but who held a subordinate position in the colonial administration, or at least those whose task was to establish an ongoing link between the colonisers and colonised. This is a broad definition which could include African interpreters, as well as office workers, secretaries, public writers, teachers, and in this case, the local chiefs (as Camara had been appointed a district commissioner in 1928). Intermediaries were seen as ‘cultural mediators’ and ‘cross-cultural brokers’, as they maintained (unequal) communication bridges between coloniser and colonised. 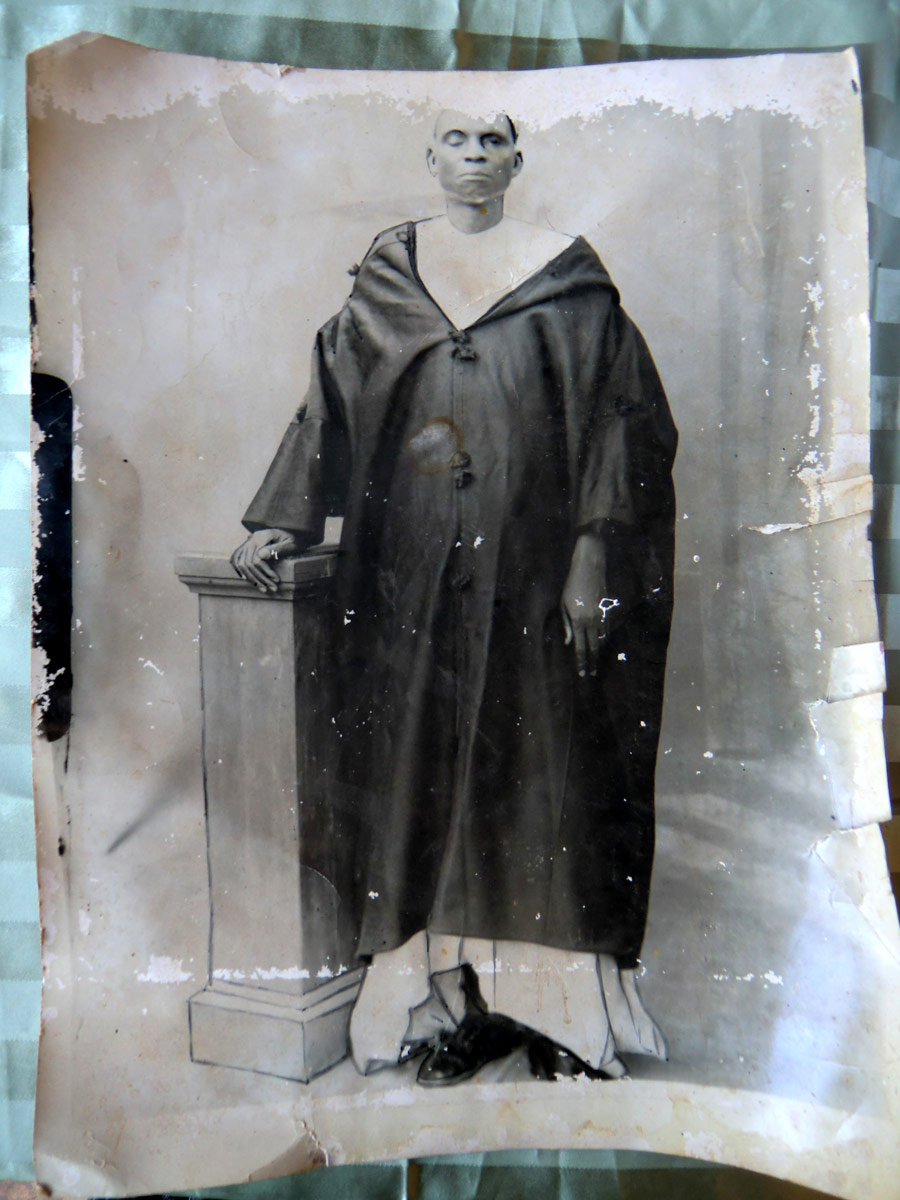 Ronald Robinson has described how the ‘bargain of collaboration’ enabled some colonial subjects – in particular intermediaries – to accumulate power and fortune, while offering a certain number of ‘services’ to the colonial administration (Robinson, 1972). This involved production of knowledge about indigenous societies. However, these contributions remained unofficial, and intermediaries have only rarely been recognised as co-producers of knowledge by Western recipients, including explorers, soldiers, missionaries, administrators, and ethnographers (Tilley & Gordon, 2007; Lawrance, Osborn & Roberts, 2007).

At the end of the Second World War, this type of ‘collaboration’ entered a new phase, as a growing number of Western researchers aimed to produce knowledge with a view of ‘modernising’ colonial Africa. However, the contribution of Africans has still not received sufficient recognition, as proven by the ignorance of Djiguiba Camara’s historical scholarship until its publication by Rodet and Bertho in 2020.

The authors place Camara’s work as a counter-history to the weight of French colonial writing.

Life of Djiguiba Camara: The trajectory of a Colonial Intermediary and a Guinean Scholar
Djiguiba had a long and eventful career. From 1914, Djiguiba was employed by the Banque de l’Afrique Occidentale at its Conakry branch. In 1928, he replaced his deceased brother as canton chief, based in the village of Damaro, his birthplace. In 1946, Djiguiba stood for the first time for election to the Conseil Général, but received very few votes in his canton. He was seen as “authoritarian and proud”. Reforms of the repressive colonial system were gradually introduced, including the abolition of forced labour in French West Africa in 1946. In 1952, however, Djiguiba was elected to the Territorial Assembly as Paul Téteau’s deputy on the list for the “Defence of Rural Interests”. Following Téteau’s death in 1952, Djiguiba Camara replaced him until further elections took place on 2 August 1953. These elections were won by Sékou Touré, the future first President of Independent Guinea. One can argue that Djiguiba started his political career in Beyla as one of Sékou Touré’s main opponents. Djiguiba had begun writing “Essai d’histoire locale” in 1928 when he was appointed canton chief, and he continued writing it until his death in 1963. Djiguiba Camara used his scholar’s position and his writings to legitimate his local position in a fast-changing political landscape.

The manuscript: A major source for African history
Djiguiba Camara began writing his text in 1928 and completed it in 1955, with the intention of having it published. He gave a copy to Yves Person, a French historian, who collected and documented different accounts recorded from the communities for his PhD thesis published in three seminal volumes in 1968, 1972, and 1975. Person was among the first European historians of Africa to compare colonial sources with African oral traditions. Person in his bibliography only wrote down the names of the main speakers with some notes on the interviews he conducted with ‘privileged sources’. Djiguiba Camara appeared as his main ‘privileged source’, but the 110-page manuscript of “Essai d’histoire locale” actually appeared in Person’s personal papers.

Camara’s text can be seen as a hybrid source, as it is influenced by oral tradition, genealogies, epic, and colonial model of historical writing. Yet it doesn’t fall fully into one of these categories as Djiguiba Camara uses these multiple and rich legacies of history telling and writing to legitimate his position as local scholar in a colonial context.

The presence of Djiguiba Camara’s manuscript in Person’s personal papers, with no specific reference as a source text in his PhD thesis, also points to uses (and abuses) of local knowledge and authorship that were common during the colonial era. Yves Person conducted his own research while a colonial administrator in Upper Guinea. Camara’s son, El Hadj Daouda Damaro Camara, has accused Yves Person of extracting the work from him in exchange for what turned out to be a false promise that it would be published in France. The text is seen as a vital family patrimony by Camara’s descendants, and this idea is reinforced by the fact that El Hadj Daouda continued to edit and expand upon his father’s work until today.

Publishing such text in open access is a vital means of recognising the value of local historians and reasserting the importance of silenced African voices and neglected sources for the history of the African continent.

The text discusses the family migrations of the Camara, the wars of Samori Touré, the colonial conquest, and covers the period up until 1955. After careful study of the manuscript, Dr Bertho and Dr Rodet got closely engaged with Camara’s family in order to publish his work, and adopted a transdisciplinary approach at the intersection of history, literature, and oral interview.

The authors place Camara’s work as a counter-history to the weight of French colonial writing. They argue that Djiguiba Camara’s trajectory and his historical work merge his family narrative with a broader colonial history, and are centred around his culturally ‘in-between’ position.

Publishing such text in open access is a vital means of recognising the value of local historians and reasserting the importance of silenced African voices and neglected sources for the history of the African continent.

Working with the family to recognise postcolonial power imbalances
Dr Bertho and Dr Rodet’s initial investigation attempts, however, angered Camara’s family, who had been distrustful towards the researchers, following their negative experience with Person. They threatened the researchers with a lawsuit.

Nevertheless, in 2015, the researchers established a rapport with El Hadj Daouda Damaro Camara, and they travelled to Conakry and Damaro to interview him. El Hadj commented that all his life he had his heart set on enhancing his father’s document. At this stage, the text was over two thousand pages long, unfolding a global history of the black people. After a series of negotiations between the researchers and the Camaras, the family made the formal decision to give Dr Bertho and Dr Rodet the right to publish their ancestor’s manuscript in Europe. On behalf of the extended family, El Hadj Daouda and Mamadi Damaro Camara closely followed the project as it progressed. The researchers engaged with the family regularly via email and telephone, and Dr Bertho revisited Conakry and Damaro respectively in January and February 2018, and then again in April of 2018.

Each time, El Hadj Daouda Damaro Camara recounted his father’s story, producing an oral archive of the family and region’s history. As a result, the final text analyses the uses of local and family knowledge, while shedding important light on the trajectory of Djiguiba Camara and his family. In the introduction, the authors thank the Camara family, and acknowledge the life and work of Djiguiba Camara, calling for his wider recognition. Dr Rodet and Bertho are currently working on a second volume and a documentary film recounting the enquiry into Djiguiba Camara’s manuscript trajectory over the 20th century until its official publication in 2020.

What can Camara’s account teach us about the importance of recognising the work of African scholars more generally? 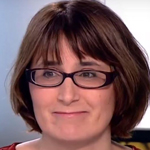 Marie Rodet, PhD (African Studies) is a Reader in the History of Africa at SOAS, University of London. She has extensively published on the modern history of gender, migration and slavery in French-speaking West Africa, including more recently a web documentary (bouillagui.soas.ac.uk).