Earth & Environment
Climate change is increasing global temperatures and the regularity and severity of droughts. Researchers are continually looking for innovative ways of measuring these effects on global ecosystems. The detection of chlorophyll fluorescence is one way of examining plants’ responses to environmental changes. Dr Edgard Bontempo and his team of researchers from FUNCATE and INPE aim to detect fluorescence through remote sensing of sun induced fluorescence (SIF) to study plants’ responses to drought and other seasonal changes in the Caatinga region of North East Brazil.

Climate change is increasing global temperatures and the frequency of droughts, stressing fragile ecosystems. Ecologists and biologists are increasingly looking for methods to measure and monitor how these changes affect vegetation worldwide, especially considering the close relationship between the climate and the biosphere, and the importance of vegetation as a carbon sink to mitigate climate change.

Chlorophyll fluorescence is light re-emitted from chlorophyll molecules in leaves, algae or bacteria, and is a side-effect of the photosynthesis process. The level of chlorophyll fluorescence emitted indicates a plant’s health, energy production power, and condition. It gives researchers a method of measuring the overall health of plants within an ecosystem through climatic changes over time.

Fluorescence is traditionally measured on a small scale at the level of the individual leaf or plant. However, developments in remote sensing over the last 20 years have meant that measuring chlorophyll fluorescence can be done on a broader scale with drones, satellites, and the Sun Induced Fluorescence (SIF) method of measuring fluorescence emissions.

Dr Bontempo of the Brazilian FUNCATE and INPE institutes has used these new SIF techniques to document the effects of seasonal climate variations on the Caatinga region in North East Brazil over an 11-year period, which featured a long period of drought. Dr Bontempo and his fellow researchers used this study to find new approaches to improve the interpretation of captured data, validate the efficacy of using SIF as a measure of plant and ecosystem health, and describe vegetation responses to environmental variation in the Caatinga region.

Studying vegetation change through SIF
Chlorophyll fluorescence detection at the leaf level is well understood and has been studied for 90 years, allowing the measurement of the condition and productivity of vegetation in agricultural, genealogical, and ecological studies. The study of fluorescence has been traditionally performed in carefully controlled conditions with laboratory or field-grade fluorometers. The use of remote platforms like satellites, airplanes, and Unmanned Aerial Vehicles (UAV) to measure fluorescence is a recent development, which is understudied and much more challenging to control and retrieve accurate data from.

SIF is fluorescence data when sampled remotely with passive illumination. There are many benefits in how SIF can capture chlorophyll fluorescence, including capturing data over large remote areas, which can be repeated across multiple temporal scales at costs much lower than field studies. However, there are still many difficulties in evaluating and finding meaning in SIF data, as it remains an understudied process. There are two primary reasons for the challenges in interpreting SIF data. The first is the use of natural sunlight, as there are so many variables such as atmospheric conditions and time of day. The second is the geometry between the leaves, the sensor (satellite), and the light source (sun), which can be very difficult to manage over a large area with mixed vegetation.

In Dr Bontempo’s study, he used SIF data collected from the GOME-2 orbital satellite, a satellite initially designed for monitoring ozone levels in the atmosphere. The environmental indicators used in the study included surface temperatures, precipitation levels, and soil moisture data, as these would influence vegetation the most and would be the best climatic variables to set against the SIF data to infer the plants’ responses.

This critical research from Dr Bontempo shows how effective SIF is in detecting changes in vegetation due to climate change.

Dr Bontempo’s study developed and tested new approaches in interpreting SIF data to mitigate some difficulties using UAVs to capture fluorescence emissions. The three primary methods to achieve these included angular adjustments to relate to the sun’s zenith angle, looking across the two spectrums in which fluorescence is emitted red and far-red. Additionally, a normalised difference vegetation index (NDVI) – a measure of greenness traditionally utilised in remote sensing since the 1980s – was used in combination with SIF as suggested in previous leaf-level studies. These modified SIF measurements, along with the original, were set against the environmental indicators using time-series decomposition, rank correlations tests, and linear mixed models.

The Caatinga eco-region
The Caatinga is a semi-arid region in the North East of Brazil, home to 28 million inhabitants. The area is characterised by heterogeneous vegetation and low levels of biodiversity relative to other areas in Brazil, such as the Pantanal and the Amazon. The heterogeneous nature of the vegetation, water-dependent seasonality, and recent extreme drought makes the Caatinga an ideal area for studying the efficacy of SIF in measuring and monitoring ecosystem health.

The Caatinga also has high levels of climatic unpredictability, with droughts lasting from months to decades. The unstable climate, coupled with a lack of natural resources to exploit, has led to neglect of both the populace and the broader environment by the government and scientific research. Considering the level of endemic species and diversity, it deserves further study, investment, and protection.

Plant responses to climate change
The results of this unique 11-year study showed that although data from SIF is complex, it is a good way of measuring plants’ responses to climatic variation and droughts. The research demonstrated the value of SIF by showing correlations between precipitation, soil moisture, and temperature data with the SIF data. The study found a substantial seasonal difference in the level of fluorescence from the region’s vegetation, which was pronounced further during a significant drought. These differences were shown to be closely related to the different vegetation types within the Caatinga.

The methodology, in utilising the sun’s zenith angle, the red and far-red spectrums of fluorescence emissions, and NDVI’s, showed how remotely sensed SIF data could be manipulated to help with the interpretation of results. These new methods will inspire future research when better tools come along, such as higher definition remote sensing fluorescence detectors (for example, the European Space Agency FLEX mission, a satellite designed explicitly for chlorophyll fluorescence detection).

A study with far-reaching implications
This critical research from Dr Bontempo shows how effective SIF is in detecting changes in vegetation due to climate change. It is the first study that uses SIF in a semi-arid region and shows the correlation between large scale landscape-level SIF and ecosystem properties (i.e., resilience to climate change). One of the most important findings was that areas with different vegetation types responded very differently to climatic changes. The importance of this revelation comes from its discovery through SIF data, with minimal data on the vegetation types in the area.

In the process of this research, Dr Bontempo and his team found that there was a profound lack of research and few ecological maps in the Caatinga. They found that those maps of vegetation which did exist were not concurrent with their field findings. Therefore, the team was motivated to join a project to map deforestation and vegetation types in the region, with funding from the REDD+ framework from UNFCCC through the Amazon Fund. This would support conservation initiatives for subsistence farmers and fill knowledge gaps for future research. 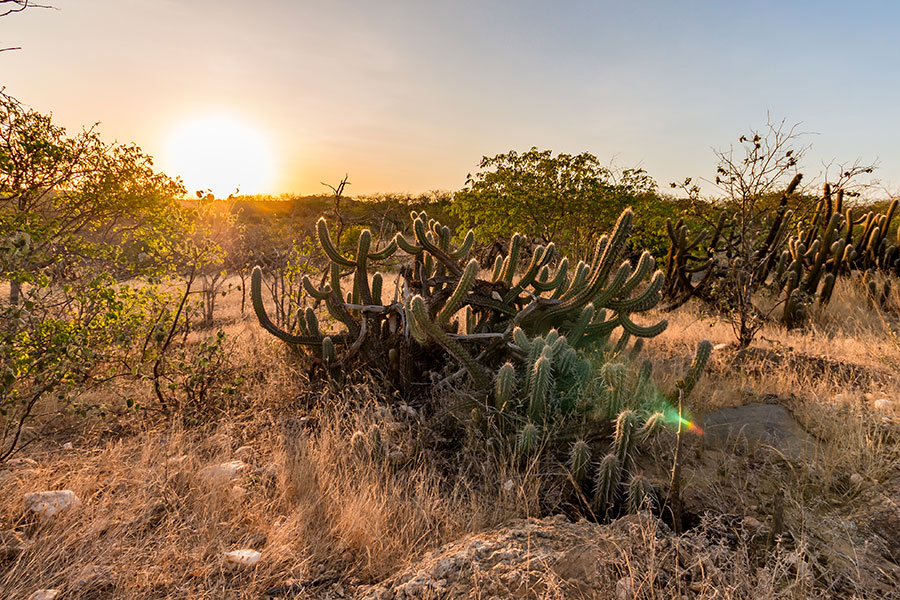 This research will show the value of SIF, give insights into how to use SIF more effectively, and document the effects of climate variations on vegetation in the Caatinga. The research also advises future studies to test more effective ways of capturing SIF data and attempt other mediums of SIF collection from towers and drones, in order to better understand the effects of climate change on vegetation over different temporal and spatial scales, and to make better ecological predictions. Furthermore, the fact that Dr Bontempo and his team have focused on the Caatinga region through their research and mapping projects will encourage further research in the area. This should heighten ecosystem protection and restoration, and improve ecosystem services, thereby enhancing the wellbeing of Caatinga residents.

Do you believe the increased investment for creating “ecological maps” and other further research in the Caatinga region will have a beneficial knock-on effect socially and environmentally?

<> Yes, since these maps can be used to help public policy planning and also since they raise awareness about the intrinsic value of the local ecosystems to the people living within them. 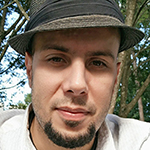 Dr Edgard Bontempo is a Brazilian biologist. He graduated from the Federal University of Viçosa (2006), and obtained his M.Sc. (2009) and Ph.D. (2012) from Hokkaido University (Japan). He specialises in plant ecology and is interested in studying plant community responses to the environment and particularly to climate change.

Dr Edgard Bontempo and his team investigate the effects of climate change on an ecosystem by studying sun induced fluorescence.

The National Council for Scientific and Technological Development (CNPq), The Amazon Fund and FUNCATE