Health & Medicine
Dr Peter Weegels is the Director of the European Bakery Innovation Centre, based in the Netherlands. The Centre has many aims, including creating, sharing and implementing bakery expertise across Europe. Dr Weegels is on a mission to make the simple loaf of wholemeal bread into a superfood to help solve the crisis of a growing population by showing that it has a superior nutritional content compared to other staple foods.

The global population continues to expand, and people are living longer than ever. It is estimated that there will be as many as 10 billion people living on the planet by 2050, with 418 million of these being over 60 years old. Consequently, more food is needed to feed the future. Alongside this, there is a trend towards a more sedentary lifestyle with lower energy requirements than previous generations. For example, the required energy has dropped by 35% in the UK since 1965 and this decrease is even greater in the USA and China. If food consumption would be adapted to this change in physical activity, the pressure on food supply would be alleviated. However, due to the displacement of cereal crops by land used for meat production, it is difficult to meet these demands in a sustainable manner, especially when climate change is thrown into the mix. Furthermore, due to increased urbanisation there is an increased need to provide ready prepared products, as people have less time and space to grow and prepare their own food. Finally, although a decrease in food intake should be made due to a more sedentary lifestyle, this rarely occurs, and in combination with easily accessible and abundance of food round the clock, they contribute to an increase in obesity. Despite overconsumption of calories this is often associated with insufficient consumption of other nutrients. 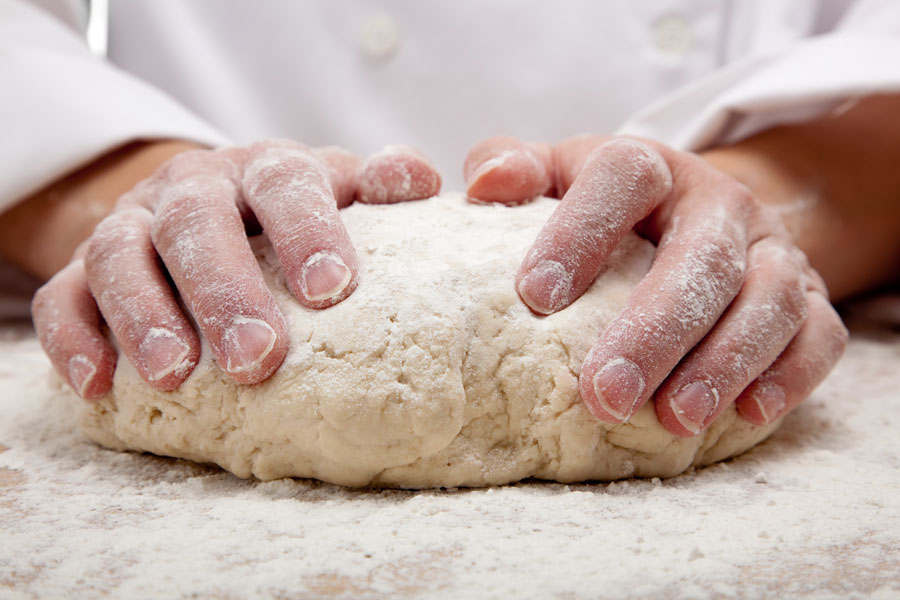 Next to the previous challenges and at the other side of the spectrum in less effluent populations malnutrition from insufficient foods supply is still a large problem. Both extremes are becoming more prevalent and the gap between the lowest and highest energy intakes is growing. Indeed, it is estimated that around 4 million people are at risk of malnutrition, therefore a more nutritious and secure food supply is required to combat this risk and it is this that Dr Peter Weegels is working towards.

Breaking bread
Dr Weegels, European Bakery Innovation Centre, argues that a new staple food is needed in the form of bread, specifically wholemeal bread. Indeed, starch-based foods, such as cereals, roots and tubers currently contribute significantly to nutrient intake and have an important role in many of the recommended diets, such as the Mediterranean diet. There is an average annual growth rate of 1.7% for wheat yields to fulfil the growing demand, but this may not be enough to feed the growing population.

However, a comparison of the recommended nutrient intakes from these staple foods is lacking, and this is the knowledge gap that Dr Weegels seeks to fill. There has been much discussion about the best way to carry out nutritional profiling. For example, compositional data are readily available for many foods, these are usually based on the unprocessed products, rather than those in a ready-to-eat form. Factors such as seasonality, soil quality and geographical region can also cause variation in nutrient profile within the same product. 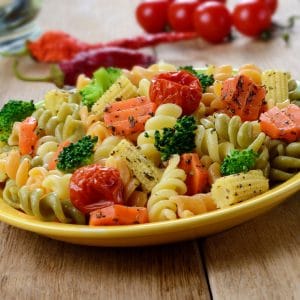 Therefore, Dr Weegels, who also works in partnership with Wageningen University and Research, the most important university in the Netherlands which focuses specifically on food bio-processing, nutrition and healthy living, decided to undertake this comparison. He selected two detailed nutrition tables, the USA Food Nutrition Table and the Dutch Nutrition Table and calculated the contribution of ready to eat staple foods to the daily allowances (RDA) or daily reference intakes (DRI) based on US and EU recommendations. The nutrition tables contained average values from multiple sources, providing the most accurate estimate for the nutrition profile of a particular food. Staple foods were defined as starchy foods including rice, wheat, maize, pseudocereals such as millet, teff and quinoa, and roots and tubers such as potatoes, cassava and yams. Ready to eat breakfast cereals and granolas were not included, as these are not regarded as staple foods. As many bread products are now enriched with vitamins and minerals in order to address population deficiencies, the non-enriched levels of these micronutrients were estimated, to exclude bias from fortification. There are different DRI and RDA values available for men, women and children at different ages, as different sub-populations have varying requirements and Dr Weegels selected the value for adult men and an average body weight of 70kg was used to calculate protein requirements. The nutrient content was calculated per 100g prepared product, providing a direct comparison. 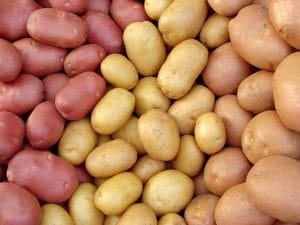 The comparison done by Dr Weegels concluded that the most beneficial nutrition comes from bread and lentil-based products, with the bread category providing highest amounts of protein, carbohydrate, energy and fibre as well as minerals per 100g. The bread category also makes an important contribution to meeting daily vitamin needs. In the case of starchy foods, to obtain the same amount of fibre from wholemeal bread, four times the amount of boiled potatoes would need to be consumed. It is also challenging to consider the contribution from other staple foods, as they make up just a small part of the overall daily intake. This trend continues when the average daily bread consumption is compared across several countries (including white and wholemeal bread), suggesting that a much larger amount of the other foods would be needed to match the contribution of bread. It would be interesting to look at cost too, as this may be a barrier to the consumption of some staple foods, with availability of products varying between countries. Despite this, growth in bread consumption has already been observed over recent years in continents that traditionally do not eat bread as a staple food, like Africa and Asia. Finally, increasing numbers of people choose to follow gluten free diets due to an intolerance or allergy, but also by nutritional information in social media. Therefore, more research is needed into gluten free products, alongside a focus on food safety regarding potential allergens. Next to the significant increase in costs of the alternative diets, adequate intake of nutrients will be an important challenge and even a health threat when this is not managed properly.

Wholemeal bread is the often-overlooked staple food with the ability to combat future food availability and nutritional health challenges.

Bread: the next superfood?
Whilst every week brings a new superfood to the forefront of social media, perhaps the humbler foods have been overlooked. For example, to obtain the equivalent nutritional value of wholemeal bread, two to three times more teff or quinoa, or nine times more brussels sprouts would need to be consumed. Dr Weegels points out that containing nutrients is not the same as obtaining them. Reduced bioavailability of nutrients and the amount found in the food may not always match. In order to combat this, further research is needed to determine the best way to process, or not process, foods to optimise nutrient use by the body.

Dr Weegels’ study concludes that wholemeal bread is the often overlooked staple food with the ability to combat future food availability and nutritional health challenges, and that future trends should encourage consumption. It is convenient to consume and potentially contributes to the intake of many important nutrients. Yet some challenges remain, such as increasing sustainability of the food chain by reducing waste, reducing the salt content of bread and improving the digestibility of bakery products. 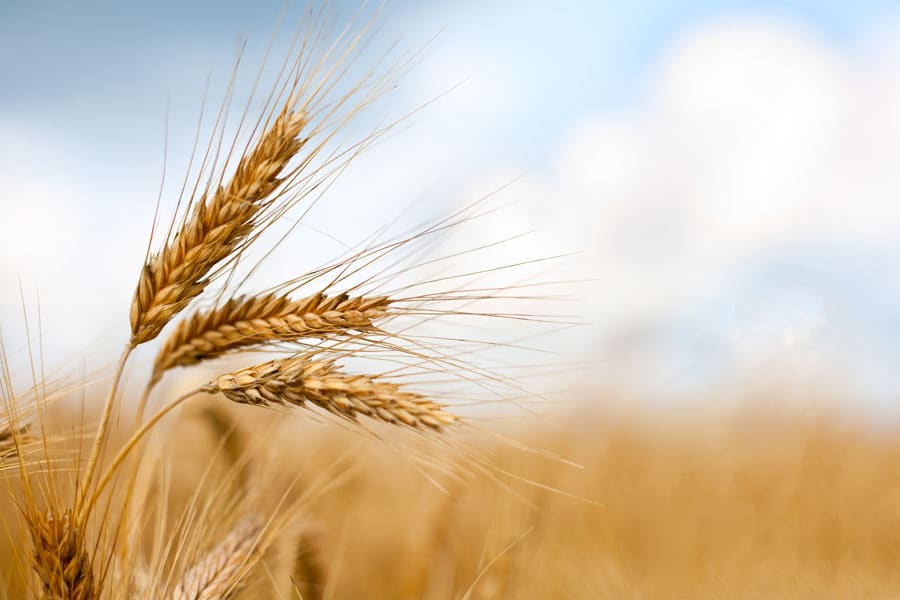 Bread has a very short shelf life, compared to other food stuffs such as dried lentils which can be stored in bulk for a prolonged period, so do you see obstacles associated with storage, especially in hot, humid or lower socioeconomic countries?

<> Although shelf life of bread can be extended to a month or more, shelf life of wheat and flour are substantially longer. So the best approach is to produce it by artisanal or industrial bakers and sell it as fresh as possible. Even in lower socioeconomic countries this is practice, many times with mixing local (pseudo)cereals to support the local agriculture. 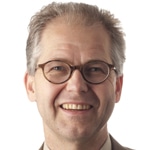 My fundament is to connect soil with spirit for which growth is a prerequisite, i.e. by growing people, business and knowledge. My professional mission is to make Cereal Science work, by developing excellent bakery concepts (awarded three times) and creation and global dissemination of knowledge and expertise (open innovation, organising > 35 international meetings and > 50 publications

The many aims of The European Bakery Innovation Centre include creating, sharing and implementing bakery expertise across Europe.

Peter, W., 2019, "How bread can save the world"Research OUTREACH (108). Available at: https://researchoutreach.org/articles/how-bread-can-save-the-world (Accessed YYYY/MM/DD)