Physical Sciences
The Casimir force has been well researched by physicists for decades, but only recently has one particularly intriguing aspect of this effect been recreated in the lab. Through his research, Dr Wijnand Broer at the University of Chinese Academy of Sciences has built upon these recent breakthroughs to explore the processes which cause the surfaces of some specialised materials to rotate when placed close to each other. His team’s findings have produced the first updated explanations of this ‘Casimir torque’ in over 40 years and could soon lead to a diverse range of technological applications.

Although a perfect vacuum is completely devoid of any matter, the physical processes which play out inside it are anything but quiet. Through the strange laws of quantum mechanics, ‘fluctuations’ in the vacuum can cause electromagnetic waves to emerge, seemingly out of nowhere. In 1948, Dutch physicist Hendrik Casimir predicted that rather than being an abstract concept, these fluctuations can exert real forces on physical objects: namely, two electrically neutral, reflecting surfaces which face each other. “When such electromagnetic fields travel from one surface to another, they give rise to an interaction between the surfaces: the so-called the ‘Casimir force’”, explains Dr Wijnand Broer, senior postdoc at the University of Chinese Academy of Sciences in Beijing. “This force is attractive in most cases, meaning it tries to pull the surfaces together.”

The effect is particularly prominent for surfaces placed just nanometres or micrometres apart. This is because the pressure exerted on them by the electromagnetic waves which emerge within such small gaps is generally smaller than that exerted by waves outside, meaning they are noticeably pushed together. Although this was seen as little more than an interesting curiosity in Casimir’s time, the Casimir force is now becoming increasingly relevant to modern physics as our technology becomes smaller, and as new ideas about the nature of the universe emerge.

Alternatively, this effect can be understood as a consequence of quantum mechanical uncertainty of the positions of the charges in the surfaces. These charge fluctuations give rise to temporary differences between the charge distributions of the surfaces, leading to a macroscopic force between them. At relatively short distances, where light speed seems infinite and the Casimir interaction simultaneous, the Casimir force is sometimes also called the van der Waals force.

“The Casimir force is studied both for practical reasons, concerning tiny machines whose components are in close proximity to each other, and fundamental reasons, including short-range measurements of gravity, and even new fundamental forces”, Dr Broer continues. Despite physicists’ advanced knowledge of the laws which give rise to the Casimir force, its effects in some more complex situations have remained most mysterious until recently.

Directional dependence
Light will always slow down when it travels through any medium other than a vacuum. The degree to which this happens in certain materials is quantified by a value named the ‘refractive index’ – or the ratio between the speed of light inside the material to its speed in a vacuum.

As first shown by the Soviet physicist Evgeny Lifshitz, the refractive indices of the materials significantly alter the characteristics of the Casimir force when placed opposite each other. Another important realisation is that in order to determine the Casimir force, one has to understand how the electromagnetic field propagates through the materials by solving Maxwell’s equations.

Virtual light waves travelling in different directions will impart different forces on birefringent material surfaces. This results in a ‘torque’ which forces both objects to rotate.

For conventional materials like window glass, the value of the refractive index remains independent of the direction in which it travels through the material. However, it isn’t so simple to define the refractive indices of some materials with more intricate molecular structures. In ‘birefringent’ materials, for example, light waves travelling in different directions will be slowed down to different degrees.

“Some materials have multiple refractive indices, since the speed of light depends on the direction it propagates in”, Dr Broer describes. “The simplest example of such an ‘anisotropic’ substance is a birefringent material, with two refractive indices.”

Due to these differences in speed, virtual light waves travelling in different directions will impart different forces on different parts of birefringent material surfaces. This results in a ‘torque’ which forces both objects to rotate. As Dr Broer continues, “the Casimir interaction between two of these anisotropic surfaces gives rise to a torque that tries to align their orientations. This is called the Casimir torque.” These rotations add a new dimension to the Casimir force, and are far more complex to describe than a simple attraction between two reflecting surfaces. All the same, the Casimir torque is hardly a novel concept.

Recreating the Casimir torque in the lab
In 1978, a Russian physicist named Yuri Barash predicted the Casimir torque through theoretical calculations. He did this by considering how two opposite-facing anisotropic surfaces would need to rotate to reach a position of minimum energy. Yet in the years following his discovery, physicists had no success in demonstrating Barash’s theories in the lab; a situation which remained until very recently. “The first exact expression for birefringent materials was derived by Barash over 40 years ago, but its first experimental observation was only accomplished in 2018”, Dr Broer recounts.

In this study, a team at the University of Maryland quantified the Casimir torque for the first time using a liquid crystal – a material which flows like a liquid, but whose molecules remain oriented in crystal-like structures which can be easily rearranged. The researchers discovered that when a birefringent liquid crystal is placed close to a solid birefringent substrate, the orientations of its constituent molecules twisted measurably due to the Casimir torque. The team then repeated the experiment using several different materials, allowing them to control the strength and direction of the torque, its dependence on the angle between both materials, and the distance between them.

Predicting van der Waals torques
Through a separate study published in 2016, researchers at the J. Stefan Institute in Ljubljana, Slovenia, revealed that similar dynamics can arise due to a similar effect to the Casimir force, named van der Waals interactions. They arise as the motions of electrons within individual molecules induce small, short-term charges within the particles, creating weak forces between different materials.

The researchers observed the effect using material slabs composed of different layers: some isotropic, meaning their refractive indices remained the same no matter the light direction, and some anisotropic to different degrees. Although this configuration was more complicated than the one studied by Barash, they simplified the situation by approximating the speed of light as being infinite. They also adjusted the thickness of the layers and arranged the slabs at different angles. Like the University of Maryland team, they demonstrated a clear, tuneable torque with their setup, providing further evidence of the reliability of Barash’s calculations.
A new understanding of the Casimir torque

Such discoveries could bring about a wealth of technological applications, including nanoscale devices which can be actively controlled by a user.

Despite the numerous successes of each of these studies, a significant issue remained: theoretical physicists in past decades have struggled to independently verify Barash’s result when starting their calculations of the Casimir torque from scratch. This was a problem since for any theory in physics, such independent methods are critically important for confirming that the original theory was robust in the first place. “Reproducing Barash’s expression theoretically and independently has proved difficult over the years”, Dr Broer explains. “Some results have appeared, but so far, it has remained unclear whether they were consistent with Barash’s.”

Building on the reliable observations from both the J. Stefan Institute and the University of Maryland, Dr Broer and his colleagues aimed in their latest research to solve this issue starting from Maxwell’s equations – the universal mathematics describing the behaviours of all electromagnetic waves. Through their innovative calculations, the researchers could finally reproduce Barash’s original results, allowing them to make highly accurate theoretical predictions of the Casimir torque in different situations. 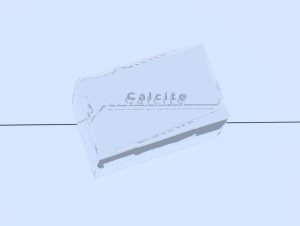 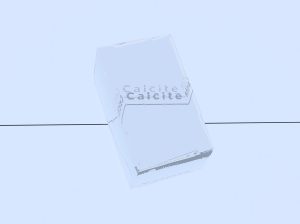 When a birefringent crystal is rotated, one version of the text changes with its orientation whereas the other one doesn’t. The former is called the ‘extraordinary’ mode and the latter is the ‘ordinary’ mode.

One situation which the theories can describe in this way can be seen when a transparent birefringent crystal such as calcite is placed on top of a background, causing light from the background to be split into two versions. Depending on its rotation, such a crystal can be in one of two ‘modes’. In the ‘ordinary’ mode, the calcite behaves like regular isotropic glass, and the version of the background which travels through the crystal retains its orientation. If the calcite is rotated, however, it will be in an ‘extraordinary’ mode, meaning the version which passes through will be rotated with respect to the original background.

“We have derived a result for the Casimir torque using a mathematical method that determines how light is split up as it propagates through a birefringent medium”, Dr Broer describes. “We have managed to show that this reproduces Barash’s result by splitting up this large, complicated problem into smaller, simpler ones.” Furthermore, the team’s approach can be generalised to incorporate a wide range of anisotropic materials with different thicknesses and compositions, opening up exciting new opportunities for research.

Applications and more complex situations
Dr Broer now hopes that by applying his team’s theoretical approaches, researchers in future studies will push our understanding of the physics underlying the Casimir torque even further. “With this, we hope to have shed some light on these complicated interactions. Moreover, the method we used can be generalised to more complicated situations such as biaxial materials, which have three refractive indices”, he concludes.

Such discoveries could bring about a wealth of technological applications, including nanoscale devices which can be actively controlled by a user. These would be particularly useful for realising ‘microelectromechanical’ systems – intelligent devices in which tiny mechanisms and sensors are carved into silicon substrates and wired to electronic components. Ultimately, his team’s findings represent a significant breakthrough in our understanding of the Casimir torque, and provide long-awaited solutions to questions which have stumped many physicists for decades.

Do you have plans for future studies on the Casimir torque?

<> I intend to continue investigating fluctuation-induced interactions in the context of applications in microelectromechanical systems and new materials. Possibilities include, but are not limited to, soft matter, 2D materials, and magnetically anisotropic materials.

A long-awaited understanding of the Casimir torque was last modified: September 7th, 2020 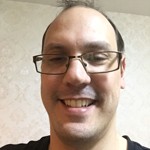 Dr Broer studies the phenomenon of the Casimir torque and explains how it relates to light splitting up as it propagates through a birefringent medium.