Health & Medicine
Alzheimer’s disease is a huge socioeconomic burden in developed countries. Recently, viral infections such as the herpes virus have been implicated in Alzheimer’s disease risk. However, it is unclear what the link between the two is. Professor Lisa M. James of the University of Minnesota, in collaboration with Dr Apostolos Georgopoulos and Dr Spyros Charonis, has utilised computational biology to implicate the Human Leukocyte Antigens as the missing piece of the puzzle.

Humans possess a vastly complicated, coordinated and efficient immune system. Our immune system is able to detect and eliminate most of the viruses, bacteria and parasites which we encounter over a lifetime. This is owed in part to the Human Leukocyte Antigens (HLAs). Located in the Major Histocompatibility Complex on chromosome 6, the HLAs are the most diverse set of genes in the human genome. HLAs exist in two different classes. To put it simply, we owe HLA class I for the destruction of infected cells and HLA class II for the production of antibodies against invading pathogens. This is achieved by HLAs containing the blueprint for the production of specific glycoproteins.

Professor James and colleagues have postulated that the HLAs are the missing link between dementia and viral infections.

Class I HLA glycoproteins exist in all nucleated cells. This means these cells are able to present small portions of viruses, bacteria and even tumours which are present within cells on to their surface. This presentation acts almost as an SOS signal to immune CD8 T cells which destroy the infected parties before the infection can progress further. Class II only exist in a special type of immune cell called antigen presenting cells (APCs). APCs use the class II HLA glycoproteins to present large portions extracted from a microbe to immune CD4 T cells. This eventually leads to antibody production. Antibodies are the immune system’s greatest weapon as they are highly specific pathogen killing machines. 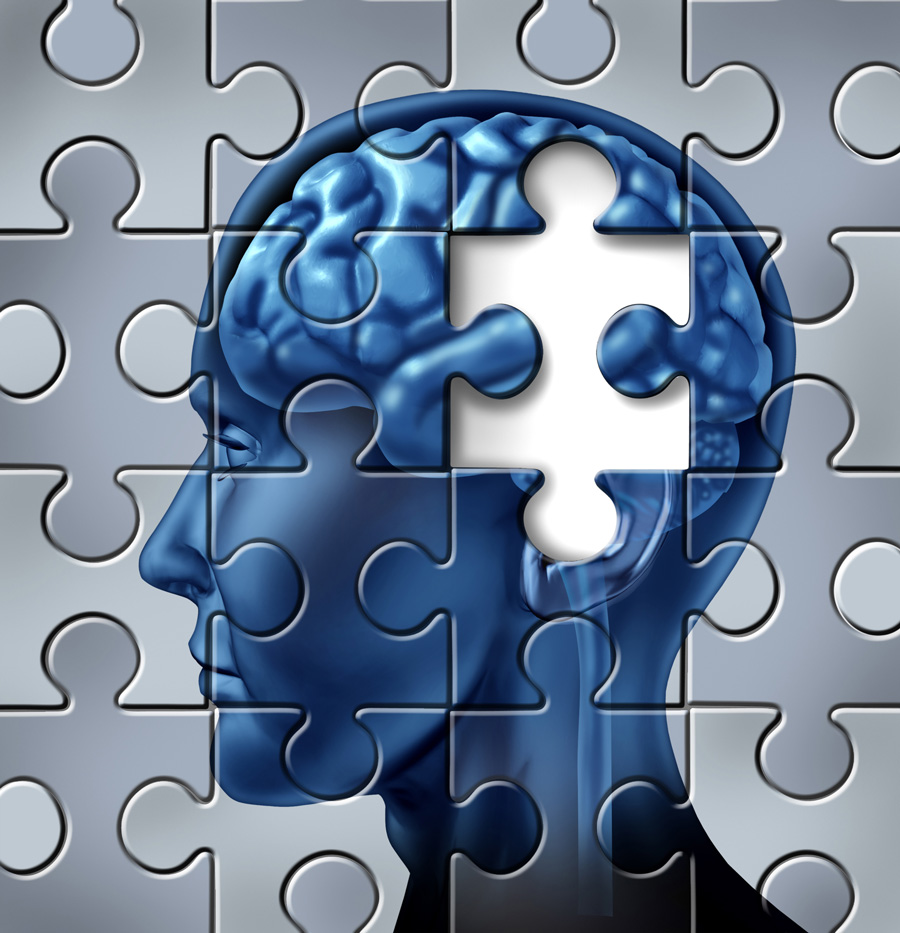 HLAs are inherited in a Mendelian manner. This means that we have many HLAs in common with our immediate family which is the reason why organ donations are most successful between siblings. The more HLAs you have in common with someone, the less likely your body will recognise the donated organ as foreign and reject it. Despite there being a limited repertoire of HLA proteins, each protein is able to recognise multiple diseases. This allows the HLAs to mount an immune response against many different infections. Within the HLA glycoproteins there is a binding groove. This groove is the site at which fragments of microbes are recognised and bound. The high HLA variation between individuals is due to differences at this binding groove. For example, in one of the class II HLA families, there are 330 variants of which we know of. Minor changes in the variants via an amino acid change (the protein building block) can dramatically alter the properties of the binding groove.

Dementia is an overarching term for several age-related diseases which predominantly cause loss of memory in later life. Alzheimer’s disease (AD) is the most common cause of dementia. Loss of brain tissue, or atrophy, is a common aspect of aging. For example, cognitively healthy adults undergo around 2-5% of brain atrophy. In comparison, individuals with AD lose around 20-30% of brain tissue. AD is such a socioeconomic burden that it has drawn the attention of many research groups, causing an explosion in the literature.

One compelling theory in AD concerns the immune system because many of the risk factors such as hypertension and diabetes are linked with inflammation induced by the immune system. There are also genetic implications in AD. Apolipoprotein E (ApoE) is a gene with three alleles. The ApoE2 allele is associated with decreased risk of AD, the ApoE3 allele is neutral, and the ApoE4 allele has been highly associated with an increased risk of AD. Increasingly it seems that viral infections are additionally implicated in AD prevalence – most specifically, the human herpes viruses. For instance, herpes simplex is an extremely common virus in adults which can be blamed for the reoccurring cold sore. Herpes simplex virus can lay dormant in the cells it infects and reactivate at a later date. These recurrent infections over the course of an individual’s lifetime could be causing inflammation resulting in neurodegeneration and eventual AD in old age.

If herpes is almost a ubiquitous viral infection and is causative of AD, then why isn’t dementia comparably common? Prof Lisa M. James of the University of Minneapolis and colleagues have postulated that the HLAs are the missing link between dementia and viral infections. HLAs are highly specific and so must be able to bind precisely to a microbe in order to recognise it. If an individual does not possess the correct recipe of HLAs and a mismatch occurs, then the pathogen cannot be recognised and eliminated. In the case of herpes virus, a mismatch in combination with a consistently reactivating virus would result in continuous waves of inflammation leading to subsequent cumulative damage and neurodegeneration. This underlies the Persistent Antigen Hypothesis.

Persistent Antigen Hypothesis: what’s the evidence?
How can a system such as HLA be neurodegenerative when its purpose is to be protective? Prof James and her colleagues believe that it all revolves around an individual’s repertoire of HLAs. The research group have found that healthy women lacking an HLA allele (DRB1*13.02) exhibited brain atrophy whereas those with the allele did not – that is, the allele seemed to protect against age-related brain volume loss. Remarkably, this same allele was shown to protect against AD in Western European countries. Since then, they have identified additional HLA alleles that are protective against AD as well as several that confer risk for both AD and Parkinson’s disease.

Immune systems which possess the protective HLAs are more efficient at eliminating herpes virus and preventing any AD-causing inflammatory damage.

The group next wanted to ascertain how these seemingly protective HLA alleles were working. Using in silico (or computational) techniques, the group established that in comparison to AD-neutral HLA variants, the AD-protective HLA variants bind more strongly to herpes virus fragments. This suggests that the immune systems which possess the protective HLAs are more efficient at eliminating herpes virus and preventing any AD-causing inflammatory damage. The group has further refined the model to attempt to explain the interaction between HLA mismatch and genetic vulnerabilities. In essence, an HLA-mismatch outcome would depend on the ApoE variant that the individual carries. For example, a pathogenic insult occurs (such as persistent herpes virus) which is unable to be recognised due to the HLA mismatch. This results in inflammation and a damaging neuronal cascade. One role of ApoE is neuronal repair. If damaging ApoE4 is expressed in response to neuronal damage, additional neuronal damage occurs due to the production of neurotoxic ApoE4 fragments. This ultimately causes degeneration in the brain and eventual AD later in life. However, if an individual’s HLA matches with viral or other foreign antigens or they possess protective ApoE2 allele, the risk of AD would be reduced as the neurotoxic cascade isn’t triggered.

This research group has provided compelling and novel research implicating the HLAs in AD, with the potential to be applied to other neurodegenerative diseases. This is important as it would mean that antiviral or immunotherapy could be a useful and effective means of preventing AD later in life. The group plan to pursue this line of enquiry in their future work.

Have you considered looking into the effect of HLA mismatch with other AD risk genes such as TREM2 in microglia?

<> Absolutely! Since HLA plays a critical initial role in the immune response to foreign antigens, we have proposed that the absence of a sufficient HLA-antigen match results in antigen persistence which elicits several downstream effects including expression of ApoE, TREM2, and other factors that have been implicated in neurodegeneration. We are using various approaches including human studies, in vitro, in silico, and immunogenetic epidemiological research to continue to investigate HLA in relation to these and a myriad of other risk factors. 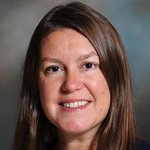 Lisa M. James is the Kunin Professor in Women’s Healthy Brain Aging at the University of Minnesota and the Director of the Brain Resilience Initiative at the Brain Sciences Center of the Minneapolis VA Medical Center.

Prof James researches the Human Leukocyte Antigen, a key player in immunity to foreign antigens such as viruses and bacteria.