Physical Sciences
Professor Evan Scannapieco and his team at Arizona State University have been investigating the puzzle of why the largest galaxies in the universe, once the most active, have become dormant and ceased to produce stars. They were one of the first to propose a mechanism that involved colossal feedback from supermassive black holes at the centre of the galaxies and they set out to prove the theory using the Cosmic Microwave Background radiation as a tool.

Astrophysicists deal with distances that are so vast and timescales that are so long that they are difficult for humans to comprehend. The enormity of these scales first came into view roughly 90 years ago through the work of Henrietta Leavitt and Edwin Hubble. Leavitt analysed special stars called Cephids and discovered that their luminosities were directly related to the periods of their pulsations. Hubble then used this relation and the observed brightness of Cephids to measure the distances to galaxies outside the Milky Way. He found that they are so distant that their light takes millions of years to reach the Earth. Now we know of galaxies whose light takes over 10 billion years to reach us, revealing them as they appeared in the early universe.

A matter of scale
The billions of galaxies that fill the universe can be broadly grouped into moderate-sized disks, like our own galaxy the Milky Way, and giant elliptical galaxies with typical stellar masses that are more than ten times greater. By comparing the more distant galaxies, which are observed as they appeared long in the past, with the more nearby galaxies, which are observed as they appear closer to the present, astronomers are able to examine how these types of galaxies evolved over time.

To compare to these observations, theoretical models were developed that predicted hierarchical galaxy formation – in which gravity collects material together to form stars and solar systems, like our own. However, some parts of the universe did not fit the existing models: the largest galaxies, once the most active in star formation, had become dormant with older stars dying without replacements being created. In 2004, Professor Scannapieco and his team set out to determine why this was the case. They proposed a physical model, backed by rigorous mathematics, that suggested an intergalactic feedback mechanism was operating, associated with the supermassive black holes discovered at the centres of elliptical galaxies.

The largest galaxies, once the most active in star formation, had become dormant with older stars dying without replacements being created

The AGN feedback theory
Nearly fourteen billion years have passed since the Big Bang, the formation point of the universe. During the intervening time, galaxies have been created by the accretion of material from the Intergalactic Medium (IGM), the tenuous material that lies between galaxies. Innumerable galaxies have been formed, each containing countless stars. Some galaxies have merged and formed Active Galactic Nuclei (AGN) at their cores, which result in higher than expected galaxy luminosities that do not come from the stars.

Theory suggests that each of these galaxies contains a supermassive black hole surrounded by a hot disk that is accumulating material from the galaxy to be devoured by the black hole. Not all the material reaches the event horizon – some is ejected perpendicularly, in both directions, from the core and out of the galaxy. These outpourings are of gargantuan proportions and images from radio telescopes show trails larger than the galaxies that host them.

Professor Scannapieco and his team used a mathematical model to propose that the shock of the ejections from the hot disks surrounding supermassive black holes can be felt in the Intergalactic Medium. His team’s research suggested that the gasses and other material within the IGM may be heated such that they are no longer capable of coalescing under the influence of gravity to form stars. Professor Scannapieco refers to this effect as ‘AGN feedback’.

In fact, the team’s equations focus on an increase in temperature that changes the entropy of the IGM, a thermodynamic measure of the availability of a system’s energy to do work. Their findings predict that the AGN feedback mechanism will increase the entropy above a critical value, making it impossible for affected galaxies to cool and form stars by gravitational accretion. This matches the observed universe, as has now been shown by many research groups, some of which have built on the 2004 model, and others of which have employed independently-developed models in which AGN feedback operates more gradually.

Cosmic microwaves
With this variety of AGN feedback models fitting the observations, Professor Scannapieco and his team worked to develop a method to distinguish between them. The key difference between these possible models is their predictions for the increase in IGM temperature, caused by supermassive black hole feedback.

Innovatively, the team decided to use the Cosmic Microwave Background (CMB) radiation, a remnant from the Big Bang, to measure the impact of AGN feedback in its heating of the IGM. The measurements relied upon an established mechanism called the Thermal Sunyaev–Zel’dovich effect. When photons of electromagnetic radiation, like rays of light or microwaves, pass through a region containing higher temperature gasses, some of the photons interact with the gaseous atoms and cause electrons to gain energy and emit photons of a higher frequency. This results in a shift in the wavelength of the CMB over what is expected. It is these changes that can be measured, compared with the ‘normal’ CMB and then, using a mathematical model, converted into estimates of the thermal energy of the IGM.

One way that was proposed to do this was to examine the Thermal Sunyaev–Zel’dovich effect around active AGNs. But this was problematic – AGNs are rare and are so bright at many wavelengths that their light contaminates measurements of the microwave background. Instead, the team elected to ‘stack’ many measurements of more common galaxies to enhance the tiny signal and reduce extraneous noise. Professor Scannapieco chose to examine massive elliptical galaxies that were dormant because of the AGN feedback effect the theory suggested. Two separate categories were chosen at two cosmic epochs corresponding to different distances from the observers. For the selected galaxies, data was used from two telescopes: the South Pole Telescope in Antarctica, and the Atacama Cosmology Telescope in Chile.

Combining measurements from thousands of elliptical galaxies, and correcting the measurements to allow for contamination from other sources of light, delivered a result that was somewhat higher than suggested by hierarchical models that neglected the effect of AGN feedback. These initial measurements made with existing telescopes suggest that AGN feedback may be at work. Professor Scannapieco and his group are now working with the team building the TolTEC Camera for the Large Millimeter Telescope to make higher resolution measurements, which they hope will prove to be definitive.

The feedback hypothesis was very innovative at the time it was proposed. How did you reach the conclusion that AGN feedback was a possible reason as to why giant elliptical galaxies might be dormant?
<>We had two big hints. The first was that the most massive galaxies stopped forming stars first, a trend that is very hard to explain without a large energy source to suppress gas cooling. The second was that the number of stars that elliptical galaxies contain and the masses of their central black holes are closely related, suggesting that the central black holes might have a way of somehow “telling” their host galaxies when to stop forming stars.

The supermassive black hole feedback mechanism has gained traction since you and your team suggested it. What scientific progress has been made due to the interest you have triggered?
<>Through our work and those of others, black hole feedback has become an essential component in our modern understanding of how galaxies form. At the same time, there are many different points of view on how this feedback may have played out in detail. Thermal Sunyaev–Zel’dovich effect measurements are one of the main tools we have in constraining this process.

Using the Thermal Sunyaev–Zel’dovich effect to measure the energy levels of the IGM has given credence to the ‘feedback’ theory. How will you confirm that your measurements are accurate?
<>Our measurements are accurate but still not very precise, because these are difficult measurements at the limits of current instruments. Still, they are already placing interesting constraints on feedback models. We are closely working with groups building next generation instruments, like the TolTEC Camera, which will open up a new window on the history of gas heating around large galaxies.

Can anything be salvaged from the apparently defunct hierarchical model of the universe?
<>The most massive gravitationally-bound structures in the universe do in fact form hierarchically. While the most massive galaxies were the first to stop forming stars, as more time went by they continued to group together into even larger structures called galaxy groups and galaxy clusters. Today, the largest galaxy clusters contain thousands of galaxies, swarming around each other like bees.

How has our understanding of the universe improved since the start of your research?
<>As an astrophysicist, I am fortunate to be working in one of the most active areas of modern science. Some of the most exciting results since 2004 have included observations of distant galaxies that appear as they were during the universe’s infancy, discoveries of earth-mass planets around other stars, and the detection of gravity waves from merging neutron stars and black holes. 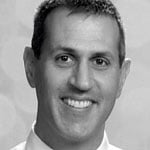 Professor Evan Scannapieco studied at Harvard University and the University of California, Berkeley and then worked as a postdoc at Arcetri Observatory in Italy and the Kavli Institute of Theoretical Physics in Santa Barbara. He moved to Arizona State University (ASU) in 2007 and is now an Associate Professor in the School of Earth and Space Exploration.

Professor Scannapieco’s research focuses on better understanding feedback processes in galaxy formation and the evolution of the elements across cosmic time.


The PI of the TolTEC Camera is Grant Wilson at UMass Amhurst, and the ASU lead is Prof Phillip Mauskopf.