Prediction markets effectively bet and trade on the outcomes of future events. The market prices can indicate what the crowd thinks the probability of the event is. The use of prediction markets is becoming increasingly widespread within both governments and private corporations.

The notion that markets can combine information from various sources and translate it into prices underpins much thinking in economics and finance. Given a mix of fully and partially informed traders, prices will converge as a result of competitive bidding, reflecting the true state and revealing information to uninformed traders. When all traders are only partially informed about the true state, however, things become more complex. If the traders understand how their information affects behaviour, the price fluctuation will ultimately reveal the information that the other traders hold. Moreover, if the market is repeatedly conditioned by these traders, market prices should continue to move until the traders have learned all that they can from the prices.

By aggregating the information held by many people, one can harness the wisdom of the crowd.

The logic behind the success of prediction markets is that when some traders are fully informed about the true state of the world, the ensuing competitive bidding moves prices to reflect the true state, subsequently revealing the information to the uninformed traders. The researchers convey that situations where each trader has only partial information about the true state are more challenging. For instance, if traders use the process they observe to update their information and condition their market demands, then market prices would continuously move until the traders have learned everything possible from the prices. This theory may work but there is no guarantee that it will always be successful in practice.

The research team has developed a novel model that allows them to differentiate between situations where traders hold homogeneous beliefs and those where traders hold heterogeneous beliefs about the true state of the world. This model employs a more complex, asymmetric information structure than has been used to date, in order to solve problems that require traders to deduce what other traders already know by the price movements.

The Red Hat Puzzle
An example of this more complex problem is the Red Hat Puzzle: three people each wear a hat that is either red or black. The participants can see each other’s hat but not their own. Individually, they don’t know how many red hats are there, but collectively they do. Converting this into a financial market problem, we have assets that are bought and sold with each one based discretely on how many red hats are involved. In the event that everyone has a red hat, each person sees two red hats and prices would reflect the 50% chance of 2 red hats and 50% chance of 3 red hats, so only the assets associated with two or three (but not zero or one) hats are traded. Without a deeper understanding, the prices will continue to reflect uncertainty between 2 and 3 red hats, instead of the true state of 3 red hats. In previous studies of prediction markets, the trades that participants make reveal their private information to others. The red hat problem is more challenging, because sometimes all of the traders are willing to make the same trades, hence there is nothing new to learn from observing the market activity of others. The research team has found that, nonetheless, the red hat problem can be solved using markets. While market prices reflect the true state, most traders tend to remain ignorant and do not interpret the prices into the correct number of red hats.

The FRE reasoning model
The researchers have developed a fully revealing rational expectation equilibrium (FRE) reasoning model. This FRE model reveals that information aggregation and full revelation of the true state is possible in both situations when traders’ beliefs over the assets’ values are either heterogeneous or homogeneous. The model also predicts that a small group of traders (the minority traders) holding heterogeneous private information, will learn about the true state before the others. It also predicts that these minority traders will be influential in driving the market prices towards the FRE.

Research questions
The research team are investigating three questions in particular. Firstly they are examining whether Arrow–Debreu markets can be successful at aggregating private information about the true event into prices, even when traders have homogeneous beliefs. Secondly, they are exploring whether minority traders are better informed about the true event. If this is the case, can the minority traders use this knowledge to gain profit, and are they influential in driving prices in order to reveal the true state? Thirdly, the researchers want to find out if individual traders can learn the true event from the movement of prices, and if individual learning is a necessary condition for information aggregation with respect to prices.

The research team observed successful price convergence even when the traders had homogeneous beliefs.

Experimental design
The research team ran seven experimental sessions with twelve participants in each. The participating traders were randomly allocated into three groups of four and randomly assigned to be type X or O. There are eight equally probable states and, like the red hat puzzle, at each state the traders can see the types of the other groups, but they do not know their own group’s type. Each trader was allocated working capital and assets and trade was conducted using the Continuous Double mechanism.

Auction mechanism
The model assumes that traders can update their beliefs on observed prices only. After 5 minutes, the market was closed and traders entered the post-market stage where they were asked to guess how many type X groups took part in the market before receiving feedback on the true state.

Findings
The researchers found Arrow–Debreu markets to be successful at aggregating dispersed information in the prices in the later rounds with experienced traders, but not in the earlier rounds. While market prices do reflect the true state, most traders appeared to remain ignorant during the post-market stage. The researchers reflect that this is consistent with the marginal trader hypothesis that efficiency in market prices requires only a small population of sophisticated traders, who drive prices to the competitive equilibrium.

The research team observed successful price convergence even when the traders had homogeneous beliefs. They did not find any significant differences in the information aggregation properties of markets regardless of whether traders initially had homogeneous or heterogeneous beliefs. In the case of heterogeneous beliefs, the researchers found evidence that suggests that the minority traders do learn about the true event before others and that they are influential in driving prices towards the FRE. They did not find any evidence, however, to support the notion that these better informed minority traders can extract a greater share of the surplus as a result.

Conclusion
The research team found that the FRE reasoning model allows them to examine market scenarios involving more complex information structures. It also enables them to compare market results. Analysis of post-market beliefs disclosed that Arrow–Debreu markets can aggregate dispersed information efficiently, even when the individual traders are uninformed throughout. They conclude that when markets are comprised of experienced traders, they can successfully aggregate dispersed information, even in complex situations when only a few of the traders possess all of the information.

<> In this work, we showed how robust prediction markets are in their ability to aggregate information. In our next work, we want to examine what happens when prediction markets are used to make decisions. We ask if policy makers use prediction markets to guide decisions, and if parties with vested interests successfully manipulate the market prices (at a cost) in order to influence decisions. We find that, although manipulators have a substantial effect on market prices, policy makers would still benefit from following the information revealed in market closing prices. Nonetheless, manipulation is detrimental to policy making by eroding trust in the market. 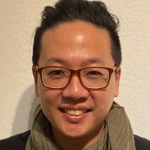 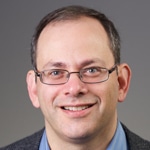 Todd R. Kaplan is an Associate Professor in the Department of Economics at the University of Haifa and a Professor of Economics at the University of Exeter Business School. His research interests include auctions, industrial organisation, and experimental economics, with eclectic topics that include explaining gift-giving, modelling research contests, and testing understanding of uncertainty in weather forecasts. 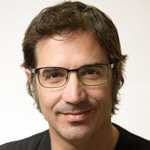 Phones down, eyes up: Tackling media misbehaviour in the classroom
Behavioural Sciences
Read This Article
Human learning: A story of identity and communication
Education & Training
Read This Article