Health & Medicine
Innovation in oncology drug development is driving more efficient and effective development of new cancer treatments. This innovation is providing cancer patients unprecedented access to new therapies. Dr Brian Huber, Vice President of Therapeutic Areas, Drug Development and Consulting at ICON and Matthew Huber, a scientist in the emerging biotechnology sector focused on developing innovative oncology medicines, have conducted a review that highlights how innovation, from the development of targeted therapies to a revolution in clinical trial designs, puts an emphasis on patient centricity.

Progress in the treatment of cancer continues. Better prevention, earlier detection, more extensive knowledge of the causative genetic lesions and development of new therapies lead, year after year, to a decrease in cancer mortality. However, despite more and more frequent success stories, some cancers remain resistant to all therapies. There is a critical medical necessity to be able to bring better medicines to these patients more quickly and more effectively regarding time, cost, and probability of success.

Targeted therapies
Until thirty years ago, knowledge of tumours mostly consisted of observations about the behaviour of tumour cells: it was known that tumour cells divide faster than most normal cells, that they are able to migrate and invade normal tissues, that they can evade recognition and destruction by the immune system, and that they seem to evade normal mechanisms of cell death – senescence and apoptosis. Therapies developed back then were ‘cytotoxic’ drugs whose cell-destroying actions were largely based upon the observation that cancer cells divide more rapidly than most normal cells in the body. This property provided a minimal amount of selectivity of the cytotoxic agent for the cancer cell over the normal cells. Of course, normal cells that divide rapidly, such as cells in the bone marrow and gastrointestinal tract, have very little protection from the cytotoxic agent, causing serious side effects. Starting in the late 1980s, however, there was an explosion in the understanding of the molecular lesions that cause and maintain the tumour’s unique characteristics. This molecular understanding has resulted in the development of targeted therapies that are each specific to a certain type of genetic lesion.

Precision medicine
With the development of targeted therapies came the era of precision medicine in oncology. This medical model involves identifying the molecular lesions that are present in a tumour and then selecting the treatments that specifically target these lesions. Besides precisely targeting specific lesions, this approach also means clinicians can avoid using these targeted drugs in patients whose tumours do not harbour the relevant lesion, as these patients would experience little to no clinical benefit from these drugs.

Precision medicine is not a new medical concept, but the ability to examine the genotype (genetic information) and phenotype (set of expressed characteristics) of tumour cells to identify molecular lesions, followed by treatment with specific targeted therapies has greatly advanced over the last twenty years. Precision medicine aims to use the most appropriate treatment for cancer patients: the right drug, for the right patient, at the right time, and at the right dose. This is especially important given that patients with a similar tumour structure and function, known as the tumour ‘histology’, may actually contain patient subpopulations since their tumours have different genetic lesions. Take melanoma as an example. Melanoma patients in subpopulation #1 contain tumours with lesion A; patients in subpopulation #2 contain tumours with lesion B. Patients in subpopulation #1 will be treated with a specific targeted therapy for lesion A while patients in subpopulation #2 will be treated with a different targeted therapy for lesion B. This becomes especially relevant when a specific genetic lesion occurs only in a low percentage of patients. In the context of precision medicine, cancer treatment is now based on the presence of specific genetic lesions rather than the tissue of origin or site of tumour. This approach has been proven to be much more effective than the traditional histology-based approach, where all patients with melanomas would receive the same treatment.

Cancer treatment is now based on the presence of specific genetic lesions rather than the tissue of origin or site of tumour.

Site-agnostic approval
As therapies evolved, innovation in drug development and approval processes was needed. With the traditional histology-based approach, each therapy was approved for a certain type of cancer based upon the histology and line of therapy. With the development of targeted therapies, however, it became clear that various genetic lesions can cause a specific type of cancer and, most importantly, different cancers can be caused by similar genetic lesions.

Traditionally, a drug that was approved for a certain type of cancer needed to go through another trial and application to be approved for another type of cancer harbouring the exact same molecular lesion. Now, however, the FDA (U.S. Food and Drug Administration) has innovated and adapted the process: in 2017, the first site-agnostic approval was granted for pembrolizumab, which became the first drug approved for all tumours harbouring a genetic lesion called microsatellite instability-high, regardless of the tissue of origin or the site of the tumour.

With site-agnostic approval, patients will not need to wait indefinitely for a specific study to be conducted in their tumour histology followed by FDA approval for reimbursement. This will make new therapies available more quickly to a broader range of cancers. Patients with rare forms of cancer but with similar genetic lesions will also have access to the newly developed therapies.

Adaptive trial design
Traditionally, clinical trials were designed to rigidly follow a prospective protocol during which patients receive a predetermined therapy for a fixed period of time. More and more, clinical trials are evolving towards a more adaptive design that gives researchers greater flexibility, as protocol modifications can be made while the trial progresses. Researchers can see how patients are responding to treatment and adapt the protocol accordingly to make it more efficient and effective. An adaptive trial design also allows new scientific understanding and discovery to be taken into account. Adaptive trial designs are as scientifically robust as traditional trials, but they allow some flexibility for clinical investigators to make approved modifications as the trial progresses.

While traditional clinical trials were divided into phases that constituted very distinct and separate stages, phases are now evolving into a seamless continuum that may positively affect cost, time and probability of success.

FDA adaptability and innovation
Innovation in oncology drug development is also occurring at the FDA. Besides granting site-agnostic approvals, the FDA has developed programs (such as Accelerated Approval, Fast Track, Breakthrough Therapy, Priority Review) that aim to “address significant unmet medical need in the treatment of a serious or life-threatening condition” by reviewing drugs faster and providing an expedited review process. Thus providing cancer patients early access to new therapies.

As the review from Dr Brian Huber and Matthew Huber, MS, highlights, the move to a more patient-centric approach has many benefits for patients, care providers and drug development companies.

What would you say is the next innovative step in oncology drug development?

Greater attention will be focused on tumour detection at a sub-clinical stage using sensitive biomarkers, circulating tumour cells or circulating tumour DNA. This will allow treatment to begin at a stage with significantly less tumour burden to treat. 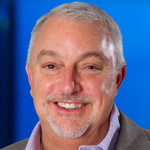 Brian Huber, PhD is a leader in the Biopharmaceutical Drug Development, CRO Service and Investment Sectors, with over 35 years’ experience. His current position is the Vice President of Therapeutic Areas, Drug Development and Consulting at ICON. Dr Huber’s experiences include VP & Managing Director at Quintiles / IQVIA; Global VP in Drug Discovery at GSK, CEO of Shionogi / GW Pharmaceutical Inc.; Director of Oncology at Burroughs Wellcome and Senior staff fellow at the National Cancer Institute, NIH, in Bethesda, MD. Dr Huber has 11 issued patents, 65 publications in peer-reviewed journals and a number of books and book chapters. 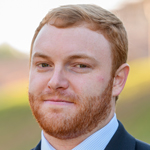 Matthew Huber, MS is a scientist in the emerging biotechnology sector focused on developing innovative oncology medicines. He received his BS degree from University of North Carolina at Chapel Hill and his MS degree from Georgetown University.

Dr Brian Huber and Matthew Huber have conducted a review of innovation in oncology drug development, highlighting the need for a patient-centric approach.