Earth & Environment
Dealing with pests and disease is often the bane of a farmer’s life. Anything that causes plant damage or death has huge economic implications and many plant diseases are highly transmissible. However, disease can only be treated when it is detected, and that often means waiting for symptoms to appear. Dr Maria Fatima das Graças Fernandes da Silva at the Federal University of São Carlo has found a way to detect bacteria before plants show an external sign of disease. Her work is an important step toward preventing the spread of disease and unnecessary plant loss and pesticide use.

Growing crops is a continual battle against pests and disease. Pests and disease can damage plant leaves, disrupt plant growth, destroy fruit and produce, and even kill plants outright. This is hugely disruptive to farmers’ income, and on bad years, where this has been particularly prevalent, it can even lead to widespread food shortages.

The need to protect plants in order to maximise crop yields is why pesticide use has become so widespread in agriculture. Pesticides help kill insects and fungi, and control plant diseases. It is estimated that without their use, 20–50% of crop production would be lost. The ability to control damaging species and minimise crop losses also helps to ensure the stability of food suppliers as levels of disease or insect numbers can vary significantly from year to year.

As the worldwide demand for food continues to grow, a world without pesticides is not something that will be achieved in the short term. However, there are concerns about the environmental and health impacts of the widespread use of pesticides on our foods, particularly with the potential for accumulation of larger pesticide concentrations in the food chain.

History of DDT
One of the most famous examples of this is the story of dichlorodiphenyltrichloroethane, better known as DDT. DDT proved excellent at killing the insect populations that were spreading a raft of deadly diseases, like typhoid and malaria. However, while it was a highly effective poison for the unwanted insect species and small amounts were not problematic to larger predators such as eagles, the environmental persistence of DDT and its ability to bioaccumulate had significant unforeseen effects.

As the worldwide demand for food continues to grow, a world without pesticides is not something that will be achieved in the short term.

DDT proved to be fatal for many species of crustaceans and fish. For many birds that had been repeatedly exposed to DDT through the food chain, it led to serious reproductive issues. The affected birds laid eggs with very thin shells that would easily break, which nearly drove many birds of prey in America and Europe to extinction. Since the use of DDT was banned, many of these populations have recovered, and this proved to be a landmark moment in changing how we evaluate and assess the future impact of potential pesticide candidates. 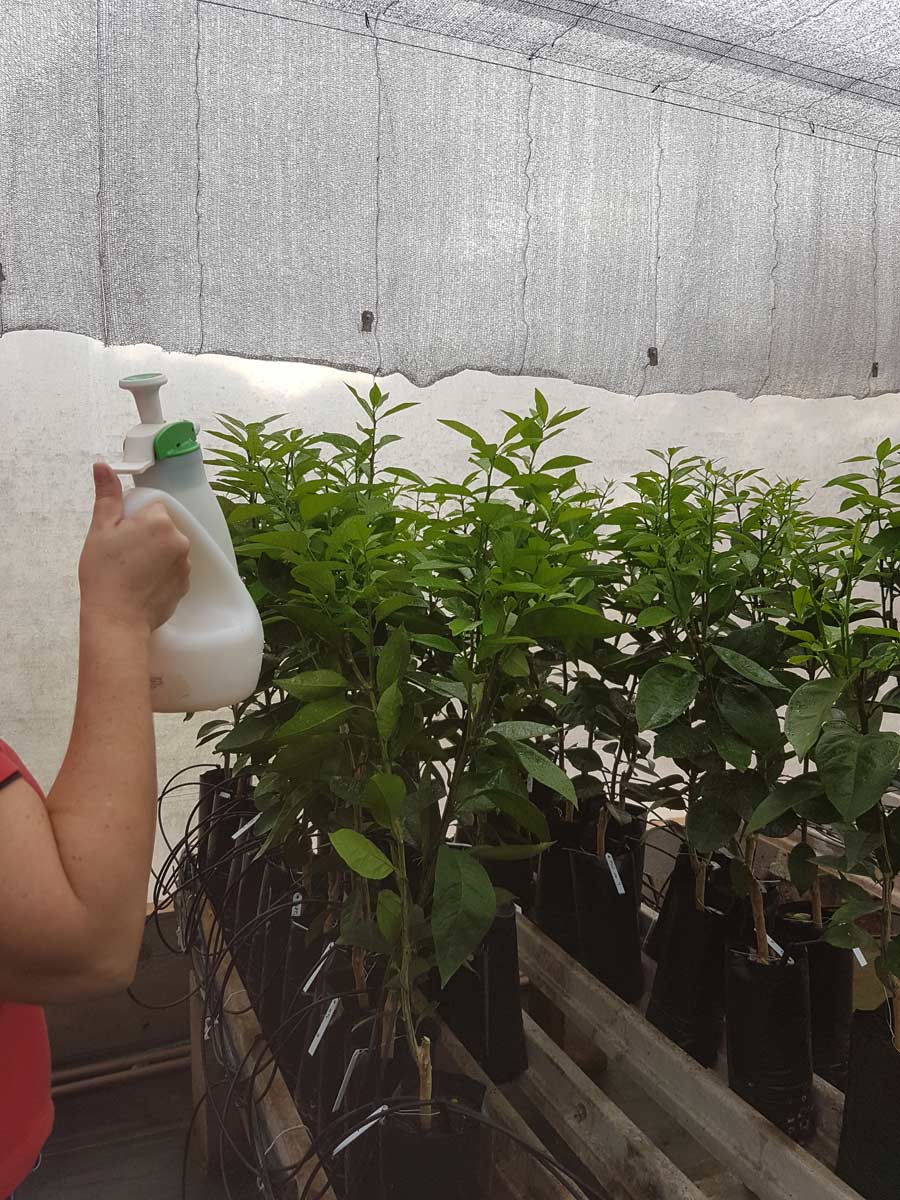 A huge effort has been made to change the types of pesticides we use, but also to find ways to reduce the overall need to use as many pesticides. One way to do this is to have more accurate diagnoses of potential plant diseases, so they can be tackled before they spread and pre-emptive spraying of crops is not required. Dr Maria Fatima das Graças Fernandes da Silva at the Federal University of São Carlo has been taking a highly innovative approach to diagnosing plants before their symptoms appear, developing our understanding of plant chemistry at the same time.

Early diagnostics
Dr da Silva has been focusing her research efforts on a disease known as citrus variegated chlorosis. This is a bacterial disease caused by a bacterium known as Xylella fastidiosa and is found across most of South America and some areas in the US. It affects many different types of citrus trees, including grapefruits, lemons, and mandarins, but sweet oranges seem to be particularly susceptible. Ultimately, the disease leads to improper growth and ripening of the fruit. Consequently, they remain small, hard and highly acidic and therefore, they are unfit for consumption. 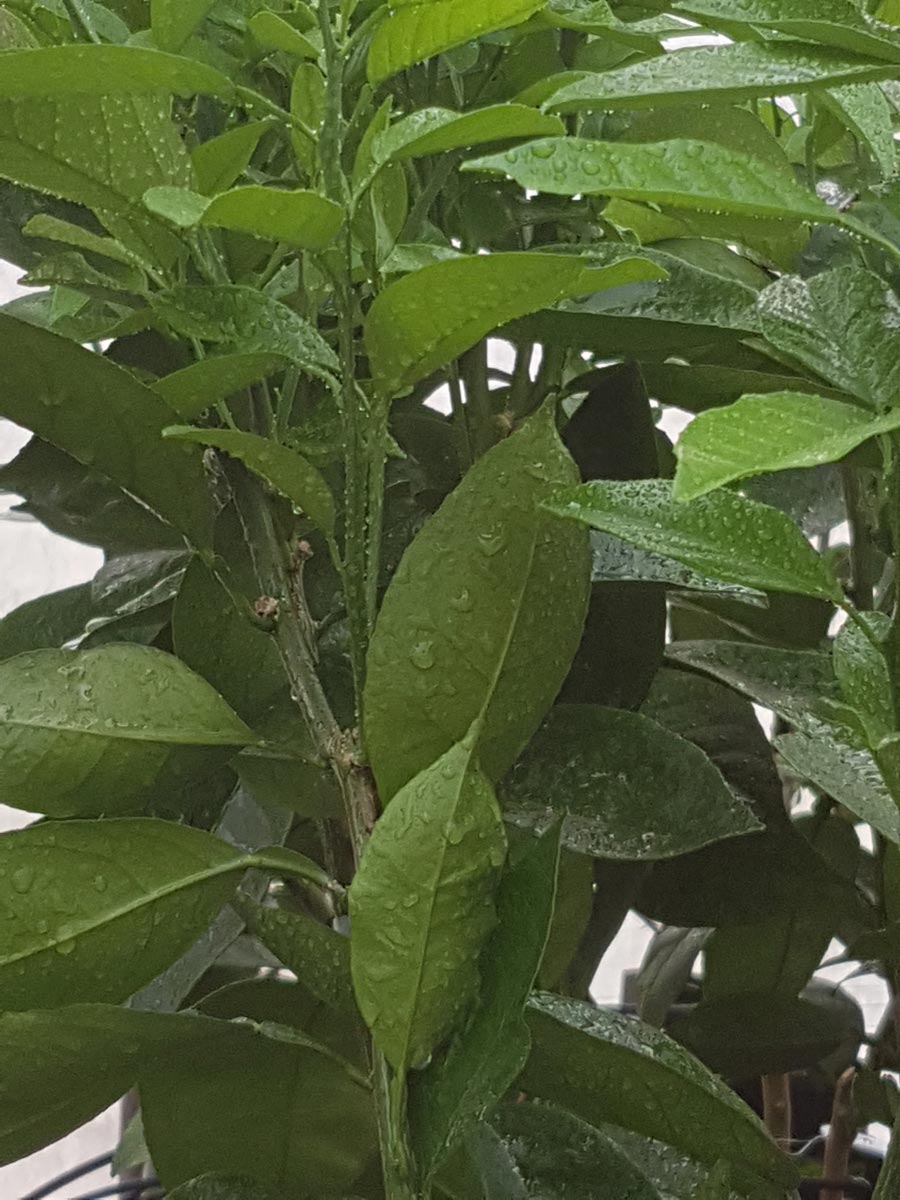 Citrus variegated chlorosis is particularly hard to control as not all infected plants show symptoms, and not all of the possible mechanisms for disease spread are fully understood. Sometimes infected plants show the formation of lesions on leaves and leaf discolouration, but these symptoms can resemble other diseases. Unfortunately, this means that molecular testing of plant material is the only way to be certain of a diagnosis – but this can be costly.

What Dr da Silva has been able to find is how the presence of Xylella fastidiosa in the plant affects some of the chemicals present and deduce a series of chemical markers to indicate that the plant has indeed been infected. Xylella fastidiosa typically resides in the plant xylem, the tissue in a plant that is responsible for transporting water and nutrients.

Saving sweet oranges
As part of developing a diagnostic test for the presence of this bacterium, Dr da Silva and her group realised that in plants that were suffering from citrus variegated chlorosis, there was a much higher concentration of flavonoids in their leaves. Flavonoids are a diverse family of compounds that are found in many different plants and are often thought to have some health benefits.

From closer studies and inspection of the structures of these flavonoid species, Dr da Silva realised that these chemical species had some of the right properties to be bacterial inhibitors and could help prevent infection in the plants. Systemic bactericides must be water-soluble to some degree, which allows the dissolved active ingredient to move into the root when applied to the growing medium, be absorbed by it and consequently translocated throughout the plant. If the pesticide is less water soluble, it deposits in the soil and is not absorbed by plant roots. One of the challenges she faced, however, was that, in general, flavonoids are totally insoluble in water.

One way to circumvent this solubility problem was to add some metal compounds to the natural, biological chemicals to improve the solubility to a suitable degree, allowing Dr da Silva and her team to carry out more detailed investigations into how these flavonoids might offer a biological pesticide with minimal environmental and ecological impact. A constant challenge in pesticide development – as well as trying to find pesticides that do not have unwanted impact in the wider food chain – is dealing with the problem of resistance.

These organoruthenium and organomagnesium compounds have derivatives of a biologically active flavonoid that has the potential to become a bactericide against Xylella fastidiosa.

Some of the commonly used antimicrobial compounds are based on copper, but several species of plant pathogen are already developing resistance to these. There are serious concerns that Xylella fastidiosa may soon do so as several similar species are already resistant. Developing new antimicrobials is a long process from lab to commercial availability and approved pesticide, so there is a huge need for new chemical targets.

By complexing the natural compounds from citrus peel with metal compounds, ruthenium and and magnesium, Dr da Silva found two new compounds that demonstrated excellent antimicrobial activity in plants that had been infested with Xylella fastidiosa. These organoruthenium and organomagnesium compounds have a metal at their centre with different chemical groups surrounding it, including derivatives of a biologically active flavonoid that has the potential to become a bactericide against Xylella fastidiosa. By using techniques that could monitor bacterial levels in the plants directly, Dr da Silva could see in real time the reduction in bacterial cells thanks to the new flavonoids she had been able to extract from the waste peel.

Greener future
For agriculture, finding new pesticides is not just about finding the right chemicals but making them cost effective to use. Dr da Silva has been able to reduce the cost of these potential new antimicrobials by developing efficient techniques to extract them from orange peel to make their synthesis cost effective. Taking a biological approach to the creation of new pesticides has many advantages. Here, natural waste from fruit production could be used to create the pesticides, and with early and accurate diagnosis, pesticide use could be minimised, all without reducing crop yields

Do you think biological approaches to pesticide development will become more common?
<>
Biological control of plant diseases has not been universally accepted. However, it has gained momentum over the last years. In Brazil, there are several examples of successful development of antagonists of plant pathogens available for commercial use, as mild strains for the control of Tristeza virus of citrus through preimmunisation. The white mold of soybean, caused by the fungus Sclerotinia sclerotiorum, is a significant problem in Brazil. Stachybotrys levispora was selected by our group to improve white mold control, and showed potential for in vitro managing of S. sclerotiorum, inhibiting the phytopathogenic fungus. 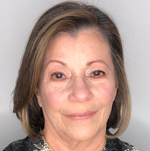 Dr Maria Fatima das Graças Fernandes da Silva is a full professor of chemistry at the Federal University of São Carlos, Brazil. She coordinates the National Institute of Science and Technology for The Biorational Control of Pest-Insect and Phytopathogens (BCNP). The central theme of her research is isolation and structure elucidation of plant secondary metabolites and the application of findings on numerous biological screenings in the agronomic area.