Health & Medicine
The World Health Organization estimates that almost all deaths due to malaria are children living in Africa. Prevention measures against malaria are causing a steady decline in deaths, but common antimalarial therapies like artemisinin-based combination therapies are at risk of becoming ineffective due to drug resistance developing in the Plasmodium falciparum parasite responsible for transmitting the disease. Eugene Megnassan at the Université Nangui Abrogoua in Ivory Coast and his team have employed computer-aided molecular design to identify eight new compounds with extremely high predicted abilities to inhibit a protein in P. falciparum responsible for breaking down haemoglobin.

Malaria is a major cause of death worldwide. Most recent estimates for malaria deaths from the Institute of Health Metrics, for 2017, puts the figure at 620,000. Most of these victims are children – more than half of people who die from malaria are under 5 years old. One in 12 child deaths worldwide are due to malaria, making the disease one of the leading causes of child mortality.

The World Health Organization (WHO) estimates that in 2010, about 90% of malaria deaths were on the African continent, and that more than 4 in 5 malaria deaths worldwide were African under-5s. Nowhere in the world is affected as much as Central and North Africa.

In Africa, almost all malaria cases have the same cause: Plasmodium falciparum, a parasite transmitted by mosquito bites. Prevention measures are leading to a steady decrease in deaths; according to WHO, malaria deaths halved worldwide from 2000 to 2015, largely through the implementation of insecticide-treated bed nets in Africa. Two other factors were also important: the use of artemisinin-based combination therapies (ACT), and through indoor residual spraying. The combination of these three methods is estimated by WHO to have averted 663 million cases of malaria across the 15-year time period.

Artemisinin is a Chinese herb first documented by the scholar Ge Hong in 340 AD for the treatment of malaria. Almost two thousand years later, artemisinin-based combination therapies are strictly controlled under WHO guidelines because they are effective against multi-drug resistant P. falciparum. However, the P. falciparum parasite is developing resistance so rapidly that ACT antimalarials may soon become compromised. Partial resistance has already been reported in five countries.

Antimalarials – tricky to design
Whilst the last decade of antimalarial drug design has created some novel ACTs, many researchers are now turning to new classes of antimalarial candidates. In order to create new antimalarials, researchers need a specific target – most of the time, specific proteins vital to P. falciparum’s cellular machinery. Knowing the structures of these proteins is essential for creating molecular drugs. Antimalarial drug design relies on knowing these structures in order to create carefully-shaped molecules which fit into the active sites of the proteins, inhibiting their ability to perform their role in the cell.

There are relatively few known and validated structures of P. falciparum proteins which could be targets for antimalarial drugs. On top of this, there is also a lack of knowledge of the molecular motifs and features which make effective protein inhibitors.

The P. falciparum parasite is developing resistance so rapidly that ACT antimalarials may soon become compromised.

A promising target
Eugene Megnassan at the University of Nangui Abrogoua in the Ivory Coast, is working with a team who are using computer aided molecular design to target a class of proteins called falcipains. These proteins are cysteine proteases, meaning that they are important in the degradation of proteins. They are good targets for P. falciparum since they are involved in the breakdown of haemoglobin whilst the parasite is invading red blood cells of the host. Because this is a fundamental feature of the parasite’s life-cycle and ability to invade a host, falcipains are a promising target for inhibition.

The next step in shutting down this protein is to identify a small molecule which can inhibit the falcipain protein. A type of molecule called hybrid lactone–chalcone and isatin–chalcone (HLCIC) molecules target a known motif in two falcipain enzymes of P. falciparum. HLCICs represent good targets for the development of a new generation of antimalarials, but no known HLCICs bind strongly enough to the falcipain active sites to make them effective drug. However, using these molecules as a structural starting point may be a good way to begin designing a new drug.

Megnassan and his team’s work involved starting with 15 HLCIC molecules. The ability of each of these molecules to inhibit the falcipain-2 (FP-2) protein was available from literature sources. Each of these molecules and the FP-2 protein was modelled in 3D based on X-ray crystallography structures. 15 more 3D models were also produced of each HLCIC complexed with the FP-2 protein.

Once the structures of the proteins were accurately modelled, the models were used to predict the interactions between the atoms in the FP-2 protein and the HLCIC inhibitor molecules. Molecular modelling identifies the most important atoms and amino acids for the binding between the inhibitor and the enzyme as well as which parts of the inhibitor bind to which section of the active site. Molecular simulation allowed the researchers to predict the structural changes which could improve the ability of the inhibitor to bind with the FP-2 active site.

Identifying HLCIC analogues
The researchers identified four important areas or ‘pockets’ in the FP-2 active site (S1, S1’, S2 and S3), and each of these pockets needs a corresponding section on the molecule for effective inhibition of the protein. The researchers predicted from computations that 88% of an HLCIC molecule’s ability to inhibit the FP2 enzyme is due to how well the molecule fits these four pockets. However, by far the most important pocket was S2. A pharmacophore search tool called PH4 allowed the researchers to screen and select compounds according to their chemical shape, giving priority to the molecules which best fill the important S2 pocket. The PH4 screening can be used to estimate the inhibition activity of new HLCIC analogues, and can give priority to compounds which are most likely to be effective drugs, based on their predicted ability to be absorbed, metabolised, distributed and excreted when used as a drug in humans.

Twenty best-fitting inhibitor conformers were saved, and organised into 10 conformational families. The most promising molecule from each of these families was then considered for more in-depth analysis.

Predicting inhibition ability
Each selected HLCIC analogue was carefully built using modelling software. Predicting each molecule’s ability to inhibit is not an easy job, involving consideration of multiple factors in a process called Quantitative Structural Activity Relationship (QSAR). QSAR is a commonly-used mathematical modelling tool within organic chemistry. It also takes into account 3D models of the protein’s active site to analyse the enzyme-inhibitor interactions. QSAR computes the Gibbs free energy of enzyme:inhibitor complex formation, which quantifies how energetically stable the HLCIC molecule is once it’s in the active site. This value can be used to predict the ability of each HLCIC analogue to inhibit FP-2. 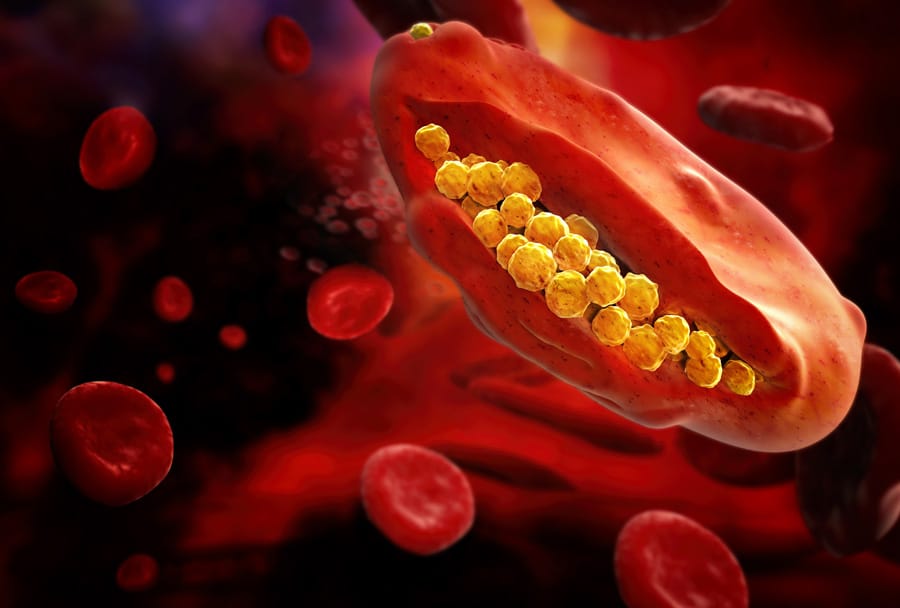 This process led the team to the identification of several potent HCLIC molecules, some of which are predicted to be hundreds of times more potent than the best inhibitors from training set of HLCICs.

Megnassan and his team now have a set of promising compounds which could be taken to drug trials.

The best candidates for drug testing
Megnassan and his team now have a set of promising compounds which could be taken to drug trials. Due to the importance of the S2 pocket, the top-scoring compounds are HLCIC compounds which have a substitution that allows them to fill this part of the FP-2 active site. The best of the set has a predicted ability to inhibit FP-2 of about 500 times higher than the HLCICs in the training set.

Superimposing the best molecules also identifies some interesting trends. The best-designed HLCIC analogue is one with a very bulky chain that fills S2, a finding which matches those reported by other research groups investigating different drugs to inhibit FP-2.

Most excitingly, the pharmacological properties of HLCICs make them good drug candidates – they should be as effectively processed by the human body as current antimalarial medication. Gastrointestinal absorption is predicted to be low, suggesting that HLCIC-type drugs would require injection. 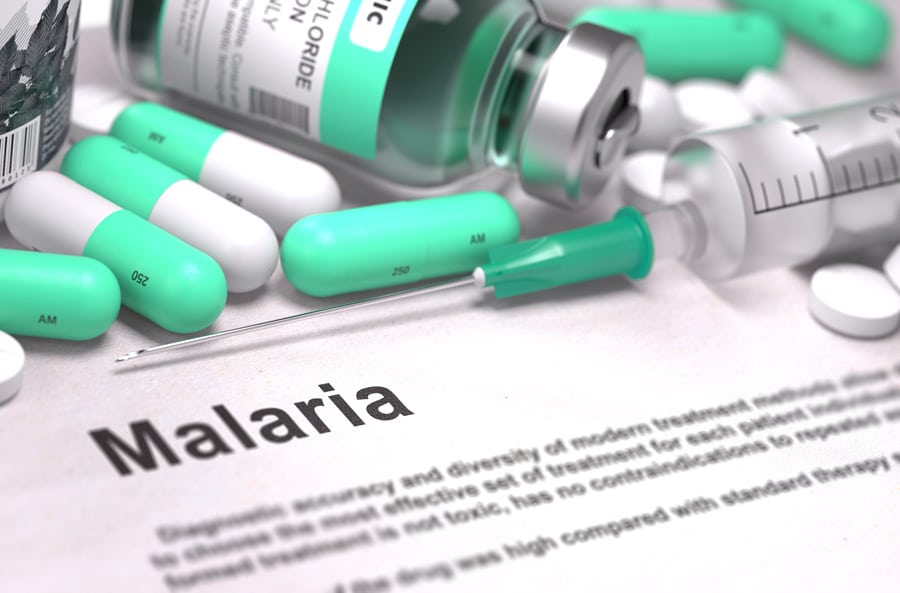 The work done by Megnassan and his collaborators has resulted in eight novel and viable compounds for treating malaria. The team hope that the compounds will soon be synthesised and evaluated in order to check the efficacy of their design process, and guide future drug discovery of FP-2 inhibitor molecules. As currently-used antimalarials like artemisinin-based combination therapies are at risk of becoming ineffective due to drug resistance, these developments are important for the population of the Ivory Coast and nearby countries in Africa. The researchers hope the paper will stand as an encouragement to African countries to invest in molecular sciences.

In this paper you provide eight HLCIC compounds which may be potential drug compounds, and also supply new information about the structure of the FP-2 enzyme active site and methods for exploiting it for malaria drug design. Which of these research outcomes do you consider to be more impactful, and why?

The researchers investigating a new type of antimalarial was last modified: January 7th, 2020 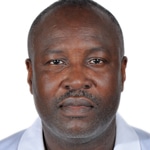 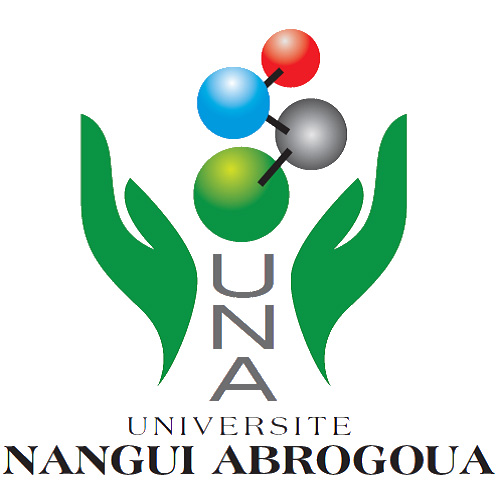