Higher education institutions are not immune to workplace bullying. In fact, research shows that they can be virulent breeding grounds for a particularly pernicious form of bullying – one cloaked in popular perceptions of civility. In higher education, bullying is even delegated to subordinates. However, because workplace bullying inhabits a grey legal area, prosecuting cases is challenging. Dr Leah P Hollis at Rutgers University, New Brunswick, NJ suggests we should re-examine the social position of bullying from the perspective of the foremost authority on such matters: the Universal Declaration of Human Rights.

For those caught in the continual loop of a typical office job, the hallowed halls of higher education may seem a genteel place to work. A life dedicated to learning and instruction carries images of safe spaces of quiet reflection and respectful repartee with peers and students. The reality is different. Academia is highly competitive and uncompromising, and history has endowed it with a hierarchy that resists forces calling for its overhaul. Positions are protected, and the climb to tenure – academia’s version of total job security – requires political game-playing and negotiating its many unwritten rules. As a result, higher education can be a breeding ground for a malignant type of bullying that spreads below an epidermis of respectability. However, one specialist in studying workplace bullying is invoking the Universal Declaration of Human Rights to get academic institutions to stop bullying in its tracks. 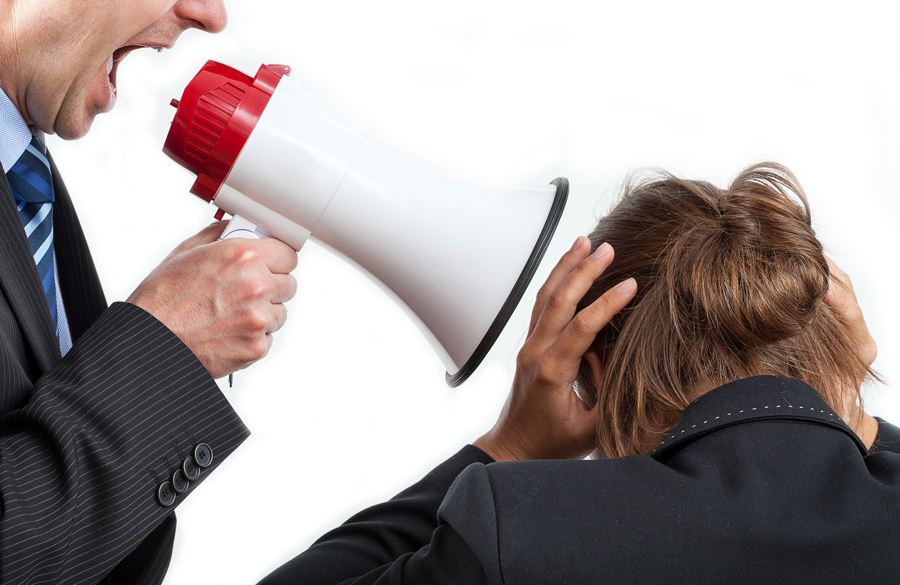 Dr Leah P Hollis is a visiting scholar at Rutgers University. She is also the author of several books on workplace bullying in higher education, including The coercive community college: Bullying and its costly impact on the mission to serve underrepresented populations and Human Resources Perspectives on Workplace Bullying in Higher Education. Both books focus on structural issues that support bullying. In 2019, in the Journal for the Study of Postsecondary and Tertiary Education, Hollis published a particularly illuminating piece of research highlighting a hitherto ignored area of study. Titled The Abetting Bully: Vicarious Bullying and Unethical Leadership In Higher Education, it drew attention to some of the more insidious and elaborate forms of bullying – where bullies use intermediaries as part of their powerplay, creating an enduring and endemic system that is difficult to detect and even harder to uproot.

It’s all about power
By definition, workplace bullying, such as that in higher education, is primarily based on a power differential. The bully typically has power over the target, and uses that power to demoralise those who cannot fight back. As such, workplace bullying differs from abuse rooted in racism or sexism because it can exist within a homogenous social environment – women can bully other women, African Americans other African Americans. This makes it harder to prosecute. For example, in the United States, any legislation that could be used to prosecute workplace harassment takes direction from the 1964 Civil Rights Act, which prohibits harassment based on a protected class – race, gender, religion, national origin, sexual orientation, and disability. This means the legal grounds are a little grey when, for example, a white woman professor intimidates a white woman junior researcher.

Workplace bullying differs from abuse rooted in racism or sexism because it can exist within a homogenous social environment – women can bully other women, African Americans other African Americans.

Dr Hollis’ research has uncovered an intricate web of bullying in higher education that capitalises on this blurred legal status. It typically flows down the hierarchy from tenured faculty members to junior faculty and across to non-faculty staff. It manifests itself in unreasonable deadlines, threats of budget cuts, the allocation of unruly classes, last-minute class assignments, unjustified expectations of service, and minute-by-minute accounting of time. It is also less subtly delivered through shouting and insults. To a large degree, the faculty are the income generators for any higher education institution – they bring in the grants, the scholarships, and the fee-paying students. Therefore, they enjoy protected status – senior administrators and institution leaders are reluctant to bite the hand that feeds. As a result, higher education bullies and their networks of intermediaries can outlive executive administrators, and the path to power becomes evident for those lower down the ranks. Thus, bullying is baked into the system.

The outcomes of higher education bullying are more than systematic harassment. Hollis points to the wealth of research that has catalogued the very real mental and physical ill-health that victims of bullying endure, including post-traumatic stress, panic attacks, insomnia, suicide ideation, heart disease, and diabetes. But the victims are not the only sufferers. Witnesses of bullying experience anxiety, panic, exhaustion, and depression. There are broader socio-economic issues for institutions that fail to stop bullying, including high staff turnover and difficulties to fill staff placements. A hostile work environment discourages collaboration and teamwork and incentivises sick leave.

The gender and race skew
In her own study of vicarious bullying in higher education institutions in the United States, Hollis was particularly interested in how it affected women and women of colour – African American women, Hispanic/Latina women, Native American women, and Asian/Pacific Islander women.

She questioned 729 middle- to upper-level administrators such as directors, executive directors, deans, provosts, and vice presidents, as well as senior faculty members, including assistant professors, associate professors, and full professors. Of the respondents, 498 were women. The study is particularly pertinent – as women and people of colour often are in the least powerful positions, they are more likely to face workplace bullying.

Among the key insights from Hollis’ study was that 58% of the respondents reported being affected by workplace bullying either as a victim or a bystander, and 42% said they had been the victim of vicarious bullying – when a more senior person sent a subordinate to do the bullying. Considering gender, as Hollis hypothesised, proportionally, women were more likely to face vicarious bullying; however, Hollis had underestimated how widespread it was; even more so for women of colour. The data show that women are more likely to make career decisions to avoid workplace abuse and leave an education institution because of bullying.

The need for higher education to countervail human rights violations has never been more vital.

Drawing on research into bullying in higher education worldwide, including in South Africa, Turkey, Taiwan, Japan, the United States, the United Kingdom, Australia, and Nigeria, Hollis points out that workplace bullying is not limited to members of any protected group class status. It is a human rights violation in its own class. She also points to the reams of research showing how workplace bullying permanently affects employees’ physical and mental health and destroys productivity. She quotes research from New Zealand that claims it mimics domestic abuse. It is endemic everywhere, and rare efforts to control it through national legislation haven’t worked. The first such law introduced in Sweden in 1993 placed the responsibility on supervisors to report and curtail bullying; little solace for subordinates bullied by supervisors.

Hence, Hollis invokes the Universal Declaration of Human Rights, specifically the affirmation that ‘all human beings are born free and equal in dignity and rights, no one shall be subjected to torture or to cruel, inhumane or degrading treatment’ and ‘all are equal before the law and entitled without discrimination to equal protection.’ Given the clarity of the decree, and the unequivocal evidence that workplace bullying is cruel and degrading, it is hard to argue that it is not an egregious breach of human rights at an international level.

That it is so widespread in higher education presents a disturbing level of irony. Colleges and university campuses are supposed to be bastions of diversity and human rights ideologies. Furthermore, they have been the intellectual ignition points for social change on human rights matters, think opposition to the Vietnam War, fighting apartheid in South Africa, and calls for democratic reform in China. Hollis is calling for higher education institutions to now use that same ethical compass to steer their passion and focus inwards. In her words: ‘the need for higher education to countervail human rights violations has never been more vital’. 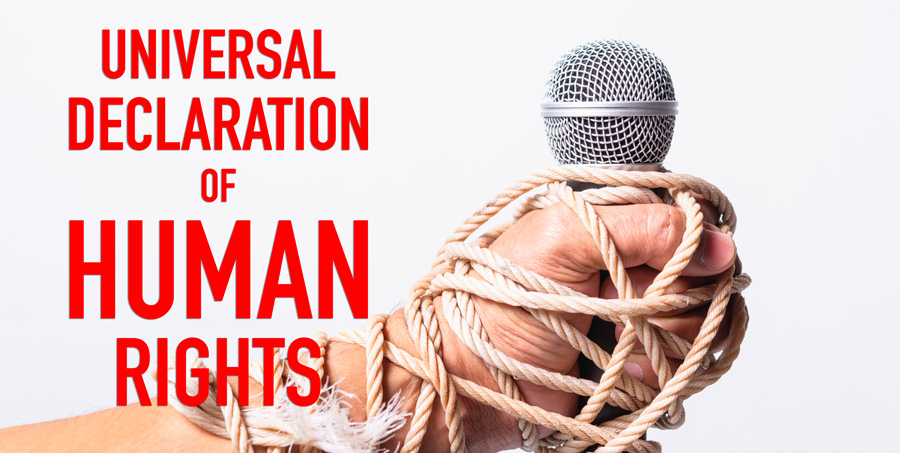 What is needed for more higher education institutions to realise that workplace bullying is a human rights issue?

Ideally, higher education leadership should be empathetic to the pain and anxiety that targets of workplace bullying suffer. If an empathetic perspective does not motivate leadership, then the exorbitant cost of employee disengagement, which can cost upwards of $9,600 annually, should motivate leaders (Hollis, 2015). In the absence of an empathetic leadership or a cost saving motivation, higher education may operate like the K-12 sector regarding bullying. The tragic Columbine shooting in 1999 which left 15 dead, was the start of a movement to strictly prohibit bullying in schools. Now, all 50 states have passed legislation to prohibit K-12 bullying. 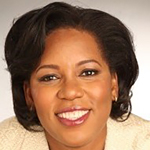 Dr Leah P Hollis is a visiting professor at the Samuel Dewitt Proctor Institute for Leadership, Equity and Justice at Rutgers University in New Brunswick, New Jersey in the US, and associate professor at Morgan State University in Baltimore, Maryland. She earned her EdD from Boston University as a Martin Luther King, Jr fellow for social justice. She is an international expert on workplace bullying and the author of The Coercive Community College: Bullying and its Costly Impact on the Mission to Serve Underrepresented Populations, Bully in the Ivory Tower: How Aggression and Incivility Erode American Higher Education, which is based on independent research on 175 colleges and universities, and Human Resource Perspectives on Workplace Bullying in Higher Education: Understanding Vulnerable Employees’ Experiences. 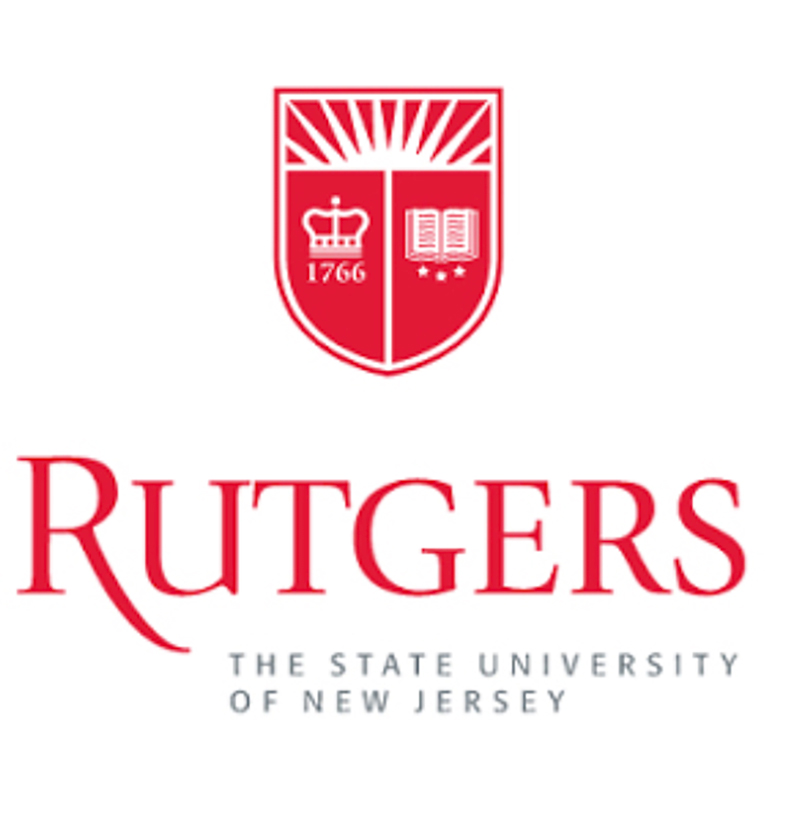