Chronic obstructive pulmonary disease (COPD) has significant health, social, and economic impacts. However, the diagnosis criteria for the condition remains broadly general and relies on the use of lung function tests, such as spirometry, which can be inaccurate in some cases. Professors Marie Breyer and Emiel Wouters, Ludwig Boltzmann Institute for Lung Health, Austria, explain that a new taxonomy is needed to define these lung conditions. They argue that this approach should incorporate the results of newer technologies, such as CT imaging.

Chronic obstructive pulmonary disease (COPD) is a common lung condition which can cause breathing difficulties. The term COPD usually encompasses several conditions, including emphysema (damage to the air sacs in the lung) and chronic bronchitis (long term airway inflammation). Most people with COPD have some level of both conditions, but may also have just one condition, or additional respiratory conditions.

COPD occurs when the lungs become damaged and inflamed. This damage cannot be reversed therefore treatment focuses on symptom management and slowing the progression of the condition. The condition mainly affects middle-aged or older adults, particularly those who smoke. Other risk factors include long term exposure to harmful fumes or dust. The World Health Organization estimates that COPD caused over 3 million deaths in 2019, making it the third leading cause of death worldwide.

Symptoms include breathlessness, a persistent cough, frequent chest infections, and wheezing. There may be periods when these symptoms are worse, for example during an infectious exacerbation of COPD.

Spirometry
One way that COPD is diagnosed is through a technique called spirometry. Spirometry measures lung function, including the volume and flow (speed) of air that can be inhaled and exhaled. The patient takes a deep breath and exhales into the sensor as hard, and for as long as they can. The technique generates charts that show the volume and flow of air during one inhalation and one exhalation. These results can be used to measure breathing patterns over time, or to identify breathing patterns that correlate with lung conditions such as asthma, pulmonary fibrosis, or COPD.

Despite the significant impact that COPD has on mortality rates, the definition of the condition is largely descriptive.

It has been suggested that some individuals may have ‘pre-COPD’. This is when there is no airflow obstruction identified with spirometry.

However, Professors Breyer and Wouters at the Ludwig Boltzmann Institute for Lung Health, warn against the labelling of a new condition. A new clinical category of COPD (pre-COPD) would require a clear definition, as well as defined cut-off values for measurements of any tests used to diagnose the condition. Instead, they suggest that a new taxonomy may be needed for all chronic respiratory conditions, as opposed to the introduction of new pre-diseases.

While many conditions are currently diagnosed and characterised by spirometry, Wouters emphasises the need to integrate new physiological- and imaging investigations to ensure the correct diagnosis of lung conditions.

One example of a new technology is computed tomography (CT scanning), which is often used to detect emphysema. However, Breyer and Wouters explain that clear definitions are needed to delineate between sub-types of emphysema.

There are opportunities to integrate more sensitive diagnostic procedures into the COPD diagnostic pathway. This may allow a variety of abnormalities to be identified early in the disease process. Identifying and characterising early changes in lung function mean that treatment can be started as soon as possible, and help to achieve a better outcome for the patient.

Definitions of disease
Despite the significant impact that COPD has on mortality rates, the definition of the condition is largely descriptive. It states that airflow obstruction (the inability to move air in and out of the lungs effectively) is a major indicator of COPD. Professors Breyer and Wouters explain that this means that patients who have early-stage disease and who are not yet showing airflow obstruction, are excluded from this diagnosis. They may not get the treatment they require until the condition has progressed to a stage where it is impacting airflow.

Using physiological definitions of disease can lead to inaccuracy and insensitivity of diagnoses. The Ludwig Boltzmann Institute for Lung Health researchers emphasise that the labelling of disease is a fluid process, which may change in response to new scientific and medical discoveries. However, it is important to be able to accurately define and diagnose a condition, as there are significant emotional, social, and financial implications to diagnosing someone (correctly or incorrectly) with a medical condition.

Predicting COPD progression
FEV1/FVC ratio can be affected by multiple factors, including age. Therefore, Breyer and Wouters suggest that this may not always be sufficient to define or diagnose a lung condition, such as COPD. There is emerging evidence that imaging techniques, used in combination with presenting symptoms and/or spirometry, are able to predict COPD progression.

For example, calculation of total airway count is a major determinant of airflow limitation in older adults and can predict COPD better than traditional methods.

There are also differences between clinical guidelines. For example, the Global Initiative for Chronic Obstructive Lung Disease (GOLD), has classified COPD into four categories that are based on FEV1/FVC ratio. This does not take into account age-related decline in FEV1/FVC ratio. It may lead to under-diagnosis of COPD in younger adults, and over-diagnosis in older adults.

Other guidelines recommend that a spirometry result at the lower limit of normal should be used to classify airflow obstruction. However, this value appears to only be weakly associated with patient-reported outcomes such as symptoms and frequency of exacerbation.

A gold standard diagnosis criterion is still required for COPD, and this must fit within an accurate taxonomy of respiratory conditions.

Although most guidelines do stress the importance of airflow obstruction as a way to detect disease related abnormalities in the lung, it is not clear how well this translates to very early-stage disease.

A need for change
Reliance on spirometry, rather than newer technologies, can be a limiting factor in the management of COPD. Newer, more advanced methods, such as lung function testing by forced oscillation, are currently neglected. A gold standard diagnosis criterion is still required for COPD, and this must fit within an accurate taxonomy of respiratory conditions.

Systems biology methods are capable of producing models of complex biological and disease systems using computational and mathematical techniques. Using systems biology alongside high throughout screening techniques may allow researchers to obtain an integrated view of disease. These findings could then open the door for new diagnostic tools derived from molecular knowledge of COPD and associated conditions, rather than proxy measurements.

Understanding more about progression of disease allows treatment approaches to be personalised to individual patients. This precision medicine approach takes into consideration how the condition presents, as well as the genetics, environment, and lifestyle of a person.

Furthermore, Breyer and Wouters report that grouping patients together, when they have a range of symptoms and underlying lung changes, will lead to confusion. Before someone is diagnosed, or labelled as having a disease, there must be absolute clarity about the definition of the condition and the diagnosis criterion it must meet. This is important to reduce the risk of someone being wrongly misdiagnosed with a disease.

The definitions of COPD and COPD-related conditions must be considered afresh, and should be based on a more personalised approach, taking into account that particular individual’s status. In addition, it may be necessary to move away from the use of spirometry towards combined approaches that integrate CT imaging, lung function testing, and clinical history.

In an ideal world, what would a new taxonomy for COPD and other respiratory conditions look like, and how would it be created?

Diagnosis is a fundamental part of clinical medicine and is a prerequisite for the delivery of high-quality, effective therapy. Diagnosis profoundly influences patient outcomes and diagnostic errors may cause harm for the patient. Diagnosis must offer an accurate and precise explanation about the patient’s condition. Furthermore, diagnosis is a moving target. Therefore, diagnosis of chronic respiratory conditions as COPD can not only rely on spirometric testing only, as introduced in respiratory medicine after World War 2, but has to include all other facilities to precisely appreciate the nature of the disease that affects the patient. Such approach allows individualised treatment and optimal communication with the patient.

Take a breath: Is it time to re-think how we diagnose COPD? was last modified: February 9th, 2022 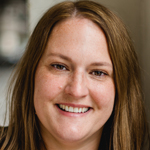 Associate Professor Marie Breyer is senior physician of the Respiratory Monitoring Unit and intensive care specialist at the Department for Respiratory and Lung Diseases at Clinic Penzing, Vienna. She is also deputy director of the Ludwig Boltzmann Institute for Lung Health and a founding member of the Austrian LEAD Study. 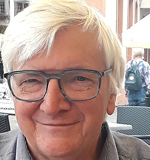 Professor Dr Emiel Wouters is senior scientific advisor on the LEAD study. Previously, he was professor in respiratory medicine and chairman of the respiratory department, director of the Centre for Chronic Diseases at the Maastricht University Medical Centre and CEO of the Centre for Integrated Rehabilitation of Chronic Organ Failure (CIRO Horn), the Netherlands.

Breyer M. (2022). Take a breath: Is it time to re-think how we diagnose COPD?. Research Outreach, 128. Available at: https://researchoutreach.org/articles/take-a-breath-is-it-time-to-re-think-how-we-diagnose-copd/ (Accessed YYYY/MM/DD)