Earth & Environment
The Japan Islands experience some of the most extreme earthquakes and volcanoes in the world. Located on the subduction junction between four different continental and oceanic plates, the islands are at risk from large earthquakes and volcanoes as the crust moves below. Dr Tetsumaru Itaya is a geologist at the Institute of GeoHistory of Japan Geochronology Network, and his research focuses on the Kibi Plateau. This unusual area of stable land may provide an ideal location for some of Japan’s important services, as it appears to have been unaffected by major crustal movements for 34 million years and continues to be stable in the future.

The Earth is a geologically dynamic planet. The rigid tectonic plates covering its surface may be moving far slower than we can feel, but we certainly feel the effects. The occurrence of earthquakes caused by tectonic plates scraping past each other are the most obvious and dramatic proof that the Earth’s surface is constantly shifting.

The Japanese Islands, situated on the Pacific Ring of Fire, certainly feels the effects of plate tectonics and is one of the most dangerous locations for natural disasters in the world. Regular, low intensity earthquakes are common as well as major volcanism. Occasionally, Japan experiences large earthquake events that are a major threat to life and cause extensive damage to infrastructure. The most recent and powerful Tōhoku earthquake in 2011 was a megathrust earthquake, reaching magnitude 9.0, making it one of the strongest earthquakes ever recorded. Its offshore epicentre meant that it additionally triggered a large tsunami that caused extensive loss of life and damage to infrastructure in Japan, including the Fukushima Daiichi Nuclear Power Plant.

Earthquakes are one of the most violent natural hazards on Earth, and despite years of work, geologists still cannot accurately predict when they will occur. It is possible to put some protections in place that can save lives, such as tsunami early warning systems and designing buildings that are ‘earthquake proof’, but it is very difficult to protect people and infrastructure completely from the most violent events. Dr Tetsumaru Itaya is a geologist working at the Institute of GeoHistory of Japan Geochronology Network (NPO). His research is focused on using suites of geological analyses to stitch together a picture of Japan’s geological history in order to identify areas of stable land within geologically active Japan.

The Kibi Plateau is four times larger than the area of Tokyo, and has been stable over a significant geological timescale.

The Geology of Japan
So why is Japan so geologically active? The islands sit on the Pacific Ring of Fire, an area within the Pacific Basin where there are multiple subduction plate boundaries (where one rigid crustal plate is slowly sliding beneath another). The Japanese Islands are situated across four tectonic plates: the Pacific, Eurasian, North American and Philippine Sea plates. There is active, ongoing subduction between these plates, resulting in the intense seismic and volcanic activity experienced across the islands of Japan.

Japan’s location at this complex plate boundary area means that its geological history is challenging to study. Where there are so many different influences on its development, as well as the complex nature of its position today, makes it a real challenge for geologists to understand. However, by better understanding how the islands developed and what forces are acting on them improves the likelihood of being able to better predict where and when earthquakes in Japan may occur and how we can limit the damage they cause.

Solid Foundations
Dr Tetsumaru Itaya and his team use suites of geochemical (analysing the mineralogy and chemistry of rocks) and geophysical (studying the structure of the rocks below the Earth’s surface) analyses to study the geology of Japan. They are particularly interested in an area within the Okayama Prefecture of southwest Japan known as the Kibi Plateau. They have been able to confirm it is a stable geological unit through the use of systematic geological analyses to build a complete geological picture.

The Kibi Plateau is a peneplain, an area of land that is mostly level and is not affected by crustal movement. They are usually formed by long periods of erosion, in this case by the action of rivers. It was discovered in the early 1900s, but it is only now fully understood amid the wider geological context of Japan. The Kibi Plateau’s stability may play an important role in Japan’s future.

Ancient River Systems
The team discovered a particular type of rock deposit on the Kibi Plateau that indicates just how stable the plateau is. Since the late Eocene Epoch (around 34 million years ago), rivers have flowed across the eastern Asian continent (including the Kibi Plateau) into the Pacific Ocean. As they flow across older geological formations, they deposit sediments on top which became layers of fluvial (river) deposits. Dr Itaya and his team have found that on the Kibi Plateau, despite being in such a geologically active area where movement of the Earth’s surface occurs frequently through faulting and folding, the fluvial deposits show no record of any vertical or horizontal displacement. The coastal, shallow marine sediments also found in this area show no significant inclination (tilting), which would have been evidence of uplift or tilting caused by movement of the crust. This suggests that the Kibi Plateau has been a stable unit experiencing a very minimal rate of uplift since the Eocene, even though the movements of tectonic plates in this area have been so great that they drove the creation of the Japan Sea.

Clues from Seismic Tomography
Dr Itaya and his team also used seismic tomography to research the geology of the Kibi Plateau. This is a method of imaging the subsurface of Earth with seismic waves and tells geologists about the rock structures below the ground. Seismic waves are generated during earthquakes, but scientists can also generate them on a small local scale with explosions or impacts on the ground surface to image the subsurface geology below. They look at how the seismic waves travel through the Earth and build an image, as seismic waves are reflected or refracted when they encounter a change in surface, such as different rock types or fault structures.

The Kibi Plateau is a peneplain, an area of land that is mostly level and is not affected by crustal movement.

The team looked at how seismic waves moved through the crust below the Kibi Plateau and they maintained high velocities with little loss of intensity through the upper crust to a depth of 20 kilometres, suggesting that the geology was consistent up to this depth and supporting the idea that the Plateau is a very stable tectonic unit. The team were able to identify the extent of the area covered by this stable tectonic unit, which reaches a volume of 140,000 km3, and there are no active faults in the central Kibi Plateau.

The Past and Future of the Kibi Plateau
The Kibi Plateau is an unusual peneplain, due to its large size and location within an area of considerable geological unrest. It is around four times larger than the area of Tokyo, and appears to be stable over a significant geological timescale. When the Japan Sea was formed, between 20 and 15 million years ago (the Early Miocene epoch), this stable tectonic unit drifted south and a series of major tectonic events occurred. These included the formation of the Median Tectonic Line, Japan’s longest fault system which is still active today. These tectonic events appear to have protected the Kibi Plateau, which shows no evidence of being affected by volcanism or deformation, and preserved it as a single stable unit.

So what does the future hold for the Kibi Plateau? The team’s geological findings support the idea that the Kibi Plateau region will continue to be a stable, coherent tectonic unit for a considerable time in the future despite the surrounding Islands of Japan experiencing extensive seismic and volcanic activity. Dr Itaya suggests that this could be incredibly important to the Japanese people. Their capital city, Tokyo, is vulnerable to severe natural disasters. He suggests that the stable land of the Kibi Plateau should be used as a location for Japan’s capital city, or as a relocation area for important capital functions. This could also include a location for precision machine manufacturing and Japanese branches of important international companies. Taking advantage of the stability the Kibi Plateau has to offer provides another form of protection from major earthquakes for Japan and its people.

What will the next steps in your research be on the geology of the Islands of Japan?

<> We plan to investigate the western part of the Kibi Plateau (belonging to the eastern Hiroshima Prefecture), where geological information for the Paleogene fluvial deposits is scarce. We will clarify the formation history and origin of the entire Kibi Plateau, and accurately reveal the distribution range and stable period of stable land mass. With help from Korean geologists, our aim is to look for the source of the paleo Susai River in the Eocene, where we assume the source of river is in the northern part of the Korean Peninsula. 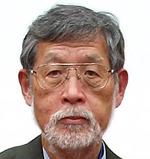 Tetsumaru Itaya is a geochronologist with an interest in petrology. He worked at Okayama University of Science until 2017. Since 2014 he has held the role of President for the Japan Geochronology Network (NPO).

This research has been partially funded by Okayama Prefecture in the frame of the Regional Problem Resolution Support Project.