Humans are living longer than ever. However, with longer lifespans comes an increased risk of age-related conditions, including dementia. Dementia is one of the greatest challenges world-wide, in terms of the number of people affected and the required resources. In the USA alone, around 5.2 million people are currently living with dementia.

Dementia is a syndrome characterised by a deterioration in cognitive ability, thought processes, and behaviour. Behavioural symptoms of dementia (BSD) include sleep disturbances, agitation, hallucinations, extreme emotions, wandering, and resistance to care. Dementia is one of the major causes of disability and dependency amongst older adults, and it can have a substantial physical, psychological, and social impact on individuals living with the condition, and those around them. Dementia also has a substantial economic impact: it cost the US economy around $236 billion this year.

Dementia rates differ among various ethnic groups, and one size does not fit all when it comes to interventions for behavioural symptoms of dementia. For example, Latinos are 1.5 times more likely to have Alzheimer’s Disease than Caucasians, and some treatments that are effective for Caucasians may not be effective for Latinos. However, the best way to treat the behavioural symptoms of dementia in ethnic and racial minority groups is not yet fully understood.

To address this, Dr Diana Lynn Woods from Azusa Pacific University researches ways to deliver culturally appropriate treatments to older Latinos with dementia. Dr Woods’ research explores the current ways that BSDs are assessed and treated in Latino populations, in addition to the role of genetic and environmental factors in prescribing medications to Latinos with BSD. A further aspect of Dr Woods’ work investigates the effectiveness of non-pharmacological approaches for BSD, which include the integration of ethnocultural and traditional healing systems into existing Western non-pharmacological approaches.

In the USA alone, around 5.2 million people are currently living with dementia.

Indeed, there tends to be an assumption of universality in prescribing practices of medication for BSD, largely influenced by the dominant Caucasian population in whom the drugs were tested.

Cultural or ethnic factors may influence an individual’s response to medication and indeed evidence shows significant differences in response to psychotropic drugs in different ethnic groups This field of research, known as ‘ethnopharmacology,’ explores the ways in which genetic differences between ethnic populations can influence the ways in which drugs are absorbed and excreted, plus their mechanisms of action. It is essential that the genetic variation of these enzymes be considered in Latinos when implementing pharmacological treatments since they have a significant effect on the timing of medications and the dosage for optimal therapeutic effect.

The Use of Psychotropics and Role of Genetic Variation
Psychotropic drugs, while commonly used to manage behavioural disturbances in people with dementia, are not recommended as the first line of treatment because of the significant side effects. The outcomes of psychotropic medications are often less effective than hoped for. Several factors can impact upon the efficacy of these medications, such as pre-existing medical conditions, age, and ethnicity. For example, there is a lack of evidence to suggest that psychotropic drugs are effective in older Latino adults. Genetic differences also play a significant role in the effectiveness of psychotropic medication for dementia and the same drug can be metabolised differently, depending on the individual’s genetic profile. Dr Woods argues that dementia outcomes are much improved if genetic factors are considered when prescribing medications.

Epigenetic factors
To complicate matters further, interactions among genes, environment, and culture also can influence an individual’s response to psychotropic medication. Environmental factors such as diet, air pollution, herbal supplements, and tobacco smoking play a significant role in the absorption, metabolism, distribution, and elimination of psychotropic medication. These environmental factors modify the way in which genes are expressed i.e., they have an epigenetic effect. For example, tobacco smoking, which is common in some Latino cultures, can have a profound influence on effectiveness of several psychotropic drugs. Much more work is needed to fully understand gene-environment interactions in Latinos, particularly regarding psychotropic medications.

Much more work needs to be done to fully understand gene-environment interactions in Latinos, particularly with regards to psychotropic medications.

Given the varied effectiveness of psychotropic medications, the Beers Criteria for Potentially Inappropriate Medication Use in Older Adults recommends that psychotropics should be used with caution for dementia and should only be prescribed if non-pharmacological interventions have been unsuccessful. Dr Woods recommends further research is needed to examine responses to psychotropic medications across different ethnic groups. She also proposes that healthcare professionals be informed about the risks of prescribing psychotropics to individuals of different ethnic groups and informed about the various non-pharmacological approaches to treating dementia.

Dr Woods’ research suggests that an interdisciplinary team approach has the best chance of success, drawing on a variety of knowledge areas and offering an integrated intervention.

Conclusion
Overall, Dr Woods’ research highlights the need for additional interdisciplinary research into BSD, specifically within the Latino population. She asserts the importance of healthcare providers acquiring knowledge about traditional healing practices that many Hispanic/Latinos use and working with healers to achieve positive treatment outcomes. Dr Woods recommends that psychotropic medications are used with extreme caution due to the many negative side effects. As for non-pharmacological interventions, further research is needed so that current recommendations can be implemented.

How can we ensure that Latino populations are included in clinical research trials?

<> Ensuring may not be possible. Holding health fairs at churches and local community areas, indicating the importance for older Latino adults to be part of research studies that can improve health outcomes is a good start. 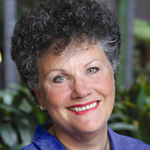 Dr Diana Lynn Woods PhD, RN, APRN-BC, FGSA, FAAN is an educator, nurse practitioner and researcher. Her work aims to develop and disseminate knowledge for the humanistic care of persons with dementia. For 25 years, her work has focused on those with Alzheimer’s Disease who exhibit behavioural symptoms of dementia (BSD), the contribution of genetics and stress, and nonpharmacological treatments.