More now perhaps than ever before, the world is focusing on immune health and sourcing ways to support health, including through dietary supplements. However, supplements are not held up to the same rigorous standards of efficacy as pharmaceutical products, nor are they permitted to use most of the additives currently used for controlled release in drug-delivery systems. Therefore, Dr Junichiro Wakamatsu, a section leader within the R&D division of Bizen Chemical Co., Japan, is pioneering award-winning food-grade controlled-release technology in the hope that, in future, consumers will have more confidence in the efficacy of the supplements they buy.

Besides the effects of the world-changing lockdowns, the SARS-CoV-2 pandemic suddenly brought the importance of health and wellbeing into sharp focus. With this renewed incentive to take better care of themselves, many people turned to dietary supplements – particularly those which claim to support the immune system.

It will come as no surprise, therefore, that in 2021, the global supplements market was worth USD 151.9 billion. Furthermore, it is expected to grow at an average of 8.9% a year between 2022 and 2030. With some studies indicating that nutrients such as hesperidin and rutin could help to inhibit the SARS-CoV-2 virus, healthcare organisations may want to explore the development of anti-COVID-19 supplements.

With more than a decade of experience in developing over-the-counter medications, Dr Junichiro Wakamatsu is now transferring his knowledge and skills to the dietary supplements market. He recognises that, unlike tightly regulated pharmaceutical products, dietary supplements do not always live up to their attention-grabbing health claims and marketing campaigns.

Double standards
The supplements market has been flooded with new products in recent years. People who buy these products rightly expect them to do what they claim to do and alleviate their health problems. However, many supplement producers and retailers make declarations as to their efficacy and use fancy advertising without enough scientific evidence to back up their claims. To counteract this problem, Wakamatsu seeks to develop reliable products based on real evidence.

The safety and efficacy of pharmaceutical products are equally required to be fortified by scientific evidence. However, in the case of food supplements, safety tends to be given priority over efficacy. Therefore, the food industry rarely conducts human trials to ascertain the actual effects of dietary supplements.

Unlike tightly regulated pharmaceutical products, dietary supplements do not always live up to their attention-grabbing health claims.

Controlled-release medications
When it comes to the method of delivery, tablets are easy to ingest and lock any unpleasant taste inside their coating, making them the most popular way to take medications in the world. They are also easy to transport and cost-effective for drug companies.

The pharmaceutical industry is permitted to use certain additives within their tablets, to control the release of medications. Reasons why controlled release may be desirable include strengthening the therapeutic effect of the medication, reducing side effects, and reducing the number of required daily ingestions.

Current drug-delivery systems use chemically synthesised polymers (synthetic substances made up of repeating subunits of large molecules). Permitted medication coating agents include methacrylic acid copolymers, hydroxypropyl methylcellulose phthalate, and ethyl cellulose. Coating the medication in such substances ensures that it makes it through the stomach without being broken down by the gastric acid and reaches the small intestine, where it can then be absorbed.

Similarly, the pharmaceutical industry uses substances such as carboxyvinyl polymer, polyvinylpyrrolidone, and hydroxypropyl methylcellulose (HPMC) to form matrix-like tablets that slow down the rate at which the tablet dissolves.

The food industry has made great efforts to find substances that could work to facilitate the slow release of dietary supplements due to the fact that active ingredients need to reach the intestine to be absorbed. Previously trialled substances include chitosan and xanthan gum for producing a matrix-like tablet, and xanthan gum and sodium alginate for protecting the tablet contents from being broken down in the stomach acid. However, these substances lack robust clinical evidence to support their use in supplements.

Slow-release system for supplements
Recognising the lack of an established food-grade gastrointestinal delivery system, Wakamatsu carried out extensive screening of foods and food additives to find the optimal combination, taking safety and cost into consideration. He eventually honed his research in on a combination of shellac and HPMC.

He chose HPMC as a substance to be added to the dietary supplement’s internal contents due to its properties for controlling the speed of disintegration of the tablet. While shellac had not previously been tested in humans for its ability to withstand the stomach acid and reach the small intestine intact, it was already a permitted food coating substance. Furthermore, it was already known to dissolve at a pH above 7.3.

In vitro experiments
Before carrying out human studies, Wakamatsu tested his food- and drug-delivery system in the lab. He coated all five tablets in shellac, sorbitol, and sucrose fatty acid ester. The contents of the five tablets were made up of varying proportions of maltitol, lactose, starch, HPMC, calcium stearate, and the colouring agent Allura red AC. He then placed them in two different liquids to simulate passage through the gastric acid (pH 1.2) followed by the gastrointestinal fluid (pH 6.8) in humans.

Wakamatsu prepared six individual tablets, which included barium sulphate, so that he could analyse how they dissolved in lab conditions.

Human studies
He then carried out two types of human studies to demonstrate the efficacy of his new food- and drug-delivery system. Firstly, the barium-containing tablets were given to three healthy male volunteers in their 20s, and X-rays were used to track their progress through the gastrointestinal tract.

In a second human trial, Wakamatsu incorporated glucose into the tablets to test their absorption in the upper gastrointestinal tract. This time, two females and nine males aged 26 to 58 were asked not to eat or drink from 9pm the previous day. They attached an automatic blood glucose monitor to themself during the night. They were then given one of three types of glucose-containing tablets between 6am and 8am the next morning, and their blood glucose levels were checked every 15 minutes for a duration of five hours.

Study findings
To work out the release mechanisms for the different tablet formations, Wakamatsu used the Korsmeyer–Peppas model. This is an equation that helps determine drug release from delivery systems that use polymers. All tablets bar one gradually swelled due to absorbing water, approximately doubling in size. Wakamatsu therefore determined that relaxation of the structure of the tablet was the main mechanism of release from his new food- and drug-delivery system.

While Wakamatsu found that his delivery system incorporating a shellac coating and HPMC content had an advantage over other food-grade controlled-release technologies, he acknowledged that it was not able to control release to the same degree as additives used in pharmaceutical products. However, the results from the blood glucose monitoring experiment did prove that Wakamatsu’s tablet system can control substance release within the gastrointestinal tract.

Future research
Wakamatsu recommends that further studies analysing compounds in the tablet-delivery system be carried out to determine therapeutic effects. This is because different compounds tend to have unique properties that affect how well they are absorbed. This might include how quickly and to what degree they dissolve in stomach acid and gastrointestinal fluid, the permeability of the gut lining, how big an area of membrane is available for absorption, and the effective dose of the substance being tested.

Wakamatsu suggests that if future studies prove successful, his technology could be used as both a food and drug delivery system. His technology has already been rolled out in Japan, named ‘Bizen Release-time Control’, where it will be given a technical award from the Japan Society for Bioscience, Biotechnology, and Agrochemistry this September. Wakamatsu now hopes to roll out the technology around the world, to help develop reliable dietary supplements based on real evidence.

How do you think your new delivery system will transform the dietary supplements market? How will it affect consumers and producers?

I think that supplement products will be gradually and clearly separated into two categories: products with proven efficacies and those without. Although products with this technology have a higher cost, they could give obvious health benefits to consumers. For producers, this may be a new chance to make efforts to improve their own products, or to consider new marketing strategies. I am confident that this technology will revive the dietary supplement market. 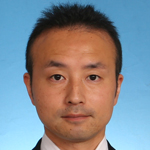 Junichiro Wakamatsu is a section leader at the R&D division of Bizen Chemical Co., LTD. He has ten years experience of developing OTC medicines in a pharmaceutical company and has a PhD in natural science from the Technical University of Munich. His research interests cover both analytical chemistry and formulation study for food or pharmaceutical products.