Physical Sciences
The nanotechnology revolution is fuelled by the versatility of nanomaterials. Changing a nanomaterial’s composition and structure alters its properties, rendering nanomaterials tailor-made for specific applications. Mathematical modelling guides researchers towards predicting desired behaviour prior to experimentation. Titus Masese of the National Institute of Advanced Industrial Science and Technology (AIST) and Godwill Kanyolo of the University of Electro-Communications (UEC), in Japan, have proposed a mathematical model to understand the diffusion behaviour of positive ions (cations) in honeycomb layered oxide materials, fostering their promise of application in fundamental and materials science.

Nanomaterials are materials which consist of single units between 1 and 100 nanometres. At this scale, quantum phenomena can take place, which in turn translates to remarkable material properties. These unique properties can be finely tuned through precise manipulation of a nanomaterial’s molecular composition and shape, so that nanomaterials can be tailor-made to display particularly useful chemical, electrochemical, optical and magnetic properties. This versatility and tuneability makes nanomaterials promising candidates for a number of different applications, and it has ultimately fuelled the nanotechnology revolution. Nanomaterials have now been used for various purposes in sectors such as energy, quantum computing, environment, telecommunications, healthcare and even food and textiles.

In order to create tailor-made nanomaterials that are suited for specific applications, researchers need to first understand how molecular composition, shape and arrangement affect the final properties displayed by a given nanomaterial. Once the connection between the intrinsic molecular characteristics of a material and its final properties are established, it is possible to purposefully control its manufacture, so that it displays the behaviour required for a specific application. This process can be done by trial-and-error: systematically making incremental changes to a nanomaterial’s composition and structure, and subsequently evaluating its properties with each alteration until the desired behaviour is reached. However, this is a time-consuming and expensive approach which could benefit immensely from a more predictive method to guide the experimental development of bespoke nanomaterials. One way to achieve this is by employing mathematical modelling frameworks. 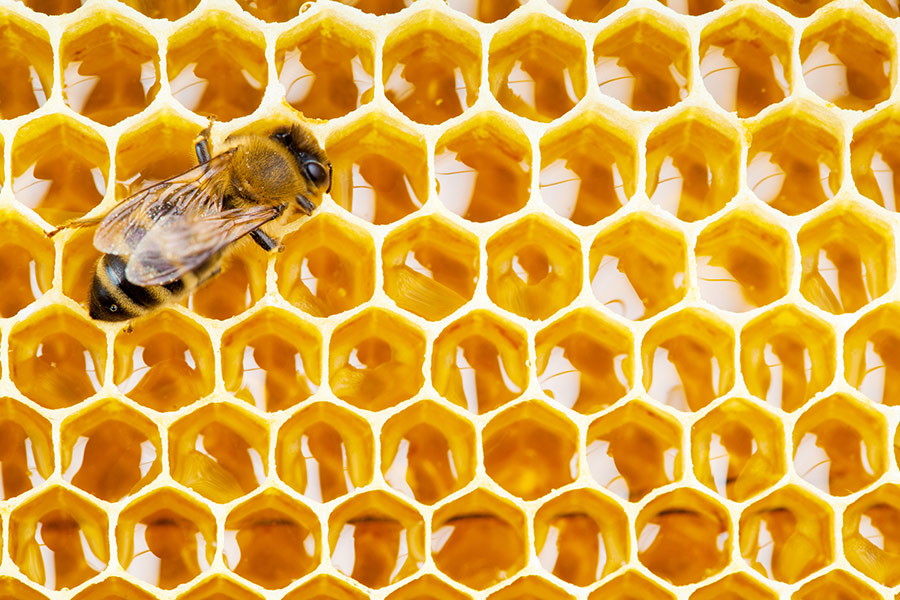 Honeycomb layered oxides
As indicated by their name, honeycomb layered oxides are organised in a honeycomb structure, with alkali cations – that is, positively charged metallic ions such as lithium (Li), sodium (Na) and potassium (K) – sandwiched between parallel slabs of transition metal oxides connected in a honeycomb fashion. Such layered frameworks have demonstrated properties that are useful for application in rechargeable battery systems. Honeycomb layered oxides, in particular, have functionalities that are suited to tuneable electrochemistry, superfast ionic conduction and electromagnetism. They are, therefore, interesting materials with several potential applications that have gathered much attention.

Their versatility and tuneability makes nanomaterials promising candidates for different applications, and has ultimately fuelled the nanotechnology revolution.

The properties of honeycomb layered oxides are sensitive to the stacking of the layers. For example, if the layers interact more strongly, so that they are stacked more closely, there is less spatial freedom for charged positive ions (cations) to travel through the material, and this will affect its final electrochemical properties. On the other hand, the size of the cations sandwiched between the layers will influence how closely stacked the layers can be. Whilst this example highlights how subtle structural considerations can be manipulated to tune the final properties of a material, the full picture is much more intricate. The structure of honeycomb layered oxides, and more importantly the nature of charge transport through these materials, is influenced by a much wider network of factors. Being able to understand and predict these factors, as well as understanding how they evolve as chemistry takes place, is essential in guiding researchers developing bespoke nanomaterials that are better-suited to specific applications.

Modelling honeycombs and travelling particles
Dr Titus Masese and Dr Godwill Kanyolo, affiliated to the National Institute of Advanced Industrial Science and Technology (AIST) and the University of Electro-Communications (UEC) respectively, in Japan, have developed and applied a mathematical framework to model the geometry (local structure) and topology (global structure) of honeycomb layered oxides. Specifically, Dr Masese and Dr Kanyolo modelled a class of honeycomb layered oxides of the form A2Ni2TeO6, where A is an alkali metal (such as Li, Na or K), Ni is nickel, Te is tellurium and O is oxygen. These materials are of particular interest due to their superior electrochemical and physical properties within the large family of honeycomb layered oxides.

Given that the interest in the honeycomb layered oxides studied by Dr Masese and Dr Kanyolo relates to their electrochemistry, the researchers focused on monitoring the material’s structure as electrochemical changes (related to movement of charged particles) took place. Their objective was to appropriately describe the mechanics of extraction and diffusion of cations of metal A (positively charged particles A+ i.e. Li+, Na+ or K+) from their original positions in the material’s lattice and along its layers. To achieve this, the model developed by Dr Masese and Dr Kanyolo links geometric properties to cation transport properties, such as charge density and cationic vacancies, that is, the empty spaces left behind after a cation is extracted from its original place within the lattice.

An intricate picture
Dr Masese and Dr Kanyolo’s complex model includes several parts that account for a number of different factors that affect both the structure of the material and the cations’ diffusion process. In simple terms, the theoretical framework developed by these researchers first models the structure of a single honeycomb layer, with other terms being introduced in order to simulate the application of voltage and/or of electromagnetic interactions. These stimuli induce the extraction and diffusion of the cations – that is to say, they ‘activate’ electrochemistry – leaving behind cationic vacancies in the material’s lattice. The results obtained from the theoretical model then reveal how the material’s structure responds and adapts to these empty spaces.

Dr Masese and Dr Kanyolo can conclusively connect the geometric quantities of honeycomb layered oxides to their thermodynamic quantities.

The researchers have referred to this structural response as the ‘Jenga mechanism’, in analogy to what happens in a game of Jenga: when the tower has all its pieces and there are no vacancies (no empty spaces), there is no deformation of the tower. Every time you remove a piece, however, the whole tower deforms and rearranges itself into a new structure (hopefully without falling apart in the process!). A similar mechanism can be imagined taking place in honeycomb layered oxides as their cations are electrochemically extracted from the lattice, with its whole structure rearranging to compensate for the now empty space.

However, the Jenga mechanism does not fully describe cationic transport in these materials, nor does it explain why the cations would be organised into a honeycomb pattern in the first place. It is only when thermodynamic quantities (related to cationic transport, for example) are related to geometric parameters through quantum mechanical concepts – as they are in Dr Masese and Dr Kanyolo’s model – that the honeycomb structure and cation diffusion across it are appropriately described. It is through including these thermodynamics parameters that it can be concluded that the honeycomb pattern is energetically favourable for these layered oxides due to what is known in mathematics as Hale’s honeycomb conjecture. This conjecture states that the honeycomb pattern is the most efficient tiling of a floor that guarantees the unit tile covers the largest area with the least perimeter. It is this geometric concept that explains the thermodynamic considerations for cationic transport in honeycomb layered oxides.

As such, the research team can conclusively connect, within their theoretical framework, the geometric quantities of honeycomb layered oxides to their thermodynamic quantities, which are related to their electrochemical properties. They can, therefore, model the connection between a nanomaterial’s structure and the properties it displays, providing an important first step towards modelling nanomaterial behaviour and thus guiding the development of bespoke nanomaterials.

Revealed connections
The model proposed by Dr Masese and Dr Kanyolo is clearly composed of many moving pieces, applying a varied range of interdisciplinary concepts, from applied mathematics, chemistry and physics, to link cationic transport to the geometry and topology of honeycomb layered oxides. This theoretical framework was able to unveil previously unreported connections between geometry, thermodynamics and quantum theory, as well as suggesting other connections between phenomena which should be explored. The work provides unprecedented insight into cation transport phenomena within honeycomb layered oxide frameworks and offers a way forward in modelling nanomaterial structure and function to guide further targeted innovation. 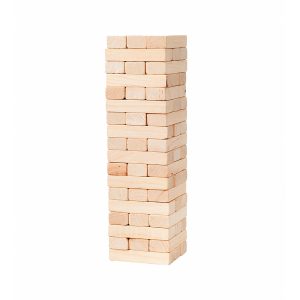 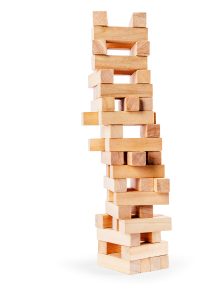 Jenga mechanism: The tower starts with no deformations and no vacancies. Every time a piece is removed, the tower rearranges itself into a new structure.

What other possible applications are there for the theoretical framework you developed?

<> The theoretical framework is expected to foster the deployment of these honeycomb layered materials in broad areas of scientific research and application, such as battery technologies, superconducting materials and in the fundamental sciences such as analogue systems of gravity.

How can your theoretical framework transform the field of nanomaterials?

<>For a long time, physics and mathematical concepts in condensed matter have found applications in the fundamental sciences such as general relativity (Einstein’s gravity) and vice versa. Of recent interest is the search for condensed matter systems (e.g. nanomaterials) that exhibit analogous behaviour to gravitation systems ranging from black holes to galaxies. Since the mathematical model links concepts such as geometry, thermodynamics and quantum theory in a self-consistent manner, the advancements made within nanomaterials using the model can be translated to deepening our understanding on gravity. This means that nanomaterials, such as the discussed class of honeycomb layered oxides, become prime candidates for analogue systems of gravity.

Maths and honeycombs: Searching for the materials of the future was last modified: May 21st, 2021

Titus Nyamwaro Masese is a senior scientist at AIST, Japan, where he has developed close affiliations with AIST-Kyoto University Chemical Energy Materials Open Innovation Laboratory (ChEM-OIL). He completed his postgraduate studies under the tutelage of Prof Yoshiharu Uchimoto and his undergraduate studies under Prof Haruyuki Inui at Kyoto University. 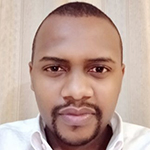 Godwill Mbiti Kanyolo is affiliated to the University of Electro-Communications (Tokyo, Japan). He completed his PhD, MS and BS degrees in Fundamental Science and Engineering at the University of Electro-Communications under the guidance of Prof Hiroshi Shimada and Prof Yoshinao Mizugaki. His current research pursuit involves theoretical and experimental studies on the interaction of the electromagnetic field with condensed matter systems.

Dr Masese and Dr Kanyolo research the geometric and thermodynamic quantities of a specific class of honeycomb layered oxides.

Both researchers are grateful for the unwavering support from their family members (Ishii Family, Sakaguchi Family and Masese Family; Ngumbi Family).