In May 1887, a magnitude (Mw) 7.5 earthquake rocked Sonora, Mexico. While the immediate effects impacted local communities, the event has become the world’s longest recorded normal-fault rupture in historic time. Professor Raúl Castro from the Department of Seismology at CICESE, Mexico, used a network of seismic monitoring equipment to uncover evidence that aftershocks from the 1887 event are still occurring today. Through determining the location and intensity of seismic energy radiation associated with more recent earthquakes, our understanding of tectonic stress build-up within long-lived fault systems is being improved – with implications for similar tectonic settings around the world.

The Mexican Basin and Range Province is littered with steeply inclined faults that create an area of east–west extension of the Earth’s crust. These normal (vertical) faults and half grabens (structures with a fault along one edge) are found throughout the crust in this region, with their formation beginning 23 million years ago. While much of the seismic activity within the region is associated with the widely known San Andreas fault system, at the boundary between the Pacific and North American plates, more frequent earthquakes in the area happen within tectonic plates, known as intraplate seismicity. These earthquakes occur following the build-up of stress between the locked plates at the plate boundary, with stress transferred through the crust creating swarms of intraplate faults that can slip, producing their own earthquakes. Throughout the Sierra Madre Occidental plateau in north-eastern Sonora, Mexico, north–south striking (oriented) faults have been discovered, responsible for some of the region’s most significant earthquakes.

Sonora’s 1887 earthquake
The sudden release of seismic energy on 3 May 1887 occurred along the Pitáycachi fault and cascaded through the Teras and Otates faults, causing a Mw 7.5 earthquake that is now considered to be the Basin and Range’s largest historical earthquake. The surface rupture was 101.8km long and slipped by up to 5.2m. However, despite such a large release of seismic energy at the time, the Earth’s crust has continued to move. The fault segments responsible for the 1887 events experience slip rates of 0.015 mm/year (Pitáycachi), 0.08 mm/year (Tera) and 0.06 mm/year (Otates), leading to many recent, localised earthquakes within the Mexican Basin and Range Province that can be attributed to this historical event.

Monitoring seismic energy
Professor Raúl Castro from the Department of Seismology at CICESE, Mexico, has collaborated with the Institute of Geology, National Autonomous University of Mexico, to establish a network of stations that monitor seismic activity in the area surrounding the epicentre of the 1887 earthquake. The RESNES (Red Sísmica del Noreste de Sonora) network was installed in 2002 and operated until 2011, providing researchers with the opportunity to study the earthquakes within the Mexican Basin and Range Province in greater detail.

The RESNES network recorded acceleration and velocity ground motion, and the arrival times of body waves (those that travel through the Earth) for local and regional events that occurred near to the 1887 rupture. Castro and collaborators used the data collected for these small to moderate earthquakes to estimate the amount of seismic energy radiated as shear waves (body waves that move through rocks perpendicular to the direction of wave movement) for earthquakes that have occurred since the 1887 event. Through estimating the amount of seismic energy radiated by these earthquakes, they could identify areas where seismic energy appears to concentrate, how this energy changes as seismic waves are attenuated (getting smaller with distance from the epicentre), and improve scientific understanding of the rupture process.

The sudden release of seismic energy on 3 May 1887 caused a Mw 7.5 earthquake now considered to be the Basin and Range’s largest historical earthquake.

Long-lasting aftershocks
The earthquakes detected by RESNES are considered to be aftershocks of the 1887 Sonora earthquake. In general, the aftershocks recorded during the study period were of Mw 0.5 to 3.5, occurring at depths less than 40km within the crust and at distances between 10 and 140km from the 1887 epicentre. These aftershocks were concentrated along the original fault segment and beyond its southern extent, suggesting that the Mw 7.5 Sonora earthquake has caused increased strain to build up within the crust, therefore providing an explanation for the large number of aftershocks that continue to occur within the Mexican Basin and Range Province. It is also likely that the low rate of crustal deformation and subsequent slow reloading of faults with stress adds to the longevity of aftershocks in the region.

Some larger earthquakes in more recent history have also been attributed to the main earthquake. On 26 May 1907, a Mw 5.2 aftershock occurred between the Pitáycachi and Teras fault segments. This earthquake was caused by the build-up of Coulomb stress within these rupture segments, a consequence of the seismic energy from the previous earthquake not completely dissipating and instead moving the stress further along the fault, creating a prime target for an aftershock. In fact, a large earthquake can cause such an increase in Coulomb stress and strain within the surrounding crust that aftershocks can occur for thousands of years after the main earthquake.

Elsewhere, approximately 40 to 50km south of the 1887 rupture, a swarm of faults fall within the epicentral regions of two earthquakes that occurred in Granados–Huásabas, Sonora, on 17 May 1913 (Mw 5) and 18 December 1923 (Mw 5.7). Even though decades passed between these earthquakes, Castro and colleagues are confident that these events are linked by stress-loading along the same fault segments. It is important to remember that though these are considered aftershocks, they still caused considerable damage to local infrastructure, including the town hall, school, and prison in Huásabas, highlighting the power of understanding the region’s fault system for preparing populations for future earthquakes.

At the southern end of the fault, earthquakes have high radiation of seismic energy, enhanced by the occurrence of stepovers between the Teras and Otates faults, which therefore increases the ease by which strain is transferred along neighbouring fault segments. Castro attributes this area of high tectonic stress to a geological feature, where the strike of the fault system changes from north–south to northwest–southeast.

However, looking at the Mexican Basin and Range Province more broadly, Castro has also been able to estimate the apparent stress within the fault segments. Apparent stress varies between 0.5×10-3 and 1.85 MPa, with an average value of 0.0521 MPa, which is lower than the global average. This correlates with the fact that extensional tectonic settings often have low seismic energy radiation, with long-lived, infrequent slips along vertical faults until the fault eventually reaches equilibrium.

Looking into the future
The Pitáycachi, Teras, and Otates faults continue to move. As the Pitáycachi fault is slipping at a slower rate than the other segments, it means that the fault is more strongly locked, leading to a greater stress drop, and therefore a larger earthquake when the fault eventually ruptures. Thankfully, the recurrence rate of 1887-sized events is low, with estimates of future slips on the Pitáycachi fault every 100,000 to 200,000 years, while movement on the Teras and Otates faults are likely to occur every 15,000 to 26,000 and 30,000 to 42,000 years respectively.

Castro’s study of seismic activity surrounding the 1887 Sonora rupture shows that intraplate fault settings are complex and can remain active for many years following the initial earthquake. The large magnitude of the 1887 event, combined with the low slip rates of fault segments and long recurrence times between earthquakes, mean that aftershocks are likely to continue. Given enough time, the stress release will allow parts of the fault to become seismically inactive, allowing populations to live in greater safety.

How can understanding the seismic energy radiation from aftershocks of the 1887 earthquake help communities to better prepare for future earthquakes?

The spatial distribution of seismic energy radiated by aftershocks of the 1887 Sonora earthquake gives important information about the earthquake cycle. In particular, it permits to identify zones where stress is accumulating and can generate a future earthquake. This information is useful to evaluate seismic hazard and helps communities to prepare by improving construction codes and also helps governmental authorities for taking proper decisions when necessary. 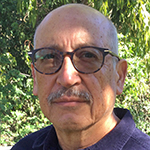 Raúl R Castro is a research seismologist and professor at the Department of Seismology, CICESE in Ensenada, Baja California, Mexico. He received his PhD at the University of Nevada, Reno, and his earlier degrees from the University of California, San Diego and the National Autonomous University of Mexico (UNAM). His research interests include strong ground motion, earthquake-source studies, seismic attenuation, and site effects.

Dr Castro analyses seismic activity in the Mexican Basin and Range Province after the 1887 Sonora earthquake.

This research was funded by the Mexican National Council for Science and Technology (CONACYT), grant CB2017-2018-A1-S-37179.