Earth & Environment
Quantitively predicting earthquakes and tsunamis is a long-standing goal for seismological research. The behaviour of earthquake ruptures is not fully understood, and the differences between shallow and deep earthquakes often lead to underpredictions of tsunamis as a secondary hazard. Dr Valentí Sallarès and Dr César R. Ranero of the Institute of Marine Sciences, CSIC, in Spain have developed a new model that improves knowledge of earthquake rupture behaviour based on their depth within the crust. With an improved understanding of the characteristics of earthquakes, better prediction of tsunamis is possible.

Earthquakes are one of the most destructive and yet unpredictable natural hazards on Earth. They frequently lead to equally unpredictable and damaging secondary hazards, such as landslides and tsunamis, which regularly hamper relief efforts for affected communities. Ranging from near-undetectable rumbles along minor fault lines to violent shaking leading to widespread damage as tectonic plates shift, earthquakes are an everyday reminder that the Earth is a geologically active planet.

The exact behaviour of earthquakes is an ongoing topic of research for seismologists within geophysics. Dr Valentí Sallarès and Dr César R. Ranero work at the Institute of Marine Sciences in Spain and are particularly interested in the behaviour of subduction zone earthquakes, which are the most destructive ones and the most prone to generating tsunamis. They hope that by understanding them in more detail, we can work towards being able to predict when they may occur and whether they will cause secondary hazards, so that local communities may have some warning.

What is an earthquake?
The outermost surface of the Earth is made up of a brittle crust layer, broken into numerous pieces, that rests on the upper layer of the mantle. Together, geologists refer to this as the lithosphere. Beneath this lies the asthenosphere, the next layer of the mantle where the rock is almost at melting point. The lithosphere moves slowly over the top of this weaker asthenosphere layer, carrying the tectonic plates across the surface of the Earth. Scientists have learned much about the crust and inner structure of the Earth through seismology, studying how seismic waves from earthquakes and other natural and artificial sources propagate through the different layers and across the Earth’s surface.

The tectonic plates all move in different directions across the Earth, scraping past each other, pulling apart or colliding with such force that whole new mountain ranges rise up from the crumpling pressures created by collisions over millions of years. These are plate boundaries, and it is here that we experience the majority of natural earthquakes on Earth.

Earthquakes are generated when there is a sudden release of energy that has been built up as two tectonic plates scrape against each other. The edges of the plates are not smooth, and they often lock together for a period of time. The so-called strain energy is stored until the stress accumulated at the plate boundary is sufficient enough to overcome the block. This causes the large amount of strain energy to suddenly be released, creating seismic waves that travel through the rocks along the Earth’s surface as well as down towards the Earth’s core for hundreds of kilometres. It is these seismic waves that cause the shaking on the Earth’s surface that we experience as an earthquake.

Earthquakes and tsunamis
The rupture point, or hypocentre, of an earthquake may be shallow, just a few kilometres below the Earth’s surface, or it may be hundreds of kilometres deep. The point directly above the rupture on the Earth’s surface is known as the epicentre, and it is commonly close to this point that the most intense shaking from the seismic waves is felt.

The location of the plate boundary and the type of sudden movement is most often what controls the power of the earthquake and the types of secondary hazard that may be seen at the Earth’s surface. Subduction zones, where one plate is slowly sliding underneath another, see the strongest earthquakes. Oceanic lithospheric plates are generally made of higher density basalt rock that will subduct beneath continental lithospheric crust. The contact between the two plates is a massive thrust fault, stretching for hundreds of kilometres. The inter-plate earthquakes that occur along these fault lines are the strongest on Earth, sometimes over magnitude 9.0, and are known as megathrust earthquakes. As these subduction zones occur beneath the ocean, the shifting tectonic plates and large earthquakes will frequently trigger tsunamis, as large volumes of water are displaced as the crust shifts.

Complex earthquake mechanics
Earthquake rupture behaviour is extremely complex and has been a matter of ongoing research for many years. The large megathrust earthquakes occur within a specific zone of the thrust fault that makes up the subduction zone at a convergent plate boundary. This is the seismogenic zone and usually stretches between approximately 5 km and up to 50 km depth beneath the Earth’s surface.

The large earthquakes that occur at a shallow depth frequently result in tsunamis. These are quite different from the earthquakes that occur deeper within the Earth’s crust. They can last longer, radiate different types of energies and cause a large amount of slip (rock movement) along the fault, which leads to deformation of the ocean floor and a subsequent tsunami. However, they commonly cause only a moderate amount of ground shaking compared to deeper earthquakes, and so the likelihood of a near-surface earthquake causing a tsunami (tsunamigenic potential) is often underpredicted. Currently there is no model which can explain or predict all these differences in earthquake behaviour, although most suggest that complex fault behaviour could be due to differences in geology between fault systems and the depth of the rupture.

With an improved understanding of earthquake rupture behaviour, it becomes possible to better predict which megathrust earthquakes will generate a tsunami.

The team compiled a series of seismic tomography models which mapped how seismic waves propagated through different subduction zones around the world, particularly focusing on the overriding crustal plate and the location of the inter-plate boundary. They used these to estimate the elastic properties of the rocks, discovering that crustal rocks become more rigid with increasing depth following a systematic trend. This explains some of the key differences in behaviour between shallow and deep earthquakes. Deeper earthquakes do not last as long, show smaller displacement at the fault plane, but usually cause a higher intensity of shaking.

Their model stands on the fact that most of the deformation of the rock and the stress released during an earthquake occurs in the overriding plate in a subduction zone, with the plate that is subducting remaining relatively passive. This indicates that in order to explain the behaviour of a megathrust earthquake, seismologists must look at the elastic rock properties of the overlying plate as the dominant control in earthquake rupture behaviour. The new model can accurately predict features of an earthquake such as the duration of the rupture, how quickly it may propagate along a fault and the intensity of shaking based on the depth of the rupture within the crust.

Improved tsunami prediction
With an improved understanding of earthquake rupture behaviour and prediction of some of their key characteristics, it becomes possible to better predict which megathrust earthquakes are more likely to generate a tsunami. Dr Sallarès and Dr Ranero have already shown that previously unexplained large tsunamis can be explained through application of their model. This new model can quantitively predict key characteristics of an earthquake based on the depth the rupture occurs in the crust. Accurate estimation of this is vital for predicting the likelihood of a tsunami with more precision and avoids the underprediction of tsunamis that are associated with shallower earthquakes. Better forecasting of tsunami risk along with early warning protocols are hugely important for the safety of coastal communities that are most at risk from tsunamis.

What will be the next steps in your research now that you have shown it is possible to quantitively predict earthquake behaviour?

<> Our work shows that the contrasting behaviour of shallow and deep earthquakes reflects variations of the elastic properties of the rocks undergoing deformation during the rupture. However, our model uses average physical properties to explain global trends of source characteristics rather than individual examples. These results suggest the existence of a causal relationship between earthquake rupture characteristics and the spatial distribution of rock properties throughout the earthquake’s rupture zone and yet, this has never been proven for any individual event. The next step is therefore to demonstrate that our model also allows reproducing the source properties of individual tsunamigenic events, and that, in turn, it improves tsunami impact predictions. 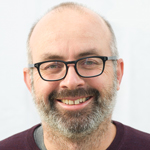 Valentí Sallarès holds a PhD in Physics from the University of Barcelona (1999) and works as Research Scientist at the Institute of Marine Sciences (ICM)-CSIC since 2005. He studies the internal structure of the Earth to better understanding geodynamic processes, particularly earthquakes and tsunamis. 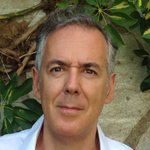 César R. Ranero holds a PhD in Geology (Barcelona, 1993). After 13 years at Geomar (Kiel, Germany), he joined ICREA in 2005 and works as Research Professor at the Institute of Marine Sciences (CSIC, Barcelona). His research interest is on marine geosciences with a focus on tectonics and natural hazards.

Dr Sallarès and Dr Ranero present a new conceptual model that allows them to improve predictions of the earthquake’s tsunamigenic potential.