Preschool children have a remarkable ability to embrace and express the dimensions of different languages beyond their socially and politically defined boundaries – this is called translanguaging. It’s especially encouraging for immigrant children in a foreign country and at a time when Europe’s racial and ethnic profile is shifting. Dr Gabrijela Aleksić at the University of Luxembourg and her colleagues designed a programme to help teachers leverage children’s translanguaging skills. What they witnessed should alarm educators.

Preschool children have an extraordinary capacity to learn and use different languages. They have their own linguistic repertoire which allows them to move fluidly between different languages. They also don’t limit language use to purely verbal expression – they embrace the gestural, musical, and visual cues associated with languages to make sense of the world around them. This ‘translanguaging’ is not simply multilingualism; it is the use of language that transcends concerns of socially and politically defined boundaries – hence the prefix ‘trans’. That preschool children have the capacity to translanguage is especially encouraging when those children are immigrants developing an identity in a new home country. Educators of children at that age therefore have an opportunity to cultivate translanguaging. However, creating translanguaging spaces in classrooms is not easy. One researcher in multilingualism and early childhood education in Luxembourg has discovered that even after courses to help teachers do so, those teachers resort to raciolinguistic ideologies that can dampen learning.

Dr Gabrijela Aleksić is a research scientist at the Department of Behavioural and Cognitive Sciences at the University of Luxembourg. She is particularly interested in how immigrant preschool children use language and learn in their new home countries. It is an important area of research in this small, landlocked European country. Luxembourg has a high percentage of immigrants. It also has a trilingual education system – children at preschool are taught in Luxembourgish, the national language, then to read and write in German; French is the language of instruction from third grade. Because preschool children have a natural affinity to absorb different languages, preschool immigrants in Luxembourg are likely to find it easy to learn the national language by translanguaging and therefore embracing a Luxembourg ‘identity’. However, Aleksić has found that teachers can deny them this by unintentionally reinforcing their immigrant status.

A moment of significance

In 2017, Luxembourg passed a policy supporting multilingual early education to encourage the development of the growing number of immigrant children in the country. Aleksić was part of a team that designed a project to develop translanguaging pedagogical practices among preschool teachers. The professional development project was also intended to advance the understanding of translanguaging theory; it was thus design-based research. To qualify for the training, teachers had to teach classes where at least 60% of the children were multilingual. Forty teachers from different Luxembourg preschools were exposed to 17 hours of training in translanguaging over six months. Topics included multilingualism and the classroom, home–school collaboration, the multilingual brain, the importance of oracy and early literacy, and translanguaging pedagogical practices.

The teachers seemed uncomfortable with the fact that translanguaging disrupts language hierarchies.

After these sessions, the teachers had to design a lesson using such a practice. They were also asked to video record the lesson, which the others would watch and provide feedback. This was important because it meant that at the time of the recording, the teachers were confident they were implementing a translanguaging design in their lesson. In one such session, Aleksić and her colleagues witnessed what they called ‘a moment of significance’.

In the session in question, three white Luxembourgian female teachers, each with more than ten years of working experience, asked their class of mainly multilingual preschoolers to each select a card with the flag representing the language used in their home. Three of them, two of Portuguese background (Rodrigo and Helena) and one from Serbia (Nikola), selected the Luxembourg flag. The teachers, however, insisted that the three children did not speak Luxembourgish at home and ‘corrected’ them by pointing towards the Portuguese and Serbian flags. This was despite the children insisting they spoke Luxembourgish with their families, and the teachers had never been to the children’s homes. It was a significant moment in the research because, despite all the training, the teachers had missed the whole point of the project.

When language means privilege and power

Translanguaging theory believes that a named language is more than something spoken by an individual, which is an internal perspective of language. It has an external perspective, too: language is also a socio-political construct with ideologies and associations of privilege and power. This is especially important in multilingual settings, such as a country where one ethnic or social group is in the majority and holds political power or where immigrants are trying to build a future in a country with a different language. Now imagine such a multilingual setting within a classroom where there is already a power differential between teacher and student.

Critically, underpinning translanguaging pedagogy is the belief that languages exist beyond the geographical confines of countries and the notions of nationhood. And this is where the teachers in the video-recorded lesson made a significant mistake. They believed language is associated with a flag – with nationhood. By correcting the immigrant children who pointed to the Luxembourg flag to show Luxembourgish was part of their ‘language’, the teachers refused to recognise them as part of Luxembourg. The teachers’ message to the children was that they could not be Luxembourgers if they were of Portuguese or Serbian background. The researchers observed that the teachers seemed uncomfortable with the fact that translanguaging disrupts language hierarchies.

The effect on children

What was particularly telling for Aleksić and her colleagues watching the lesson video was the children’s responses. They seemed confused when they were told their choice of flag was incorrect. They even challenged the teachers’ suggestions they didn’t speak Luxembourgish with their parents. When the teachers insisted they couldn’t be Luxembourgers because they would have to speak a ‘native’ language different to Luxembourgish for their parents to understand them, the children appeared crestfallen.

What Aleksić and her colleagues witnessed should alarm educators, especially in countries with growing immigrant populations.

According to Aleksić, the truth for these teachers was not what exists for the children but what is shaped by their own raciolinguistic ideologies. Their refusal to accept the children’s concept of language was not only counter to the central tenets of translanguaging pedagogy but a clear case of linguistic shaming and raciolinguistic microaggression.

What Aleksić and her colleagues witnessed should alarm educators, especially in countries with growing immigrant populations. It shows how, within an arguably liberal country, raciolinguistic notions of power and nationalistic concepts of belonging can still pervade educators who are supposedly sensitive to multilingual settings, and despite their receiving targeted professional development. This is not surprising. According to Aleksić, translanguaging pedagogical practices go against the grain of the homogenising goal of nation states and their schools, and require thinking differently about acknowledging alternative sources of knowledge and knowledge-making; inertia is therefore inevitable, even if it is unintentional.

However, a change in educational practice is necessary. Over the last 20 years, Europe’s racial and ethnic profile has shifted dramatically. Hundreds of thousands of people have migrated from Africa, the Middle East, and Eastern Europe into Western Europe, looking for a better life. Many of those are young children not only eager to engage with their exciting surroundings but endowed with the innocent, untarnished capacity to create linguistic repertoires and make sense of their complex and interrelated worlds. These children can assimilate quickly and develop the confidence to make their mark in their new home. All they need are teachers who will respect and leverage the fluidity of their translanguaging and are willing to amplify their stories, imagination, and actions to help them grow.

What do you think is the biggest challenge to developing translanguaging pedagogical practices among preschool teachers?


I think the biggest challenge is the teachers’ attitudes towards children’s linguistic repertoires as well as the beliefs that if children do not express themselves in the language of the classroom, they do not know anything. It is the ‘deficit’ belief that often prevails. In our projects, we often see that the teachers are surprised when we, for example, test children in early literacy and numeracy in their own language and find they actually do have conceptual knowledge. It is also teachers’ beliefs that immigrant children should be immersed in the national language as soon as possible and that if they allow children to express themselves in their own languages, this will hinder the development of Luxembourgish. It is very difficult to change teachers’ negative attitudes.
Misunderstanding translanguaging in preschoolers was last modified: February 6th, 2023 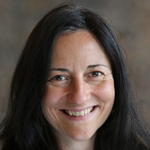