Biology
Mitonucleons are a newly recognised type of mitochondrial superstructure. Consisting of multiple mitochondria enveloping chromatin, mitonucleons appear to be responsible for the development of unusual structures called spheroids. Dr Honoree Fleming of Castleton State College, Vermont, USA, has identified mitonucleons in human endometrial cells in vitro. Using microscopy, Dr Fleming has also observed mysterious structures called tubules, which appear to allow material, including mitonucleons, to move between cells. This work could have important implications for many aspects of cell biology, including cancer research.

It might seem that some things in science are so well-known that there must be little left about them to discover. Take mitochondria, for example. These rod-shaped organelles, the power generators of the cell, were first observed by microscope in the late 19th century. Since then, they have been intricately and comprehensively investigated by cellular biologists. However, recent work demonstrated what scientists have always known: there is always more to discover.

Previous research – some of it dating back over a century – has proven the existence of mitochondrial superstructures. These objects are formed when mitochondria, which are just 0.5 microns in length, fuse to form much larger structures of five microns or more. For example, one type of mitochondrial formation, called nebenkern, was first discovered in grasshopper sperm. During the formation of nebenkern, mitochondria wrap around each other to create a giant spherical structure that is intimately involved in the elongation of the spermatid tail. 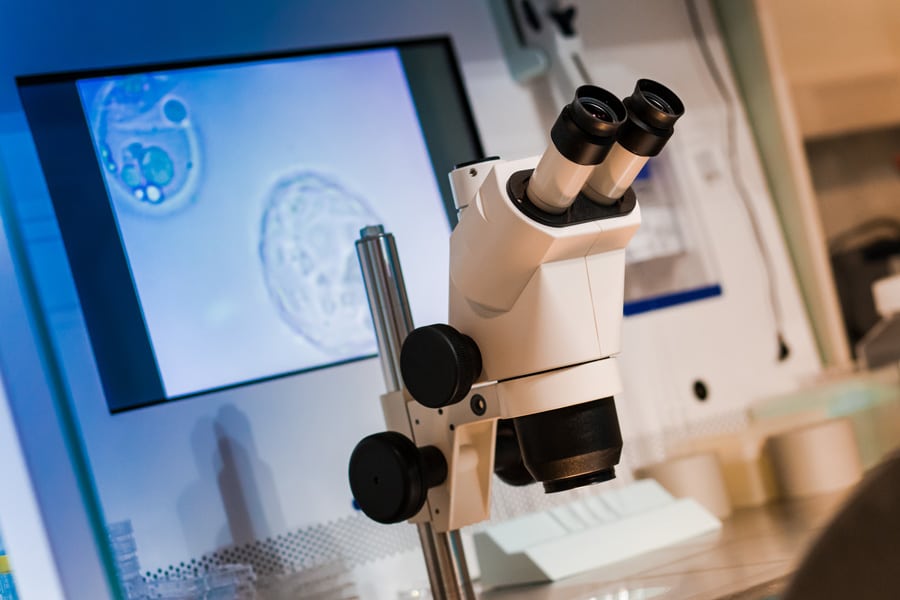 Mitonucleons: a mitochondrial superstructure
Dr Honoree Fleming, a biochemist and cell biologist, has been studying cell lines in vitro for more than 30 years. In recent years, she has turned her attention to steroid hormone-dependent differentiation in human endometrial cells (the type of cell that lines the uterus). During the differentiation process – when cells become specialised, taking on particular cell types with specific roles – mitochondrial superstructures appear to be an essential part of the differentiation process.

Dr Fleming uses the term “mitonucleons” to describe the mitochondrial superstructures that form during endometrial cell differentiation. This name is apt because the structures involve multiple fused mitochondria enveloping chromatin, genetic material that is normally found in the nucleus of cells.

Mitonucleons form in the first few hours of a 24 to 30-hour differentiation process that results in the formation of fluid-enclosing multicellular hemispheres or domes. The appearance of vacuoles – pockets or spaces – inside the mitonucleon can be detected approximately halfway through the process. Eventually, the entire centre of the mitonucleon appears to be occupied by a gas-filled vacuole whose origins must result from the release of gases during metabolism, an ongoing process in cells.

What happens next to domes is both unexpected and intriguing. Over a period of weeks, some clones of Ishikawa cells (selected for their enhanced dome-forming properties) can proliferate to form three-dimensional gland-like structures that appear to be reaching out into the surrounding medium and are capable of secreting materials into the cavity of the dome. Dr Fleming believes this to be an in vitro simulation of changes that take place during the menstrual cycle as numerous glands are formed in preparation for the implantation of a fertilised egg.

From the mitonucleon to the spheroid
When she started research on dome/gland differentiation of human endometrial epithelia, Dr Fleming was one of a small number of scientists studying differentiation of cultured human cells in vitro. In fact, she may have been the only scientist investigating endometrial cell differentiation despite its proven prodigious and essential capacity for that activity in vivo, in response to oestrogen and progestagen hormones.

Dr Fleming observed biotin-containing mitochondrial enzymes, indicated by a bright red stain, in a spherical mass surrounding the blue stain of a nuclear chromatin mass. This provided the first indication that a hybrid mitochondrial-nuclear organelle was essential for the process that converts the undifferentiated monolayer cells into cells that interact with each other to proliferate out into the medium in gland-like structures.

As happens in the process of discovery, Dr Fleming began to realise that mitonucleons could also be observed in single cells in monolayer cultures. As she discovered, the presence of a mitonucleon within a polyploid cell results in its detachment from neighbouring cells and ultimately from the petri dish itself. Once again a gas vacuole forms at the centre of the mitonucleon ultimately leading to the formation of a unicellular floating spheroid. This is a single enlarged spherical cell in which the contents of the cell, such as the nuclei, are compressed between the outer membrane of the mitonucleon and the inner membrane of the cell in what amounts to a “rim” of cytoplasm. The resulting structure is a unicellular hollow spheroid.

The expansion of the gas vacuole in the mitonucleon exerts pressure on the cell contents. Where the gas is coming from, however, remains a mystery. Cells normally generate CO2 by any one of a number of metabolic pathways. Under normal circumstances, carbon dioxide is expected to diffuse freely out of the cell. It is possible, however, that there is something about the structure of the mitonucleon that greatly slows down the passage of carbon dioxide.

The unicellular hollow spheroid generated in a polyploid cell by the expansion of the mitonucleon is itself “transitional.” Under some circumstances, the free-floating spheroid will re-join the monolayer releasing gaseous bubbles as it reattaches to the petri dish some distance away from where it was generated. In that eventuality, the mitonucleon has contributed to the migration of cells that will eventually lead to their confluence. Or, the giant nuclei in the cytoplasmic rim of the hollow spheroid can give rise amitotically to multiple cells filling the cytoplasmic rim and creating the more commonly observed multicellular hollow spheroid.

Dr Fleming suspects that single-celled hollow spheroids have mostly escaped notice because they are transitional structures and finding them usually requires looking up into the medium above a monolayer. As opposed to the process of gland formation, the process of spheroid formation interests many more research and clinical scientists because of accumulating evidence that cancer cells from spheroids are more tumorigenic than parent monolayer cells.

As mitonucleons can generate hollow spheroids, Dr Fleming believes that they are capable of acting as a ‘cellular trojan horse’.

Dr Fleming ultimately discovered that mitonucleons can pass into, or can form in, tubules leading from spheroids to cells outside of the spheroid. Since tubules carrying mitochondria and/or nuclei between cells have been described, it is perhaps not surprising to find that a transient structure containing mitochondria specifically associated with chromatin can also be exported across significant distances from one cell to another. That mobility, together with the capacity of spheroids to generate multiple cells, makes the mitonucleon something of a “cellular trojan horse” under certain circumstances.

Most recently, Dr Fleming has discovered that clustered single-celled hollow spheroids form from clusters of cells all containing mitonucleons. Such clusters seem to have more “staying power” in cultures and appear capable of forming the kinds of membrane tubules that could be invasive if “lodged” in lymph nodes. As she points out in her most recent paper, enough has been discovered about mitonucleons and the “beehive” structures that can be formed to suggest that they constitute one form of the invasive structures responsible for cancer metastases.

Cutting-edge, controversial, or both?
This specific research area is currently somewhat controversial. As yet, there is no clear agreement on the function or purpose of cell-to-cell tubules, such as those identified in endometrial cells by Dr Fleming. However, these structures are attracting increasing research interest. It is also important to note that some of Dr Fleming’s papers on this topic as described here have been published as preprints still to be submitted for peer review and the evidence so far accumulated is based solely on microscopy. Nevertheless, the wealth of new information surely offers a route towards intriguing new avenues of study, which could have important implications for high-profile areas of research such as cancer biology.

Do you have any plans to look for mitonucleons in other types of cell?

<> I hope other scientists will do so, particularly in tumorous tissues excised from humans or in ascites fluid from patients with metastatic cancers. Possible first steps involve using procedures that do not destroy hollow spheroid structures (all of my work suggests that hollow spheroids are delicate) and staining for endogenous biotin. Meanwhile, I continue to study mitonucleons in human endometrial cells, looking for more evidence for what gases might fill the structures.

Mitonucleons: A new chapter in the story of mitochondria? was last modified: April 15th, 2020 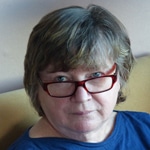 Doctoral studies at the University of Chicago led to Honoree Fleming’s life-long interest in cell differentiation. Methods to study human endometrial epithelial cell differentiation into gland-like structures in vitro resulted in papers and preprints on a mitochondrial-chromatin superstructure, the mitonucleon, involved in that process as well as others, including hollow spheroid formation.

I am grateful to have worked with brilliant and motivated undergraduate students at Middlebury and Trinity Colleges.