Health & Medicine
One aspect of successful drug development is efficient delivery to affected organs. Most drugs are taken by mouth, travel to the intestines, are absorbed into the bloodstream, and circulated to organs of interest. However, a class of potent drugs known as peptides cannot withstand this abrasive route and are directly injected into veins, under the skin, or into muscles. Injections are invasive, and most patients prefer to avoid them, sometimes leading to a delay in their peptide treatment. Professor David Brayden at University College Dublin uses nanotechnology to engineer ways for peptides to be safely and effectively taken by mouth.

Spurred by the industrial revolution in the 1800s and economic growth in Europe and the Americas, modern medicine progressed rapidly to help eradicate serious diseases. 20th-century scientists have now pioneered prescription drugs and vaccines that have saved millions of lives around the world. Today, over 20,000 drugs are available by prescription. Medication is a daily habit for a large portion of the population. We rely on it to treat diseases and improve our health.

All routes to Rome
For a prescription drug to be effective, it must reach the affected cells within the body and interact with its target. To do so, it must enter the bloodstream and travel towards the cells of interest or be administered near the affected cells. Therefore, some drugs are directly inserted into the bloodstream by intravenous (IV) injection. Others are injected into the muscle, under the skin (subcutaneous), or the space around the spinal cord and are absorbed by surrounding cells. Some drugs are also placed under the tongue (sublingual), between the gums and cheeks (buccal), inside the rectum, vagina, eye, or ear, sprayed into the nose, breathed into the lungs through the mouse or nose, or applied to the skin. The route of administration depends on the affected organ, and the type of drug.

Most prescription drugs are administered by mouth (orally), usually as tablets or capsules. This method is pain-free, safe, easy to remember as a daily routine, and can be used for various types of medications. Once drugs are taken by mouth, they reach the stomach and from there enter the intestines. They then enter the bloodstream by transporting through mucus and across the gut wall. This means that they slowly diffuse through the lipids composing the cell surface of epithelial cells, the type of cells lining the food side of our intestines. The amount of drug entering the bloodstream ends up being a small fraction of what is taken by mouth (bioavailability). The loss in drug reaching the blood from a tablet is due to a combination of low permeability across the gut wall and metabolism, i.e., the breakdown of drugs in the liver or intestines by enzymes. In addition, drugs administered orally must withstand the low acidic stomach pH, thick mucus, and other secretions of the gastrointestinal tract.

Oral delivery of peptides will help patients avoid inconvenient injections, encourage better adherence to therapy, and will help them to opt for these molecules earlier in their disease.

Specificity is key
Small molecule drugs, i.e., drugs of approximately 1 nm in size that are manufactured by chemical synthesis, are the most prescribed medications and they are typically delivered orally. They can inhibit a protein that functions abnormally and is causing a disease. Small molecules are easy to manufacture reproducibly. However, they are often not very selective and can inhibit additional proteins to those that they are designed to target. This can lead to unwanted side-effects.

Another group of drugs, known as peptides, have excellent specificity to their target proteins. Peptides are smaller versions of proteins. Very often, therapeutic intervention by peptides mimics a natural process in the cells by replacing a hormone or enzyme whose levels are abnormally diminished inside cells. Thanks to this property, peptide drugs are also safe and effective.

The use of peptides as therapeutics was introduced in the 1920s, when insulin was manufactured as a drug for type I diabetes. Since then, they have constituted life-saving 20th century medicines. Over 60 peptide drugs are approved for safe use in humans. Examples include insulin and exenatide for diabetes, Abarelix and Degarelix for prostate cancer, and Bortezomib and Carfilzomib for multiple myeloma. Several others are in clinical trials. It is anticipated that approved peptide medications will steadily increase in coming years.

Roadblock for peptides
Peptides are particularly susceptible to breakdown by first-pass metabolism. They also tend to be too large to be absorbed through the intestine wall. If administered orally, the amount of peptide passing through to the blood would be negligible. Therefore, over 95% of peptides are delivered by IV or subcutaneous injection. Unfortunately, most patients find injections painful and time-consuming and would avoid them if they could.

Oral tablet versions of peptides
Scientists have attempted to solve this problem by enclosing peptides within capsules to protect them from low pH and to deliver them to the right part of the intestine. They can also add specific inhibitors to block break-down by enzymes, such as peptidases or pH modifiers. Peptidase enzyme inhibitors are often combined in the same capsule with agents that facilitate permeability across the gut, known as chemical permeation enhancers (PEs). This combination of agents protects against enzymes, overcomes mucus and low pH, while PEs can be released at the same time as peptides in the intestine when they are present in enteric-coated tablets or capsules. The most commonly used PE agents are salcaprozate sodium (SNAC) and sodium caprate (C10). They have both been tested in clinical trials and SNAC is present a in recently marketed tablet of the peptide, semaglutide, yielding a bioavailability of 1 %. The effects of these PEs on epithelial cells lining the intestine walls have been investigated for over three decades. What is still lacking is our knowledge of exactly how these PE agents work.

As Professor of Advanced Drug Delivery, Dr David Brayden at University College Dublin has devoted significant resources into identifying the methods of action of PEs. He and his team first studied the two agents over 20 years ago. C10 is known to act by disrupting the surface of epithelial cells and opening tunnels that connect adjacent cells (known as tight junctions) to facilitate peptide crossing. On the other hand, SNAC is thought to increase passive transport of peptides across epithelial cells by changing peptide solubility. SNAC is also thought to reduce levels of acid in the stomach in the immediate region around the semaglutide tablet, and to inhibit stomach enzymes (e.g., pepsin) that would break it down.

Overall, nanotechnology can enable peptides to gain at least some access to the bloodstream by the oral route.

Both PE agents are considered safe, but they are yet to be studied for periods longer than six months. Prof Brayden’s team performed their own experiments to confirm that C10 and SNAC are not toxic to cultured gut cells, except at very high doses that would never be used in the clinic. At close examination, both agents made the cell membrane more permeable, but also altered the flow of calcium ions in and out of cells and disturbed metabolism. According to Prof Brayden, C10 is more potent than SNAC but their efficacy is similar. Nevertheless, in his hands, both agents acted with several features suggesting some common mechanisms relating to detergent action. Both PEs only marginally increased absorption of peptides from the gut into the bloodstream, however that may be enough for some candidates since peptides can be very potent drugs. The lack of biological reasons to prefer one PE agent over another, points to assessing how easily they can be synthesised and manufactured with peptides in tablets, as well as taking into account commercial aspects before being used in the clinic.

Big solutions from tiny particles
Most current solutions for creating oral tablet versions of peptides are therefore based on using PEs. A more effective option might be the use of nanoparticles. These are materials whose size ranges from 1 to 1,000 nanometres. That is a billionth of a meter, or 10,000-times smaller than the thickness of a single hair. Nanoparticles have a wide range of uses, from transparent sunscreens to food packaging. Their small size also makes them ideal for penetrating mucus and accessing the gut wall to deliver peptides to the bloodstream. But they are still under development for this function, and not widely tested in clinical trials.

Prof Brayden’s team are dedicated to developing a new type of nanoparticle for oral peptide delivery to help patients avoid injection pain, begin therapy earlier in their disease, and better adhere to their dosing instructions. The researcher’s nanoparticles are coated with common silica which successfully encapsulates insulin in the core, delivering higher amounts from the gut to the bloodstream. The nanoparticles did not cross the gut wall, but shielded insulin until it was safely delivered close enough to the wall, allowing it to be absorbed through with the help of other components in the particle. The manufacturing process for these nanoparticles is reproducible and scalable to quantities needed for the clinic. This work represents a new type of nanoparticle, with many advantages over its predecessors. Notably, the Irish team expects that their research will have additional practical applications, such as local delivery of medication to arthritic joints.

Overall, nanotechnology can enable peptides to gain at least some access to the bloodstream by the oral route. It holds the potential to increase the rate of progress towards treatment of patients with new and existing drugs, having a major impact on human health. 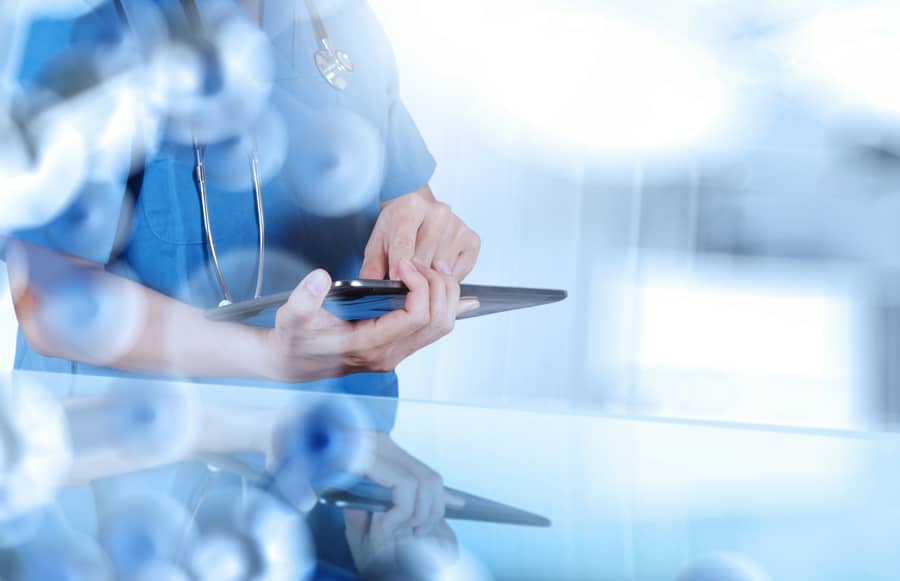 How soon do you anticipate silica-coated nanoparticles will be used in the clinic to deliver therapeutic peptides?

<>A programme to test the nanoparticles entrapping a candidate peptide in standard capsules that can be dosed to large animals, including pigs, would be the next milestone. Since all the materials in the particle have a history of use in humans, the toxicology testing should be relatively straightforward. A target of reaching a first-in-human Phase I trial in 3-4 years with a candidate peptide would be reasonable if sufficient partnering can be achieved. 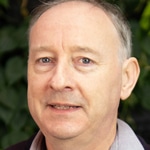 David Brayden is Full Professor of Advanced Drug Delivery at the School of Veterinary Medicine, University College Dublin (UCD), and a Senior Fellow of the UCD Conway Institute. He is a pharmacologist and spent 10 years as a senior scientist at Elan Pharmaceuticals. He is the author/co-author of more than 200 research publications in drug delivery, and is a co-lead Principal Investigator in the SFI CURAM Centre for Medical Devices. He is a Fellow of the Controlled Release Society and the American Association of Pharmaceutical Scientists.

David Brayden’s research explores ways to improve oral peptide delivery, including the use of nanoparticles. 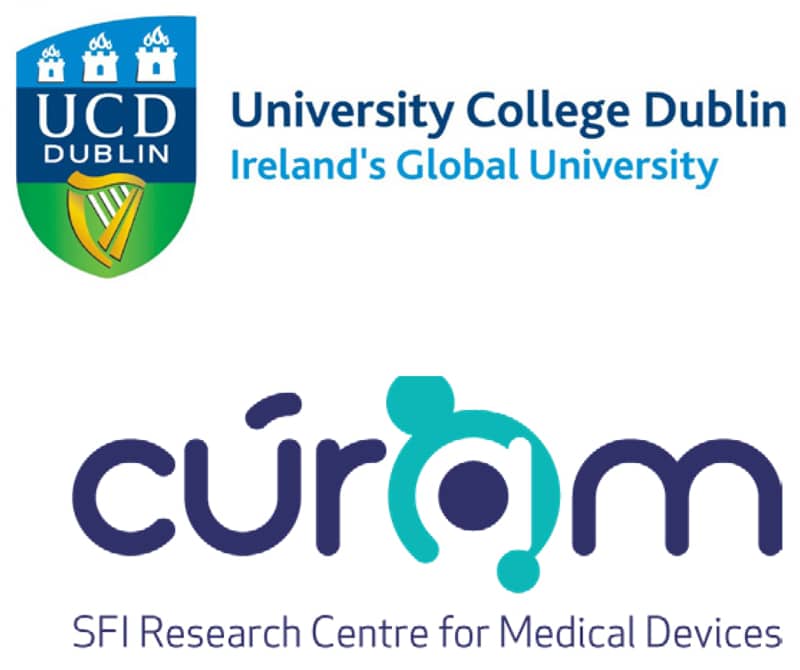