Biology
30 years ago Matthias Wilm laid the scientific foundation for a methodology which today facilitates the synthesis and self-assembly of lipid membranes with proteins, granting insight into a complexity that has evolved over a million years of membrane protein evolution. From a biomedical to an environmental context, the use of molecular beams promises radical changes to how scientists solve problems and carry out investigations into the lipid membrane’s surprising properties.

Nano-Electrospray technology
The underlying technology for the synthesis of large biological membranes was developed between 1988 and 1989 by Matthias Wilm in a physics laboratory concentrating on the analysis of inorganic surfaces. Surface phenomena such as adhesion, friction, corrosion, adsorption, wettability and biocompatibility depend on the precise composition of the upper molecular layers. To answer the key-question in this field: “What is the nature, concentration, and location of all atomic and molecular species present in the surface region?” posed by Benninghoven et al., his laboratory developed specialised machines called Secondary Ion Mass Spectrometers. These machines are capable of revealing the molecular make-up of the top molecular layer of any solid surface. 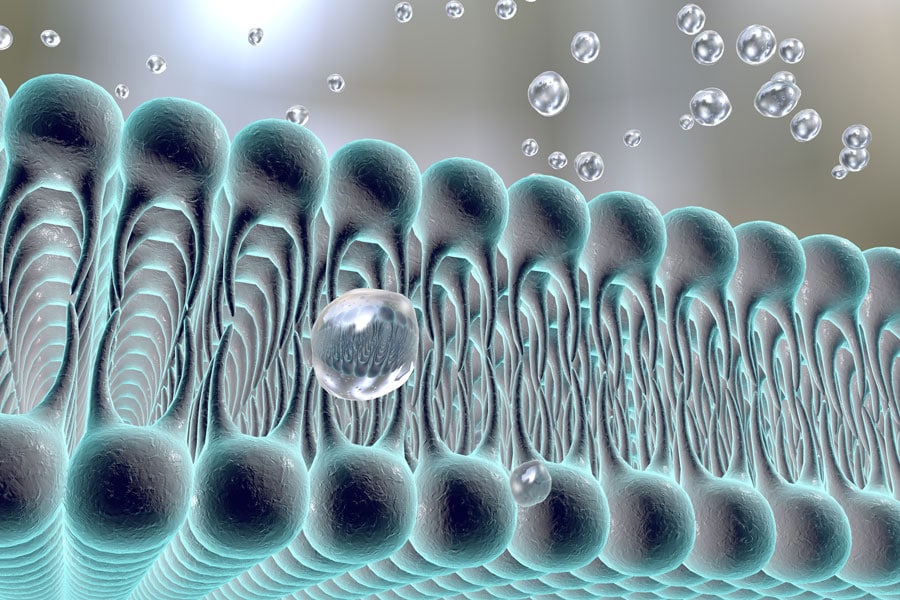 In this context, in 1988, Matthias Wilm built an electrospray device that could distribute a solution of organic molecules evenly over a surface, and succeeded in providing a mathematical description of the process. His description demonstrated that when the flow rate was sufficiently small, organic molecules on the surface formed a single molecular layer. The droplets produced by this electrospray device were so small, they contained an average of only one organic molecule. At the time, this gave weight to the theory that the nano-electrospray could produce stable ions of unlimited mass when directed towards the vacuum of a mass spectrometer. The transfer of these tiny droplets from atmosphere to vacuum causes the solvent to evaporate and the organic molecules are cooled down, much like when the alcohol in perfume evaporates on skin, and by this stabilised.

The nano-electrospray generates membranes that are huge, containing thousands of proteins.

This solved the problems associated with vaporising and ionising proteins and peptides. In this case by passing the analyte through a needle kept at high electrical potential, the solution disperses into a mist of small highly charged droplets containing protein molecules. The droplets evaporate rapidly and by a process of field desorption or residual solvent evaporation release protonated protein molecules into the gas phase.

In recent years, nano-electrospray has been used to generate from gas phase and under atmospheric conditions, at the molecular level, designed layers that allow self-assembly into lipid membranes including proteins. This approach is very similar to the synthesis of crystalline structures of small molecules by molecular beams in vacuum called molecular beam epitaxy. A prominent example of the latter are graphene layers, single layers of carbon crystals with very promising electronic properties. For both materials (the graphene and the lipid membranes including proteins) methods to manufacture them on a larger scale are in high demand. The nano-electrospray based approach seems to have solved this problem for the biological membranes. As a molecular beam device for all proteins, it makes no explicit use of any particular protein property and is generally applicable – opening up many possibilities. This allows the study of membrane proteins in both synthetic and controlled in vitro systems (within the test tube). As Professor Wilm explains: “The promise is a scaleable method that opens the doors to a new kind of soft-matter technology that gives access to membrane protein properties whose evolution took place over millions of years. I think these nano-electrospray generated bioactive membranes are the biochemists’ “graphene”. As much as the physisists modify the electronic properties of graphene layers by incorporating elements other than carbon, the biochemist can shape the biochemical properties of these artificial membranes by incorporating different proteins.”

Self-assembling bioactive membranes: problems and possibilities
One use of self-assembled membranes containing proteins is the study of the three dimensional atomic structure of the proteins. Traditionally, there are three methods to reveal their structure, two of them requiring 2D or 3D crystals of the membrane proteins. Since it is very difficult, time- and material-consuming to generate crystals, the third method is currently the method of choice: cry-electron microscopy. Membrane patches containing the proteins are rapidly frozen and electron-microscopic images are taken from the now unmoving proteins. With enough pictures a computer programme can reconstruct the three-dimensional shape of the protein molecule. This is similar to the 3D reconstruction of artistic sculptures in a computer after laser scanning only that the molecule is much smaller and more complicated. Thousands of images have to be combined for the three-dimensional reconstruction. The nano-electrospray generated membranes are huge, and contain thousands of proteins. Hence, a single preparation can be sufficient to acquire enough images. This can currently only be achieved with dozens if not hundreds of individual preparations.

The function of membrane proteins can be studied in synthetic, controlled in vitro systems. The electrospray method is scaleable, making these membranes available for sensor development employing integral receptor membrane proteins. The current technique used for this purpose is called tethered bimolecular lipid membranes (tBLMs). Here, a lipid layer is fixed to a solid support by coupling certain chemical structures within membrane proteins to a surface. With this method, it has been demonstrated that bilayers with a specific electrical resistance of more than 10 MΩcm2 can be generated routinely. However, the receptor protein must contain chemical groups which can be anchored to the surface. In addition, the restriction of its free mobility can inhibit its function. All this is no longer required because the membrane can be generated without support on a liquid surface using nano-electrospray and then transferred in a more flexible way to a technical device, for instance by carrying it on a thin grid without chemical fixation, in a similar way as leaves are fished out of an outdoor swimming pool in autumn.

With low-flow electrospray, droplets can be produced that are so small they contain only one protein molecule.

The functionality of such lipid membranes is assessed by dedicated experiments. A lipid-like molecule called valinomycin binds potassium (K+) ions and facilitates their transport across the lipid bilayer. This can be tested by simultaneously incorporating the H+ channel protein M2 into the membrane. When K+ ions cross the membrane at sites where valinomycin is present, H+ current fluctuations can be measured over the channel protein M2. The migration of K+ ions affects the H+ transport since both ions carry the same charge and withstand accumulation on the same site of the membrane.

This work is only a simple example that biological membranes constitute their own chemical environment. How much more can be achieved after we have gained free choice of the membrane composition and size, as made possible through the nano-electrospray based membrane synthesis? This is what Matthias Wilm means when he speaks of the arrival of a new soft-matter technology which takes advantage of the properties of highly evolved membrane proteins.

What was the most difficult aspect of developing this technology?

<>The most difficult aspect of this research was to follow my ideas over long periods of time in an atmosphere where nobody else believed that my work made any sense. For this you must have a strong sense of independence and self-confidence.

More practically, there were two major hurdles. The first, in 1988, was to complete all the calculations which finally led to the nano-electrospray construction. The calculations showed that with low-flow electrospray, droplets can be produced that are so small they contain only one protein molecule. This essentially converts the stream of droplets into a beam of molecules.

The second hurdle was to find the exact conditions under which biological membranes containing membrane proteins would self-assemble. The challenge was to integrate the proteins. This was essentially an empirical process and required hundreds of experiments. 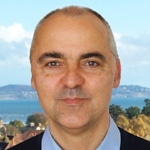 Matthias Wilm studied Mathematics, Physics and Medicine at WWU, Münster, Germany, before completing his Medical Doctorate in 1991. He then completed his PhD in Physics at the European Molecular Biology Laboratory (EMBL, Heidelberg). He completed his post doc at EMBL and became the Proteomics group leader in 1998. He currently holds position of Professor at Bioanalytics, Conway Institute, University College Dublin, Ireland.