Health & Medicine
Professor Tereza Cristina Cardoso, São Paulo State University, is a qualified veterinarian and her research explores infectious diseases in animals. Her latest work investigates how infectious bronchitis virus affects energy production by macrophage cells. Her research demonstrates that this occurs through disruption of mitochondrial respiration processes, which may have implications for how virus infections in poultry are prevented and treated.

Infectious bronchitis virus (IBV) belongs to a family of viruses called coronaviruses, so called because of their crown shaped structure. IBV is well known for causing respiratory diseases in poultry, such as infectious bronchitis, and is highly contagious, spreading easily between the many birds in a flock. It is a huge economic burden for farmers, in addition to the welfare problems for the birds and the potential risk to food security. IBV has been reported to be responsible for more economic losses to the UK poultry industry than any other infectious disease.

There is much that we still do not fully understand about the mechanisms used by birds to defend themselves from IBV. This is in part due to differences in the immune cells found in mammalian and avian lungs.

One of these differences includes the absence of lymph nodes in avian lungs, meaning that some types of immune cells have to migrate from elsewhere in the body as they are not produced locally. Macrophages are one such immune cell. Their main role in the immune system is to act as a phagocytic cell, a cell which is responsible for detecting, engulfing and destroying dangerous threats, such as virus-infected cells or bacteria.

Meet the macrophage
Macrophages represent the link between the natural immune response and competent immune cells. Macrophages play a key role in protecting against respiratory diseases, such as IBV in poultry and the COVID-19 coronavirus outbreak in humans in 2020. Some viruses use macrophages to hide from the immune system, to propagate and generate new virus particles, and even to spread new virus particles around the body. Although we know that macrophage numbers are elevated in the respiratory tract of IBV-infected poultry, the involvement of macrophages in IBV infection remains unknown. This is particularly striking considering that the macrophage is one of the cells targeted by IBV for viral replication.

Apoptosis is one of the primary mechanisms used by the body to combat viral infections. By inducing cell death, infected cells and the virus particles with the cells are eliminated. Apoptosis can be triggered in two ways: intrinsic and extrinsic pathways. Activation of the extrinsic pathway depends on a number of external factors, such as chemicals called cytokines, toxins or activation of cell death receptors on the surface of cells. In contrast, the intrinsic pathway is triggered by cell stress and induced by viral proteins, DNA damage, or damage caused by dangerous free radical molecules.

All these factors lead to activation of molecules on the surface of organelles called mitochondria. Mitochondria are most well known as the power houses of the cell as they play a vital role in cell metabolism. In addition, they are directly implicated in cell responses to viral infection and can participate in early anti-viral responses through changes in their metabolism. One example of this is the impact that viral proteins can have on the apoptotic abilities of mitochondrial cells, as virus particles are able to interfere with cell survival and cell death pathways.

IBV has been reported to be responsible for more economic losses to the UK poultry industry than any other
infectious disease.

The study
The aim of a recent study by Prof Tereza Cristina Cardoso, São Paulo State University was to investigate whether macrophages infected with a specific strain of IBV showed altered mitochondrial function at different time points following infection. Understanding more about how the virus works provides potential insights into development of novel therapeutics.

The research team investigated whether the infected cells showed signs of mitochondrial dysfunction, which would have a subsequent impact on cell survival, at 24-, 48- and 72-hours post infection. In order to measure mitochondrial dysfunction, the team looked at apoptosis, changes in the mitochondrial membrane in the infected cells, and reactive oxygen species. Reactive oxygen species are a type of unstable molecule that easily react with other molecules in a cell. They are produced during metabolic reactions within mitochondria but also produced in excessive amounts at times of stress and the accumulation of these unstable molecules can cause damage to the body.

Experimental methods
The study done by Prof Cardoso and colleagues used several different experimental techniques to investigate the impact that IBV infection has on macrophages.

The researchers grew a type of avian macrophage cell in the laboratory and infected them with a strain of IBV. Once infected, the researchers looked for changes in the cells that would indicate that they had been successfully infected. One example of this is a method which uses antibodies against IBV. If the antibodies bind to IBV, this can be detected using a fluorescent dye and a specialist microscope. To evaluate apoptosis and production of reactive oxygen species, Prof Cardoso used a method called flow cytometry to identify cells which were alive, dying or dead. Finally, the team measured changes in the mitochondrial membrane and changes in mitochondrial respiration and oxygen consumption.

During viral infection, the function of macrophages may be compromised, impacting upon the ability of the immune system to fight off infection.

Results
The study showed that the rate of cell proliferation decreased following IBV infection, with only a small number of living cells still proliferating 72-hours after being infected. This went hand in hand with an increase in viral load over the same time period.

Further results from Prof Cardoso`s study suggest that IBV infection disrupts the process which produces energy within the mitochondria, a process called oxidative phosphorylation. In disrupting this energy-converting stage, the virus is able to transform the mitochondria from its normal role as the energy producing powerhouse of macrophages into cells which will undergo early apoptosis when they become infected.

The researchers noticed that after IBV infection, the macrophages failed to reach a certain stage in their respiratory pathway. This led the team to identify the exact stage in the mitochondrial respiratory process which was affected by viral infection. They also noted that IBV infected macrophages could induce production of reactive oxygen species, supporting the idea that viral replication may contribute to disruption of the same stage of respiration as was identified earlier in the study.

During viral infection, the functionality of macrophages may be compromised, impacting upon the ability of the immune system to fight off infection. In commercial livestock production, there is always a careful balance between the cost of rearing livestock and the financial gain the farmers receive on selling their animals. This is particularly true in poultry, where a viral infection which causes the immune system to be supressed could leave the flock more susceptible to other infections and therefore lead to severe morbidity and mortality of animals, resulting in significant economic repercussions for the farmer.

Conclusions
When coronaviruses, such as IBV, infect macrophages, one mechanism they use to survive and replicate is to consume energy that would usually be used by the cell itself. At this time, the powerhouse of the cell, the mitochondria, is extremely important. The balance between cell life and death depends on whether mitochondrial dysfunction occurs when the virus gets inside the cell. Prof Cardoso demonstrated that coronaviruses are able to use macrophages to produce more virus particles, and that they also hijack the cell’s energy production thus interfering with the cellular respiration process. These findings improve our understanding of the ways in which acute respiratory disorders can be caused by viral infection and may shed light on novel ways to potentially target viral infection of macrophages, helping to protect or treat respiratory viral infections, whether this be in birds or humans. One such example of this would be the development of a vaccine which could be used to protect poultry against IBV infection.

Now that you know more about how IBV infection affects macrophages, what will your next research project focus on?

<> The main problem of IBV infection is its tropism for tracheal epithelium, which causes an inflammatory reaction and mucous production. In the near future we aim to associate the cilia in the trachea epithelium caused by IBV infection with the severe host inflammatory response and associated failure of the mitochondria respiratory chain. 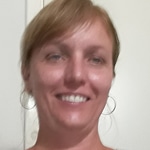