Science education must adapt to new ways of thinking about how humans interact with the material world. That is the view of Catherine Milne, professor of science education at New York University in the US. In a new book, Dr Milne and co-authors argue that identification of the current human-centric ‘Anthropocene’ geological epoch, together with the many natural disasters the world has recently experienced, question the validity of post-Enlightenment models of science education. They argue that such models fail to equip students with the thinking needed to solve the complex environmental problems the world faces.

From climate change and species’ decline to mass pollution events, devastating floods, and global pandemic, natural disasters are occurring with increasing frequency. What do such events tell us about humanity’s relationship with the environment?

In a new book, Reimagining Science Education in the Anthropocene, Catherine Milne, professor of science education at New York University in the US, and her co-authors – Colin Hennessy Elliott, Adam Devitt and Kathryn Scantlebury – argue that the world is dynamic. In order to comprehend and begin to resolve environmental challenges, we need to understand the complex relationships between all actors – both living and non-living – rather than seeing non-human agents as objects that need to be controlled. We need to understand the complex web of human and natural interactions that result in such disasters, and recognise that humans are not exceptional and that nature also wields agency. Perhaps even to insist upon the binarised distinction between human and nature is to fall into the very trap that has legitimised our hubris and licensed our desecration of the planet.

Milne and her co-authors explore these ideas through the example of the 2014 water pollution crisis in the city of Flint in America’s rust belt. They argue that such crises suggest science education must adopt a new approach if citizens are to understand fully the environmental challenges we face, and if our education system is to produce the scientists, legislators, and policy officials to deal with them.

Theoretical background
Milne and her co-authors situate their argument against a separation of the human and material world within a body of thinking that has developed from the work of chemist Paul Crutzen and biologist Eugene Stoermer. In 2000 Crutzen and Stoermer proposed that the world had entered a new geological epoch, the ‘Anthropocene’. Derived from the Greek anthropo, meaning ‘man’, and cene meaning ‘new’, the name was chosen to reflect the impact that human activity is now having on the earth and its resources.

Milne’s scholarship is also informed by the theories of ‘material feminism’ and ‘new materialism’ which are emerging across the humanities, social sciences and cultural fields. Proposed by thinkers such as the feminist theorist Karen Barad, new materialism rejects traditional, deterministic Cartesian models of science, which regard the physical world as a passive set of static and unchanging systems. Instead, it argues that matter is dynamic and has agency, and is engaged in a complex process of action and interaction with humans and other species.

Many people only become aware of matter when it impinges upon human existence, for example in the form of natural disasters.

As Milne and her co-authors explain, many people only become aware of matter when it impinges upon human existence, for example in the form of natural disasters. In this she acknowledges the work of geographer Sarah Whatmore, who has developed the concept of the ‘more-than-human’ natural world that becomes ‘molten’ and from time-to-time ‘leaks into everyday experiences’.

Milne and her co-authors use the example of the Flint water crisis to illustrate both the complex series of inter-related events that can lead to natural disasters, and the degree of disturbance and harm that can be caused.

Flint water crisis
Flint, in the state of Michigan, was once a thriving city. General Motors was founded there in 1908, but by the mid 20th century the car manufacturer had closed most of its factories, and half the population had left. Life was economically challenging for the remaining residents; declining tax revenues led city officials to cut expenditure on infrastructure, including water supply.

In spring 2014 a contract was signed with a new, cheaper water company, but pending construction of a supply pipeline, water was taken from the Flint River and a defunct treatment plant was brought back into use to process it. Residents soon complained that the water was discoloured, odorous, and unpleasant to drink, but it was 18 months before officials publicly accepted there was a problem. By this time thousands of residents had suffered, some from E. coli poisoning or Legionnaires’ disease, as well as other illnesses. They had also been exposed to lead poisoning, which is known to impair children’s brain development. Many people also reported losing their hair or developing skin rashes.

The chemistry of what happened is complex. However, the starting point was the proliferation of lead water pipes in the city. The previous water company had added chemicals to the water to create a phosphate ‘liner’ inside the pipes which prevented lead from dissolving into the water. Flint’s officials failed to add the chemical and as a result, the pipes’ protective phosphate layer began to degrade, allowing lead to leach into the supply in toxic quantities.

In 2014 residents were told to boil water because it contained high levels of bacteria. To control this, and because Flint River water was naturally higher in bacteria than the previous supply, higher levels of chlorine than is usual were added to the water as a disinfectant. The effect of this was to create high levels of organic molecules known as trihalomethanes. These are known to lead to severe health problems, especially in reproductive health. High chlorine levels are also linked to metal corrosion and as a result General Motors stopped using Flint water in its remaining plants.

Despite these concerns, in early 2015 officials continued to tell residents the water was safe. It was only when stories about high lead levels in children started to hit the media that testing was carried out. Tests revealed that in some households lead levels were up to 900 times the recommended amount.

In response to a storm of protests, in October 2015 city officials reinstated the original water supply company. The following January, Michigan’s state governor declared a state of emergency and President Obama signed an emergency declaration and ordered federal aid for the city. One of the worst public health crises in recent memory, the Flint water crisis resulted in at least 12 deaths, and thousands of the city’s 81,000 residents also suffered health problems. In 2021 a federal judge approved a $626 million settlement for victims.

Lessons to be learned
Milne and her co-authors argue that Flint is a classic example of how natural disasters arise because of a number of interconnected factors. In Flint’s case, these include officials’ failure to understand both the instability of the water utility’s infrastructure, and the chemistry of the dissolved sub-microscopic particles flowing through it. Officials also failed to take residents’ concerns seriously. As the majority were African-Americans living in deprived communities, this left officials open to the charge of overt environmental racism.

We need to transform what science education looks like for both developing scientists and everyday citizens.

Officials took matter for granted, as well as people. The authors explain: ‘If instead of prioritising management efficiency and fiscal prudence, which in the end had untold environmental, human and fiscal consequences, Flint city officials and scientists had acknowledged the role played by ions, water, pipes, residents, and human bodies as an inclusive system of water functioning and delivery, their decisions may have resulted in a more ethical, holistic approach to providing drinking and washing water.’

Milne and her co-authors argue further that the Flint water crisis shows that we need new ways of thinking about the way humans interact with the material world. We also need to acknowledge that nature and matter are dynamic entities with equal, if not superior, power to humans. She explains: ‘We argue that an alternative strategy, which considers the vibrancy of matter and its effects in the material and human entanglements that create such events, would create a more holistic and ethical approach to such events.’

Going forward
The Flint water crisis illustrates in microcosm the complexity of humans’ relationship with matter. The science behind the chemical reactions that led to the pollution crisis is only part of the story. As the authors explain, it also takes ‘a broad understanding of history, racism, classism, politics, and geography to appreciate what was pouring through the taps of residents of the Flint community’.

Such crises are opportunities for humans to reconfigure our relationship with the material world. However, science education must change if we are to seize those opportunities by understanding the complexity of the relationships between humans and the natural world. The researchers comment: ‘Instead of just building ‘hands-on’ science pedagogies, science education and education in general should be building pedagogies that critically engage in material agencies’ intra-actions and the political nature of knowledge together.’

Milne and her colleagues conclude: ‘We are living in a new epoch, the Anthropocene, where nature and culture are inherently entangled – yet, science and current visions of science education fail to engage with this worldview. Rather than constructing Flint and other examples as emergencies or crises that need to be solved, in a worldview where nature and culture are entangled, education would explore the dynamic nature of these events and the intra-actions of all elements. We need to transform what science education looks like for both developing scientists and everyday citizens.’

How would you define ‘science’ as a subject to be taught in schools and colleges in the new model of science education you propose?

We need to start by acknowledging that what is real, what we can know, and our ethical responsibilities are entangled. The science that is taught needs to be informed by this idea, which means that the science students learn needs to be connected with their experiences with the material (living and non-living) world. To paraphrase Karen Barad, we do this by starting with phenomena that are observed and measured, the practices. Too often in modern science the human is isolated from the material world, leading to a taught science where the contributions of the material world are ignored to great loss from an educational perspective. Science education, and all education for that matter, needs to be taken slow, to foster engagement with the everyday.

To give you an example, I quote Donna Haraway from her book, When Species Meet: ‘I love the fact that human genomes can be found in only about 10 percent of all the cells that occupy the mundane space I call my body; the other 90 percent of the cells are filled with the genomes of bacteria, fungi, protists, and such, some of which play in a symphony necessary to my being alive at all[.]’ (p3). 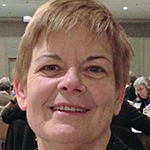 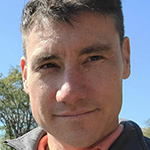 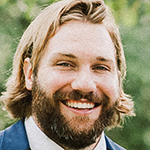 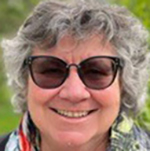 Time for a new approach to severe traumatic brain injury and stroke: Developments in automated, real-time monitoring of brain stem function
Health & Medicine
Read This Article
What media arts can teach us about technology and its use
Engineering & Technology
Read This Article