Behavioural Sciences
With new drugs being approved and released every year, Dr Yun Jie, Assistant Professor of Marketing at the School of Business, Sun Yat-sen University China, in collaboration with Professor Ye Li from the School of Business at The University of California, Riverside, have investigated the effect of launch time on consumer choice. Using a series of studies, Dr Jie has consistently discovered that consumers value the perceived safety of older drugs more than any potential improvement of efficacy in new drugs, despite being told there is no difference.

There are many small, seemingly inconsequential factors which affect our decision making. This is true for all aspects of life, including which pharmaceutical drugs we will choose to buy to alleviate our ailments. The pharmaceutical business is extremely lucrative, and much research has gone into deciphering what aspects of a drug consumers will find appealing. For example, is a capsule or a tablet seen to be more effective? Which colours are associated with safety? Does the size of the drug make a difference? Does the price sway a person’s choice? In case you were wondering, larger capsules of a higher price and presented in a red packet appear to be the most appealing option.

Dr Yun Jie from the School of Business, Sun Yat-sen University, China has investigated this with interesting findings. His prior work identified a mere newness bias among people. That is, all else equal, human beings prefer options with a more recent time label. He used clever designs to show the effect. In one study, he asked participants to bet between coin results of a fair coin tossed yesterday versus two days ago. If their chosen coin turned out heads, they would win an extra bonus. Despite the same chance of turning out heads (50%), most participants (between 70% and 80%) chose the newer option. In another study, he tried to resell identical unscratched lottery tickets to the participants. Some tickets were purchased earlier and some were purchased more recently. Despite the same chance of winning a prize, participants’ willingness to pay, for instance, was 38.4% higher for a ticket purchased this week versus 20 weeks ago. When it comes to the medical domain, how would consumers respond to different time labels?

Indeed, very little research has gone into investigating the effect of chronological cues of drugs. To put it simply, if two drugs are exactly the same and differ only when they were approved for use, does this so called ‘launch time’ affect a person’s decision? Imagine you are in a pharmacy looking at pain relief medications. Does the standard (cheaper) medication inspire feelings of confidence in the tried and tested drug or, does the flashy, new (expensive) drug claiming to relieve your headache faster hold your attention?

The pharmaceutical business is extremely lucrative, and much research has gone into deciphering what aspects of a drug consumers will find appealing.

Pharmaceutical companies produce new medications every year. These drugs have gone through rigorous clinical trials lasting on average 12-15 years and are deemed to be both safe and effective. Despite new drugs being made for the same ailments, studies in America and Europe have found new drugs to be boringly similar to the already available drugs in terms of their efficacy. A study conducted in Germany found over half the drugs released between 2011-2017 offered no improvement over existing medications. Modern life is defined by newer = better. This is certainly seen in the technological industry. This notion led Dr Jie to wonder if consumers are indeed indifferent between the new and old drugs in their choices, even when consumers have knowledge that the newer ones are no different from the old ones.

In order to investigate this, Dr Jie asked different sample groups (university students, the general public, and practicing medical doctors) to indicate their choices between older and newer drugs, for real or imagined diseases, for themselves, friends, or their patients. Overwhelmingly, the participants chose the older drug even when they were given the option of no preference, citing the inference of safety as their primary reason.

In one study, university students were asked to imagine that they were infected by a virus and were at the risk of going blind. Would they choose a) a drug released last week or b) a drug released last year – both of which would be equally effective in preventing their loss of sight and the same price tag. The majority of students opted for the older option, even though an “indifference between both drugs” option was also provided. Then, several variations were tried. In one variation, the participants from the U.S. were asked to imagine that one of their friends was diagnosed with multiple sclerosis, and the friend was seeking their advice on two real medications available on the market. Again, participants overwhelmingly suggested the older option while in fact the “launch time” was manipulated by the experimenter. A puzzling pattern occurred: the same drug was more likely to be chosen when it was claimed to be released earlier than later, even though all participants were told scientific evidence showed that both options differ neither in efficacy nor in safety.

One may wonder whether individuals would prefer the new drugs if infected by a rare vs. common disease. Dr Jie tried to answer this question by invoking a common versus rare flu scenarios. Regardless of whether their disease was common or rare, participants came to the same conclusion. That is, the older drug was better. Finally, the results were validated using a sample of 34 real-world doctors with an average of 10 years medical experience. When asked to choose, the doctors again overwhelmingly (over 90%) chose the older drug for treating their patients.

If consumers are more likely to assume older medications are better – despite being told they are not – then pharmaceutical companies could adjust their advertising accordingly.

Dr Jie also identified two antecedents of such preferences: consumers’ risk attitude and their regulatory focus, a concept from regulatory focus theory in psychology. On the one hand, individuals who are more risk seeking are more likely to choose the new drugs; on the other hand, individuals will either be more motivated to alleviate their condition (and so promotions focused) or to minimise risks (prevention/safety focused). Study results provide evidence that prevention/safety focused individuals will choose old medications whereas individuals who are promotion focused, and more disposed to risk taking, will choose newer drugs.

This research has far reaching implications. If consumers are more likely to assume older medications are better – despite being told they are not – then pharmaceutical companies could adjust their advertising accordingly. For example, by emphasising the safety and rigorous testing that newer drugs have undergone. Dr Jie’s findings further provide some guidance for marketing segmentation.

Because risk‐taking and promotion focus can predict consumers’ preference for newer medications, a segmentation strategy for pharmaceutical companies during a new product launch could identify those who are more risk‐seeking and those who are more promotion‐focused. These consumers are likely to be more willing to try new medications.

Newly launched drugs are usually more expensive than older ones; unfortunately, studies show that many new drugs do not offer substantive benefits. This can present a real challenge for the pharmaceutical industry. For the vast number of consumers, they need to be more informed about the aforementioned fact. They also need a strong and unequivocal reason to purchase new drugs, such as clinically proven higher efficacy and/or less side effects. 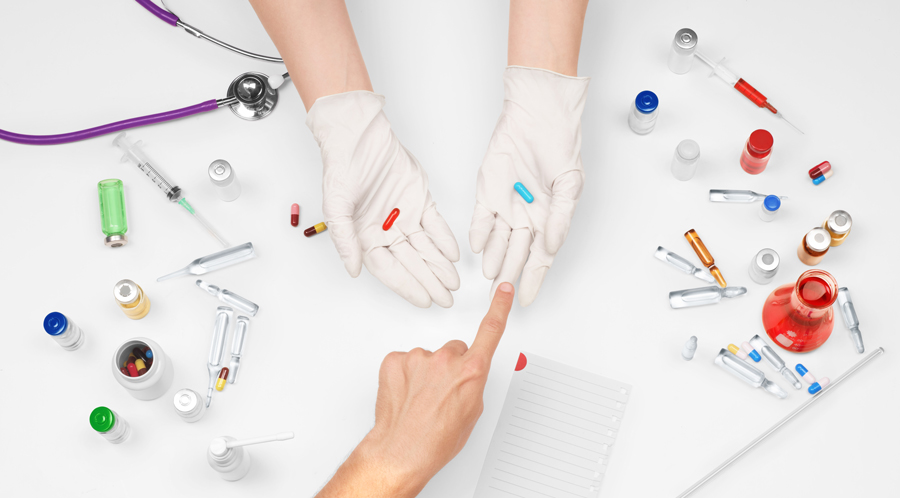 Do you think the same effect would be found if you conducted the studies in more and less educated demographics?

Yes. I don’t think education level can affect people’s medical choices between newer and older drugs. One major reason for consumers preferring older drugs is that the older drugs have been tested for longer in the market. Regardless of how educated one is, such a fact can bias consumers toward the older options. Most people underestimate how long novel drugs have been tested before their launch. In fact, any drug that is officially approved has already been tested for years, despite being called a “new” drug. New drugs are not equal to risky drugs. 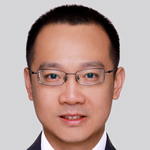