Engineering & Technology
Dr Stanley Luck, a statistics consultant and founding member of Vector Analytics LLC, has developed a novel algorithm for cloud computing technology. Dr Luck demonstrates the use of his improved CART association algorithm in a high-dimensional search problem of nursing home performance, based on the publicly accessible Nursing Home Compare (NHC) database. The results highlight the importance of constructing a complete set of parameters that account for all degrees of freedom for point-biserial variation.

Cloud computing technology with its on-demand resources has become an essential part of daily life. Search engines serve as all-encompassing sources of information, providing details such as our favourite restaurants, health, genetics, and investments. This information comes from data stored in large server farms. These data repositories can be envisaged as giant spreadsheets made up of columns containing numbers or labels. Algorithms, such as the classification and regression tree (CART) algorithm, are required to perform high-dimensional searches of the data to discover patterns and generate useful information for making decisions.

While comparing results from CART analyses with those from genome-wide association studies (GWAS), Dr Stanley Luck, statistics consultant and founding member of Vector Analytics LLC, Delaware, noticed that the results from the CART analyses did not correspond well with the statistical associations of the GWAS. This led him to uncover the extensive research literature that discusses the confounding properties of effect size measures used in his analyses.

Unresolved controversies
Dr Luck demonstrates how ‘statistics practice is subject to fundamental unresolved controversies and contradictions’. This is not a new notion, as many researchers have commented on the use and misuse of p-values and statistical significance, criticising the ‘p-value paradigm’. The current reproducibility crisis, where it has been uncovered that many scientific studies are difficult or even impossible to replicate, serves as further evidence of problems in statistics practice.

Dichotomous data and the point-biserial problem
Dr Luck is particularly interested in an elementary form of dichotomous data often obtained in case-control studies. Suppose, for example, that a group of researchers are conducting an experiment to test the effectiveness of a new vaccine. They would administer either the new vaccine or a control to a group of patients and then collect immune response data for the patients. Immune responses would be recorded as a numerical measure of the quantity of T-lymphocytes – white blood cells that form part of the immune system – and antibodies. The data would then be stored in a spreadsheet as a mixed data-type set, as a column of numbers and a corresponding column of labels for vaccine and control.

In applied statistics, the analysis of such dichotomous data is referred to as a ‘two-sample’ or ‘point-biserial’ association problem. It has applications in many research fields. Dr Luck discusses how, despite extensive research, there is still a lack of consensus on the merits of the statistical methods that are widely used for the point-biserial problem. For instance, the two-sample t-test is archetypal for p-value methodology. The American Statistical Association, however, has recently issued a warning about the misleading properties of p-value for statistical significance. Moreover, concerns about the lack of rigor in research led the National Academy of Science to conduct a study of reproducibility and replicability.

Nonoverlap data
This applied algebraic study of the point-biserial problem was prompted by research on genomic variation in maize at US company DuPont. The data are represented as points in a finite-dimensional vector space, and information is algebraic. Dr Luck explains that point-biserial data can either be sorted categorically or numerically and reveals how the numerical sorting is associated with a novel nonoverlap proportion measure (ρ) for the categorical data.

Overlap data can be visualised as the data points that overlap from one phase (baseline) to another phase (treatment). The proportion of nonoverlap data is traditionally measured as a percentage. The percentage of nonoverlap data is a widely used non-regression effect size descriptor that provides a measure of treatment effectiveness. The higher the percentage of nonoverlap data, the stronger the support for a treatment’s effect. Effect size indicates how meaningful the relationship between variables or the difference between groups is. It signifies the substantive significance, or practical significance, of a research outcome.

Dr Luck discusses the homogeneous coordinates equivalence between Cohen’s d and the point-biserial correlation coefficient rpb. Then, Cohen’s d, rpb and the nonoverlap proportion can all serve as measures of nonoverlap. He discovers that point-biserial data are associated with at least three statistical parameters, namely Cohen’s d, the mean, and the nonoverlap proportion, and warns that data analysis protocols that do not account for all of these parameters can give misleading, irreproducible results. He also shows that assessing the substantive significance requires the specification of cost-benefit trade-offs between these three parameters, as it is difficult to reach a consensus on the merits of an effect size without this information. This is why mathematical considerations alone are not sufficient for identifying a unique coordinate system and an effect size for a dataset. The specification of functional or engineering requirements is also needed.

CART algorithms
Classification and regression tree (CART) algorithms can be used to search for patterns and relationships in highly complex data. CART, a predictive algorithm, is a methodology for exploring possible solutions for a complex decision-making problem. It explains how a target variable’s values can be predicted using other values with a decision tree. Each branch is split according to a predictor, or independent variable. Each node at the end of the branches has a prediction for the target variable being modelled.

Data analysis protocols that do not account for all of these parameters can give misleading, irreproducible results.

An improved CART association algorithm
Dr Luck has incorporated these effect size measures in the development of an improved CART association algorithm, using a proportional displacement measure with correction for unbalanced sample size for the response. He demonstrates its use in a high-dimensional search problem of nursing home performance by applying it to the publicly accessible Nursing Home Compare (NHC) database. The algorithm generates distributions for the number of emergency hospital visits and the number of hospitalisations per 1000 long-stay residents. Monte Carlo methods, computational algorithms using repeated random sampling, are employed to estimate the joint distribution of statistical parameters.

Broader implications
In developing this novel algorithm for cloud computing technology, Dr Luck has observed that a better understanding of the applied algebraic foundations together with improved methodology are important for the application of effect size in data analytics. He concludes that ‘there must be consensus across disciplines. At a fundamental level, data analysis algorithms must apply generally. It makes no sense to have different sets of algorithms for physics versus biology.’ 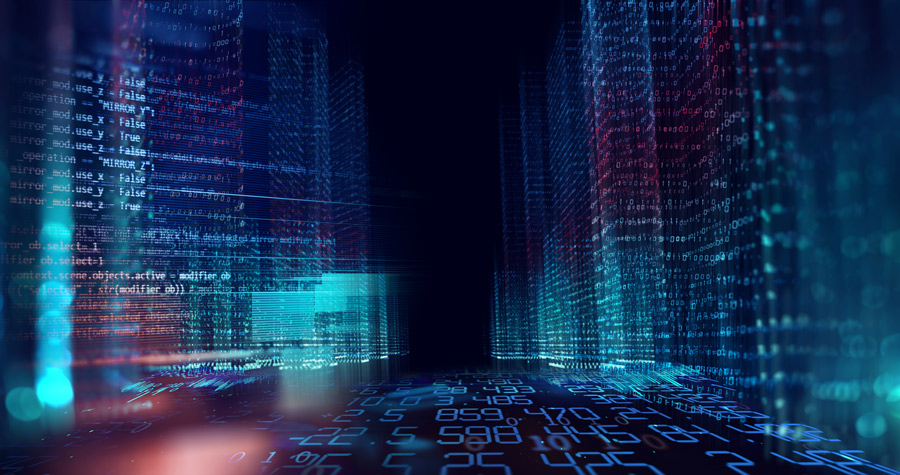 What initially sparked your interest in statistics? <>
My interest in statistics developed naturally as a necessary part of my physicochemical research. In studying a quantitative phenomenon, it is important to have a rigorous intuitive connection between experiment and theory. Then, robust statistical methods are essential for distinguishing between signals and noise, the discovery of novel phenomena, and the development of new technologies. 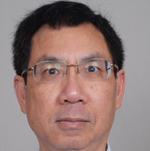 Dr Stanley Luck is a statistics consultant and founding member of Vector Analytics LLC. He develops algorithms for effect size statistics. Formerly, he worked in Genetic Discovery research at E. I. DuPont de Nemours, Inc., and collaborated in the application of genome-wide association (GWAS) and eQTL methods for identifying beneficial agronomic traits for maize.

Stanley Luck has a general interest in mathematical problems and associated algorithms for cloud computing technology.

The researcher received no specific funding for this work.

Dr Luck thanks many former colleagues in the Genetic Discovery Group at DuPont for helpful discussions about genome-wide association (GWAS) and eQTL methods. He especially thanks his biologist collaborator and spouse, Ada Ching.