Behavioural Sciences
Recently, in evolutionary psychology, many theorists have employed adaptive thinking as a heuristic as it generates hypotheses that can later be tested using the standard scientific procedure. A heuristic is a pragmatic method that, while not being complete or optimal, provides sufficient approximate results for later use. Professor Shunkichi Matsumoto of Tokai University, Tokyo focuses his research on the use of heuristics in evolutionary psychology, and in turn seeks to clarify the role that adaptive thinking has to play within the discipline.

Evolutionary psychology is a scientific discipline that has had its fair share of controversy regarding its methodology and this does not appear to be changing any time soon. For instance, there have been many theorists who have doubted adaptive thinking (a strategy of inferring evolutionary behaviours from ancestral selective environments) as a valid method within the discipline. In recent years however, there has been a shift in research behaviours in justifying adaptive thinking as a good heuristic (a pragmatic method of providing sufficient approximate results, even if the method itself is not perfect or complete) in order to generate new and interesting hypotheses about the human mind, that can later be put under the rigorous empirical testing expected of a scientific discipline.

Professor Shunkichi Matsumoto of Tokai University, Japan, explores the role of heuristics in evolutionary psychology and thereby clarifies the role that adaptive thinking has to play within the discipline.

Heuristics and adaptive thinking in evolutionary biology
Firstly, we should further clarify what the two key terms of Matsumoto’s research mean. A heuristic is a strategy used in scientific research to solve problems and discover hypotheses. It is a pragmatic method that, while not being perfect or complete, nonetheless provides sufficient approximate results that can later be put under traditional scientific testing. The benefits of using heuristics include providing novel hypotheses worthy of attention that could not be acquired using more traditional methods, as well as being quicker at finding solutions. The justification of using heuristics is usually based on the fact that they will be further scrutinised once the subsequent research has been undertaken.

Adaptive thinking is a method of inferring the structures or behaviours of an organism caused by evolution from an understanding of ‘prespecified selection pressures’ (eg, the ancestral landscape and habitual conditions of the given organism). As Matsumoto claims, it is a forward looking inference, from past functions (ie, survival traits) to current forms (modern traits). In a way, adaptive thinking is naturally heuristic in value, as it leads to the discovery of previously unknown behavioural features and patterns based on the somewhat ambiguous data of ancestral conditions. In this sense, it can be a good heuristic as it narrows down the amount of potentially true theories from the seemingly infinite number of possible ones, based on whether they make evolutionary sense.

Using heuristics in this context is susceptible to the same pitfalls, biases, and errors as reductionism in general, since the former is a special application of the latter strategy.

Machery and Goldfinch: two heuristic interpretations
There have been a number of criticisms levelled against using adaptive thinking as the primary methodology in evolutionary psychology. One such criticism is of logical consistency. When looking at which behavioural trait may have been favoured by natural selection in the past, researchers are not completely ignorant of the modern features of that given trait and can thus forge an evolutionary scenario which appears to predict the features of the trait, as opposed to finding them new and undiscovered. Here, the credibility of the research is compromised, as it is based on circular reasoning.

Eduoard Machery attempts to use a combination of backward and forward looking strategies (ie, reverse engineering and adaptive thinking, respectively), something he calls the ‘bootstrap strategy’, to escape the aforementioned charge of circularity. In essence, this means that a researcher can use the knowledge of current psychological traits to infer what the past selective pressures may have been, and then use those selective pressures to infer either properties of the already-known traits or uncover some new psychological traits, thereby backing up the former (backward) inference by the latter (forward) one, and vice versa.

However, Matsumoto argues that whether Machery’s bootstrap method proves to be successful in providing novel predictions depends crucially on whether there is any chance to put those predictions to empirical testing that is not a mere restating of observations previously made, ie, that can be designed independently of knowledge about those initial observations. If this requirement is not met, then the charge of circularity will remain intact.

However, there still remain issues with Goldfinch’s argument. Firstly, Matsumoto argues that explanations and hypotheses are mutually exchangeable concepts (rather than dichotomous ones, as Goldfinch attempts to explain they are). In science, any hypotheses are products of trying to explain new phenomena, with their provisional character being emphasised. Similarly, any explanations are open to fallibility and are thus hypothetical in nature. More to the point, using heuristics in this context is susceptible to the same pitfalls, biases, and errors as reductionism in general, since the former is a special application of the latter strategy. Rather than creating novel research ideas each time evolutionary psychologists go about their business, Goldfinch’s method makes it possible that each new research model would share the same initial basic assumptions with one another and thus, cover up each other’s latent biases. As William Wimsatt points out, “the errors produced by using a heuristic are not random but systematically biased.” Furthermore, if left to researchers from other disciplines to complete, the research may continue to be based on the underlying biases that the evolutionary psychologist did not manage to notice, given the unlikelihood that those researchers would detect them anew on their own.

Requirements for adaptive thinking to be a good heuristic
Matsumoto draws two conclusions in his paper. The first is that using reliable (as opposed to arbitrary) heuristics should be considered no less important in evolutionary psychology than the conclusiveness of the final testing procedure; namely, nature does not always get the last word in establishing scientific facts. The second, which follows from the first, is that although adaptive thinking is a fair heuristic, providing the discipline with its raison d’etre of tracing the trait in question back to its historical origin, it can only work effectively when it is substantiated by sufficient historical underpinnings.

If researchers in the field of evolutionary psychology can live up to these requirements and retain an awareness of the aforementioned methodological issues surrounding the practice, then it may eventually provide deeper understanding of our psychology and behaviours based on ultimate, evolutionary causes without becoming a merely degenerative, circular practice.

Can you provide an example of historical underpinnings which substantiate the use of adaptive thinking in evolutionary biology in general?

<>
Many species of migrating birds were known to fly south in winter and fly north in summer. Given this fact, researchers used to appeal to adaptive thinking to the effect that those birds of boreal origin had to migrate south to avoid harsh conditions in winter. However, there remains another adaptive story, of equal plausibility: that those birds were originally of tropical origin and had to migrate north in summer to obtain resources (food or habitat) for breeding; migrating south in winter is just a consequence of migrating north in summer.

These two incompatible versions of adaptive thinking both sounded plausible. However, it was historical research – phylogenetic study of chronological sequence of events – that finally decided the case in favour of the latter: the cladistic analysis revealed that those species of bird are actually of tropical origin.

This means that creating plausible hypotheses by adaptive thinking is not sufficient to establish scientific facts: without historical underpinnings they will remain just-so stories.

Adaptive thinking as a heuristic in evolutionary psychology was last modified: September 10th, 2021 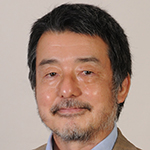 Shunkichi Matsumoto undertakes a critical analysis of the methodology of evolutionary psychology.

Grant-in-Aid for Scientific Research (C) from the Ministry of Education, Culture, Sports, Science and Technology of Japan (Grant Number: JP19K00277).