Although gynaecological cancers are amongst the most lethal cancers in women, treatments for the advanced stages of these cancers are scarce. Dr Saverio Gentile at the University of Illinois Cancer Center has been researching potassium ion channels as a potential target for novel cancer therapeutics. He has found that the use of potassium channel activators greatly reduced cell motility, tumour growth and cancer cell stemness, slowing cancer development. Additionally, existing FDA-approved drugs like minoxidil already target potassium channels. As such they could be repurposed into new, safe treatments for gynaecological cancers that are both low cost and readily available.

Gynaecological cancers, the uncontrolled growth and spread of cancer cells in the female reproductive tract, are amongst the most lethal cancers in women. Whilst these cancers, including endometrial, cervical and ovarian cancers, are a leading cause of death worldwide, they are under-researched. Finding treatments for the advanced stages of these cancers remains a challenge. To overcome this lack of advanced stage treatments, Dr Saverio Gentile at the University of Illinois Cancer Center has been researching a new potential target for novel cancer therapeutics: ion channels.

An ion channel is a type of protein embedded in the membrane of cells. They act as selective gateways for ions, charged atoms or molecules, to enter and leave cells. Ion channels are found in the membranes of all cell types and play several crucial roles in biological processes, like nerve transmission, muscle contraction and secretion of insulin. However, despite having been widely studied in brain and heart disorders, their function in cancer biology is as yet unknown.

Dr Gentile’s research has focused on elucidating the role that potassium ion channels play in the biology of both gynaecological and breast cancers. His aim is to develop a pharmacological strategy targeting potassium channels as a way to treat cancers.

The role of potassium channels
Potassium ion channels are vital in regulating cell motility, the movement of cells using energy. The acquisition of motility is essential in the metastasis of cancer (i.e. when cancer cells travel from one part of the body to another to form new tumours). Specifically, potassium channels regulate the ability of a cell to switch from an epithelial state, in which they are adhered together and stuck to a basement membrane, to what’s called a mesenchymal state, in which they lose this adhesion. This gives cancer cells enhanced migratory and invasive capabilities. As various cancers abnormally express certain potassium channels, it suggests that they could be critical factors in cancer biology.

A drug that could target these channels and affect their function has the potential to arrest tumour growth and metastasis.

Upon investigating this further, Dr Gentile found that several of these channels play a pivotal role in controlling some of the key traits of cancers. These included cancer cell proliferation and tumour growth, tumour metastasis and cancer cell survival. As such, a drug that could target these channels and affect their function has the potential to arrest tumour growth and metastasis, effectively stopping the development of cancer.

Repurposing existing drugs
One such potassium channel, the Kir6/SUR channel, is made up of four subunits of either the Kir6.1 or Kir6.2 proteins bound to a receptor, either SUR1 or SUR2. The Kir6/SUR channel is already a target for several existing, FDA-approved drugs, including glibenclamide, an anti-diabetic medication that targets the Kir6.1/SUR1 channel, and minoxidil, an anti-hypertensive agent that targets the Kir6.2/SUR2 channel. The expression of different Kir6 subunits with either the SUR1 or SUR2 receptor grants the drug tissue specificity, meaning that a drug targeting Kir6.2/SUR2 will not affect tissues with the Kir6.1/SUR1 channel, effectively eliminating any side effects.

Gynaecological cancer cells have been found to express Kir6.2/SUR2 and so can be targeted with minoxidil, which activates the channel. Dr Gentile found that the use of minoxidil to treat ovarian cancer arrested tumour growth by altering the metabolic state of the cells through mitochondrial disruption and extensive DNA damage. Consequently, minoxidil activates a cell death pathway, resulting in greatly reduced tumour growth. The same effect was seen in endometrial cancer cells.

The tissue specificity afforded by the Kir6.2/SUR2 channel meant that minoxidil did not induce any side effects, even in high doses. This overcomes the issues of dose-limiting toxicity that surround current treatments for gynaecological cancers, which can both increase morbidity and limit the ability to deliver the optimal therapeutic dose.

Excitingly, these findings suggest that repurposing of existing potassium channel activators could represent a new and, most importantly, safe therapeutic approach to treating gynaecological cancers that is both low-cost and readily available. As minoxidil is also already FDA-approved, it has the potential to undergo a fast transition from bench to clinic.

Battling breast cancers
It’s not only gynaecological cancers that potassium channels play a key role in. Dr Gentile has also explored their role in the biology of breast cancer.

However, high levels of expression of the gene that encodes for the potassium channel Kv11.1 is associated with good prognosis in oestrogen-receptor negative breast cancer. In the early stages of cancers, expression of Kv11.1 is associated with the transition into the mesenchymal state, allowing the cells to migrate. As such, uncontrolled gain or loss in Kv11.1 activity is linked to tumour progression.

Dr Gentile investigated the effect of activating the Kv11.1 channel on cancer development and found that it significantly reduced the metastatic spread of tumours. Use of a Kv11.1 activator molecule called NS1643 inhibited cell motility by preventing the transition from epithelial to mesenchymal states, thus stopping the cells from migrating and invading other tissues. It was also found to reduce cancer cell ‘stemness’, which is the ability of the cells to perpetuate their lineage and differentiate into different cell types.

NS1643 works by inhibiting the function of a molecule called beta-catenin, which plays an important role in cell motility. It is found mostly at the cell membrane when cells are adhered together and moves to the nucleus to stimulate cell migration by activating a signalling pathway. NS1643 inhibits the degradation of beta-catenin and promotes its localisation to the cell membrane, preventing the cells from migrating. Remarkably, the Kv11.1 channel is not expressed in normal, healthy breast cells, so the use of NS1643 is selective against cancerous cells. Importantly, these types of drugs do not alter heart performance suggesting that a potential therapeutic approach is efficacious and safe.

NS1643 was also found to irreversibly stop cancer cells in one phase of the cell cycle, preventing them from replicating. This arrest of the cell cycle increased the level of proteins in the cell associated with senescence, a state in which cells stop dividing due to stress factors like DNA damage. However, senescence is also thought to be a natural anti-tumour mechanism and thus inducing this state in cancerous cells prevents tumours from proliferating. Additionally, senescent cells are more susceptible to the effects of traditional chemotherapy drugs. As such, activating potassium channels may work both as an anti-cancer therapy in itself but also as an adjuvant therapy, making traditional chemotherapy more effective.

More than just potassium
Whilst potassium ion channels have been the focus of Dr Gentile’s recent research, he has also suggested that targeting channels for other ions may also have therapeutic effects in other cancer types by reviewing similar research literature on the subject. For example, inhibiting calcium ion channels with small molecule inhibitors like mibefradil has been found to reduce cell proliferation in prostate cancer by inducing cell death, and a similar result was seen in gliomas when chlorine ion channels were targeted with activators called bufadienolides. In total, eleven different cancer types showed reduced cell proliferation through targeted activation or inhibition of potassium, sodium, calcium or chloride ion channels.

With treatments for advanced-stage gynaecological and triple-negative breast cancers still severely lacking in availability, potassium channels could present a novel target for cancer therapeutics. Repurposing existing potassium channel activators has the potential to provide a new, safe and effective anticancer pharmacological strategy and increase the efficacy of current chemotherapy treatments.

What are the next steps in getting drugs like minoxidil officially repurposed into new cancer treatments?

The next step is to test the effects of minoxidil through a clinical trial. We are already preparing the necessary steps for this. We are also interested in testing whether our approach can potentiate the anticancer effects of therapeutic agents that are currently in use and reduce their toxicity. 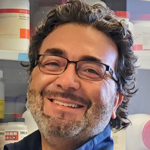 Dr Gentile earned a PhD in neuroscience and studied ion channels at the NIEHS/NIH and Duke university. In 2009 he started his lab in Pharmacology department at Loyola University, Chicago. In 2018 Dr Gentile moved to the Department of Medicine, University of Illinois at Chicago where he directs the Lab of Ion Channels in Cancer.

A multifunctional team was involved in this research: 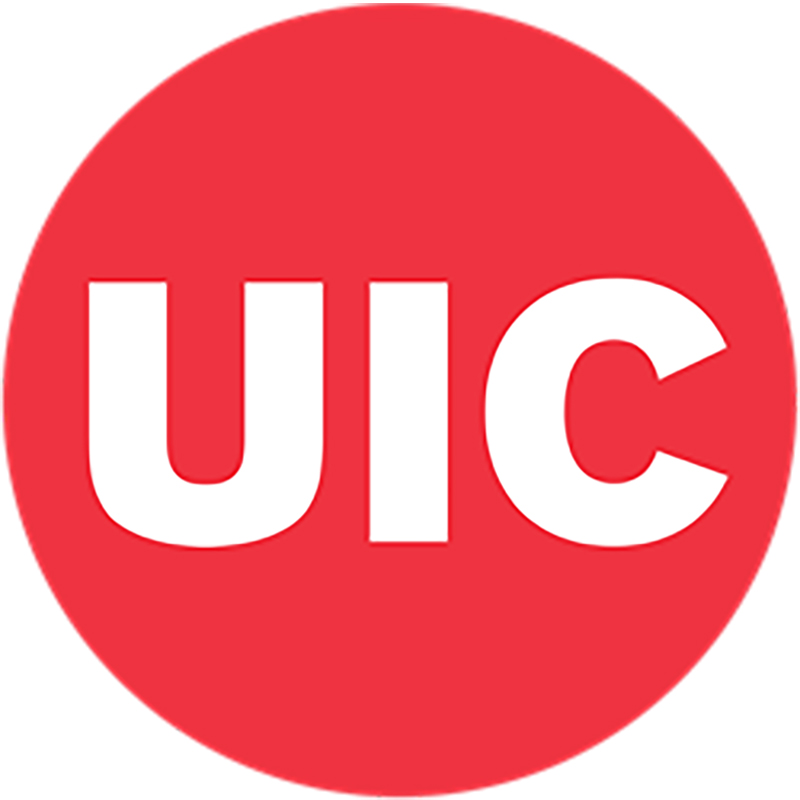