Business & Economics
Every employer wants to be able to assess the productivity of their employees, and employees can benefit from having access to that data and understanding their performance. This is especially true in the construction industry, where delays can have knock-on effects causing creeping deadlines. How can employers identify and encourage productivity in their workforce? Elie AlChaer wondered the same thing whilst working as a project engineer in construction in the UAE. Unsatisfied with existing blunt tools to measure productivity, he created his own that is objective, fair, and rooted in both the existing research literature and his own workplace pilot.

What makes you good at your job? Some would say it’s their attention to detail, others maybe creativity. Or perhaps it’s critical thinking, or problem-solving or being a team player? Or is resilience more important?

Perhaps most important is what your employer thinks about your work. How they measure your success at work has important implications: it can affect how much an employee gets paid, whether they are promoted, what kind of work they do – all could be made based on judgements about productivity.

Is there anything objectively measurable which can act as a sure-fire way to pick, promote or pay staff? Whilst someone with high amounts of the ‘right’ traits may be more likely a good employee, it’d be wrong to assume that any of these guarantee performance in the workplace. What about productivity? It’s hard to argue with productivity as a good measure for an employee’s value at work; you’d struggle to find many managers, CEOs or even employees who would find fault with productivity being the most important component of what makes someone successful. But what exactly is productivity? Or, to pose the question another way, how many organisations detail to their staff how they measure productivity?

Take the construction industry as an example. It accounts for around 5% of US GDP, bringing around a trillion dollars into the country every year. Tens of millions of workers are employed by the industry. How many of them are objectively and fairly assessed on their productivity? Engineering as an industry could – in theory – be a simple case. Whilst measuring productivity in some industries may be cumbersome, in engineering, employees are creating tangible outputs. This means it is fairly easy to use a simple model: someone who completes more tasks correctly is more productive.

However, this definition of productivity – as the rate of output compared to units of input – is not agreed upon. Others define it more specifically, as labour hours divided by installed quantity. Another definition – EVM or ‘Earned Value Management’, used by the likes of NASA – is a mathematical tool to calculate project performance.

AlChaer’s equation is an objective score of employee productivity… Crucially, it is holistic, taking into account important factors affecting workers.

However, these simple mathematical tools fail to account for the myriad of factors which can affect the output of an employee. Someone performing a repeating a task is likely to become more productive over time as they learn how to do the task efficiently. On the other hand, employees may be delayed by uncontrollable factors like weather. It also fails to identify how employees can improve. These tools may have their place in the workplace – they are useful instruments for looking at projects – but they are hardly desirable when it comes to measuring individual employee productivity.

This was what influenced Elie AlChaer, a civil engineer with experience in the UAE, to begin investigating more objective ways to measure productivity, to help inform decisions in the construction industry.

AlChaer details in recent research that, after being confronted multiple times with a need to compare engineers’ productivity for upcoming projects, it was decided that the existing tools were not reliable ways to measure employee performance.

The problem with commonly used measures of productivity is that they are too blunt: they don’t allow project managers to account for factors which may affect employee productivity, many of which may be out of the control of the employee. This is bad news for everyone involved: employees are mis-represented, and employers can’t make informed decisions.

AlChaer, in research published in 2020 in the Journal of Construction Engineering Management, details a new approach – one which remains objective by providing project managers with an equation that can be efficiently and fairly applied, that also provides in-built flexibility, and takes into account which productivity-affecting factors are in the control of the employee. His approach is derived from previous research which finds that productivity is best modelled as having a quadratic relationship with the output of an employee, or ‘work’.

This model relies on having a good definition of work. AlChaer uses a definition similar to the definition used by the Lean Construction Institute for PPC: work is the percentage of assignments that are completed.

However, AlChaer makes an important alteration. Not all tasks are of equal importance – some are more critical than others to the success of the project. To take this into account, tasks are scored based on their criticality: will the project end date be delayed if the task is not completed? This system means that an engineer who completes more tasks more quickly than scheduled are considered to have a higher work score. This is especially true for tasks with high criticality.

Similarly, the system accounts for changes in work. It is well-established in the research literature that changes in work activities negatively impact productivity, and that working on a repeated set of tasks tends to increase productivity.

AlChaer uses these to further refine the quadratic equation, so that when novel work is completed, it leads to higher productivity scores compared to repeated work. This is to factor in the expectation that tasks will become quicker to complete if they are repeated. Engineers can therefore take more time over novel tasks, but quick learners working ahead of the curve can still be recognised.

It’s a fair assessment of performance – taking into account important factors affecting workers – allowing project managers to understand their workforce in a more sophisticated way than they would using existing popular tools.

Another component of AlChaer’s model is the distinction made between internal and external factors. External factors are factors recognised in the construction industry as being out of the control of employees, and can include effects caused by clients, weather, legislation, procurement policies and codes of practice.

Where these affect the engineer’s ability to do work, it would be unfair to allow this to negatively impact their productivity score. As a result, a variable within AlChaer’s quadratic equation takes into account the total delay caused in a month. This variable is designed to factor out delays caused by external factors, while also accounting for sick time and holidays.

The resulting equation is one which can be objectively applied to assess the productivity of engineers, without the need for subjective judgement by management. Each engineer can keep their own spreadsheet, inputting the necessary variables and being given up-to-date information about their own productivity. Because everyone is able to calculate their own score, it is easy for employees to find opportunities for improvement.

AlChaer tested the system at a contracting firm in Dubai where they were working on a fast-paced project covering 21 low-rise residential buildings. Engineers participating in the trials were identified from across the firm’s disciplines at different levels of seniority. Every week, these engineers submitted an update of their productivity spreadsheet.

Two employees in the trial with similar work outputs were calculated to have a different productivity score. Looking more closely at the data for each, the more productive one is shown to be working on more novel tasks, resulting in a higher productivity score.

Another employee working on tasks with high repetition was highlighted by the system as having relatively low productivity. Usefully, the data also reveals that the worker was not facing any delays which would impact their work, meaning that the factors affecting their productivity were a result of their lower work output.

Another more subtle correlation was found in the data. Workers facing more delays were more likely to have a productivity score higher than their work score. In other words, workers facing difficult situations were more likely to be considered more productive than their output would suggest. This demonstrates that the equation makes sensible adjustments to scores which allow for extenuating circumstances. AlChaer’s equation is an objective score of employee productivity, but this is not why it is successful. Crucially, it is a fair assessment of performance – taking into account important factors affecting workers – allowing project managers to understand their workforce in a more sophisticated way than they would using existing popular tools. The system also makes it easy to identify where a project might be delayed, facilitating the provision of support rather than holding an employee accountable for issues out of their control.

While factors such as morale and creativity have a direct impact on productivity, they are difficult to quantify; output on the other hand can be easily measured. The approach taken in this study was to measure the output and work back to find the true input from the employee in lieu of assuming that output is a direct representation of effort and productivity.

Employers understand this dilemma which is why performance reviews are usually subjective; AlChaer’s research into the topic was aimed at providing a tool to enable a data-oriented review of performance.

Can you explain how this tool could be used by project managers to assemble effective teams?

This tool provides managers with the data they need to make informed decisions. If used properly, one will be able to trend productivity data and measure the impact of different management approaches on individuals and overall team productivity. The age-old tale is that each project is different, this tool allows for a controlled and consistent measurement of productivity no matter the situation. Employees will benefit by better understanding their performance and where they can improve. Ultimately, this research is designed to highlight employee performance and give them a voice where needed.

Firms will be able to better forecast projects by factoring in a projected productivity into the schedule and budget; this tool accounts for and measures what is essentially the biggest input the construction equation, human beings. 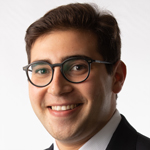 Elie AlChaer is a civil engineer with previous construction experience in the UAE, where he started his research on productivity and how to measure it. He studied at the Lebanese American University, Byblos and completed his graduate studies at the University of California, Berkeley. He currently works in the construction industry in the Bay Area as Senior PM.

2 thoughts on “An objective, holistic and fair tool for measuring productivity”