The platinum-group metals play a central role in several technological applications including fuel cells, electronic devices, and catalysts for oil refining and automobile converters. Owing to the scarcity of these metals, methods for their recycling from end-of-life devices are in increasing demand. Hydrometallurgy, which exploits the ability of specific molecules to selectively dissolve metal ions and separate them from unwanted species, offers a promising route to metal recycling. The efficiency of extractants in solvent extraction, however, are often assessed using model solutions, rather than real metal-rich aqueous phases. Assistant Professor Ana Paula Paiva, from the University of Lisbon, Portugal, shows that the development of efficient new extractants relies crucially on the study of their performance on real spent catalysts.

Platinum-group metals are a group of six precious elements. Clustered together in the Periodic Table, they include platinum, palladium, and rhodium. These metals have similar chemical properties and all of them exhibit high resistance to chemical attack, excellent mechanical and electrical properties, and good ductility. They are also highly resistant to water and tarnish, which makes them – particularly in the case of platinum – ideally suited for fine jewellery. However, their chemical activity is the main factor that explains the importance of these metals in modern technology and the consequent rapid increase in demand for them.

Catalysis
Platinum-group metals can act as catalysts, promoting chemical reactions that would not normally occur spontaneously, and they are therefore extremely important in several fine- and industrial-scale chemical processes, oil refining, anti-cancer drugs, and in the development of electronic devices. An essential and ubiquitous example of their use is in catalytic converters for exhaust emission control in automobiles. In this case, platinum, palladium, and rhodium are the active chemical species that convert harmful exhaust gases (including carbon monoxide, nitric oxide, nitric dioxide, and hydrocarbons) into far less harmful molecules, including carbon dioxide, molecular nitrogen, and water.

Rare and precious resources
The mineral deposits of platinum-group metals on the Earth’s surface are very limited and unevenly distributed, with South Africa and Russia being virtually the only primary producers of platinum, palladium, and rhodium. This explains the high value and cost of these elements and poses severe constraints on their availability as critical raw materials for technology. To avoid ore exhaustion and prevent the irreversible environmental damage caused by large-scale metal extraction, the development of affordable and sustainable recycling protocols to extract these precious species from end-of-life materials and devices is becoming a pressing priority.

Metal extraction
There are two main methods for separating metals from ores or end-of-life materials. One class of techniques, known as pyrometallurgy, uses high temperatures to extract and purify metals. This process has been known and extensively used for millennia. By contrast, hydrometallurgy is a comparatively newer technique, which exploits aqueous chemistry to achieve the same goal. Pyrometallurgy has higher energy consumption and potentially high metal loss and can create severe environmental hazards, owing to the generation of gases and dust during the extraction process. In hydrometallurgy, the energetic and environmental costs are far reduced. In this case, however, specific chemicals, solvents, and separation techniques must be developed and optimised to achieve a satisfactory metal yield and a sustainable process operation.

Targeting metal recovery
The work of Assistant Professor Ana Paula Paiva at the University of Lisbon is devoted to advancing hydrometallurgical techniques, with the aim of optimising them for the extraction of platinum-group metals from end-of-life materials. One of the key ingredients of her approach is the design of new molecules that can act as efficient and selective extractants for metal recovery from waste catalysts. ‘A few groups,’ says Paiva, ‘focus on the adjustment and optimisation of existing commercial extractants, whereas others prefer to design new extracting compounds. In both cases, it is important to realise, however, that solutions obtained from anthropogenic samples generally exhibit different compositions compared to natural primary resources, and their treatment may therefore require different approaches.’ Understanding how to synthesise and tailor extractant molecules for specific metal recovery processes to be carried out on samples of human, rather than natural, origin is an active, and tremendously far-reaching, field of investigation.

Hydrometallurgical solvent extraction
The development of integrated cost-effective and environmentally friendly hydrometallurgical processes for platinum-group metal recycling exploits a technique known as solvent extraction, or liquid–liquid extraction. In the first part of this process, a metal-containing sample is subject to a leaching stage, in which a strongly acidic or alkaline aqueous solution is used to dissolve metal traces. In the case of platinum, palladium, and rhodium, for instance, hydrochloric acid is used for leaching, in preference to other chemicals like sulphuric acid or nitric acid. Chloride media are usually involved in platinum-group metals recovery, and preliminary investigation of solvent extraction processes should always be carried out prior to their application in the treatment of real leaching solutions. ‘Many investigators are aware of the importance of applying successful metal extraction schemes to real catalyst leaching solutions,’ explains Paiva. ‘However, systematic fundamental studies are, in general, necessary and they are always crucial in assessing the actual potential of an extractant prior to its application to real leaching solutions.’

Metal ion transfer
Following the leaching, a solvent extraction scheme can then be applied. In the extraction stage, the aqueous metal solution is put into contact with an organic solvent that can chemically interact with the aqueous metal species and form stable bonds with them, in the form of solvated ion pairs, for example. This is followed by a stripping phase, in which the metal-loaded organic solvent transfers the metal ions to a new aqueous solution, from which the purified metal can then be recovered in the form of the metal itself or as a metal salt. The metal-free organic solvent can now interact again with the leaching solution and bind more metal ions. The process is then repeated.

Urban mining
Successful solvent extraction processes can be used to separate the metal of interest from other impurities dissolved in the leaching solution. Additionally, the organic solvent can be reused in successive extraction-stripping cycles, and is not thought to suffer from chemical degradation during the extraction. Two components are vital for exploiting the stockpile of rare metals contained in discarded electronic equipment and end-of-life catalytic materials: the ability to synthesise organic solvents that can efficiently transfer metal ions from the leaching solution to the stripping solution, and optimising the metal extraction process for anthropogenic waste samples.

Optimising solvent extraction
Understanding the factors affecting metal recycling in hydrometallurgy often requires a systematic assessment of the individual contributions to the solvent extraction process, including the role of the leaching solvent, the efficiency of the organic extractant and, frequently, the influence of potential impurities. This is the first step towards optimising metal recovery for operation in realistic conditions. In a study of the recovery of palladium metal from spent industrial hydrogenation catalysts based on alumina (aluminium oxide), Paiva and her collaborators have systematically investigated the ability of two extractants previously developed by her research team (MCHTA and DMDCHTDGA) to separate palladium from aluminium impurities co-dissolved in the hydrochloric acid-based leaching solution. Her results show that the extraction process proposed recovers palladium with good purity. However, a progressive accumulation of aluminium in the organic solvents was also linked to a decrease in the efficiency of palladium recovery by the stripping phase. To address this complication, potential ways of removing aluminium ions from the organic phases (a process known as scrubbing) are currently being investigated.

From model solutions to practical applications
Although a careful optimisation of the solvent extraction process is a prerequisite for successful metal recovery, the practical application of hydrometallurgy in the real-life treatment of metal waste is often affected by several complicating factors. One of the most ambitious goals of hydrometallurgy in urban mining is the recovery of platinum from spent automobile catalytic converters. In recent work, Paiva shows that one of the organic solvents used in her previous work on palladium recovery (DMDCHTDGA) is also a promising medium for the extraction of platinum from spent catalysts in model conditions. However, its application to real catalytic converter samples proved to be far less successful. Although the organic phase exhibited an excellent loading performance for both platinum and iron ions, the removal of the iron impurities and the stripping of the palladium ions were not accomplished efficiently. Paiva’s efforts are currently being directed toward testing the applicability of solutions containing ammonia to improve the stripping of platinum in the presence of DMDCHTDGA.

What are the strengths and the current main limitations of hydrometallurgy in the recycling of platinum-group metals?

As far as I know pyro- and hydrometallurgy are currently used together to process spent catalysts in most industrial facilities; the former is used for gross recovery, the latter for finer separations. The main strengths are the use of significantly lower temperatures, potential to achieve co-metal extraction, and the ability to operate at both small and large scale. The current main limitations are the abundance of pure scientific targets in literature (the applied sense is often put aside), and the lack of piloting or scaling-up investigation by the engineering community to evaluate the most promising hydrometallurgical processes already developed. 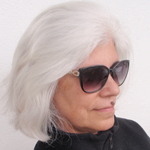 Conveyor belts of the Atlantic Ocean: Moving particles, organisms and litter around the globe
Earth & Environment
Read This Article
Human-centred design as the way forward for organisation design and enterprise engineering
Community Content
Read This Article