High quantities of serum low-density lipoprotein (LDL) cholesterol are portrayed as major risk factors for the development of cardiovascular disease (CVD). Dietitians and nutritionists have advocated the decreased consumption of fats as a whole from diets for many years. It has now been scientifically demonstrated that it does not depend on decreasing a specific nutrient group as a whole for improved cardiometabolic health, but on the class of macronutrient consumed (here, fats) which makes the difference. It has been a common perception preached by many, that increasing the amount of saturated fats in the diet can lead to deposits of LDL in our blood vessels that may cause hardening of the vessels and lead to CVDs and even death. However, some studies have observed people that are not predisposed to CVD, even after consuming high amounts of saturated fats.

Looking closely at Low Density Lipoproteins
There are a variety of LDL particle sizes and these may differ in the CVD risk that they pose to people. For instance, LDL particles can be small and dense (sdLDL), with a diameter of less than 25.5nm, or large and more buoyant LDLs, measuring more than 25.5nm in diameter.

Smaller LDL particles are able to pass through blood vessels easily. These can get lodged in the arterial walls owing to their high binding affinity towards proteoglycans (highly-glycosylated, or highly-sugared, proteins present on mammalian cell surfaces, with proven importance in various diseases) present in the arterial cell walls.

These particles have an increased rate of oxidation, causing them to be taken up by macrophages (immune cells responsible for the elimination of pathogens). This leads to increased atherogenesis, foam-cell formation, and eventually causes hardened arteries and atheroslerosis. In addition, sdLDL particles have reduced binding affinity towards LDL receptors, naturally present in the body. Hence, sdLDLs are considered major causes of coronary heart disease (CHD). Many studies have shown that replacing saturated fats with monounsaturated and polyunsaturated fatty acids can reduce the risk of CHD and CVDs in general, in the body.

Interestingly, there is conflicting evidence on the intake of saturated fat and its effect in predisposing people to CVDs. Meta-analyses of as many as 14 cohort studies have found no significant correlation between increased risk of CVDs and consumption of saturated fats.

The major takeaway was to include optimal amounts of fat in the diet, sourced from whole foods and grains packed with macro and micronutrients.

In fact, they suggested that the relationship was inverse in nature. Studies have also suggested an increase in the number of large LDL particles, rendering the contribution of fats in CVDs debatable. Additionally, whole foods and overall dietary patterns have been found to partially offset the individual effects of fatty acids on CVD. To draw a clear conclusion on the role of fats in determining the size of LDL particles and to subsequently assess their role in CVDs, Dr Erik Froyen’s team conducted a comprehensive review of studies undertaken in this area.

What does the available literature suggest?
Dr Froyen and his team studied the available literature with intervention trials on determining the effect of fats on LDL size, between 1995 to 2021. Multiple studies showed that eating a high-fat diet (comprising of 42.5% of the total energy) resulted in an increased size of LDL particles and reduced sdLDL particles. On the contrary, a diet low in fats (with 24.2% energy coming from fats) caused an increase in the number of sdLDL particles.

Falling for crash, “low-fat” diets might only contribute to a wider array of health risks.

Conclusion
On analysing the size of the LDL particles and their effects on the human cardiovascular system, the major takeaway was to include optimal amounts of fat in the diet, sourced from whole foods and grains packed with macro and micronutrients. Falling for crash, “low-fat” diets might only contribute to a wider array of health risks.

This is in line with the recommendations by the American Heart Association that focuses on including nutrient-dense, whole foods, grains, legumes, green leafy vegetables, and lean protein (fish and chicken) in the diet. It is a wise idea to limit the consumption of red meat, refined- and processed meats, sodium and processed, sweetened food items. In addition, replacing sources of fats from saturated fatty acids to mono and poly-unsaturated fatty acids. The total energy coming from unsaturated fatty acids should not exceed 10%. Trans-fat consumption should be less than 1% of the total energy.

To summarise, there are a number of key takeaways from Dr Froyen’s research. First, low-fat does not necessarily mean healthy; it depends on the source of fats and the nature of food and its matrix of macro and micro-nutrients. Second, one should get approximately 30% of their total energy from dietary fat, with no more than 10% coming from saturated fatty acids and less than 1% from trans-fats. Third, indulging in low-fat diets, while they may still be widely popular, may only increase a person’s risk of heart disease.

Certain studies suggest that individuals following a ketogenic diet will lose weight. However, the weight-loss may also consist of muscle loss. Furthermore, individuals may experience nutrient deficiencies, such as vitamins and minerals. It should be noted, however, that there are conflicting results on the effects of a ketogenic diet on weight-loss and fitness. Some studies suggest that resistance training and periods of carbohydrate reintroduction will help maintain muscle mass. Depending on the individual, the ketogenic diet may or may not be sustainable. However, it may not be advantageous to do so for many individuals – due to potential negative health effects. 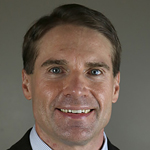 Erik Froyen is an assistant professor in the Department of Nutrition and Food Science at California State Polytechnic University, Pomona. He has a PhD in Nutritional Biology from the University of California, Davis. His research interests include the mechanisms by which fatty acids impact the risk factors for cardiovascular disease.