Life exploded in our oceans 250 million years ago, leading to the biodiversity that we see today. Before this point, however, the plant and animal life in our seas was considerably less diverse. Several theories have been proffered to explain this – often considering both habitat and climate changes – but very few studies have considered the role of phytoplankton. Dr Ronald Martin from the University of Delaware in the US has shed light on the role phytoplankton played in the diversification of life within our oceans. His works show that changes in the land, nutrient cycling, and phytoplankton communities led to a fundamental increase in biodiversity.

The Phanerozoic Eon, which began around 542 million years ago, has been characterised by the diversification of life on Earth. The abundance of animals and plants that we see on the planet today can be traced back to the start of this period, known as the Cambrian, by examining the period’s fossilised remains. From these remains, we know that roughly 250 million years after the Cambrian period there was another explosion of life in our oceans and that marine biodiversity has been steadily increasing ever since. The marine fossil record suggests that this explosion was likely powered by the evolution of phytoplankton, microscopic plants that float in the water column. Phytoplankton form the basis of marine food-web pyramids and so the evolution of these minute plants resulted in increased food availability.

The fossil record also shows that the rise of phytoplankton is largely parallel to the evolution of more modern groups of marine animals over this time. Several new types, or taxa, of phytoplankton appeared, including dinoflagellates, coccolithophorids, and diatoms, collectively known as red algae. These replaced the green algae of the previous era, known as acritarchs, offering new food which supported the emergence of new animals. Despite this, the central relationship between phytoplankton and the evolution of marine invertebrates and vertebrates has not been explored in depth.

To shed light on this relationship, Dr Ronald Martin, from the University of Delaware, US, and his colleagues have explored the link between phytoplankton and the evolution of marine animals by examining key changes in several Earth systems over time. Their work has shown that phytoplankton may hold the key to the evolution of the diverse life forms that we find in our oceans today.

Fossil record of marine biodiversity
The fossil record of marine biodiversity provides a window into the past and has enabled researchers to delineate between three main phases in the development of marine biodiversity. The first phase occurred during the Cambrian period, at the start of the Paleozoic Era around 542 million to 530 million years ago. During this time, known as the Cambrian explosion, many of the phyla (or major groups of animals) began to appear in the oceans. During the second phase, marine biodiversity seemed to slow and was relatively subdued for the rest of the Paleozoic Era. In the third phase, which occurred during the Mesozoic and Cenozoic eras, a rise in modern marine biodiversity was observed, and this has continued to increase steadily until the present day. Scientists have looked to the fossil records for clues as to why we have seen this increase in biodiversity over the last 250 million years. These records suggest that the modern fauna have higher overall rates of ‘energetics’ as evidenced by the increased rates of locomotion and predation inferred from fossils, and implying greater rates of metabolism and food availability.

Roughly 250 million years ago there was an explosion of life in our oceans.

Researchers have proposed several explanations to account for these diversity trends, from changes in sea level and habitat area to the changing climate and distribution of animals and plants within ocean ecosystems. All these factors are related, at least in part, to the changing landscape of the Earth which occurred due to collisions between tectonic plates. The continental collisions at this time resulted in the formation of several of the world’s great mountain ranges including the main Alpine orogeny, which produced the Alps and Carpathians in southern Europe, the Himalaya of Asia, the Atlas Mountains in north-western Africa, the Andes of South America, and mountain ranges of western North America.

Nutrient availability and primary productivity
Another reason for the diversification of marine life that has been importantly overlooked is the increased availability of food within the oceans due to nutrient availability. Several studies by Martin and colleagues have used fossil records to better understand the effects of the influx of nutrients into the oceans on primary productivity or the growth of plant life. They have done this by examining the records of different types of organic compounds such as strontium and carbon, also known as strontium and carbon isotopes.

Phytoplankton are microscopic plants and, like most plants, they produce their own food using sunlight through photosynthesis. While oxygen and sunlight are the main requirements for photosynthesis to take place, nutrient availability is also an important factor and an increase in nutrients can increase primary productivity at the base of food pyramids, potentially resulting in an increase in population size of consumers found at higher levels of these pyramids. In addition, an influx of nutrients into the ocean increased the quality (stoichiometry, or inorganic nutrient content) of phytoplankton, which was also likely an important factor in marine biodiversification.

To understand if the diversification of marine life could be linked to changes in biogeochemical cycles of specific nutrients (the recycling of nutrients), researchers needed to know where the nutrients came from. To answer these questions, the research teams led by Martin explored the weathering of mountain belts and the geological records of volcanism which resulted in large deposits known as Large Igneous Provinces (LIPs). An LIP is a large accumulation of igneous rocks that occurs when magma travels through the Earth’s crust towards the surface and is enriched in the macronutrient phosphorus which is important for phytoplankton growth. These events, coupled with the appearance of more plant life on land and increased nutrient cycling, resulted in an increase in nutrient availability over time.

An influx of nutrients into the ocean increased the quality of phytoplankton which was an important factor in marine biodiversification through geologic time.

Modern phytoplankton of the red lineages are much richer in phosphorous and lower in carbon and support faster growth than the earlier Paleozoic acritarchs. Small animals, such as zooplankton and coral, require carbon, phosphorous, and nitrogen for cell metabolism which also enables growth. The theory states that carbon to phosphorous ratios must be approximately 106:1 to sustain zooplankton metabolism and hence growth, known as the Redfield ratio. If this theory holds, then the earlier inhibition of diversification during the Paleozoic could be due to the increased energy required for animals to consume phytoplankton that were much higher in carbon than the Redfield ratio. Paleozoic animals would have to have first expended energy to respire (‘burn off’) the excess carbon to get the other nutrients, leaving less energy for growth and reproduction.

The diversification of marine fauna that has occurred over the last 250 million years or so can be attributed to changes in the quality and quantity of food available. This was due to increased nutrient cycling arising as a result of the building of mountains, volcanic eruptions, and the evolution of plants on land. Further, this suggests that if sufficient habitats, nutrients, and nutrient-rich phytoplankton are available in abundance, then the continued development of marine biodiversity is unlimited, depending of course on the impacts of anthropogenic climate change. 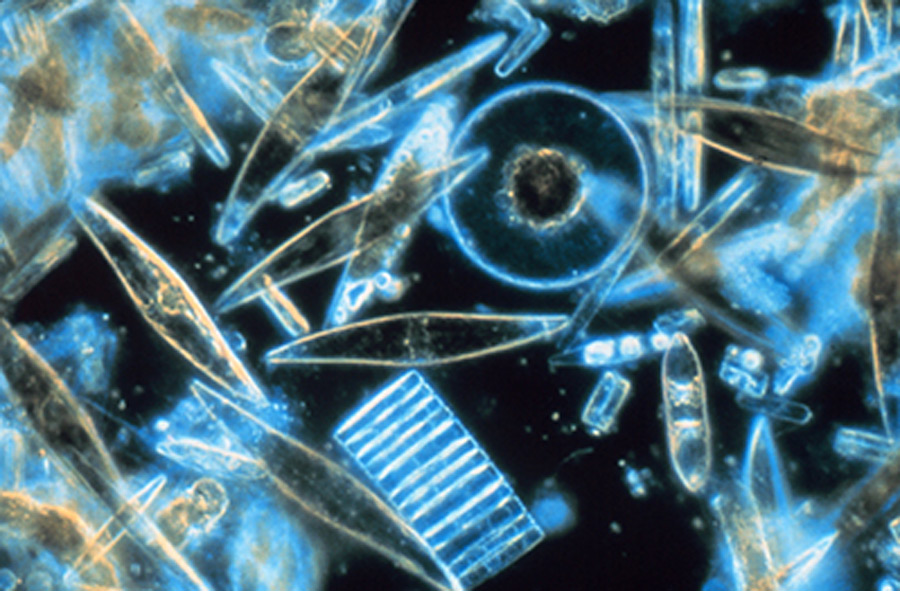 Can we use this information from the past to predict what the future of biodiversity in the oceans might look like?
The Earth’s history predicts the future. Continental weathering requires millions of years, so many nutrients are recycled in today’s oceans by the much more rapid upwelling of deep, nutrient-rich waters to the surface. Upwelling today depends on high-latitude glaciers but global warming is melting the ice packs, so surface waters will warm, making them less likely to sink, and upwelling will likely slow. Today, warming is increasingly being reported to lower oxygen levels and stimulate population blooms of dinoflagellates like those which produce red tides. Similar conditions are thought to have obtained during prolonged ‘greenhouse’ conditions in the Earth’s past.

Do phytoplankton hold the key to the evolution of marine biodiversity? was last modified: November 2nd, 2022 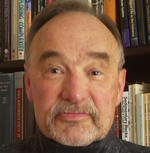 Ronald Martin holds BS and MS degrees in geology and a PhD in zoology, specialising in protozoology. He was an operations biostratigrapher for Unocal (Houston) before moving to Delaware. His research interests include: evolution of Earth’s biogeochemical systems; taphonomy (formation of fossil assemblages); microfossils as bioindicators; biostratigraphy and sequence stratigraphy.

Dr Ronald Martin and his colleagues have explored the link between phytoplankton and marine biodiversity.

Improving the effectiveness of an anticancer fluoropyrimidine by molecular hybridisation
Health & Medicine
Read This Article
Unearthing avian evolution: What can we learn from the skeletons of flightless birds?
Biology
Read This Article