Health & Medicine
Dr Ronald J. Shebuski, President and CEO of Cylerus, Inc., wants to revolutionise the way vascular grafts work. His company, Cylerus, has an innovative way to deliver an antiproliferative drug, sirolimus, in a consistent and controlled manner. This method of drug delivery, via a porous graft material called ePTFE, has the potential to reduce failure of arterio-venous access grafts crucial for haemodialysis and to, therefore, improve outcomes for patients with chronic kidney disease.

Cylerus, Inc. was formed by Dr Stephen Hanson in 2007 to develop new drug delivery approaches for preserving the lifespan of synthetic vascular grafts. Dr Ronald Shebuski was appointed as President of Cylerus in 2010, bringing a wealth of experience in biotechnology development. Also, part of the team is Drs Prabir Roy-Chaudhury, Diego Celdran, and Heidi Mansour (U AZ-Tucson) and Dr Sandra Rugonyi (OHSU, Portland, OR). The vision of the company is to have a positive impact in the haemodialysis graft access market within a short time frame once their novel drug delivery device is commercialised.

Vascular grafts
Prosthetic vascular grafts will often become blocked due to obstruction (stenosis). Stenosis is frequently caused by a proliferation of cells in the vessel, including smooth muscle cells and cells called fibroblasts. Graft failure is the result of the formation of excessive scar tissue which obstructs blood flow within the graft, as well as in the blood vessels connected to the graft.

There are two main types of blood conduits; those created from the patient’s vein, or those made from expanded polytetrafluoroethylene (ePTFE), also known as synthetic or prosthetic grafts. These prosthetic grafts are most commonly used to form arterio-venous (AV) access grafts for haemodialysis patients, which join an artery and vein to provide an access site for needle insertion to hemodialyze, or to bypass an obstructed artery in peripheral vascular disease. However, a high percentage of these grafts fail. For example, prosthetic AV access grafts fail in around 50% of cases, 3 months after placement.

The primary aim of the Cylerus Drug-Eluting Cuff (DEC) graft is to prolong the functionality of ePTFE AV grafts in end-stage renal disease patients who require chronic haemodialysis. There is also a pre-emptive focus, rather than a reactionary one, meaning that possibility of stenosis is accounted for in advance, rather than dealt with if it occurs.

Why is a new product needed?
In the US, there are approximately 125,000 haemodialysis patients with ePTFE grafts. These grafts require an average of 1.6 interventions per year to maintain the functionality of the graft (around 200,000 interventions per year) and to make sure it is possible to connect the patient to the dialysis machine.

Stenosis is the most common cause of graft failure which requires intervention. Unresolved, this can lead to thrombosis (clotting) in the connection between the ePTFE graft and the patient’s vein. This provides strong support for the notion that there is both a medical and an economic need to extend the length of time that prosthetic grafts are viable.

Currently, fistulas are the preferred method for vascular access during haemodialysis, 56% compared to a 32% use of grafts in 2011. This is thought to be due to a campaign by the ‘Fistula First’ program in 2003 and the fact that fistulas have good durability and are low cost with a low risk of complications. However, it is expected that as graft design and graft construction materials continue to advance, and therefore improve the durability and longevity of prosthetic grafts, the preference for grafts over fistulas will increase. If managed correctly, prosthetic grafts can be as effective, if not more so, than fistulas.

The technology
The product designed by Drs Hanson and Shebuski and the team at Cylerus consist of a sirolimus filled pump, which is attached to a catheter leading to a drug delivery cuff. Sirolimus is an antiproliferative drug, meaning that it prevents overgrowth of cells which may lead to stenosis of the graft. The Drug-Eluting Cuff (DEC) is placed around the ePTFE graft close to the graft anastomosis (the point where the patient’s vein and the graft are joined together). Due to the porous nature of the ePTFE graft, the drug is able to move through the walls of the graft into the bloodstream. The drug is then carried by the blood flow to the site of anastomosis, where it is able to prevent the proliferation of cells, meaning the graft does not become blocked and no secondary intervention is needed to correct the graft.

As sirolimus is locally concentrated along the ePTFE graft and peripheral vessel wall, hyperplasia, or cell proliferation, is effectively prevented, whilst still maintaining safe circulating drug levels in the rest of the body. Furthermore, using low doses of sirolimus means that the drug infusion could last up to 90 days before the pump needs to be replaced or refilled; this prolongs graft functionality, whilst avoiding drug effects elsewhere. Drug delivery can also be stopped at any time if any adverse effects arise.

As the drug is derived from a source external to the graft, and then diffuses through the walls of the graft, the flow of blood through the graft itself is not modified. Altering the surface of the graft, e.g. coating it with a drug, runs the risk of invoking adverse healing responses or thrombosis.

Indirectly competitive technologies, such as drug-eluting balloons, are also reported to be under development. However, the approach used by Cylerus has several advantages over these. For example, the balloons deliver the drug intermittently, so the effects may only be transient. In comparison, Cylerus’ approach allows for constant, prolonged drug delivery, directly through the walls of the graft so that a concentrate, uniform amount of the drug is released in a continuous, circumferential and intraluminal manner.

Directly competitive drug-eluting grafts are also under development. However, these may show limitations which Cylerus’ product does not, and have not reported the same decrease in thickening of vessel walls that Cylerus’ studies demonstrated. These limitations include the amount of drug that can be delivered, how it is delivered and damage to the graft itself during implantation.

The goal of Cylerus is to extend the amount of time that prosthetic (ePTFE) vascular access grafts can be used successfully for haemodialysis.

Proof of principal
Cylerus received a Phase I grant from the National Institute of Health in 2012, and since then have been able to demonstrate the effectiveness of their product in preclinical trials.

These studies included trials in baboons and pigs. The trial carried out in baboons showed that sirolimus infusion in baboons with implanted ePTFE grafts resulted in a 79% reduction in the amount that the vessel wall thickened. An important note from this is that sirolimus showed an outstanding local antiproliferative effect but did not suppress the immune system in the rest of the body.

Flow dynamic modelling of a baboon ePTFE model showed a continuous flow of a predicted amount of drug through the blood vessel. This study also demonstrated that Cylerus’ product is able to provide sirolimus at a concentration which is high enough to inhibit hyperplasia, not only at the graft anastomoses but within the surrounding blood vessels associated with the graft too.

The company has a current NIH-funded SBIR project examining the safety and efficacy of this novel drug delivery technology in pigs, a species which is often used as a model for humans due to the similarity of size and anatomy of the cardiovascular systems. In addition to the DEC graft, the drug-filled pump may contain any drug or therapeutic, not just the body-temperature stable sirolimus formation used in this example, opening the door for many more applications of this technology. Certainly, this may form the basis for some of Cylerus’ future products.

What next?
The goal of the Cylerus’ drug delivery technology is to extend the amount of time that prosthetic vascular access grafts can be successfully used for haemodialysis. By 2020, it is estimated that over 500,000 patients will be undergoing dialysis 2-3 times a week in the US.

With their latest preclinical studies due to finish in 2019, Cylerus, Inc. hope that they will soon be able to file the required regulatory paperwork to allow them to progress with the clinical investigational use of their product. Filing these documents will also allow the Company to make the jump from a start-up research and development entity, to a fully-fledged commercial entity.

Providing a drug-eluting device, such as is proposed here, may have a major impact for patients with end-stage kidney disease, as it will decrease the morbidity associated with synthetic graft maintenance, hence vastly improving quality of life, as well as significantly reducing healthcare costs.

How do you see Cylerus, Inc. developing over the next 10 years?
<>Following the successful completion of Phase II of the current SBIR Fast Track Grant awarded Cylerus by the National Institute of Aging (NIA), the company will move into clinical development. The Phase II SBIR will fund FDA-required preclinical safety work at the University of Arizona-Tucson, which is a key collaborator to Cylerus on this project. 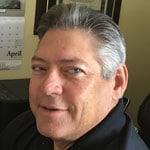 Dr Shebuski has 30 years’ experience in the pharmaceutical industry (Merck, SKF, PNU) and currently is President & CEO of Cylerus developing novel drug delivery technology to prolong the function of prosthetic vascular grafts, particularly for patients requiring chronic haemodialysis. The Cylerus technology was licensed from OHSU in Portland, OR.

Dr Ronald Shebuski, President and CEO of Cylerus, Inc., wants to revolutionise the way vascular grafts work. Cylerus promotes the use of prosthetic vascular grafts with the aim to improve AV access for patients undergoing haemodialysis.