Health & Medicine
Japan’s healthcare system disincentivises longer hospital stays to reduce costs, but also categorises certain complications as secondary diseases, which incur separate additional payments. The high rate of occurrence of these complications makes these costs unavoidable. Hiroki Konno, Associate Professor at the College of Sports Sciences at Nihon University, Japan, studied the implications of this for four prognostic factors affecting thyroid cancer patients, and proposes a simple change in approach that will reduce costs for hospitals and for patients.

In 2003, Japan introduced the Diagnosis Procedure Combination/Per-Diem Payment System (DPC/PDPS) as a way to combat the country’s rapidly increasing healthcare expenditure, which had increased three-fold in the previous 20 years. The new system was also a response to growing concerns over the length of hospital stays, and the challenges of meeting the needs of an ageing population. DPC/PDPS uses a clinical database as the foundation for the efficient delivery of quality healthcare, to promote standardisation of care, and improve transparency in healthcare standards. The database is also intended to help hospital administrators and care providers better understand healthcare outcomes, such as mortality rates, and address disparities in care provision and outcomes between hospitals. The system also gives patients access to pricing information and data-based care standards across hospitals, further encouraging and enabling transparency.

Japan’s healthcare system
DPC/PDPS was initially rolled out at 82 hospitals – less than 1% of all hospitals in Japan. It was estimated that, by 2018, enrolment would expand to 1,730 hospitals and cover more than two-thirds of all Japan’s acute-care beds: beds used solely for curative care and not for other functions such as rehabilitation, long-term, or palliative care.

DPC/PDPS works by classifying each inpatient event and pre-determining the rate of medical costs, first by their diagnosis and then by the procedures needed to treat their condition. The cost to the patient is then calculated and charged ‘per diem’, ie, for each day they spend in hospital receiving treatment, rather than per episode. Basic hospitalisation stays, examinations, diagnostic imaging, medications, injections, and treatments under 10,000 yen are included in a flat daily rate based on diagnostic categories. Surgery, radiation therapy, anaesthesia, and more complex medical treatments costing more than 10,000 yen incur separate charges known as fee-for-service (FFS).

In April 2014, secondary diseases and comorbidities were added into the final amount to pay as FFS. Unavoidable side effects and complications arising from a treatment are also usually classified as secondary diseases, which means patients are required to pay even more if these conditions arise during the course of their treatment. Meanwhile, the Japanese Ministry of Health, Labour, and Welfare (MHLW) has also stated that patients with secondary diseases and comorbidities are predicted to have an extended LOS in hospitals, based on data provided by hospitals using DPC/PDPS. This presents something of a catch-22, with the system disincentivising longer hospital stays, while categorising some of the conditions that produce longer stays under FFS; costs for both patients and hospitals increase.

As an expert in the economics of healthcare, Hiroki Konno from Nihon University, Japan, studied the impact of DPC/PDPS on patients with thyroid cancer to see if new approaches might reduce costs for healthcare providers and patients alike.

Prognostic factors in thyroid cancer
Japan has seen a steady decrease in the mortality rates from thyroid cancer. This is largely due to improvements in treatment, including a combination of thyroidectomy (removal of thyroid glands) and radioactive iodine-131 therapy. Several factors have been found to influence prognosis following a thyroidectomy, including metastasis, or spread, of the cancer into the cervical lymph nodes, age, hypocalcaemia (low levels of calcium), and hypothyroidism (when the thyroid gland does not produce enough hormones).

Cervical lymph node metastasis is common in patients with thyroid cancer, and is especially high, at 30-80%, in papillary thyroid cancer (cancer arising from follicular cells, which produce and store thyroid hormones). It has previously been reported that metastasis increases the risk of post-operative cancer recurrence. Increasing age is also an important prognostic factor in thyroid cancer; patients younger than 45 years are seen to have better survival rates, regardless of the stage of their tumour, while comorbidity and complication risks also generally increase with age. Hypocalcaemia is a common post-operative complication of total thyroidectomy and is caused by secondary hypoparathyroidism (decreased secretion of the parathyroid hormone after removal of the parathyroid glands; the parathyroid hormone regulates the concentration of calcium in the blood). After removing all or a large portion of the thyroid gland, the production of certain hormones can also decrease, which leads to hypothyroidism. All these potential complications of a thyroidectomy will likely lead to longer LOS in hospitals and inevitably higher costs, both to the patients themselves and in terms of the greater resources needed to treat them.

Konno looked specifically at those four key prognostic factors in 434 patients, using their medical and claim records dated from June 2004 to December 2008. His goal was to determine optimal care strategies for future thyroid cancer patients undergoing thyroidectomy, by identifying the resource and cost implications of postoperative complications.

Konno found that patients with one of the following prognostic factors were more likely to have a longer hospital stay in an acute-care bed after surgery:

Konno’s study showed that these four prognostic factors do indeed cause longer length of stay in hospitals.

These prognostic factors have a high risk of occurrence and is out of the hospitals’ control. Calcium metabolism imbalance and postoperative hypothyroidism are not designated as secondary diseases under DPC/PDPS, even though there are high chances of these postoperative complications in thyroid cancer treatment. Konno argues that they should be classified as prognostic factors under the DPC/PDPS framework in Japan. Symptoms of hypocalcaemia include numbness, systemic spasms, hallucinations, and severe cases can cause heart failure or affect the function of the brain. Hypothyroidism can cause drowsiness, impaired memory, depression, lethargy, local swelling, and hair loss. This long list of symptoms can result in patients staying much longer in acute-care beds.

While DPC/PDPS provides an incentive for hospitals to discharge patients more quickly to save resources, Konno’s study showed that these four prognostic factors do indeed cause longer LOS in hospitals. As a result of this study, Konno proposed a solution to this seemingly intractable problem. He believes the key is to identify patients who are likely to develop disorders of calcium metabolism and postoperative hypothyroidism, and transfer them out of an acute-care bed to a more appropriate hospital bed type, such as outpatient care. This would save acute-care costs and means patients could receive better and more efficient treatment with the appropriate resources. Crucially for the patient, it also means they would not incur unnecessary higher charges.

Of course, the importance of this work extends beyond thyroid cancer care. Identifying unavoidable complications from other treatments will enable Japan’s healthcare providers to reconsider optimal acute-care strategies more widely. A revision to DPC/PDPS can reduce LOS, unnecessary costs, and provide optimal care for patients.

How would you revise DPC/PDPS to avoid the tensions between cost efficiency and appropriate patient care?

<>
Highly severe complications that occur after surgery are defined as prognostic factors by DPC/PDPS, and less severe complications are excluded from the DPC/PDPS regulations because they can be treated by sub-acute care. Since DPC/PDPS is a system for acute care, treatments that can be handled by sub-acute care should not be included in it. Strategic bed management to secure a limited number of beds for acute care will contribute to cost effectiveness and improved quality of medical care. 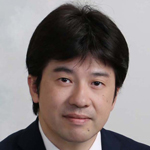 After a Masters in Economics from Hitotsubashi University, Hiroki worked at the International University of Health and Welfare before becoming associate professor at Nihon University’s College of Sports Sciences, where he studies health economics. He won the Encouraging Prize on Health Economics 2005 and has recently published a paper on the importance of promoting medical functional differentiation in Japan, “The importance of Medical Functional Differentiation and Regional Packaged Care ~ after the opportunity of COVID-19 epidemic”.

Hiroki Konno specialises in the economics of healthcare, including medical statistics and the management of healthcare and welfare.