Cardiovascular diseases (CVDs) are conditions that affect the heart and blood vessels, and deaths associated with CVD are usually caused by heart attacks, heart failure, or strokes. CVD is the leading cause of death worldwide, accounting for around 18 million deaths each year.

There are many factors that influence CVD risk, including genetic, environmental, and lifestyle factors. One factor associated with increased risk of cardiovascular events is arterial stiffness. Arterial stiffness describes a process which can occur as a result of ageing and arteriosclerosis (the thickening and hardening of artery walls). This can impact blood flow, for example by restricting the amount of blood that reaches tissues of the body. As a result, the heart has to work harder to push blood round the body, and this increased workload can damage the heart.

Arteriosclerosis can also be caused by the build-up of fatty plaques and cholesterol on the artery walls, something that is impacted by both lifestyle and genetic factors, such as diet, smoking, and physical activity level.

What is ARTSENS®?
Due to the link between increased risk of CVD and increased stiffness of arteries, particularly in the carotid arteries (the main blood vessels that carry blood to the brain), non-invasive measurements of arterial stiffness offers a promising option for screening and early detection of CVD risk. Existing devices for measuring arterial stiffness are often expensive, require expert operation, and cannot be used in everyday clinical settings. This highlights the need for alternative, easy-to-use methods to measure arterial stiffness.

Dr Jayaraj Joseph, Professor Mohanasankar Sivaprakasam, and Dr P M Nabeel at the Indian Institute of Technology Madras, Healthcare Technology Innovation Centre, have developed ARTSENS® (www.artsens.tech), a device that can be used for non-invasive, automated evaluation of arterial stiffness. ARTSENS® uses single-element ultrasound to obtain information about the carotid artery, which is then fed into algorithms that can extract arterial measurements and translate the data into clinically recognised measures of arterial stiffness.

So far, the researchers have created two ergonomic versions of ARTSENS® to take multiple measurements of cardiovascular health. The ARTSENS® Pen offers a novel solution for large-scale screening and population studies. It is a portable device that is able to rapidly assess carotid artery stiffness. Firstly, the patient’s blood pressure is measured and entered into the device. An image-free ultrasound probe is then placed over the neck at the carotid artery location to evaluate the geometrical and material properties of the artery wall. The device is then able to calculate the degree of arterial stiffness.

For a more thorough vascular health assessment, the team has developed ARTSENS® Plus, a device that is able to measure carotid artery stiffness, but which also considers aortic pulse wave velocity (a way to measure the stiffness of the main artery from the heart) and blood pressure from different arteries of the body. This device can be used in both research and clinical settings to pick up early indications of vascular ageing and CVD.

Both devices use intelligent algorithms to automate measurements, removing the need for complex instructions, and reducing the variety that can occur when different people measure the same target. The technology has already been field-tested on over 5,000 subjects and offers a solution to large-scale screening for cardiovascular risk.

A new vascular health marker
Nabeel, Joseph and Sivaprakasam have also proposed a novel way in which vascular health can be measured using incremental pulse wave velocity (ΔC). Every time the heart beats, it generates a pulse, or wave, that travels through the circulatory system, pushing blood around the body. ΔC measures how much the speed of the blood pulse changes within each beat of the heart, at the arterial site under investigation. This means that it is able to provide information about how elastic the walls of the arteries are, as well as other aspects of arterial wall dynamics.

Arterial stiffness means that more effort is needed for blood to pass through the vessels, as elastic arteries would normally buffer pulsatile blood flow and ensure an even flow. Putting more force on blood flow can thereby lead to an increase in blood pressure.

Previous studies have shown that pulse wave velocity from the aorta, the main artery that carries blood from the heart to the rest of the body, can be a useful predictor of cardiovascular illness in several populations, including individuals with kidney disease, diabetes, or high blood pressure. However, ΔC is not currently used as a routine clinical tool.

Pulse wave velocity can be measured by calculating the time that is takes for an arterial pulse (resulting from a beat of the heart) to move between two specified points in the body. Generally, this tends to be between the carotid artery in the neck and the femoral artery in the thigh.

The researchers’ study is the first and largest population trial to explore ΔC. Previous barriers have included a lack of a non-direct and effective method for evaluating ΔC in a clinical setting as well as the absence of a cost-effective tool that is appropriate for use in field studies. The team carried out a cross-sectional study, meaning that they looked at data from a population at a specific time point. They measured ΔC in the carotid artery for 1,373 participants using ARTSENS®.

The results of the study showed that there was a positive association between ΔC and cardiometabolic risk factors. ΔC was around 28% higher in individuals with metabolic syndrome compared to those without risk factors. The researchers also found that ΔC increased when the number of risk factors for an individual increased. The risk factors considered in this study included elevated blood-sugar levels, high cholesterol, high blood pressure, and obesity. In particular, high blood pressure showed the largest impact on ΔC.

Incremental pulse wave velocity was around 28% higher in individuals with metabolic syndrome compared to those without risk factors.

In addition, the study showed that ΔC may be able to predict the number of complications relating to CVD and metabolic syndrome at a population level and was able to achieve this more accurately than methods that are currently used. For example, a ΔC >1.81m/s would suggest that an individual had three or more risk factors relating to metabolic syndrome. In addition, risk analysis suggested that these individuals were also 1.7 times more likely to develop cardiometabolic complications than those with ΔC <1.81m/s.

ΔC was able to detect very small changes in arterial dynamics that occur with certain risk factors for CVD or with other metabolic alterations. The researchers explain that using ΔC in routine vascular health screening may therefore offer more accurate and relevant information than conventional screening methods.

Using ARTSENS® devices for the early detection and screening of vascular abnormalities not only improves identification of patients who may be at risk of developing complications but also offers a possible tool that can be used in both clinical and epidemiological studies to expand understanding of vascular health.

Early assessment of vascular markers allows treatment strategies to be optimised and provides a window in which preventative strategies could be applied to reduce the risk of CVD complications. There is also an opportunity to establish cut-off values of ΔC that could be used for CVD risk stratification at a population level. 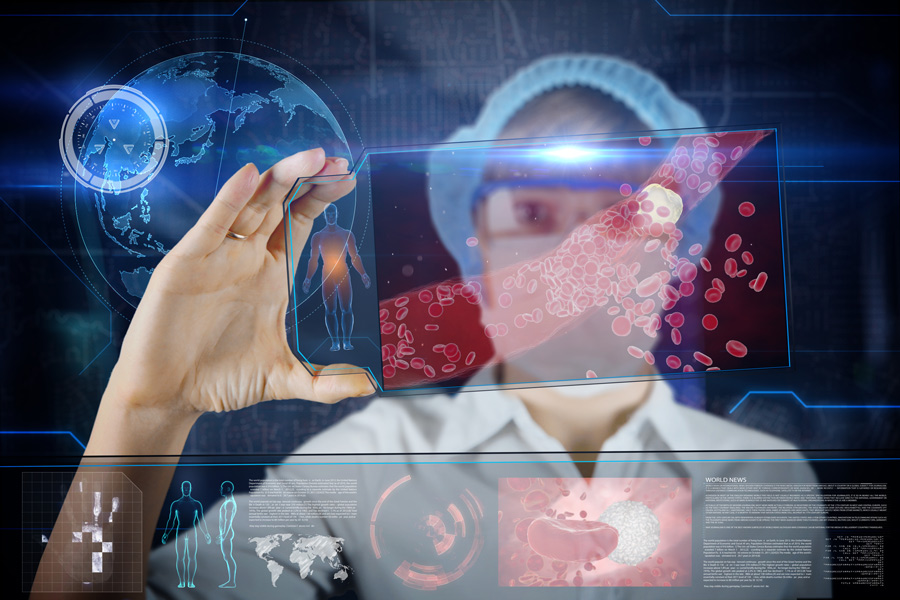 What are the next steps to encourage routine use of incremental pulse wave velocity for CVD screening?

Incremental pulse wave velocity – ΔC – describes vascular structural and functional alterations and demonstrated a positive association with cardiometabolic risk factors. Our study provides evidence for the use of ΔC for early detection and screening of vascular dysfunction. Assessment of ΔC in clinical practice can provide pathophysiological particulars that are not currently captured by conventional vascular markers. We have developed and validated a fully automated image-free ultrasound device for rapid and easy assessment of ΔC in clinical settings, which is currently deployed at multiple sites. Availability of such easy-to-use devices and large-scale clinical studies for establishing the efficacy of such assessments are key to the widespread adoption of novel vascular health markers. 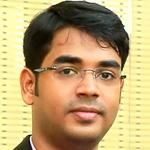 Dr P M Nabeel has received his MS and PhD in biomedical instrumentation from the Indian Institute of Technology Madras in 2019. Currently, he is the Lead Research Scientist in the cardiovascular division of HTIC – IIT Madras. His research interests include vascular ageing, central blood pressure and haemodynamics, local assessment of vascular material properties and biomechanics, vascular toxicity, and gestational haemodynamics.

Dr Jayaraj Joseph obtained his PhD in electrical engineering from the Indian Institute of Technology Madras in 2011. He was the Chief Technologist of HTIC – IIT Madras and is currently an assistant professor of electrical engineering at IIT Madras. He focuses his research on image-free ultrasound for vascular screening, point of care diagnostics, and wire-free physiological monitoring.

Prof Mohanasankar Sivaprakasam received his PhD in electrical engineering from the University of California in 2006. He is currently a professor of electrical engineering at the Indian Institute of Technology Madras, India, and Director of HTIC – IIT Madras. Since 2009, Prof Sivaprakasam has successfully built an ecosystem of technologists, clinicians, and industry professionals, culminating in setting up HTIC in 2011. It has brought together over 20 medical institutions, industries, and government agencies to develop affordable medical technologies for unmet healthcare needs.