Behavioural Sciences
Professor Cathy Humphreys of the University of Melbourne and Dr Susan Heward-Belle of the University of Sydney examine the best ways we can bring about organisational change in the way we handle domestic abuse and domestic violence by fathers, using communities of practice that allow bottom-up participatory action research to bring about top-down complex systems change.

When examining the field of domestic violence (DV), the first thing to note is that the vast majority of cases concern male violence against women and, to a lesser extent, children. What often gets forgotten is that these men are also fathers, and many have ongoing contact with their children. Prof Cathy Humphreys at University of Melbourne and Dr Susan Heward-Belle from the University of Sydney use the terminology of ‘fathers who use violence’ as it reinforces the notion that their children can be both directly and indirectly the victims: violent fathers may abuse their children, and it traumatises children when they witness domestic violence within their family environment. In the latter sense, they are often called ‘invisible victims’.

Prof Cathy Humphreys and Dr Susan Heward-Belle look at the way the role of the father is viewed by statutory child protection, social workers, family service workers, and specialist DV workers, who up until recently have always focused their attention upon the woman/mother and her ability to protect herself and her children. Less light has been shone on the lack of parenting skills violent fathers have, and how this negatively impacts their children both physically and emotionally. There appears to be evidence that this approach can be useful in reducing the psychological harm experienced by the ‘invisible victims’, and programmes such as the Jacana Project and Caring Dads that ‘pivot towards the perpetrator’ have indicated this.

However, shifting the focus of practice not only in child protection but also other organisations working in the DV arena requires the development of knowledge, skills and safety protocols for practitioners to work with fathers who use violence. This is quite a big change to the women/child-centred paradigm that has dominated practice until now. Humphreys and Heward-Belle seek to find the best practices for management as well as inter-organisational cooperation needed for developing the skills and practices that would make this possible, whilst also prioritising the safety of both the families involved and the workers who implement it. 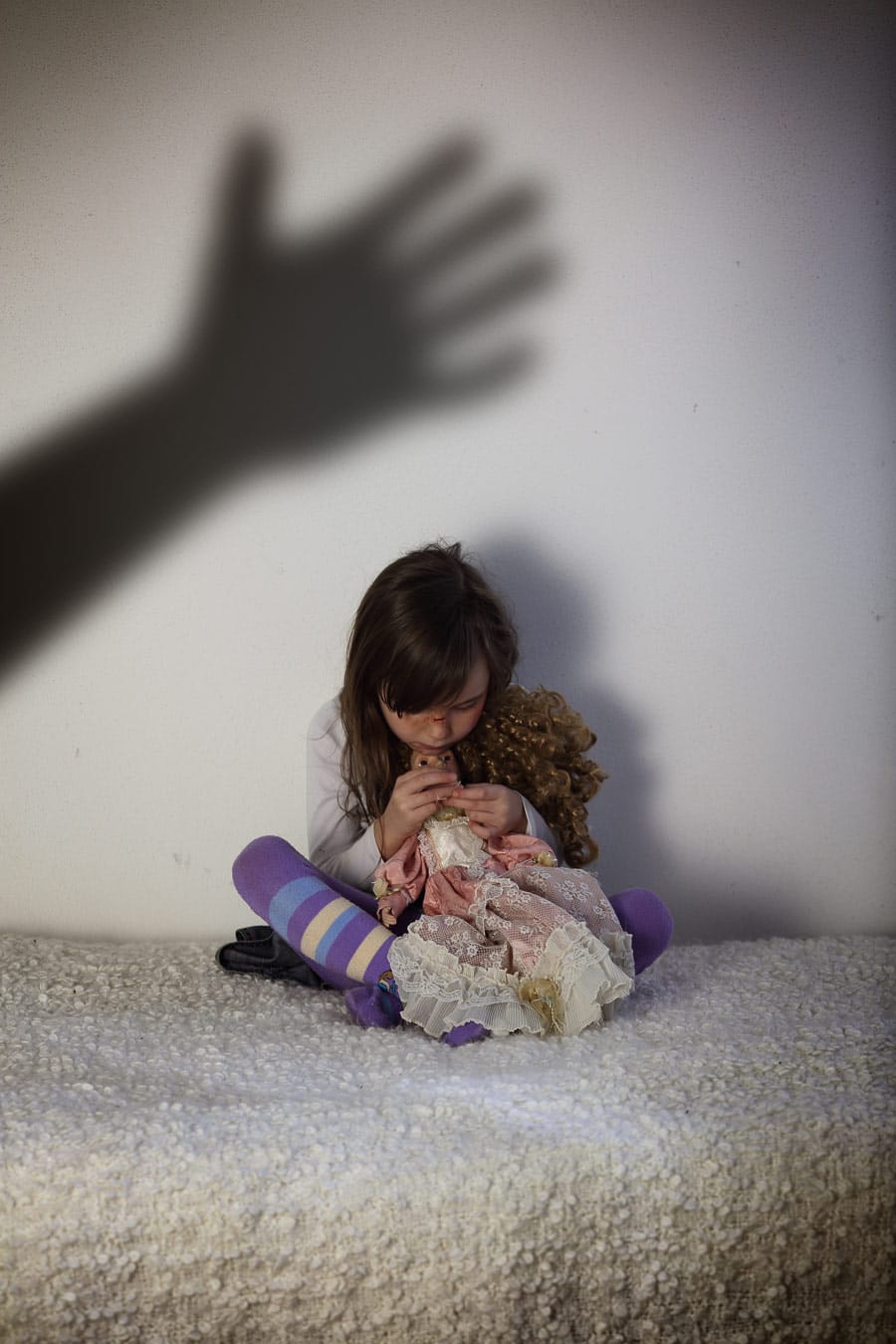 The project
The Invisible Practices Project in Australia embarked on an effort to spotlight current practices that practitioners are using to work with fathers who use violence. As there has been so little research done or literature written on these currently ‘invisible’ practices, it’s unsure exactly what methods they’re utilising. The project also worked toward increasing the knowledge and skills of these practitioners through training, coaching and supervision in communities of practice (CoP) groups. This was done using mentoring from skilled practice leaders at the Safe and Together Institute (S&T), who are a global network of domestic violence-informed child welfare professionals, communities, and systems.

What often gets forgotten is that these men are also fathers, and many have ongoing contact with their children.

This approach involved not only management, but frontline workers being consulted to develop practice-led knowledge building, both anonymously via online surveys, and face-to-face through interviews with practitioners, taking notes at the two-hour monthly CoP meetings held in four different states, and follow-up focus groups after the last of these CoPs. A pedagogy was developed which recognised that practice change required both an approach that was ‘top down’ (facilitative and leadership role from senior managers) and ‘bottom up’ (training, supervision and coaching for front line workers and their team leaders).

What did they find out?
The findings based on the qualitative data highlighted four main themes that were common in all four of the communities of practice groups.

Firstly, one of the areas that seems critical to successful practice change is senior management leadership. Leadership from the top provides the policy settings to create the context for practitioners to change their practice and influence colleagues into changing theirs. However, there still seems to be great diversity of how well this is done.

Some practitioners were very positive about their management:

“We have a very engaged CEO who met with participants to be briefed and is developing an organisation-wide model incorporating S&T systems. Management support was very noteworthy.”

However, for others not so much:

“Our management does not seem to understand the specific risks of DV and what this means for the victim and community at large. They are the decision makers, and this is where we fall down – action is unable to be taken as the decision makers are not informed.”

If an agency is well-organised and provides the needed support for change of practice, this leads to an easy transition to a new working paradigm:

“My agency has two DV practitioners in place as consultants to case managers in order to highlight DV concerns and intervention needs, assisting case managers with risk assessment and safety planning and working with dads. This happens in the form of case consultations regarding families in the service where DV has been identified as high risk.”

The other management problem is with practitioners having overly heavy workloads, which leaves them unable to attend meetings and improve skills and knowledge. This means that management must organise workloads to take into account the need for training and consultation.

Practitioners need organisational support; like victims, they normalise other kinds of non-physical violence such as abusive texts and phone calls.

The second area of note was the strengthening of collaboration within and between organisations working with men, women and children impacted by domestic violence. As is typical of multi-agency bureaucracies with overlapping responsibilities, there can be observed territorial and antagonistic organisational cultures:

“I have been in meetings where they [Child Protection] have always left or they sit reserved or don’t liaise with other services. They don’t say anything. Silence is power.”

A lack of communication can be very harmful in protecting the victims of fathers who use violence, as information that may be vital to their safety may be not be passed from one agency to another, and non-communication may allow the perpetrator to manipulate the situation. In addition, there are inter-agency disagreements in forms of practice, and information may be withheld if there is no trust between them, as one side may feel that communication might lead to the victims being exposed to a perceived high risk. Inter-agency trust and communications are key issues, and everyone needs to be singing from the same song sheet.

Thirdly, there is the necessity of training, supervision and coaching in working with fathers who use violence. Training especially is an area that was identified as of key importance – not only on an individual basis, but as a core competency of an organisation. Organisational S&T training, coaching, and resources alongside peer-to-peer support are key drivers for learning. Some practitioners noted that when training as an organisation, they realised that they had a lot to learn from their peers and it highlighted the areas of weakness they didn’t realise they had. As one respondent puts it, regular S&T group training is:

“…more effective than individual training as it addressed discrepancies in training and experience levels; for example [it]…allowed workers to develop consistency in recording case-notes and focusing on perpetrator behaviours.”

The last area highlighted by the research was the need to enhance the safety of workers. While some agencies are office-based and others frontline, there is a need for everyone to understand the risks of working with what are violent offenders. It is often felt by the latter, that the former don’t understand these risks as they don’t engage with fathers who use violence in their home environment:

“It’s a different mindset…we [CP] have to do home visits while DV services [say] ‘we won’t go into the home’.”

Safe strategies, such as joint-agency visits, are also not implemented, either due to a lack of cooperation or a lack of available resources. Practitioners are also – mirroring DV victims’ behaviour – reluctant to use other strategies such as visits with police as they feel it may antagonise the (violent) perpetrator. Practitioners need organisational support; like victims, they normalise other kinds of non-physical violence such as abusive texts and phone calls. This can be alleviated by post-visit supervision and emotional support that can help workers critically reflect on the nature of the work:

“Sometimes it’s not until after visits that you realise the risks you’re facing. It’s important for [these] system supports to be in place.”

What did they conclude?
Current practice is deeply entrenched and will not be shifted without championing it at the highest levels of an organisation and creating greater comfort for workers through skills development, ongoing supervision and greater attention to the safety and well-being of frontline workers. The research design recognised that working in the domestic violence area requires complex organisational change if greater attention is to be paid to the safety and well-being of children.

In what ways can ‘pivot towards the perpetrator’ benefit both the victims and perpetrators of domestic violence?

<>To date, practice has tended to focus on the child’s mother who is also a victim survivor of DV and her ability to protect her children. Re-orientating practice to the perpetrator of violence and abuse and the impact of his violence on the safety and well-being of children re-focuses the perspective and understanding of risk to the child within their family relationships. The practice of pivoting to the perpetrator is inclusive and recognises that men as fathers (biological or social) play an important role in their children’s lives. It counters traditional approaches to practice that blame women for their own victimisation and the impact of men’s violence on children.

Fathers who use violence: Shifting the focus toward the perpetrator was last modified: June 3rd, 2020 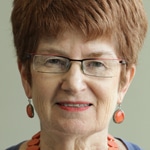 Prof Cathy Humphreys is a leading researcher in the area of gender-based violence. She heads a team of researchers at the University of Melbourne focused on building the evidence to support safety, accountability and strengthened collaborative responses. She is a well published author of more than 100 refereed journal articles focused on all aspects of domestic violence. 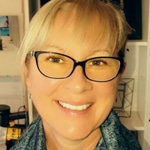 Dr Susan Heward-Belle is a Senior Lecturer at the University of Sydney with 30 years’ experience in the child welfare and domestic violence fields. Her research, teaching and advocacy aim to develop socially just institutional responses that promote the accountability of domestically violent men and honour the dignity of survivors.

Prof Humphreys and Dr Heward-Belle research domestic violence executed by fathers and the ways the organisational context needs to change in order to support social workers and other professionals.

Humphreys, C. and Heward-Belle, S. (2020). Fathers who use violence: Shifting the focus toward the perpetrator. Research OUTREACH, 114. Available at: https://researchoutreach.org/articles/fathers-who-use-violence-shifting-focus-toward-perpetrator/ (Accessed YYYY/MM/DD)